75 years ago, my parents and other Holocaust survivors celebrated Sukkot on their own terms 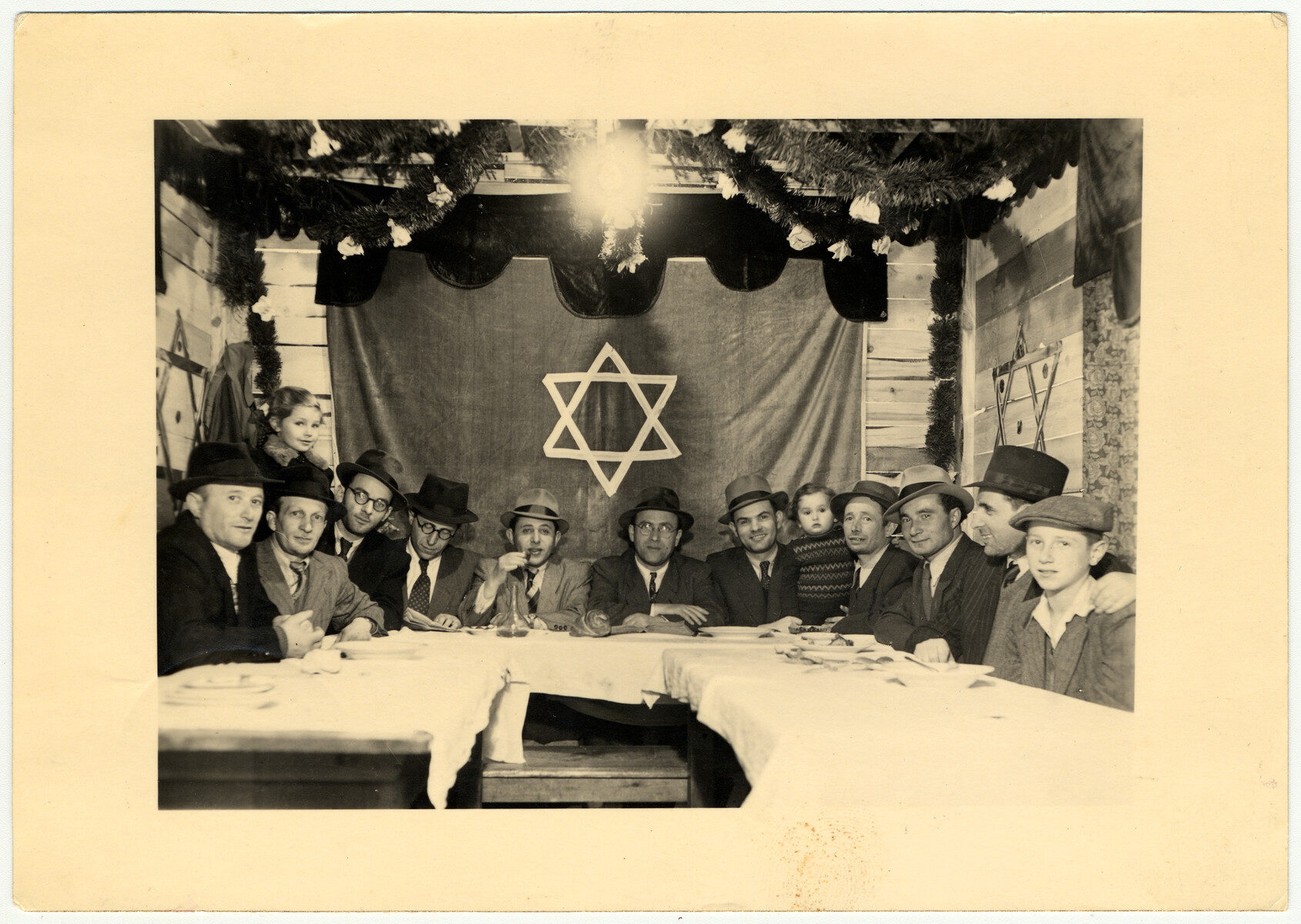 (JTA) — The festival of Sukkot, which begins five days after Yom Kippur, is traditionally referred to as the time of our rejoicing. It is an upbeat, celebratory weeklong holiday during which we are commanded to eat and, ideally, sleep in a temporary dwelling to remind us that the children of Israel lived in booths during their desert sojourn after God had taken them out of Egypt.

Seventy-five years ago, for the first time since their liberation from Nazi death and concentration camps, the survivors of the Shoah sat down together to reflect on their only recently acquired freedom from their nightmarish bondage. At the end of March and early April of 1945, during Passover, most had still been inmates of Bergen-Belsen, Buchenwald, Dachau and other camps, and unable to properly celebrate the holiday.

The first festival after the end of World War II in Europe, on May 18, 1945, was Shavuot, the anniversary of God giving the Torah to the Jewish people at Sinai. But the Holocaust had not yet come to an end: In Bergen-Belsen alone, hundreds were still dying daily of typhus, extreme malnutrition and other vestiges of the horrors they had experienced.

Rosh Hashanah and Yom Kippur of 1945 were similarly still cloaked in solemnity and sorrow, simultaneously enabling and forcing the survivors to contemplate the enormity of the devastation they had suffered. And they had to come to grips with the prospects of a daunting future.

As my mother, who had emerged from the infernos of Auschwitz and Bergen-Belsen, would recall three decades later at a conference of the U.S. Holocaust Memorial Council, “there was no ecstasy, no joy at our liberation. We had lost our families, our homes. We had no place to go, nobody to hug. Nobody was waiting for us anywhere. We had been liberated from death and the fear of death, but not from the fear of life.”

In contrast, Sukkot provided the survivors with a unique respite. In Displaced Persons camps throughout Germany, Austria and Italy, they sat down together, merging traditional prayers and melodies with their individual memories. There was no need to explain themselves to anyone. Everyone there had shared the same experiences in one form or another.

My mother never spoke to me about that first post-Holocaust Sukkot, perhaps because the memories of her murdered parents, first husband, 5 1/2-year-old son and siblings were still too raw at that time for her, as her family’s sole survivor, to rejoice. She did, however, mark the first day of the festival, Sept. 22, 1945: It was her second day on the stand testifying at the trial of the SS men and women who had committed unspeakable brutalities at Auschwitz and Bergen-Belsen.

Indeed, the DP camps themselves were themselves temporary sanctuaries — that is to say, sukkot, the Hebrew term for booths — in which the survivors were able to return to life on their own terms. For many of them, that Sukkot would be the first of several — for some as many as five — such festivals spent in the uncertainty of the DP camps.

Prevented from immigrating to Mandatory Palestine by restrictive British policies, and from settling elsewhere by the draconian immigration laws of the United States, Canada, Australia and other Western countries, the Jewish DPs, much like the children of Israel in the desert, were forced to adapt to temporary conditions over which they had no control.

Their solution was ingenious. Largely left to their own devices, they re-created as best they could the atmospherics of their destroyed homes and communities. They spoke Yiddish with one another. They established Jewish schools and other educational institutions and published Yiddish newspapers. They identified nationally as Jews and engaged in Zionist politics, often to the extreme displeasure of their liberators, who would have liked them to simply return quietly to their countries of origin.

While many if not most of the surviving “remnant,” as they called themselves, were not conscious of it at the time, the Sukkot of 1945 in DP camps such as Bergen-Belsen, Landsberg, Feldafing and Föhrenwald was the harbinger of good things to come.

It wasn’t that the survivors, including my own parents, were rejoicing — their physical and emotional wounds were far too open, far too raw for that. But perhaps they were able to contemplate a future in which rejoicing and happiness might be possible. By Sukkot of that year, marriages were taking place in the DP camps, and the survivors had begun creating new families against the backdrop of murdered parents, spouses, siblings and children.

And so, as we sit socially distant in our sukkot in 2020, with our celebration tempered by the exigencies of the COVID-19 pandemic, let us remember that Sukkot in the DP camps 75 years ago and the far more devastating conditions that forced the survivors of the Holocaust to face the future largely on their own, but also on their own terms.