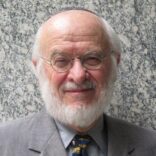 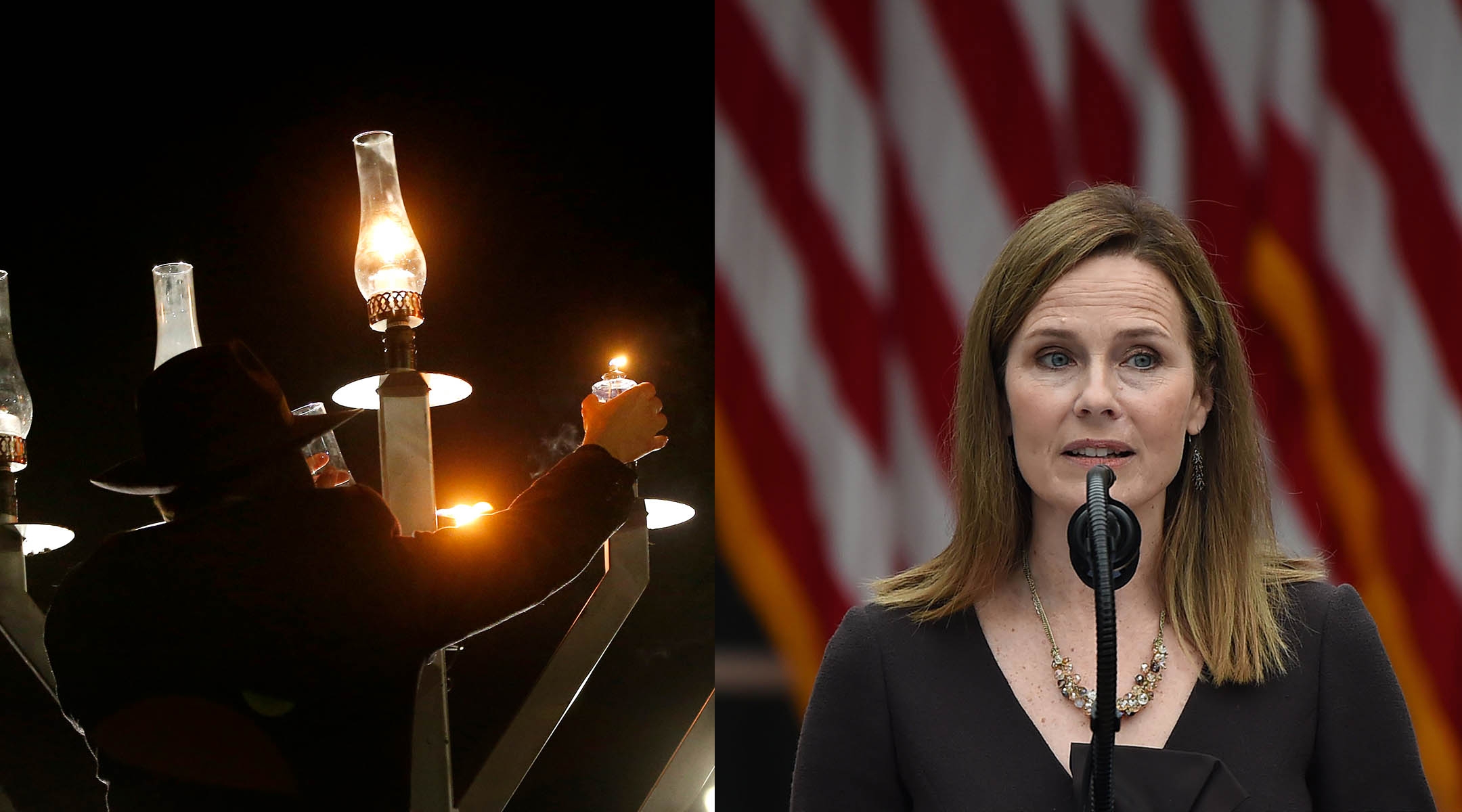 (JTA) — President Trump seeks to replace Jewish Supreme Court Justice Ruth Bader Ginsburg with a devout Catholic from Indiana. Some might worry that this would diminish the Court’s understanding or compassion for Jews in America. They may wonder whether the new Justice has ever met or had any contact with Jews. But having worked with Judge Amy Coney Barrett, I have seen her defend the rights of Jewish Americans firsthand.

As a young lawyer after her clerkship with Justice Antonin Scalia, Barrett was an associate in a law firm of which I am the sole surviving name partner – Miller Cassidy Larroca and Lewin. The firm merged in 2001 – shortly before Barrett returned to teach at Notre Dame – with Baker Botts. (Although invited to do so, I did not join Baker Botts. My daughter Alyza and I formed Lewin & Lewin instead.)

Our firm attracted the cream of young lawyers because of our exciting case docket and because we gave them front-line courtroom opportunities in real-life cutting-edge cases. Supreme Court law clerks vied for associate slots in our firm even after wealthy large law firms began dangling obscenely gargantuan signing bonuses to attract them to the drudgery of young associate labors.

Our firm was distinctly non-political. Jack Miller, the firm’s founder, was a Republican who had been an Assistant Attorney General in the Robert Kennedy Department of Justice. I was — and continue to be — a registered Democrat who has also voted Republican. I was abroad when Bush v. Gore was being litigated, but two of our partners supervised Amy Barrett’s work in Florida assisting the Republican side.

Amy Barrett worked with me in 1999 and 2000 on behalf of Hasidic clients. I had — and continue to have — an ongoing battle with authorities in cities, towns and villages across the country that attempt to hinder or prevent the display of Hanukkah menorahs on public property by Chabad followers of the Lubavitcher Rebbe. (No one contests the right to display menorahs on private property, and no Jewish group other than Chabad-Lubavitch, to my knowledge, has tried to erect and display large menorahs on central public locations.)

The Supreme Court had ruled in 1989, in a case that I argued, that such a display in front of Pittsburgh’s City Hall was constitutional, and we then won full-court en banc victories in Grand Rapids, Michigan, and in Atlanta, Georgia.

Nonetheless, the New Jersey chapter of the American Civil Liberties Union challenged Jersey City’s display of a menorah and a nativity scene in federal court. Chabad, represented pro bono by our firm, came into that case as a friend-of-the-court, and Richard Garnett, Amy Barrett’s colleague at Notre Dame (then a fledgling lawyer and now a highly respected professor), argued successfully in the Third Circuit Court of Appeals that the display was constitutionally permissible. (The court’s majority opinion was written by then-Circuit Judge Samuel Alito)

Amy Barrett joined the firm at about the time we won the Jersey City case, and she enlisted in my menorah team. She also worked intensively with me in another major litigation that exposed her to the Hasidic community. After four residents of the Hasidic community of New Square were found guilty of federal fraud charges, the leader of the community – the “Skverer Rebbe” – asked me to represent them in a professional capacity. I undertook that task, drafting appeal briefs for all the defendants. Amy was a central player on our team, and my records reflect meetings with her and legal memoranda she wrote.

I presented oral argument in that appeal in May 2000. I can’t recall whether Amy came to New York for that occasion, but other counsel remember that she was there. We lost the appeals in August 2000. Then, to our surprise, President Bill Clinton commuted the sentences of the Skverer defendants as he left the White House in January 2001. (A criminal investigation into whether Hillary Clinton and the Skverer Rebbe had made an illicit bargain when she visited him during her 2000 campaign for election to be senator from New York was closed with no criminal charge in June 2002 by then Republican United States Attorney James Comey.)

When Ruth Bader Ginsburg was nominated for a Supreme Court seat in 1993, I was visited by FBI agents doing a background check. I asked them why I had been chosen for this distinction, since I knew her only from several random meetings. They replied that the sole Jewish associations on her resume were affiliation with the International Association of Jewish Lawyers and Jurists (I was then president of its American section) and the American Jewish Congress. She was not then a member of any synagogue or other nominally Jewish group.

Justice Ginsburg deserves great credit for being proudly Jewish after she took her Supreme Court seat. (I was called by her office to instruct them how to affix a mezuzah to the door of her chambers.) Her successor’s religious conviction may not be Jewish, but understanding of, and sympathy for, traditional Jews is an important part of her history.