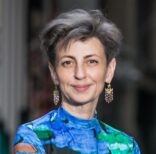 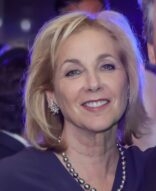 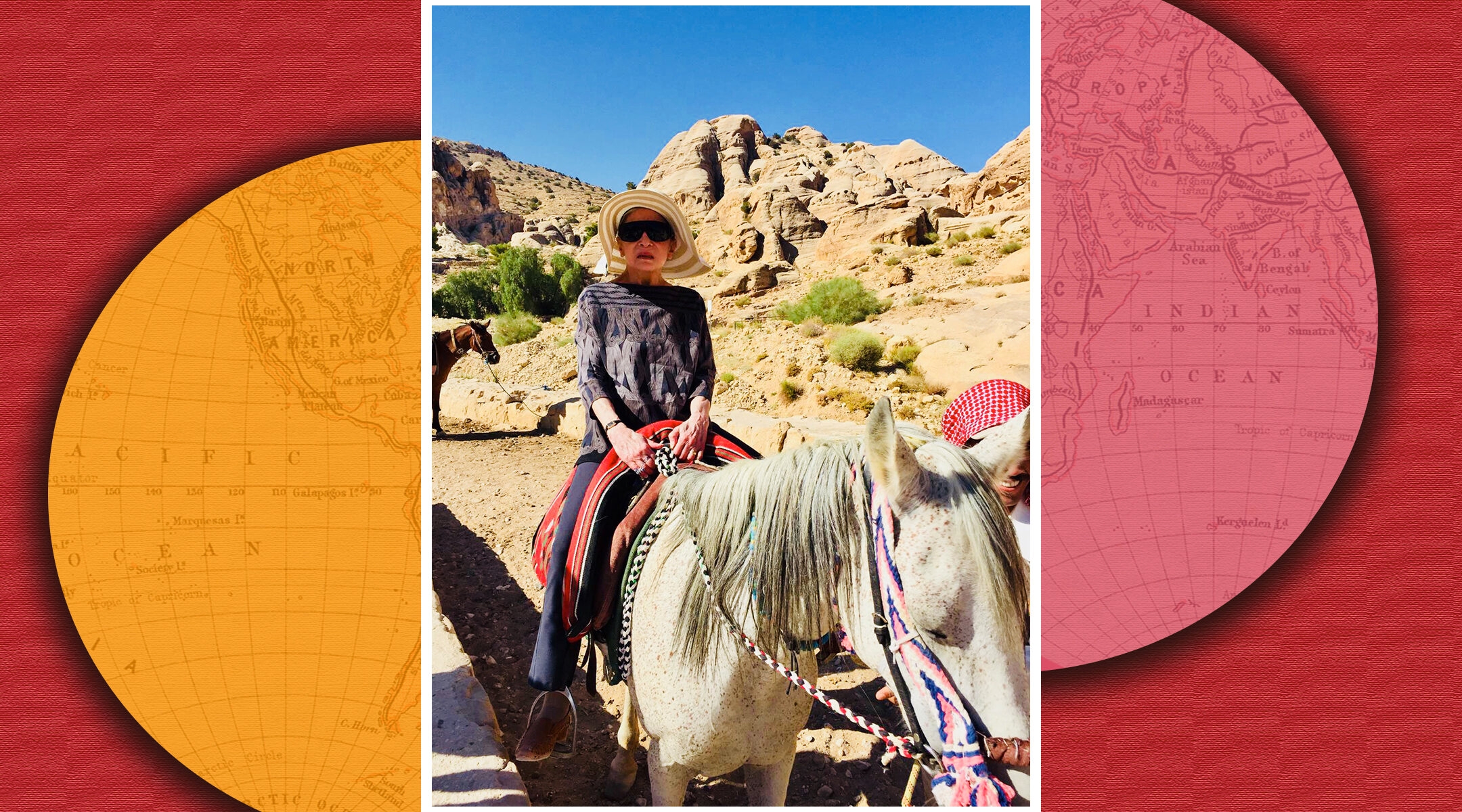 (JTA) — As executives at a foundation that celebrates Jewish achievement and contribution to the world, we have been privileged to meet some truly remarkable Jewish people of our time.

But getting to know the late Justice Ruth Bader Ginsburg was an honor life rarely affords — not just meeting our hero, but also spending meaningful time with her.

Oct. 29 marks the end of shloshim — 30 days since Justice Ginsburg was laid to rest. Jewish tradition allots this time to embrace the loss and to reflect on the memory of the departed. We have had much to reflect on.

In October 2017, we traveled to Washington, D.C., to meet Justice Ginsburg in her chambers at the U.S. Supreme Court. In 2018, our foundation conferred the Genesis Lifetime Achievement Award on Justice Ginsburg, honoring her contributions to women’s rights and civil liberties.

Upon entering her chambers, we saw the prominent inscription: “Tzedek, tzedek tirdof “— Justice, justice shall you pursue. The proclamation of her Jewish heritage in the context of her profession was there for all to see, in her words: “a judge, born, raised, and proud of being a Jew.”

She took a genuine interest in both of us, asking about our families and where we were from. We bonded as Jewish women, and learned that we had many things in common, including that all three of us have faced and overcome gender discrimination in our personal and professional lives.

We spoke extensively about the award and what it meant. We asked the octogenarian judge whether she was able to travel to Israel to accept the award. RBG had not been to Israel for almost 25 years.

She replied: “Yes, I would like to make one last visit to Israel.” We understood then just how important the trip would be for her.

As we spent four days by her side in Israel in July 2018, we learned just how important it would be for us. 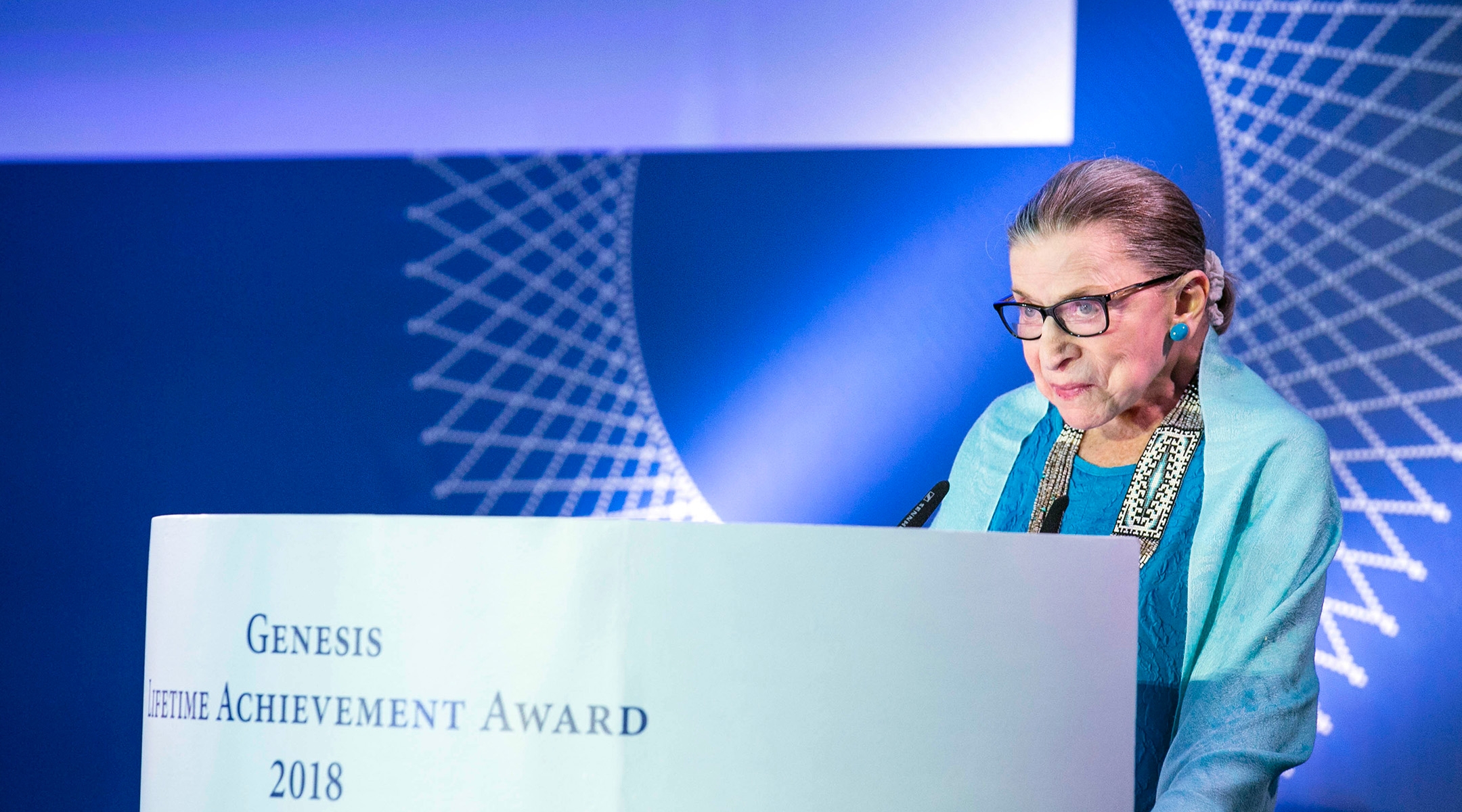 In Israel, the 85-year-old justice insisted on a full schedule. The morning after her arrival in Tel Aviv, she sat down with dozens of leaders of Israeli women’s organizations to learn about — and encourage — their work. The audience mirrored the diverse ethnic make up of modern Israel. NGOs represented in the room focused on a wide range of women’s issues, from education to violence to the right to divorce. They spoke for hours. Up to this day, women who were there continue to tell us how important this meeting was for them — not just as a source of inspiration, but as a roadmap for advocacy and a powerful reminder of the magnitude of social change that can be achieved in one lifetime.

RBG was keenly interested in promoting equal opportunity for all women and girls in Israel: Jewish, Muslim, Christian, Druze and Bedouin. In honor of Justice Ginsburg, The Genesis Prize Foundation distributed $3.5 million in grants to non-profits focused on women’s rights and empowerment. Today we take pride in the fact that grants distributed in honor of Justice Ginsburg reflected her worldview.

RBG’s humility shone through, as she was the guest of honor at Israel’s Supreme Court. She spoke briefly, deferring to her hosts, and praising the Jewish state’s Supreme Court for its pursuit of justice and equal opportunity. Even though she was the honoree, she chose to honor the institution and others in the room.

At the award ceremony in Tel Aviv, Justice Ginsburg received a lifetime achievement award from Aharon Barak, the former president of the Supreme Court of Israel. The two have had a longstanding intellectual bond. RBG had previously cited the landmark ruling of Israel’s Supreme Court (then led by President Barak) that banned the use of torture to obtain information from terrorist suspects. In a rare case of a U.S. justice citing foreign precedent, RBG said she was affected by the “tremendous persuasive value” of this legal opinion.

Their admiration was mutual: In presenting the award, Aharon Barak described RBG as “one of the great legal minds of our time and an outstanding Jewish jurist, whose pursuit of human rights and justice for all stems from her Jewish values.”

The award ceremony at the Rabin Center in Tel Aviv made history in another way: All living justices of the Supreme Court of Israel came to honor their U.S. counterpart. Among them were other outstanding women: former Supreme Court Presidents Dorit Beinish and Miriam Naor and current President Esther Hayut.

During her trip, RBG took the time to meet with Rona Ramon, an influential education activist and wife of Israel’s first astronaut, Ilan Ramon, who died in the 2003 Space Shuttle disaster. Like RBG, Rona too had been diagnosed with pancreatic cancer. Two prominent Jewish women, both stricken with cancer, who had lost their husbands, met privately. We don’t know what they talked about, but both emerged from the meeting teary-eyed; Rona, in her own words, “full of hope.” She passed away five months later, less than two years before Justice Ginsburg.

Despite her age and frailty, RBG was a pillar of strength, refusing to give in to jet lag or scorching July heat. After a packed visit, she traveled to the Red Sea and then on to Jordan, where she rode a horse into the ancient ruins of Petra.

For us, the most emotional part of Justice Ginsburg’s visit to Israel was her tour of the Old City of Jerusalem accompanied by human rights activist Natan Sharansky, whom she met for the first time on this trip. Together, the four of us walked through the ancient streets of the Old City, reliving her childhood memories triggered by the smells of the Jewish Quarter, and answering her many questions.  She asked about the separation of women and men at the Western Wall and learned how Sharansky tried to negotiate a gender-neutral prayer space. 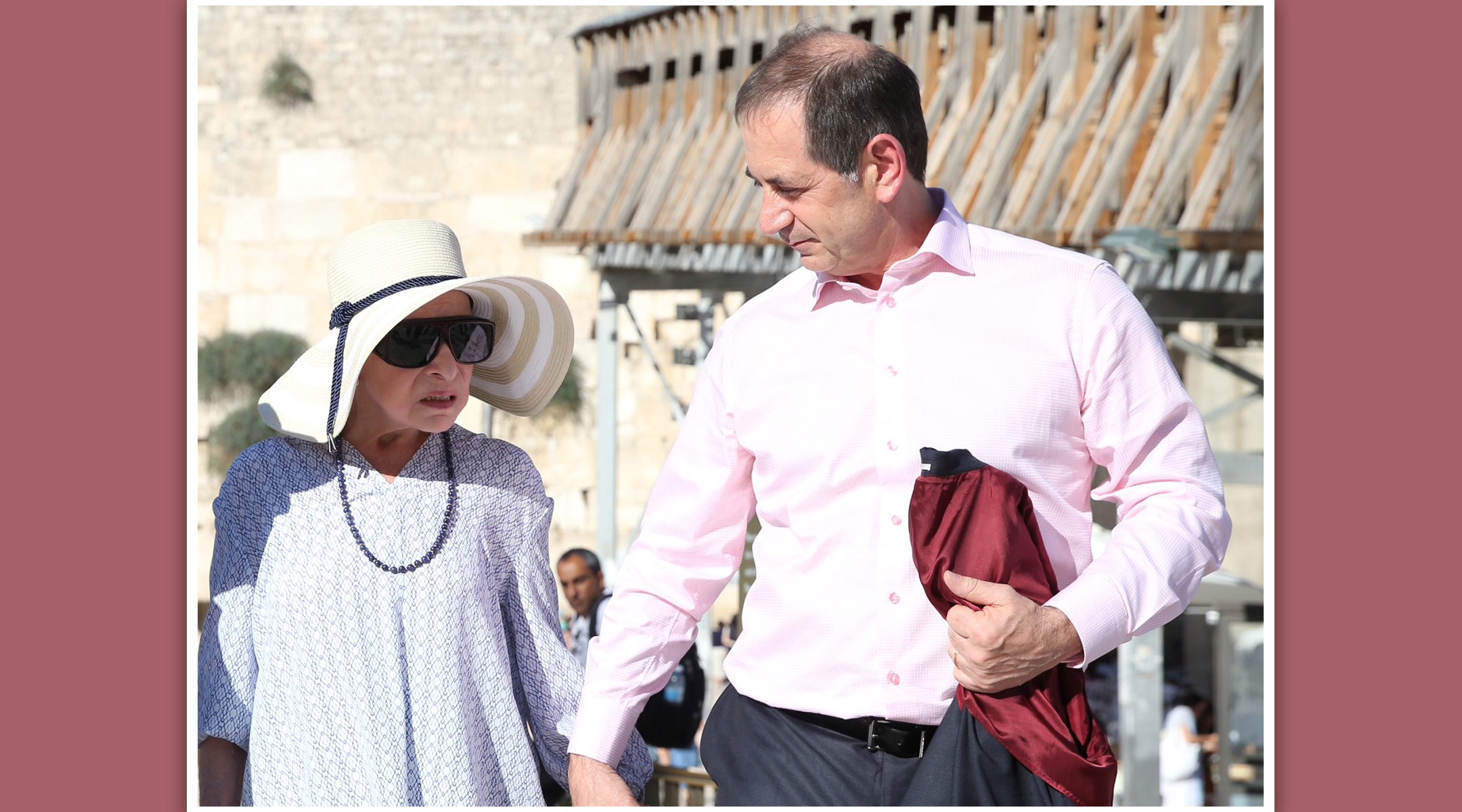 We met our foundation’s co-founder, Stan Polovets, and made our way across the plaza to the Western Wall. Approaching the wall, RBG stretched out her hands; she didn’t just touch – she embraced the stone. Sunset came, as she stood, merging with the ancient rock and looking up to the sky. It was a mystical moment: a great daughter of the Jewish people, and a small woman, in communion with the symbolic foundation of Jewish peoplehood.

It is taught that at the end of shloshim, having reflected on the legacy of the deceased, one is to return to life with a sense of renewal. RBG’s legacy as a jurist is now firmly enshrined in America’s legal system. But what is her legacy as a person?

To us, she embodied the quintessential Jewish qualities, ever so needed to stay true to the principle of tikkun olam. “It is not your responsibility to finish the work of perfecting the world, but you are not free to desist from it either.” (Rabbi Tarfon, Pirkei Avot 2:21)

May the memory of Justice Ruth Bader Ginsburg forever be for a blessing.

Sana Britavsky
is the Deputy CEO of The Genesis Prize Foundation and head of the Foundation in Israel.

Jill Weber Smith
is a Senior Advisor to the Chairman of The Genesis Prize Foundation.
The views and opinions expressed in this article are those of the author and do not necessarily reflect the views of JTA or its parent company, 70 Faces Media.