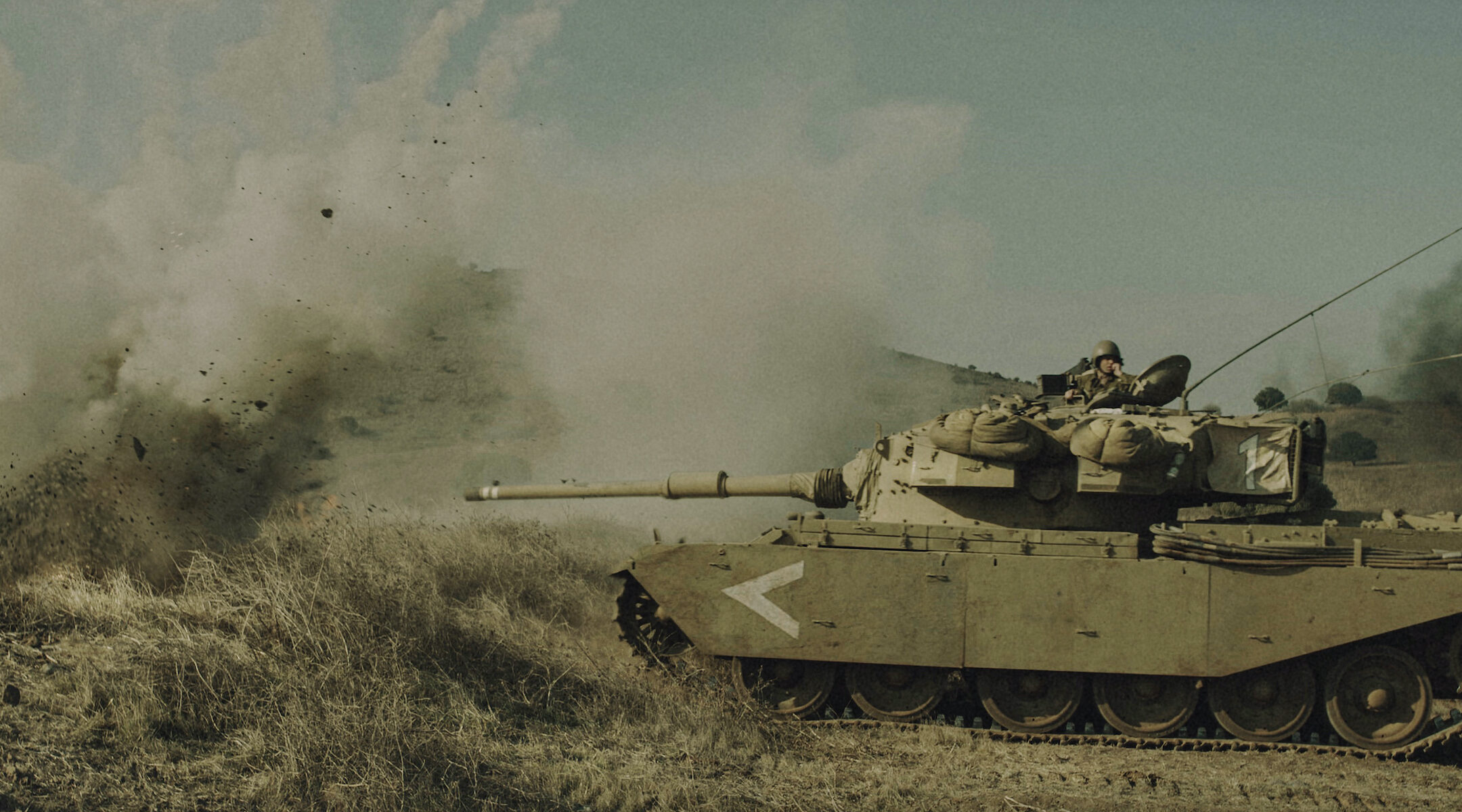 "Every year there are new documentaries," said co-creator Amit Cohen. "But nothing has the same visceral effect that this show has." (Courtesy of HBO Max)
Advertisement

(JTA) — In an early episode of “Valley of Tears,” the Israeli miniseries about the 1973 Yom Kippur War that debuted in the U.S. on HBO Max on Thursday, a main character grimaces as he falls awkwardly against a rock toward the end of a tense battle sequence. There’s no blood on his uniform, so it’s apparent that he must have hurt himself in the tumble.

During filming, life imitated art: The actor Aviv Alush, who plays the heroic Yoav, broke his ribs against the rock.

Meticulous realism was central to the production, which is being touted as the most expensive in Israeli history, and is currently breaking Israeli viewing records.

Israelis are “very neurotic as an audience and will always check every small detail,” said co-creator Ron Leshem. Before writing, he and co-creator Amit Cohen studied Israeli army lingo and thousands of soldier testimonies. They also found and rehabilitated tanks that were actually used in the war with the help of Israel Defense Forces technicians, who outfitted them with new engines.

“I’m so envious of the people who have so much free time to dive into checking if this kind of candy bar was already available [back then],” Leshem said on a Zoom call from his home in Boston. “They’re obsessed.”

But Zilberman, Leshem and co-creator Amit Cohen also felt an unprecedented level of pressure in bringing to life a war that had both traumatized so many Israelis and had never been portrayed on this kind of cinematic scale. They say the show, which has been airing in Israel for weeks, has already succeeded in “opening the wound” of the war — a phrase all three used — and helping families begin to reckon with their repressed experiences of it. Cohen, who like the other two says he has been deluged with texts and online responses about how accurately the show has depicted the war, calls it a kind of “national therapy.”

“Every year there are new documentaries, or you have special editions in the newspaper with interviews and exposés bringing new stuff. But nothing has the same visceral effect that this show has,” Cohen said on Zoom from Los Angeles.

The Yom Kippur War was Israel’s worst military disaster, bringing the country to the brink of destruction only six years after the 1967 Six-Day War, which established Israel as the region’s premier military power as it dispatched forces from Jordan, Syria and Egypt in a matter of days. The opening of “Valley of Tears” contains newsreel and other footage meant to convey how elated Israeli society felt after that win. 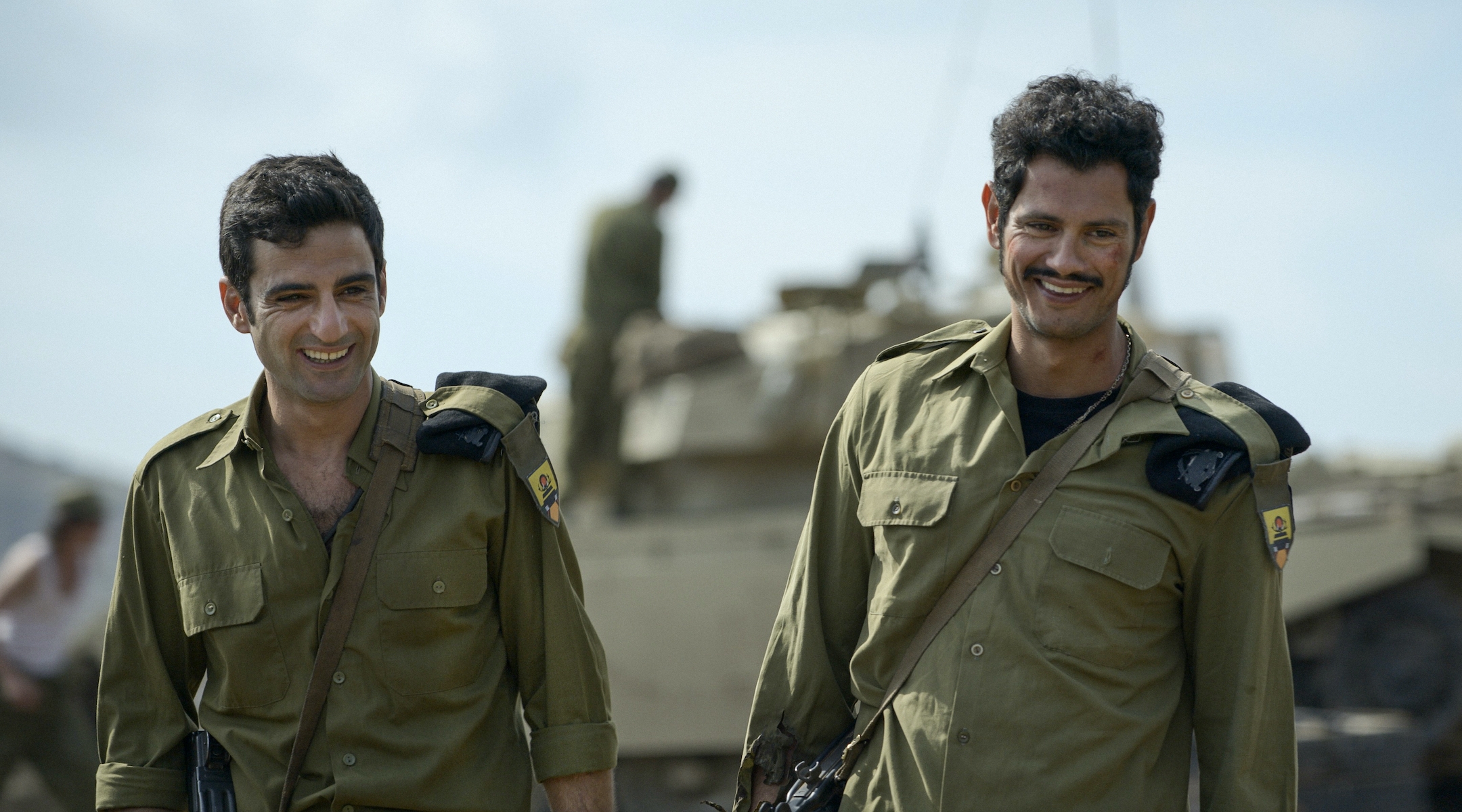 Imri Biton, left, and Ofer Hayoun as Alush and Marco in “Valley of Tears.” (Courtesy of HBO Max)

But by 1973, Israel’s army had become relatively complacent — something the show drives home through one of its main characters, an intelligence wiretapper named Avinoam, who pleads with his commanding officers, to no avail, to prepare for a surprise attack.

“The reason is people were euphoric,” Zilberman said. “In six days [in 1967], Israel almost tripled its land! You say, ‘Wow our superiority is so major’ … The country felt that the Arabs will never try again.”

The war gets its name from the fact that Egyptian and Syrian forces began their attack on the Yom Kippur holiday, when much of the country was fasting and praying. They quickly made threatening advances over Israel’s borders, and though Israel would eventually repel them to reach a ceasefire, both sides suffered heavy casualties. Israel’s pretense of military invincibility, and Israelis’ feelings that their country was finally secure, was shattered.

“Valley of Tears” focuses on three days of fighting in the Golan Heights, the disputed region of northern Israel bordered by Syria, Jordan and Lebanon. It follows a diverse slate of characters trying to survive the chaos that unfurls: Avinoam, the shy and awkward “tapper” who has a pet hedgehog; Yoav, a daring soldier who unexpectedly bonds with Avinoam; Dafna, a female officer who is more competent than her male counterparts but gets sidelined because of sexism; Meni, a playboy journalist (played by Israeli star Lior Ashkenazi) trying to find his son; and soldiers Marco, Alush and Melakhi, three members of the Israeli Black Panthers, a protest movement partly inspired by the American group of the same name but focused on social and economic equality for Sephardi and Mizrahi immigrants.

The diversity is intentional, as the creators aimed to capture a “wide lens” view of Israeli society at the time, to represent how the entire country was affected.

“Most families have some story — it’s a brother, it’s a sister it’s an uncle, it’s a father, we all have these stories,” Zilberman said. As the Holocaust is to Jewish people as a whole, this war is to Israel, he said.

The creators have personal connections to the war too — for Zilberman, one of his sisters lost her “soulmate, a major love,” in combat. The Avinoam character is partly inspired by Cohen’s father, who was in the same intelligence unit and broke down in tears while watching Avinoam’s pleas go unanswered, because he had tried the same thing during the war. Leshem’s father, who worked with computers in the army and became a reservist afterwards, was yanked from his life as an accountant with a young daughter to fight. 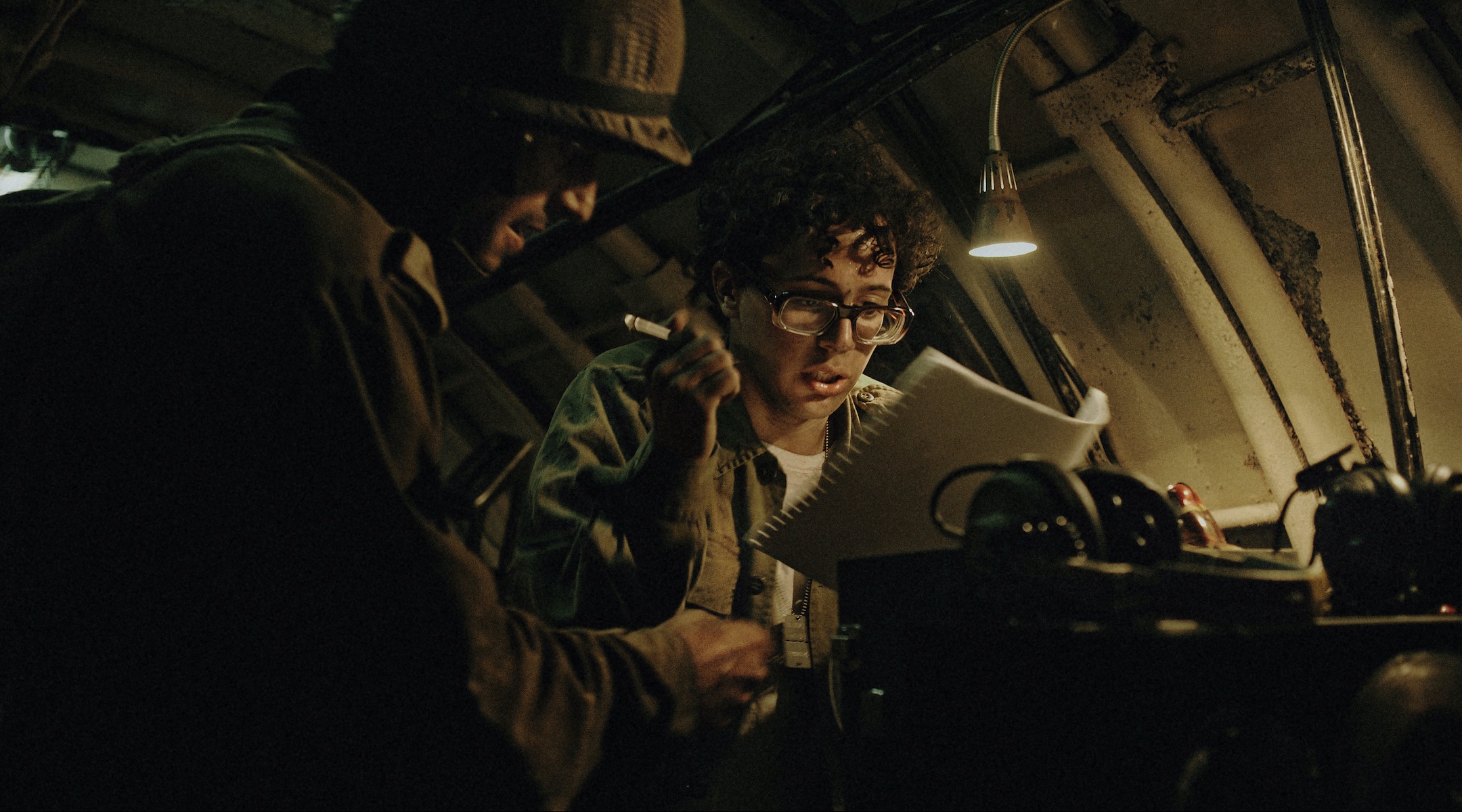 Leshem, who has worked with HBO before to adapt his teen drama series into “Euphoria,” noted that there have been a few fictional depictions of the war over the years, including a couple of novels, but nothing as all-encompassing as this. It took him and Cohen 10 years to get it fully financed, and the responsibility felt massive: “You’re choosing, in a sense, who will be remembered,” he said.

The filming process, which took place in the actual Golan Heights, wasn’t easy either. Filming stopped for three weeks at one point because fighting in Syria got too close to the set. Acquiring all of the tanks — which involved trying, unsuccessfully, to import some from the U.S. (where “people have a tank in their backyard and they’re selling it on Craigslist,” Leshem noted) — was an ordeal. One of the tanks broke down in the middle of a scene. And the shooting schedule was grueling. Zilberman said at times he managed only 10 hours of sleep in a week as they tried to film as much as possible in a day to stay within their budget. He and his crew learned how to sleep for 15 minutes at random intervals.

“You don’t feel like you took a shower [at night] because the moment after you’d be back in the trenches,” Zilberman said. “You got the adrenaline. You know you are doing something that you have to give everything you got in order to get it right.”