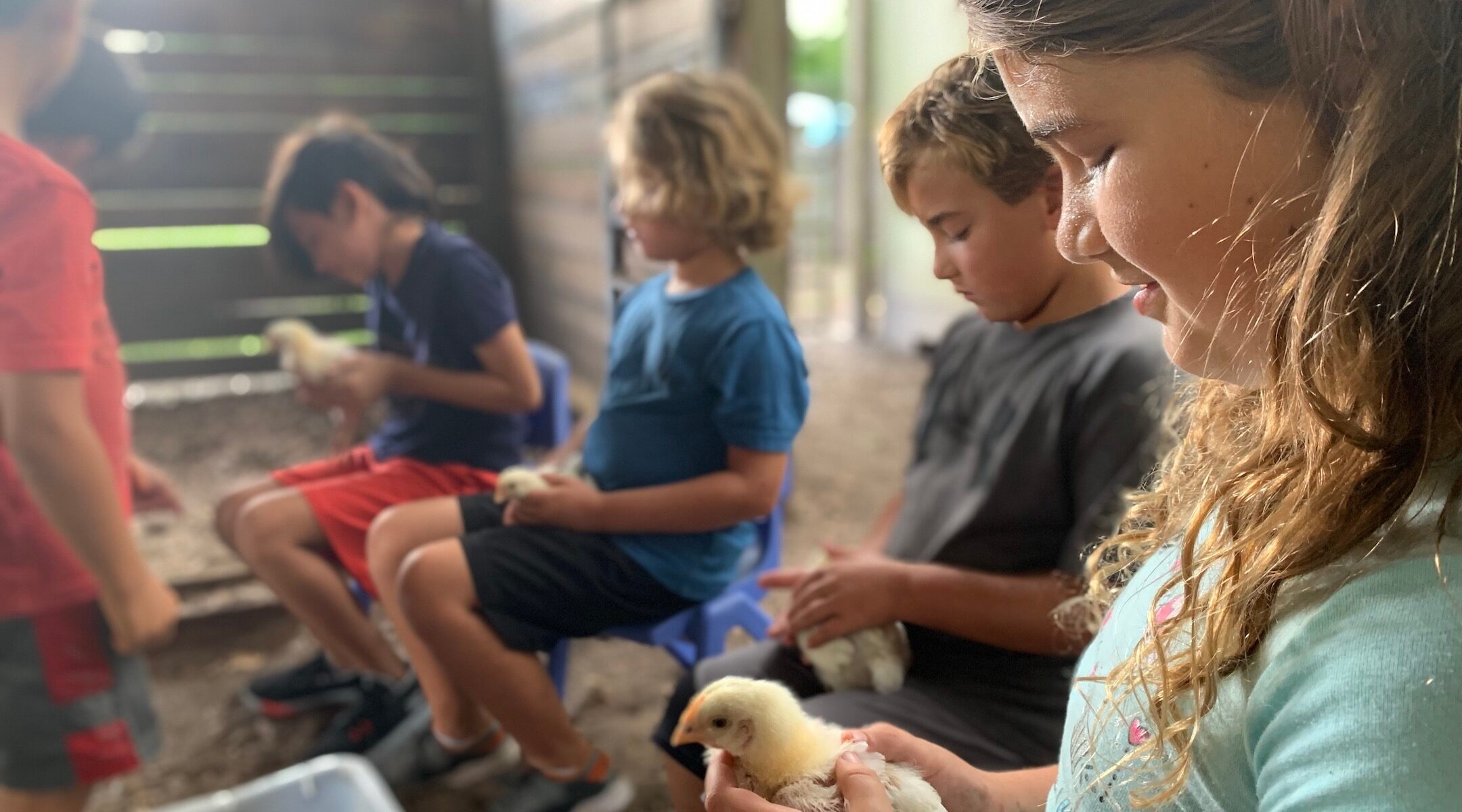 Rachael Love Cohen has started a Jewish cohousing community north of Orlando. "People come in and out," she said. (Courtesy of Cohen)
Advertisement

VANCOUVER, Canada (JTA) — On a January afternoon, snow blanketed the streets of this western Canada city of famously weather-fickle residents. But it didn’t keep 30 Jews from packing into the living room of Noam and Val Dolgin to talk about Jewish cohousing.

The group ran the gamut in age, from young adults to families with kids to retirees. Some were secular in search of cultural fellowship, while others were more religiously observant and cared about living in a space conducive to observing Shabbat and keeping kosher.

They were united, however, in their curiosity about living in a setting that offered daily connection and support built out of a shared, uniquely Jewish community vision.

“There’s potential to do a lot here that can really beautifully integrate generations, socioeconomic groups, different religious expressions, and could be an example of what a progressive Jewish community can look like,” said Noam Dolgin, a realtor specializing in co-ownership models who envisions an inclusive community built around diverse Jewish life.

“It’s about the ability to take [Judaism] out of institutions and into your own home. There is something different between having Shabbat in your own backyard versus going to a synagogue, something really powerful about the intimacy of a smaller community.” 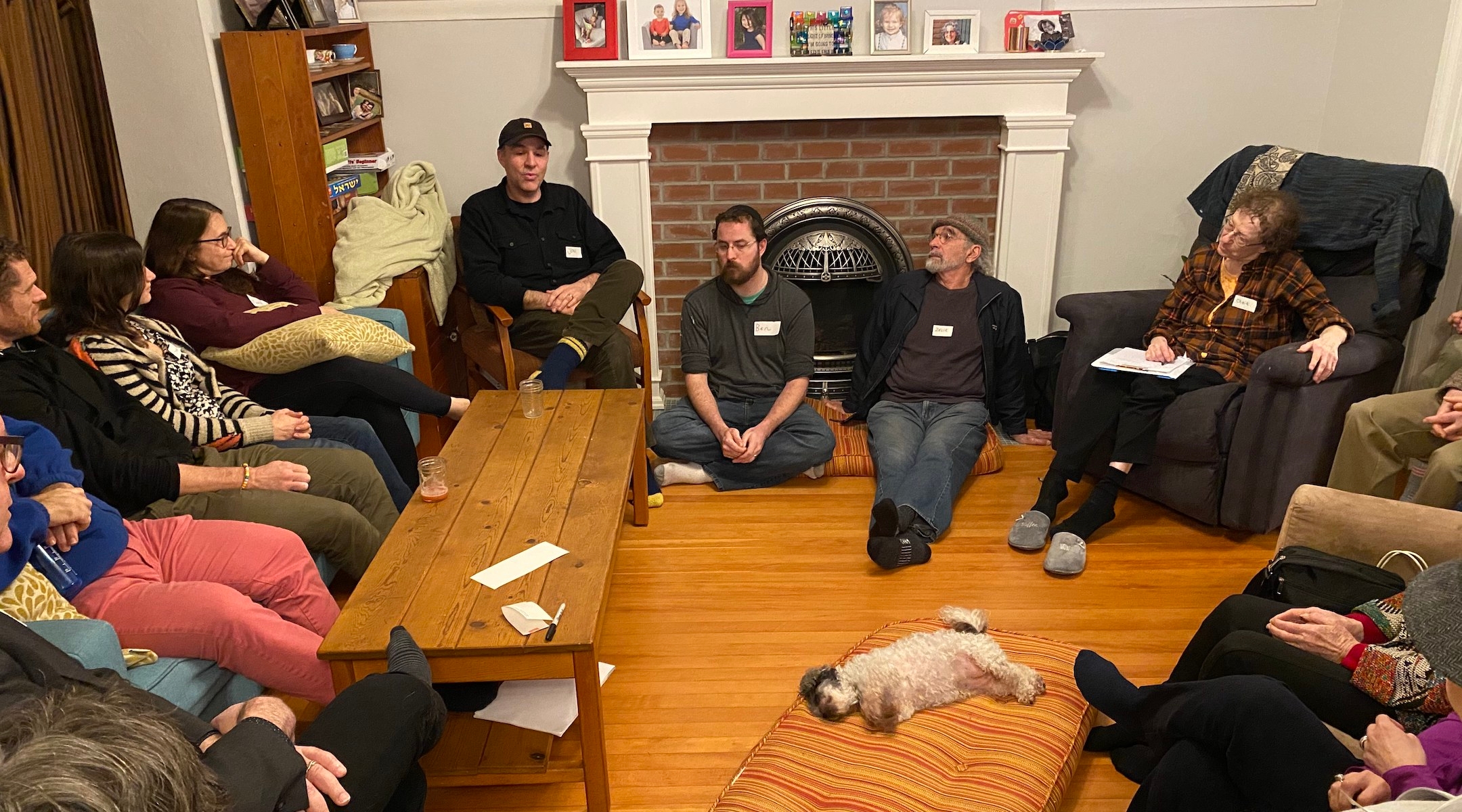 A group gathers in the Vancouver home of Noam and Val Dolgin to discuss a possible Jewish cohousing project. (Noam Dolgin)

The Dolgins’ effort is the latest in a decade-long attempt to build Jewish cohousing communities across North America. Cohousing is a type of intentional community that aims to foster deeper relationships among households and champion the spirit of interconnectivity, with families living in separate but proximate housing and sharing certain resources collectively.

This craving for kinship has led to a ripple of activity, including an annual Jewish Intentional Communities Conference, and the creation of advisory teams, like the Jewish Cohousing Network. From Seattle to Boston, San Diego to Brooklyn, groups began coalescing in an attempt to make Jewish cohousing a reality.

“Culturally, our history has been around living within community, so I imagine that our DNA structure might be oriented towards that,” said Sephirah Stacey Oshkello, co-founder of Living Tree Alliance, a Jewish cohousing community and farm on 91 acres in Vermont tagged “the kibbutz reimagined.”

Despite this affinity and more than a decade of work, the root system of North American Jewish cohousing remains shallow. Of the seven communities listed on the Jewish Cohousing Network website, only Oshkello’s has residents living together onsite.

The multigenerational community is hands-on and attracts plenty of nonresidents to holiday events and land-connected programs at their education center. Each household has an active role in either running the farm, education center or the cohousing component, the “heart” of their earth-based living model.

Despite having approval for seven single-family residences, Living Tree has attracted only two additional families. They’re now building a common house that will have three short-term rental units. Oshkello expected the project would be further along by now, but she accepts the realities.

In Northern California, Roger Studley and others have spent five years building Berkeley Moshav, an urban Jewish cohousing community with an egalitarian, hyperinclusive bent – residents don’t even have to be Jewish. The organizers desire to also accommodate every expression of Jewish observance, even planning to volley between group Shabbat observances with and without music.

Last November, the group acquired a half-acre site in southwest Berkeley, but Studley expects it will take another three years until they can move in. One-bedroom, 650-square-foot units are estimated to start at over $600,000 and rise to over $1 million for three-bedroom units. Interest surged when the land purchase was announced – 23 core member households have made a down payment toward their eventual homes.

“The intuition that cohousing would resonate in a Jewish context turns out to be right,” said Studley, a cohousing consultant and founder of Urban Moshav, a nonprofit development and advisory partner whose projects include Berkeley. He hopes lessons learned from Berkeley will help groups reach the land-purchasing stage within one year. That, combined with developing a community vision, is what he believes prolongs the whole process.

Aharon Ariel Lavi, founder and director of Hakhel, an incubator of Jewish intentional communities run by the Jewish sustainability organization Hazon, agrees that establishing residential intentional communities such as cohousing can take a while because of the real estate commitment required of individuals. Additionally, everyone involved needs to gel as a group.

“The disadvantage is that it’s much more complicated and more demanding to create [a residential] community, but once you have succeeded, these communities tend to be much more sustainable over the long term because people put so much time and energy and money into them.”

While Studley advises a three- to four-year move-in timeline once a group has land, Karen Gimnig of the Cohousing Association of the United States tells would-be cohousers to expect more like five to seven years.

Cohousing began in Denmark in the 1960s. There are now 110 intergenerational communities in the country of 5.8 million, a 2019 article in the Journal of Housing Studies estimates. The first cohousing community in the United States appeared in the early 1990s. The online directory of the Cohousing Association of the United States lists 174 established communities.

The movement appears to have an outsized Jewish representation: A 2012 survey from the Cohousing Research Network found that Jews make up 10% of cohousing residents in the U.S. 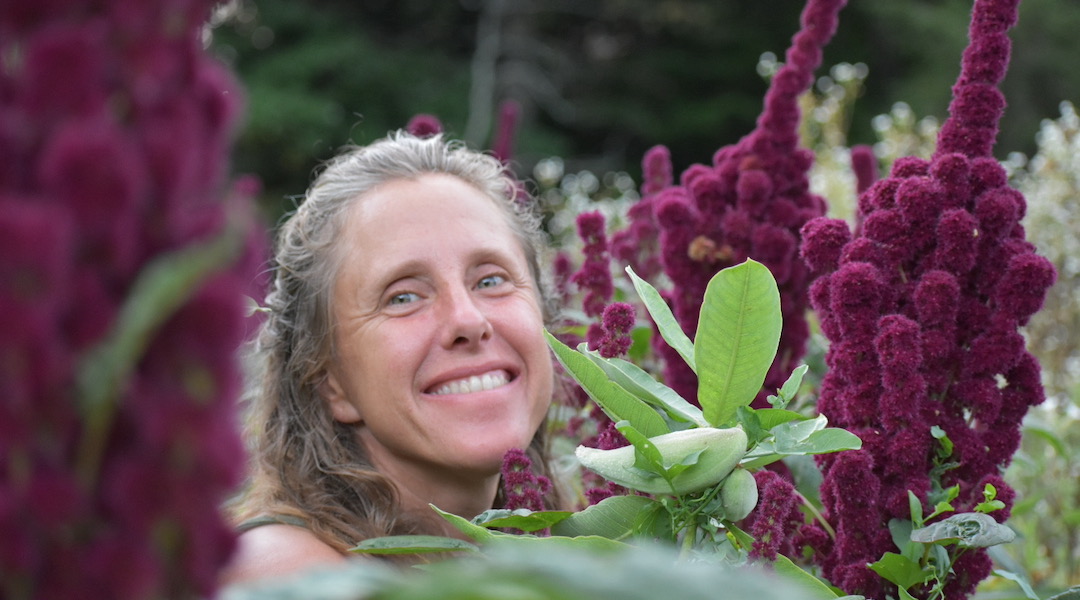 The vision for a specifically Jewish cohousing community echoes various attempts at Jewish communal living over the years, including the kibbutz movement in Israel and the Jewish agricultural settlements that sprang up in the United States in the early 20th century. Many of the cohousing communities have an ecological mandate, often centered around sustainable living or, if they’re in rural areas, a working farm.

When the coronavirus crisis hit, Rachael Love Cohen and her family felt spurred to purchase a five-acre property north of Orlando to establish the Jewish cohousing and eco-community they had been envisioning for years. The property features two homes, stately oaks, farm animals and a school. Cohen hopes to see another three or four families join them.

Cohen and her family have bounced around the United States for years in search of a cohort that matches their values and lifestyle. She was an early organizer of the Jewish Intentional Communities Conference that started in 2013 and is now a project of Hakhel. Over the years, she has experienced the challenges of establishing a Jewish cohousing community firsthand.

“People come in and out. They are interested in the end product, but I have yet to meet very many people who are interested in being a part of the long-haul process,” Cohen said. “You have to continue to be a cheerleader and continue to find that excitement that you felt from day one and bring that through for a decade or two.”

That perseverance is particularly hard to come by as the coronavirus has upended lives.

Planning for the Vancouver community stalled as the pandemic took hold, as did efforts in Seattle and Boston. Others have long since disbanded before ever becoming established.

The Baltimore-area Pearlstone Center’s master plan includes a subsidized tenant model of cohousing to house the center’s staff and the broader Baltimore Jewish community, but is in search of funding. Nor is it a current priority for the institution, though Executive Director Jakir Manela acknowledges there has been “strong interest” for the past 10 years. He called it “a project of national importance” that could be a model for other communities.

Of all the conferences hosted by Pearlstone during his tenure, Manela said the intentional communities conference held there in 2018 had the highest attendance – 190 people plus a long waitlist.

“I can hope that after the crisis we will have some sort of movement of cohousing communities at least in the United States,” said Hakhel’s Lavi, who serves as an adviser to Living Tree Alliance. He estimates 15-20 Jewish cohousing communities could be functioning in a decade once the virus passes.

“We see people flocking in this direction,” Lavi said. “They want to live in a community, but they don’t want the old institutions that are, from their perspective, kind of rigid, very expensive, not so relevant for the kind of life they want to have.”