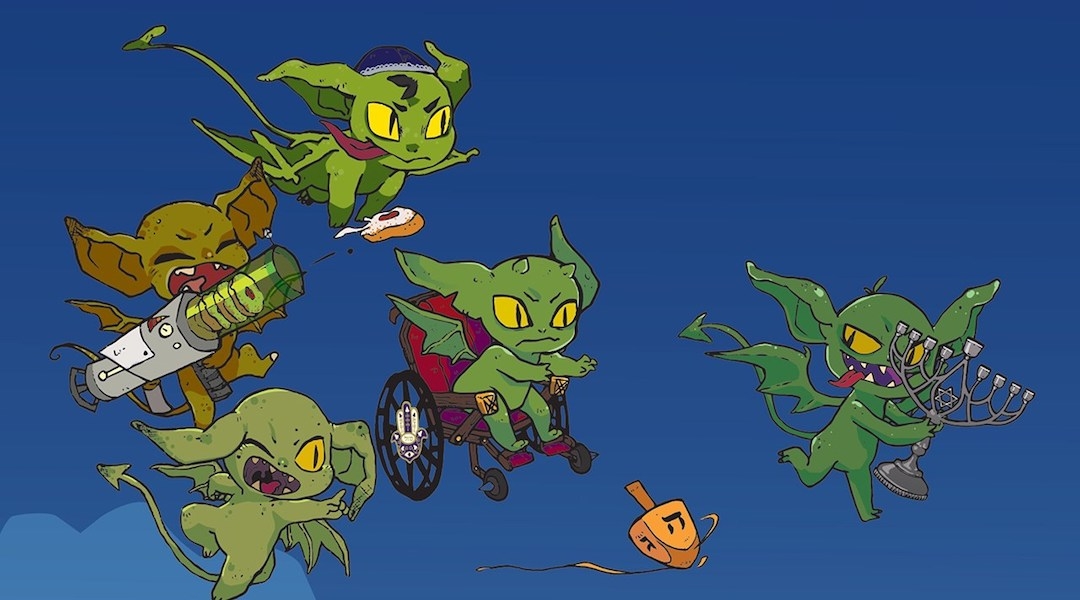 (J., The Jewish News of Northern California via JTA) — Here’s something to do during the long nights of Hanukkah under lockdown — become a goblin with a jelly doughnut launcher.

That’s one option if you play Hanukkah Goblins, a tabletop role-playing game by the indie game designer Max Fefer that makes its debut on Thursday, the holiday’s first night. Some of the proceeds will go to charity.

Fefer said the game, created during the pandemic, is all about finding a way to let your imagination run free while using the framework of the holiday to welcome everyone, Jewish or not, to celebrate the Festival of Lights.

“This is rooted in real Jewish tradition,” he said.

Fefer, a 26-year-old Oakland resident, was inspired to come up with the game after attending a party last year that featured a reading of  “Hershel and the Hanukkah Goblins” by the award-winning author Eric Kimmel. In the classic 1989 book, a man named Hershel comes to a village plagued by goblins who won’t let its residents celebrate Hanukkah. Hershel uses his smarts to defeat them, finally trumping the goblin king himself.

“I grew up reading that book,” Fefer said. “My mom and dad, they read that book to me.”

But his game takes a different slant: Hershel inspires the goblins to become Jewish and pro-Hanukkah. Armed with powerful tools like the gun that shoots doughnuts (or sufganiyot, a traditional Hanukkah treat), as well as “the babka of persuasion,” a good-luck hamsa and more, players create the story of the game through their interactions.

“I really like the freedom of that kind of storytelling,” Fefer said.

In tabletop role-playing games — the best known is Dungeons and Dragons — the players aren’t constrained by a predesigned plot, as in a video game, nor do they have to follow a host of rules like a board game, Fefer explained. Instead, Hanukkah Goblins is more like a framework that’s used to tell a communal story. Players decide the kind of goblin they are through a series of prompts included with the game. There are scenarios to get the game started, and players have the option to use dice to create uncertainty.

“It’s all there to help you tell a story,” Fefer said. “That’s all that games like Dungeons and Dragons are.” 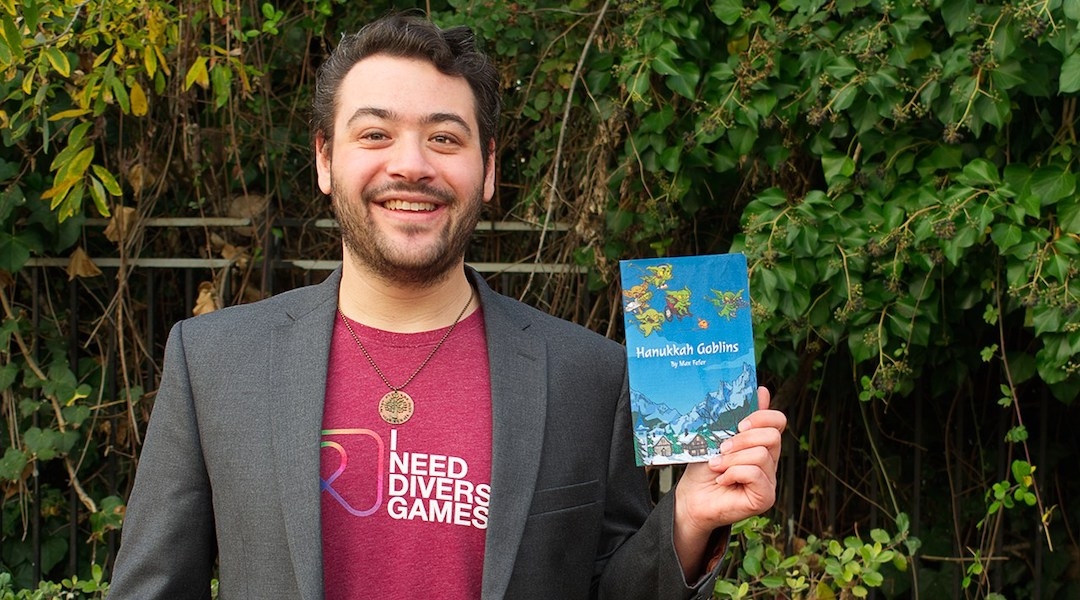 Fefer’s take on the tale is different from the original, and not just because the players are Jewish goblins. (Players don’t need to be Jewish, of course, and plenty of resources are included to explain the holiday for non-Jews.) He wanted to delve into the subtext of the book and use it to create something that subverts stereotypes about Jews and helps people think about othering and exclusion, all wrapped up in a story.

Fefer, who is queer, said tabletop games are great both for exploring new identities within the game and examining your own.

“Role playing is a way to kind of figure things out,” he said.

The ability to take a story wherever it wants to go is something that drew Fefer, who grew up in the Sacramento suburb of Carmichael and attended synagogue at Temple Or Rishon, to gaming in high school. Beyond the Hanukkah theme, the new game is deeply Jewish, with multiple prayers and rituals incorporated as ways for the goblins to score extra points.

“These are things people can put in their stories to make it a really Jewish experience,” Fefer said.

All ages can play the game, whether over Zoom or as a family, and no experience is needed in tabletop gaming. There will also be a live play-through on Twitch, the game-streaming platform, on Dec. 15 (Fefer will link to it on Twitter).

The art for the game was commissioned by Fefer from Kali Hayes (Kimmel’s book was illustrated by the late Trina Schart Hyman). Fefer was also awarded a small grant by a gaming mentorship program that supports up-and-coming game designers from underrepresented communities. The game can be preordered; it will cost $8 for an electronic copy of the instructions and $18 for a book version. The paper copy will be mailed out in January.

Fefer is donating $2 from every electronic purchase and $4 from each game book purchase to People’s Breakfast Oakland, which provides much-needed food, clothing and hygiene items to people without homes. If $500 is raised in game sales, Fefer will increase the donation level. After reaching $1,000, donations will go to Urban Tilth, which provides agriculture job training in Northern California’s Contra Costa County.