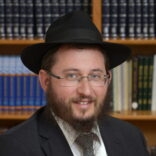 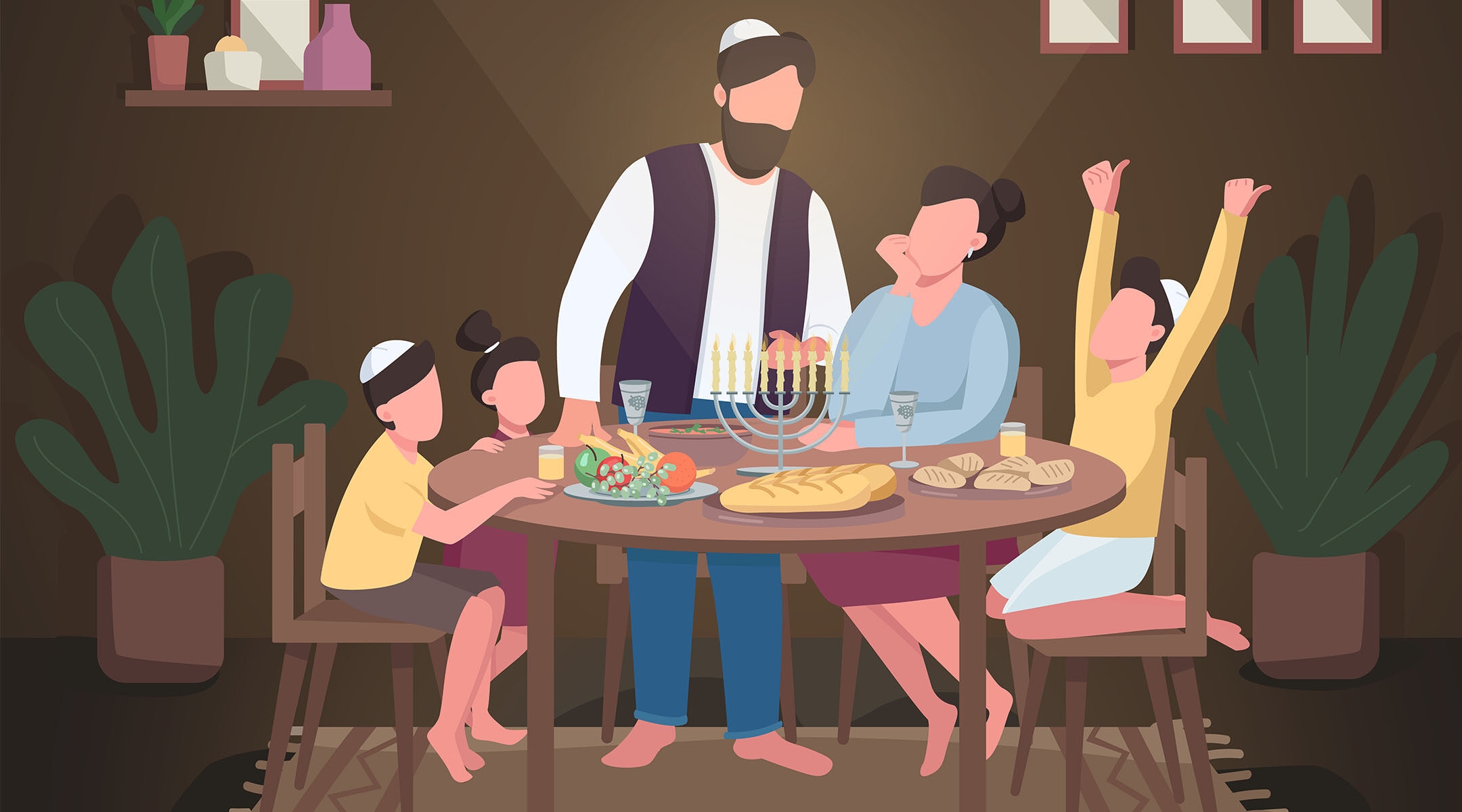 (JTA) — If you would have asked me before Passover — as I packed matzah and other items for Jews preparing to experience their first Seder alone at home — whether we would need to rethink Hanukkah celebrations, I would have laughed you off. December felt a lifetime away and most of us assumed normal life would resume in a matter of months.

But here we are, gearing up for a Hanukkah that will keep us home at a time when we would normally be viewing public menorah lightings in huge crowds, celebrating and enjoying latkes with friends and family. This year’s public celebrations are mostly limited to drive-in events, parades, other creative ideas that facilitate proper social-distancing behavior and of course the endless smorgasbord of online events we can enjoy from our couches.

Like everyone else, we at Chabad-Lubavitch here in El Paso, Texas, have to improvise. Instead of our annual Hanukkah Playland, Home Depot menorah workshop, holiday parties in senior centers and nightly public menorah lightings, we are hosting a drive-in Hanukkah festival and nightly Zoom events. While we look forward to the intimate nature of lighting together with our community, each in our own homes, as well as the extra family time we will all enjoy, it will certainly not be the same.

Although it seems Hanukkah this year will be more subdued, I predict it will actually be more meaningful than ever. In fact, I believe it can help us appreciate the unique opportunity that our physical isolation can really present.

Hanukkah celebrates the victory of the heroic Maccabees over the heathen Syrian-Greek empire in 139 BCE. But the essential observance of the holiday — lighting the menorah for eight nights — commemorates the discovery of a single cruse of ritually pure olive oil that miraculously burned for eight days and nights in the menorah of the newly restored Holy Temple in Jerusalem.

In an ironic twist, although the kindling of the Hanukkah lights invokes the miracle associated with the Temple menorah, the process of actually lighting the candelabra was instituted by our Sages in a much different format. While the Temple menorah had a set number of flames kindled in broad daylight in an indoor communal space, Hanukkah candles are meant to be kindled at home, after dark and with an increasing amount of flames every night.

Instead of simply commemorating distant history, the Hanukkah lights are meant to inspire us here and now to the unique ability of every individual to transform the dark and increasingly chaotic world around us into a place of brilliant serenity. We light them after dark to emphasize the power of a single good deed to neutralize much evil — as a small flame vanquishes even immense darkness; in ever increasing numbers to inspire us to consistently add in our goodness; and at home because our impact on the world begins from our own home.

For over two millennia, the Hanukkah experience was a personal one. In 1973, the Lubavitcher Rebbe, Rabbi Menachem M. Schneerson, inaugurated a massive Hanukkah awareness campaign, encouraging one and all to share the mitzvah and message of Hanukkah in public and with pride. The next year, Chabad emissaries erected a public menorah outside of Independence Hall in Philadelphia, and by the end of the decade there were giant menorahs going up in public spaces from San Francisco to New York’s Fifth Avenue, bringing the celebrations to the streets.

Public menorah lightings in city centers large and small throughout the world are by now an established and beloved part of the Hanukkah experience, and giant menorahs at landmarks such as the Eiffel Tower, the Brandenburg Gate and, of course, outside the White House are all signs of the season. These large Chabad menorahs and the 15,000 like them around the globe — with the accompanying newspaper and television coverage bringing the light of Hanukkah directly into millions of living rooms — ultimately introduced Hanukkah into mainstream culture. All of this was because of the Rebbe’s vision to share the Hanukkah message with humanity at large.

In a 1980 public letter addressed “To all Participants in the Public Lighting of the Hanukkah Menorah in the U.S.A,” the Rebbe emphasized what the public Hanukkah celebrations are really all about.

“The Hanukkah Lights remind us in a most obvious way that illumination begins at home, within oneself and one’s family, by increasing and intensifying the light of the Torah and Mitzvos in the everyday experience … But though it begins at home, it does not stop there. Such is the nature of light that when one kindles a light for one’s own benefit, it benefits also all who are in the vicinity.”

This year, more than ever, we need to light the menorah at home every night of Hanukkah and focus on this message: Even when we are limited in our public in-person interactions, creating more light in our private spaces impacts everyone around us.

And since by now Hanukkah is universally known — thanks to its increasing ubiquitousness over the last four decades — we can share this crucial idea with humanity at large and beyond just the eight days.

Every person should know of and be empowered by the menorah’s eternal message: The energy created by increasing acts of goodness and kindness in the privacy of our own homes generates a ripple effect that can be felt on the outside, ultimately engulfing what so often appears to be a cold and dark world in the warmth and glow of divine goodness.

Rabbi Levi Greenberg
serves as associate rabbi at Chabad Lubavitch of El Paso.
The views and opinions expressed in this article are those of the author and do not necessarily reflect the views of JTA or its parent company, 70 Faces Media.