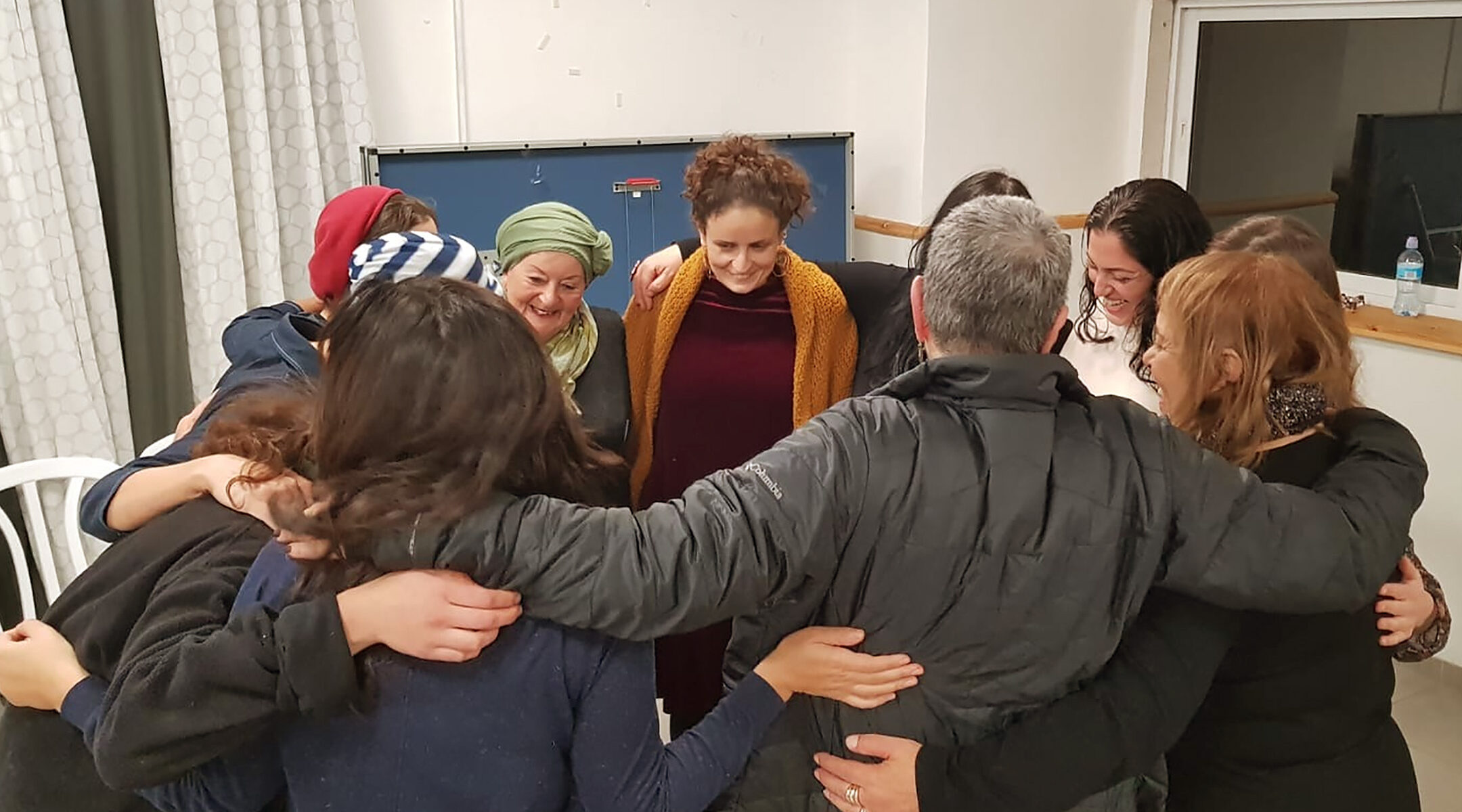 (JTA) — As a child growing up in Tunisia, Peggy Cidor and her sister would count the days to Hanukkah.

But the traditional lighting of the menorah and the eating of fried foods was only part of the excitement. The other part was Rosh Chodesh el Benat, or “head of the month of daughters,” a holiday that North African Jews would celebrate on the sixth day of Hanukkah, the first day of the Hebrew month of Tevet.

Sometimes called by its Arabic name Aid al Benat, the holiday celebrates daughters, who would be gifted exquisite pastries and expensive gifts by their families. In Cidor’s case, the gifts came from her father’s jewelry shop in the capital, Tunis.

“We do it on and off for now,” said Cidor, 69, a journalist and mother of three who lives in Jerusalem. “But we finally have a granddaughter in the family and it’s coming back.”

Cidor is not alone in seeking to revive a tradition that is scarcely observed anymore even among Jews living in Tunisia, its country of origin. The World Federation of Tunisian Jewry in Israel has celebrated the day for the past 15 years, producing a festive event for about 200 participants that culminates with an homage to prominent female members of the community.

That event won’t happen this year because of the coronavirus pandemic, but two others will be taking place online. On Dec. 17, the advocacy group Jews Indigenous to the Middle East and North Africa and the Mizrachi Dance Archive are organizing an online Benat concert featuring the Israeli singer Lala Tamar and Jackie Barzvi, a dancer based in North Carolina. A separate Benat event is being organized by Luz Haivri, which seeks to connect secular Israelis with some of the Jewish calendar’s lesser known dates.

Celebrating Benat with large public events is a departure from its traditional intimate setting, but one born of necessity, according to Miryam Guez-Avigal, the chairwoman of the World Federation of Tunisian Jewry in Israel.

“Initially, this is a holiday that happened in the family or between close friends,” Guez-Avigal said. “But that’s no longer possible because Tunisian Jews are dispersed all over Israel now. You need a Jewish population concentrated in one place to celebrate it the way it used to be.”

Though mostly a Tunisian custom, Rosh Chodesh el Benat is also celebrated by Moroccan, Algerian and Libyan Jews. Many believe the holiday was created to celebrate events described in the Book of Judith, an ancient Jewish story whose namesake kills an Assyrian general whose troops had ruthlessly quelled a Jewish rebellion.

“I was always told this is the holiday of Judith, a brave Jewish woman who saved the people of Israel,” said Ayala Sitbon, a 74-year-old retired teacher from Jerusalem who immigrated to Israel from Tunisia in 1967. Her parents used to celebrate the holiday every year, but she and her husband and their two children gradually abandoned it.

Other traditions have it that the holiday is a female counterpart to a celebration of Jewish boys, Shabbat Yitro, observed on the 24th of the Hebrew month of Shevat, a date that coincides with the reading of the Torah portion that contains the story of Jethro, the father-in-law of Moses.

It’s “a holiday that women created because they needed to transmit Judaism in an alternative way to how it was done by the men, who unlike women studied Hebrew and the Torah,” said Aliza Lavie, a former Israeli lawmaker who has written about Jewish traditions unique to women and will participate in the Luz Haivri event.

Cidor sees Benat as a reflection of the relatively strong status of women among the Jews of Tunisia, which is one of the Arab world’s most progressive countries when it comes to women’s rights.

“Women had a high status in Tunisian Jewry,” Cidor said. “They weren’t encouraged to join the army or anything, but they were cherished, spoiled, regarded as a gift to the family, and they were educated by the network of Alliance French schools. A Jewish Tunisian woman with a high school diploma was normal even decades ago.”

The holiday also serves a practical purpose, Cidor said: The building up of a young woman’s dowry.

“It’s the occasion to transfer family jewelry, family dresses and other prized possessions. A passing of the torch,” she said.

The revival of interest in Rosh Chodesh el Benat is not limited to Israel. In Marseille, France, where many Tunisian Jews live, some families invite guests over for the holiday, but the custom is less widespread than in Israel, according to Lilianne Vana, a Paris-based philologist and Orthodox women’s rights activist.

“It’s not celebrated here in a meaningful way,” Vana said.

Back in Tunisia, the holiday is observed by few if any of the members of the country’s declining  Jewish community of several hundred people, according to Tzvi Sebag, a Jew from Djerba, where most of Tunisia’s approximately 1,500 Jews live. Some 100,000 Jews once lived in Tunisia before most left, mostly to Israel and France, following Israel’s establishment in 1948.

“Our community is too small for it to really be a thing,” he said.

“But people actually celebrating it at home? Not so much,” he added. “It seems like this tradition is more alive in Israel now than over here.”

Along with presents, the holiday was marked traditionally by special foods: long chocolate eclairs; semolina cupcakes soaked in sugar water, known in some families as fartas; sweet almond balls; and bjawia, a firm pudding filled with pistachios and at least five other kinds of nuts.

“There were many of these cakes spread out on the table, but the average person was only able to consume one, maybe one and a half of these pastries because they were so filling,” Cidor said.

“There have been many traditions and customs that fell away in communities that made aliyah,” she said, using the Hebrew term for immigration to Israel. “It’s not surviving very well in France either, where I have family that have assimilated.”

Cidor said there’s a lot of goodwill to preserve the tradition, and it comes from nostalgia.

“But it’s more than that,” she said. “It’s an attempt to put back together again the puzzle of how these communities conducted themselves before Israelization.”