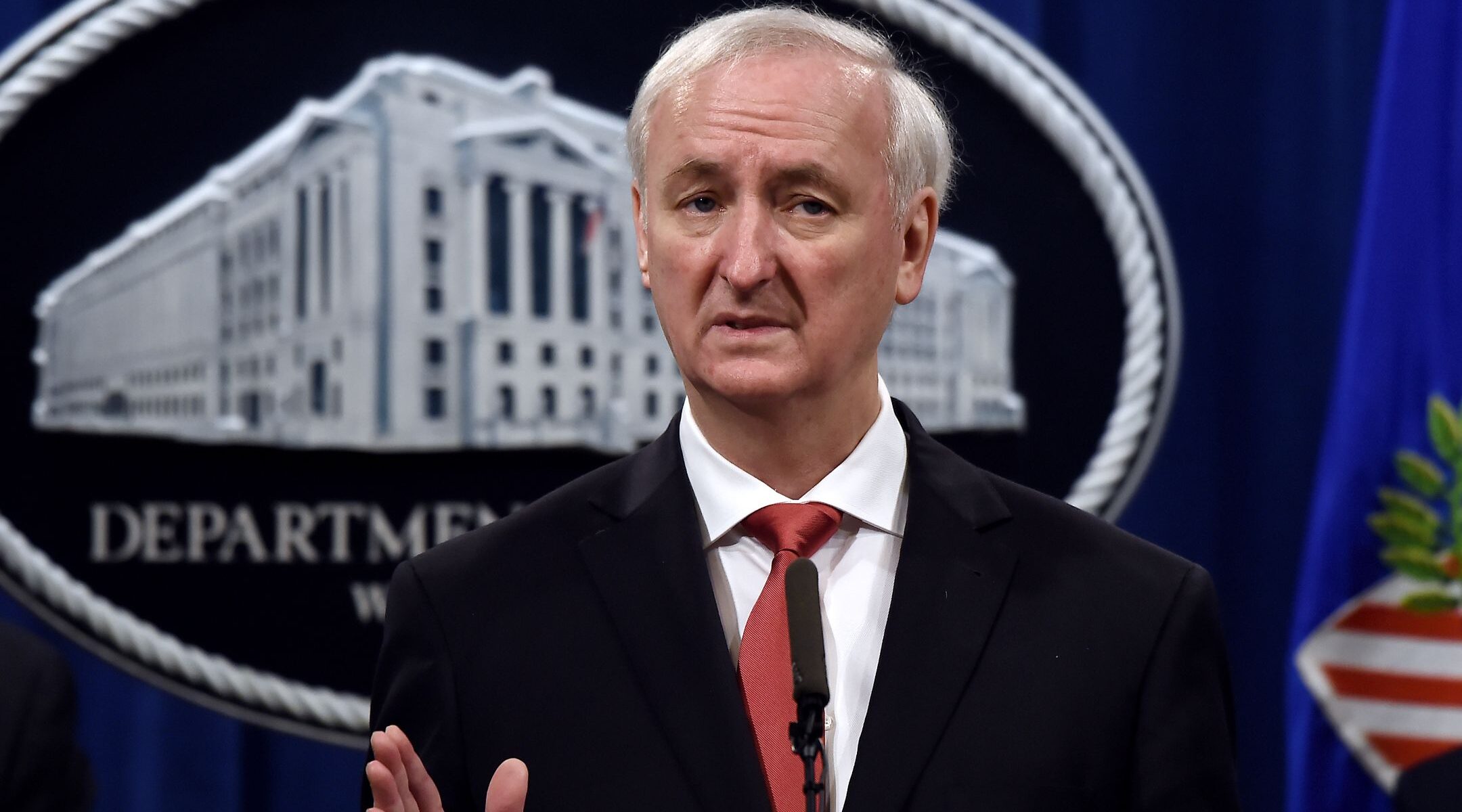 WASHINGTON (JTA) — Speaking just weeks ago about combating anti-Semitism, Jeffrey Adam Rosen, the deputy attorney general, quoted the ancient Rabbi Tarfon: “It is not incumbent on you to complete the work, but neither can you desist from doing it.”

Now Rosen is set to complete William Barr’s work as attorney general until the end of President Donald Trump’s term in January. Trump said on Twitter Monday that Barr will leave his post on Dec. 23 and Rosen would be acting attorney general.

Rosen, who Trump said was an “outstanding person,” raised eyebrows when he was nominated in February 2019. A veteran of the Department of Transportation in the George W. Bush and Trump administrations, he had no experience in the Justice department or as a prosecutor. Yet Trump nominated Rosen reportedly at Barr’s behest.

Rosen, who is Jewish, delivered remarks in October at a State Department conference on anti-Semitism. He said that “addressing this disturbing rise of anti-Semitism is a priority of the Justice Department,” but also cautioned that it was incumbent on law enforcement to respect freedom of speech. He took exception particularly to the term “hate speech,” which is favored by a number of anti-defamation groups, including major Jewish organizations. Trump frequently has been accused of peddling “hate speech.”

“At least in the realm of the law, we should look to find a better term than ‘hate speech,’ as that term can cover some things that are protected by the First Amendment and some that are not, so it has not proven very useful,” Rosen said. “And sometimes the term ‘hate speech’ has been used to label whatever the person using the phrase doesn’t like. It has become too easy to label political speech as such.”

The president is reportedly furious with Barr for not backing up his false assertions that the election was fraudulent. In a resignation letter that Trump attached to his Twitter thread and that is otherwise fulsome in its praise for Trump, Barr alluded to their differences on Trump’s false claims of election fraud.

“At a time when the country is so deeply divided, it is incumbent on all levels of government, and all agencies acting within their purview, to do all we can to ensure the integrity of elections and promote public confidence in their outcome,” Barr said.