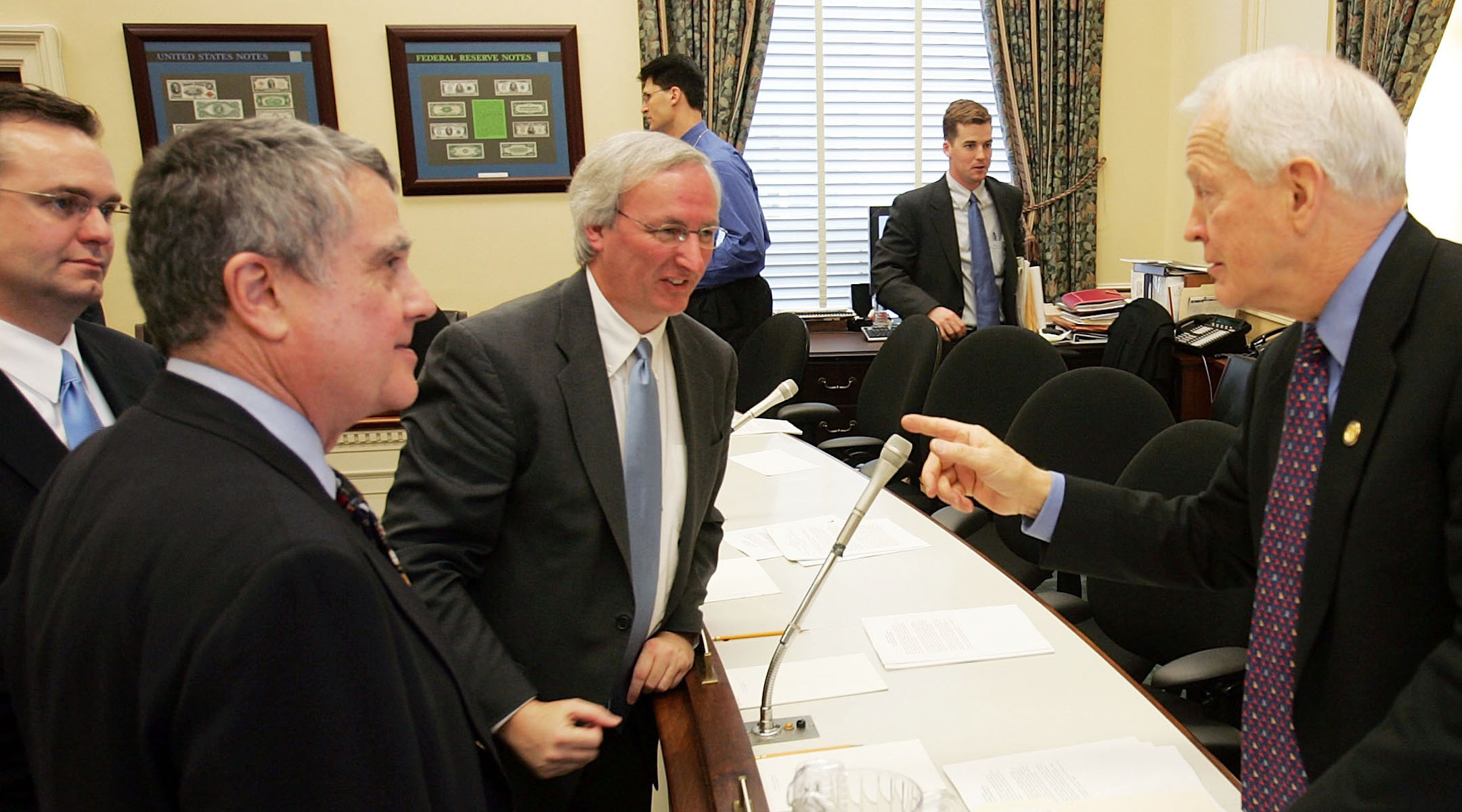 Jeffrey Rosen, center, in 2005, when he was general counsel of the U.S. Department of Transportation. (Joe Raedle/Getty Images)
Advertisement

“His years of outstanding legal and management experience make him an excellent choice to succeed Deputy Attorney General Rod Rosenstein, who has served the Department of Justice over many years with dedication and distinction,” the new U.S. attorney general, William Barr, said Tuesday in a statement.

The Senate must confirm Rosen, 60, an attorney who does not have experience as a prosecutor or Justice Department official, which is unusual in the position for which he has been nominated, Reuters reported.

Rosenstein appointed Robert Mueller as special counsel to look into Russian interference in the 2016 elections and has been a key player in overseeing the probe that Trump has called a “witch hunt.” Barr is expected to take control of the investigation’s oversight.

Rosen and Rosenstein are Jewish.

Before joining the Transportation Department, Rosen was a senior partner at the Chicago-based law firm Kirkland & Ellis.