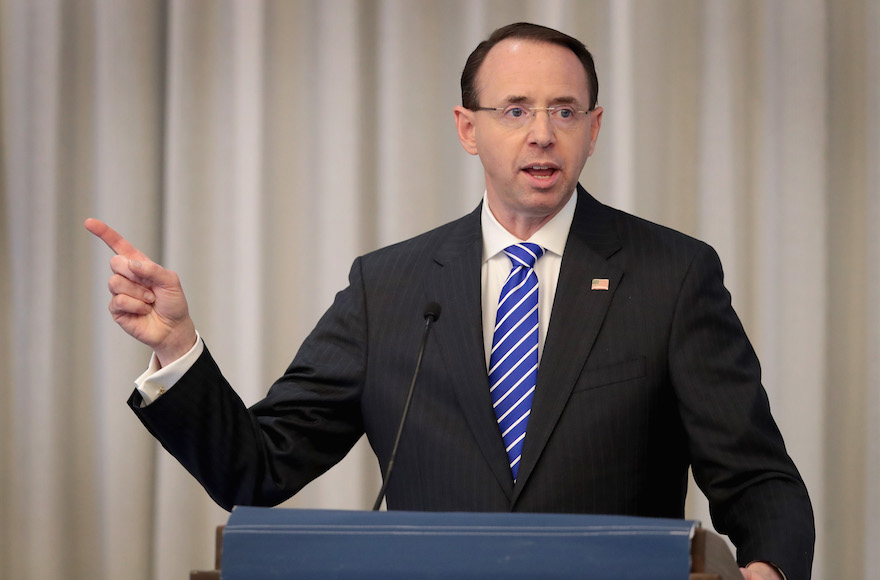 Rosenstein appointed Robert Mueller as special counsel to look into Russian interference in the 2016 elections and has been a key player in overseeing the probe that President Donald Trump has called a “witch hunt.”

There are no concrete plans nor a timeline for Rosenstein’s resignation, The Washington Post reported, citing people familiar with the matter. Rosenstein technically no longer is supervising the Mueller probe but reportedly has been protecting the special counsel.

The nominee for attorney general, William Barr, has been critical of the investigation, including writing an op-ed defending Trump and in a memo to Rosenstein criticizing Mueller’s “fatally misconceived” approach to investigating the president for possible obstruction of justice.

The Post quoted its source as saying that Rosenstein is not being forced out and always saw the deputy attorney general job as one that would likely last two years. He also noted that Barr would want to hire his own team.

Barr served as U.S. attorney general from 1991 to 1993 under President George Bush and could assume office by next month. His Senate confirmation hearing is set for next week.