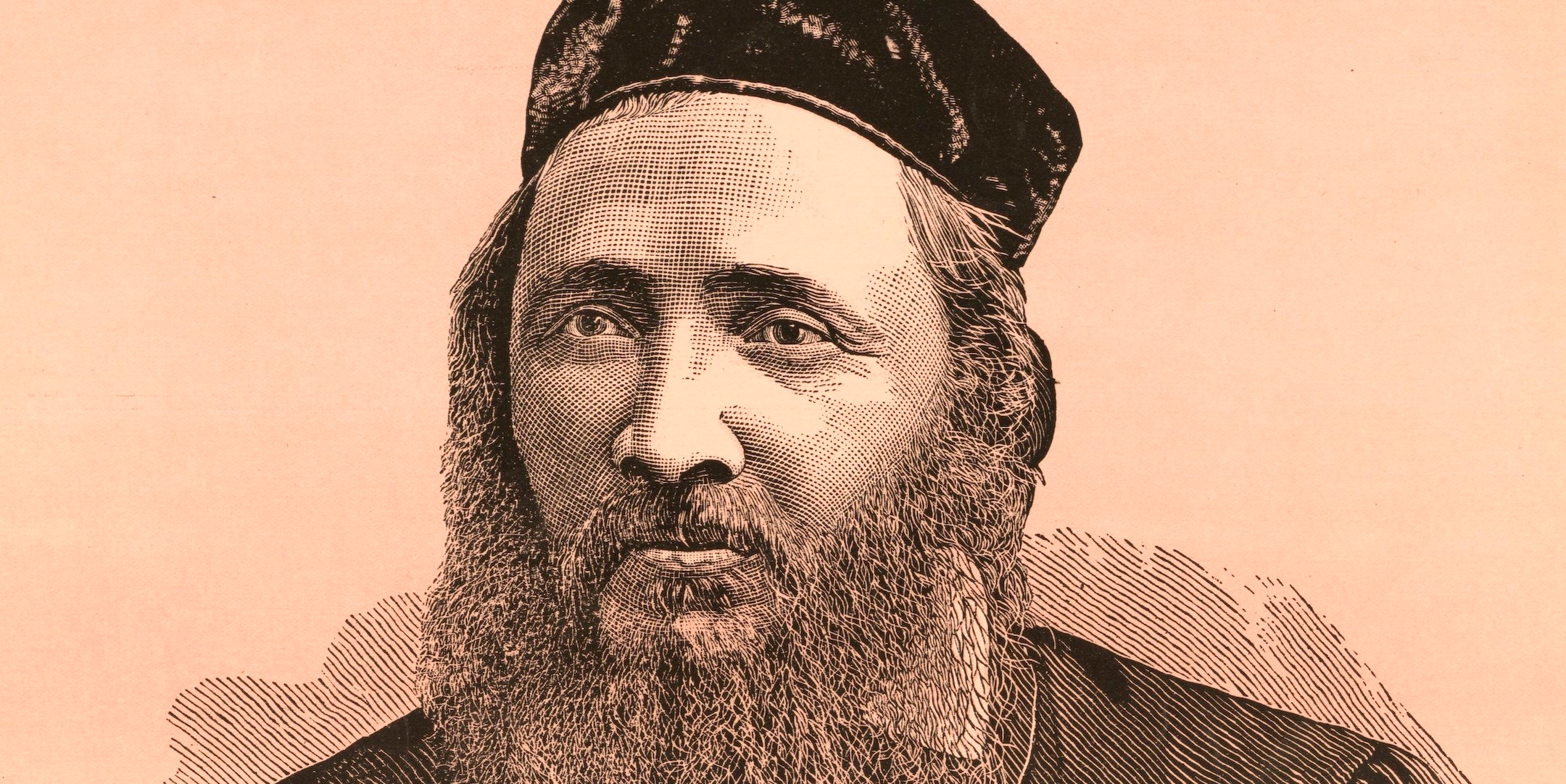 Rabbi Jacob Joseph, a Vilna scholar brought to New York in the 1880s to serve as a sort of chief rabbi to the city’s growing and diverse Jewish community. (Library of Congress's Prints and Photographs)
Advertisement

(New York Jewish Week) — I had a lot of fun last week talking with Scott Seligman about his new book, “The Great Kosher Meat War of 1902.” It’s about how poor Jewish women on the Lower East Side, outraged by rising beef prices, led a weeks-long boycott of kosher butchers marked by pretty shocking violence.

One story we weren’t able to get into during what became a lengthy interview was the tragic tale of Rabbi Jacob Joseph, a Vilna scholar brought to New York in the 1880s to serve as a sort of chief rabbi to the city’s growing and diverse Jewish community. Like the kosher meat riots, Rabbi Joseph’s story has echoes of, if not lessons for, today’s political and communal moment.

Eager to bring a sense of unity to the fast-growing Jewish immigrant community, especially on the Lower East Side, downtown Orthodox synagogues “threw a ton of money” at Rabbi Joseph, enticing him to move to America by setting him up rent-free in a comfortable, furnished Henry Street apartment and paying him an annual salary of about $60,000 in today’s currency.

Jacob’s responsibilities included leading a beis din, or religious court, and overseeing Jewish education. But his principal task, writes Seligman, was to “bring order to the system of kashrus,” or kosher supervision.

At the time, the kosher slaughterers and supervisors, or mashgichim, were employed by the meat industry, which meant they were rife with corruption and tempted to cut corners and pass treyf meat as kosher. Rabbi Jacob wanted to bring in the Old Country model, in which the mashgichim were employed by the Jewish community. To make it work, he proposed a nominal user’s fee on each pound of chicken, which would be symbolized by a little lead tag, or plombe, and passed on to the consumer.

Although it was a perfectly reasonable proposal, exactly no one was happy. The meat sellers resented his intrusion (and incorruptibility), other rabbis challenged his authority, and the poor immigrants who bought meat compared the plombe to the punitive taxes on kosher meat imposed back in Russia.

“The huge community of the Lower East Side was balkanized, and they weren’t about to recognize the authority of some upstart Russian rabbi,” Seligman told me.

The whole plan fell apart in the early 1890s, when the Orthodox congregations that paid his salary negotiated a new arrangement: The butchers would pay a portion of his salary, which undermined his objectivity and authority. Eventually, two more “chief rabbis” emerged as rivals, offering cheaper supervision. Joseph was deposed and “left to fend for himself as a mashgiach.”

“He never learned English, he never figured out America. He was a small-town rabbi who was utterly defeated,” said Seligman.

And there is an astounding coda to Joseph’s sad tale: Joseph died on June 16, 1902, and his funeral two days later drew thousands of mourners – including more than a few who probably felt guilty over how shabbily he’d been treated. As the huge procession passed a printing press factory on Grand Street, anti-Semitic employees began emptying chamber pots and tossing water, bricks, metal and other junk onto the heads of the mourners. When the police showed up, the cops went after the Jews rather than their attackers, adding to what Seligman describes as “the worst outbreak of antisemitic violence the city has ever seen.” Eventually an investigation would exonerate the mourners and condemn the police brutality, but the officers involved escaped with a slap on the wrist.

Rabbi Joseph is buried at Union Field Cemetery in Queens. The Rabbi Jacob Joseph School, or Merkaz Hatorah, now on Staten Island, was established in his memory with the help of one of his sons. A playground on the Lower East Side is named for his great-grandson, Captain Jacob Joseph, who died in action at Guadalcanal.

You can visit these places and remember a Jewish community of long ago, or consider how many of the themes of Joseph’s life resound today: a divided Jewish community, persistent anti-Semitism, police overreaction to peaceful demonstrations.

The worst outbreak of antisemitic violence the city has ever seen.

(This last point seemed to bother some of those who received an earlier vesion of this essay in my weekly newsletter: They objected to my criticizing the police for their clashes with Black Lives Matter protesters over the summer. I pointed out in reply that the investigative site ProPublica found 68 videos showing clear apparent instances of police officers escalating violence during this summer’s protests. I also noted that there is no contradiction between honoring police and holding accountable officers who violate their own departments’ policies and the public trust.)

The chief rabbi model was never going to work here,  given New York;s religious, geographic and Ashkesefardic diversity — and that’s a good thing. Still, the inability of these diverse communities to find common ground on ending the exploitation of poor kosher consumers is disheartening. It shouldn’t take a rabbi’s death — or an anti-Semitic riot — to bring us together. Joseph’s is a cautionary tale for the Covid era, when the challenges that should unite us are no match for the ideas and politics that divide us.