As Israel prepares vaccine rollout, only 40% say they will take part in first round 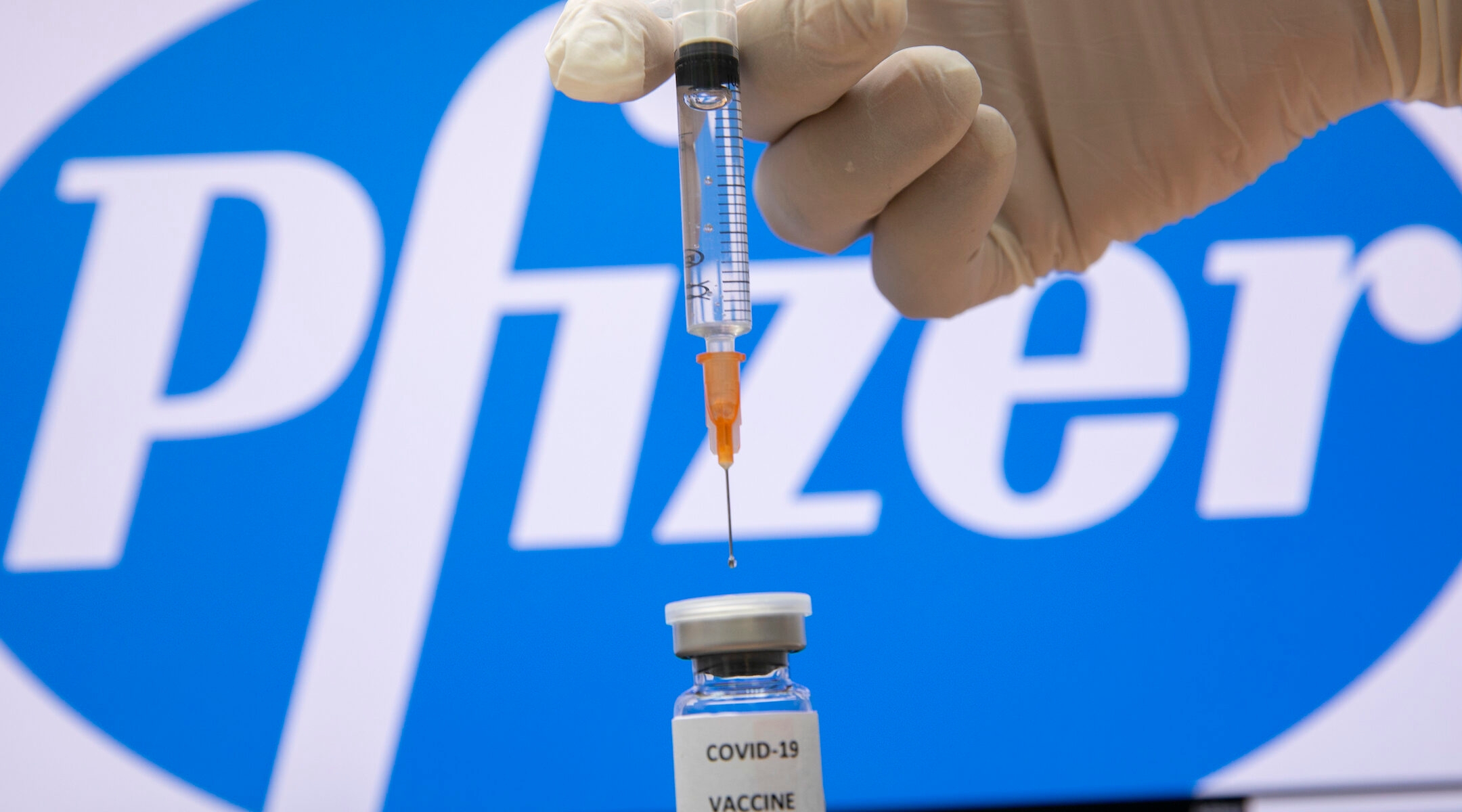 JERUSALEM (JTA) — As Jerusalem prepares for the planned rollout of its national COVID-19 vaccination campaign next week, Israeli health officials are grappling with how to convince a largely skeptical population to receive shots whose rapid development has raised concerns over the possibility of side effects.

Israel has ordered millions of doses of the vaccine, which were jointly developed by the pharmaceutical firms Pfizer and BioNTech in less than a year — far shorter than the usual decade-long process — and relied on novel techniques not commonly used in the industry. But while clinical human testing has found the vaccine to be over 90% effective and it has already begun being administered in the United States and United Kingdom, many around the world have expressed significant reservations.

Arab Israelis and women were found to be less likely than their Jewish and male counterparts to accept a vaccination.

Most Israelis believe in vaccines. Dr. Or Anabi, one of the researchers behind the Israel Democracy Institute survey, said their skepticism about this one is grounded in understandable concerns.

“People are afraid that because the vaccine hasn’t been tested for as long as other vaccines that were developed in the past that maybe we don’t know everything about the long-term effects,” Anabi explained.

Such concerns are not limited to Israel. While Americans have shown an increasing willingness to be inoculated, there remains significant skepticism in a number of European countries.

However, once the vaccination campaign gets underway and “thousands have received it,” skepticism will recede and the number of people willing to receive the vaccine “will increase significantly,” Green told the Jewish Telegraphic Agency, citing a figure of 58.6% of Jewish Israelis willing to be immunized as the program rolls out.

One Israel reached 60-70% coverage, it will begin to reach herd immunity and “we can see how we can return to normal life,” Nadav Davidovitch, who heads Ben-Gurion University’s School of Public Health, told JTA.

“I see actually a process where more information is becoming transparent and more efficient explanations being given by experts, so suspicion is getting lower, although it’s clear that some very radical anti-vax groups are trying to promote fake news,” he said.

According to Davidovitch, it is especially important to convince frontline medical personnel to receive the vaccine in order to serve as an example to the wider public. The Ministry of Health, the Israeli Medical Association and other groups are working on an informational awareness campaign via both traditional and social media intended to promote inoculation.

On Tuesday morning, following days of talks with Israeli health officials, several leading haredi Orthodox rabbis endorsed the use of newly developed COVID-19 vaccines ahead of the government’s planned nationwide rollout, signaling that the efforts may be bearing fruit.

The haredi, or ultra-Orthodox, community was one of the hardest hit during the pandemic. According to Israeli health officials, haredi communities have accounted for at least 34% of cases despite comprising just 12% of the total population.

While haredim trust their rabbinic leadership more than health authorities, the number of them who are reluctant to take the vaccine doesn’t appear to be significantly greater than the general population, although it is higher than average. About 40% of haredi Jews replied that they were sure that they wouldn’t agree to be vaccinated during the first round versus 32% among national religious Jews and 24% among secular.

Regarding the “vaccine the differences are not significant,” the researcher Anabi said.

As for Davidovitch, he believes that herd immunity is attainable and that “as many people will show an example and get vaccinated … more people will join in.”