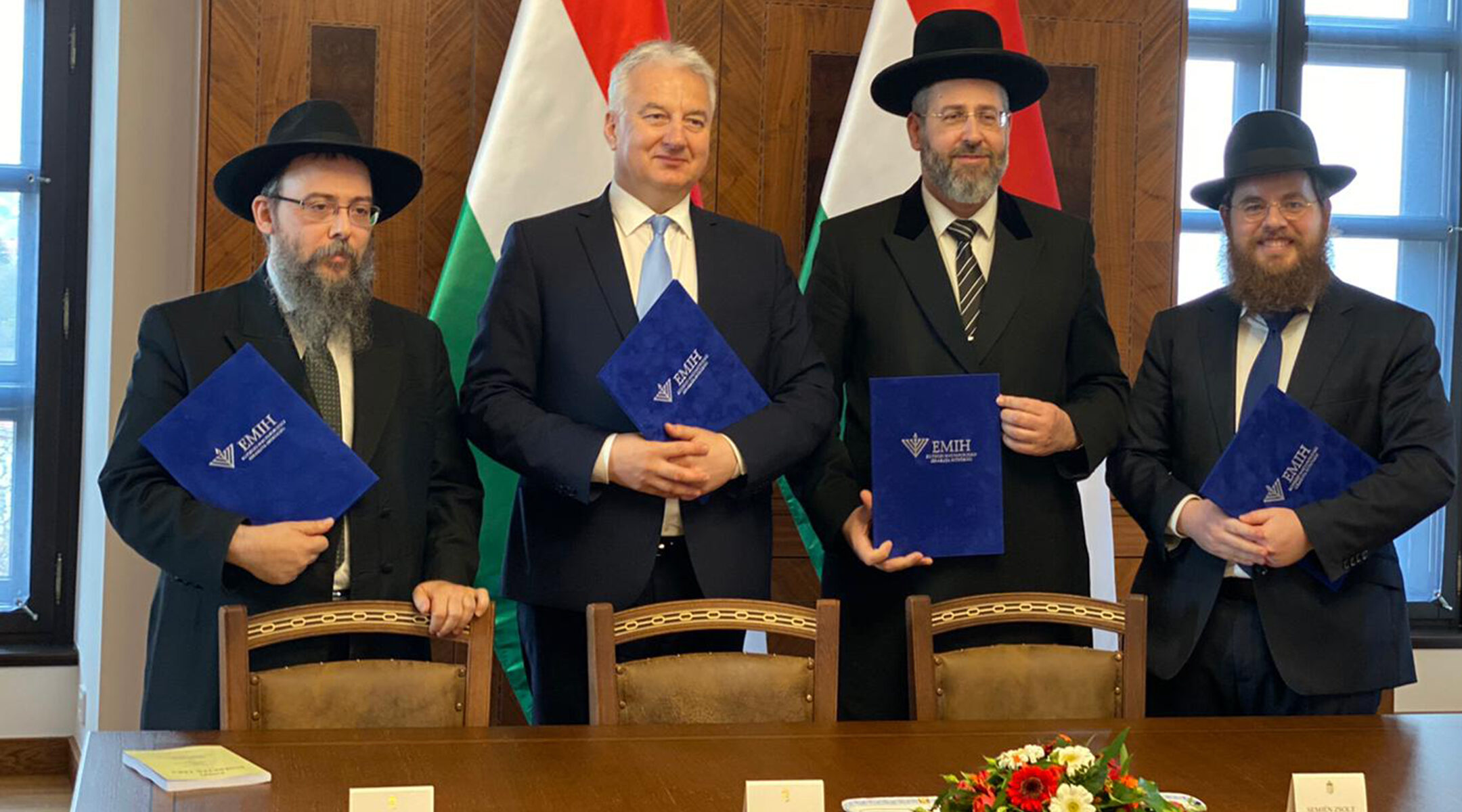 “Yesterday’s ruling by the European Court of Justice upholding a ban on kosher ritual slaughter in Belgium is a disgrace to the religious freedom and security of the European Jewish community and is yet one more sign of the total collapse of our traditional Judeo-Christian value system,” said Zsolt Semjén, the head of the right-wing Christian Democratic People’s Party, a coalition partner of Prime Minister Viktor Orban’s ruling Fidesz party.

In the ruling on a petition by several Jewish and Muslim groups, the court said two governments in Belgium did not violate EU civil rights provisions with their 2019 bans on the production of meat from animals that were not stunned before they were killed. The lack of stunning is a requirement of the process for observant Jews and Muslims.

Hungary’s right-wing government, whose critics say has encouraged anti-Semitism, clashes often with EU institutions on multiple issues, including on illegal immigration into the bloc by asylum seekers and others.

The ban had had a “devastating impact on the Belgian Jewish community, creating food shortages – made worse by the pandemic,” said Rabbi Shlomo Koves, leader of the EMIH federation of Jewish communities in Hungary. A slaughterhouse owned by EMIH in Hungary has mitigated the shortages in Belgium.

Jewish community leaders and organizations have sharply protested the ban. European Jewish Congress President Moshe Kantor has called it “tragic” and said it tells Jews “that our practices are no longer welcome,” and therefore it is “a short step from telling Jews that we are no longer welcome.”

In Western Europe, liberals and right-wing nationalists have united over the past few years to oppose the ritual slaughter of animals and the circumcision of boys. Liberal circles cite animal and child welfare concerns, while nationalists perceive the customs foreign imports that need to be limited to mitigate the perceived effects of the arrival of millions of Muslims to Europe in recent years.

Jews have strict laws to make the slaughter of animals as quick and painless and possible, requiring a trained professional slaughterer and extremely sharp and large knives, among other requirements. Advocates of the custom reject claims that it is crueler than other methods.

The ruling by the EU court, which is based in Luxembourg, is likely to encourage other European courts to enact similar bans, warned Dutch Chief Rabbi Binyomin Jacobs.

The Netherlands’ parliament banned ritual slaughter in 2011, but the Dutch senate reversed the ban the following year, citing the need to observe freedom of worship for minorities. If the ban is reintroduced in the Netherlands, “Orthodox Jews will leave,” Jacobs said in a statement.