Why non-Jews around the world love ‘Shtisel,’ in their own words 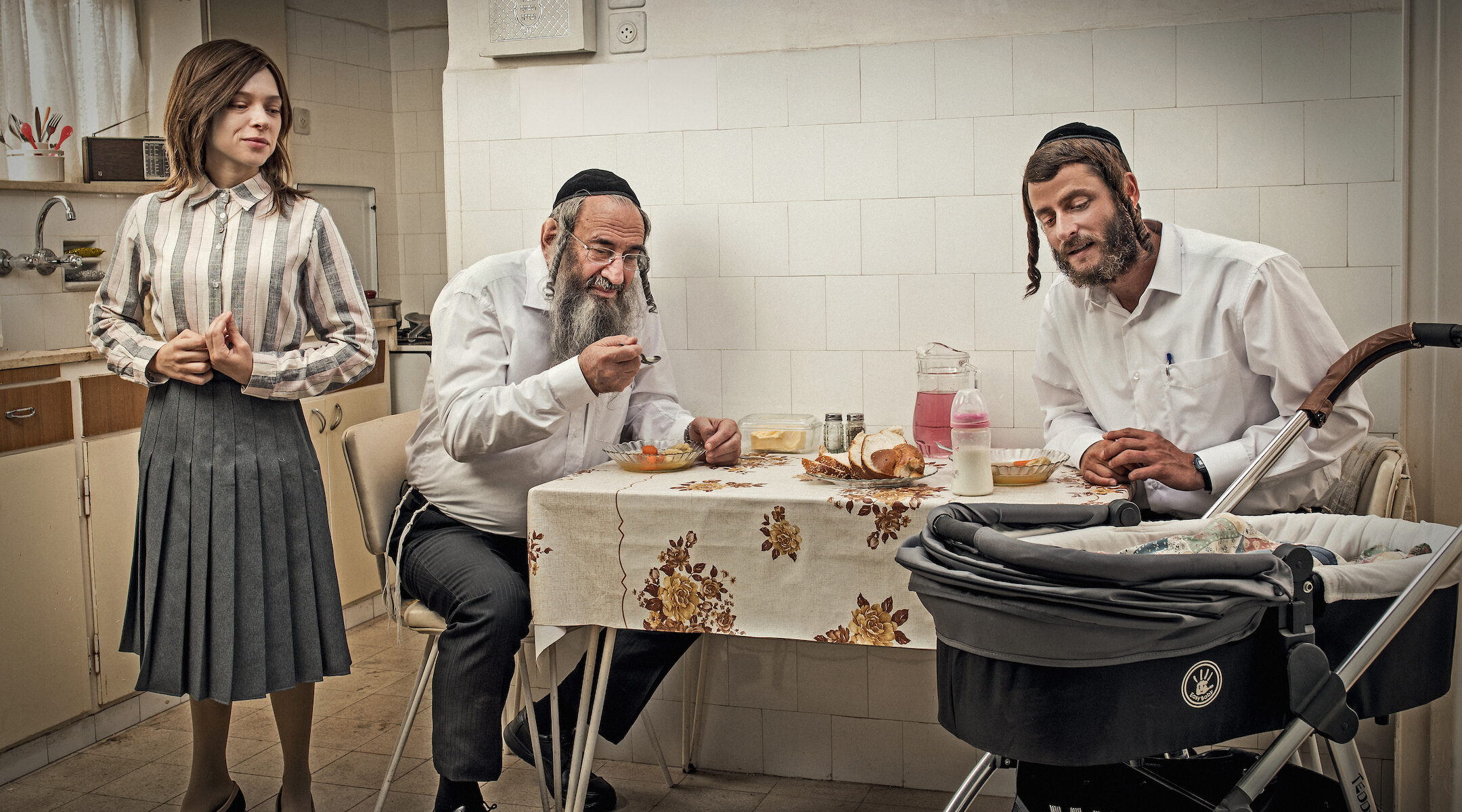 (JTA) — Reina Rodriguez Taylhardat is a 37-year-old social media manager from Mexico City raised “very Catholic” but now identifies as a “light Catholic.” She’s also a huge fan of “Shtisel,” the character-driven 2013 Israeli series about the day-to-day life of a haredi Orthodox family.

Taylhardat admits that the show, which saw its third season debut Sunday night in Israel on the Yes channel, is slow-paced. But that’s a big reason why she likes the series, which has found a second life and a diverse global fanbase on Netflix.

“I think that’s the magic of the haredi life, and what I wanted my life to be: familiar, social, minimalist and with the safest support system,” she said.

The plot follows the Shtisel family as they go through their lives, challenged by ongoing family drama. Kive is torn between his desire to be an artist and his family’s desire to see him married. His sister Giti, a mother of five when the show begins, tries to be the perfect wife and mother even as she uncovers her husband’s secrets. And their father, Shulem, still mourning for his wife Devorah, tries to balance responsibilities to his family and to the cheder (yeshiva) where he teaches. 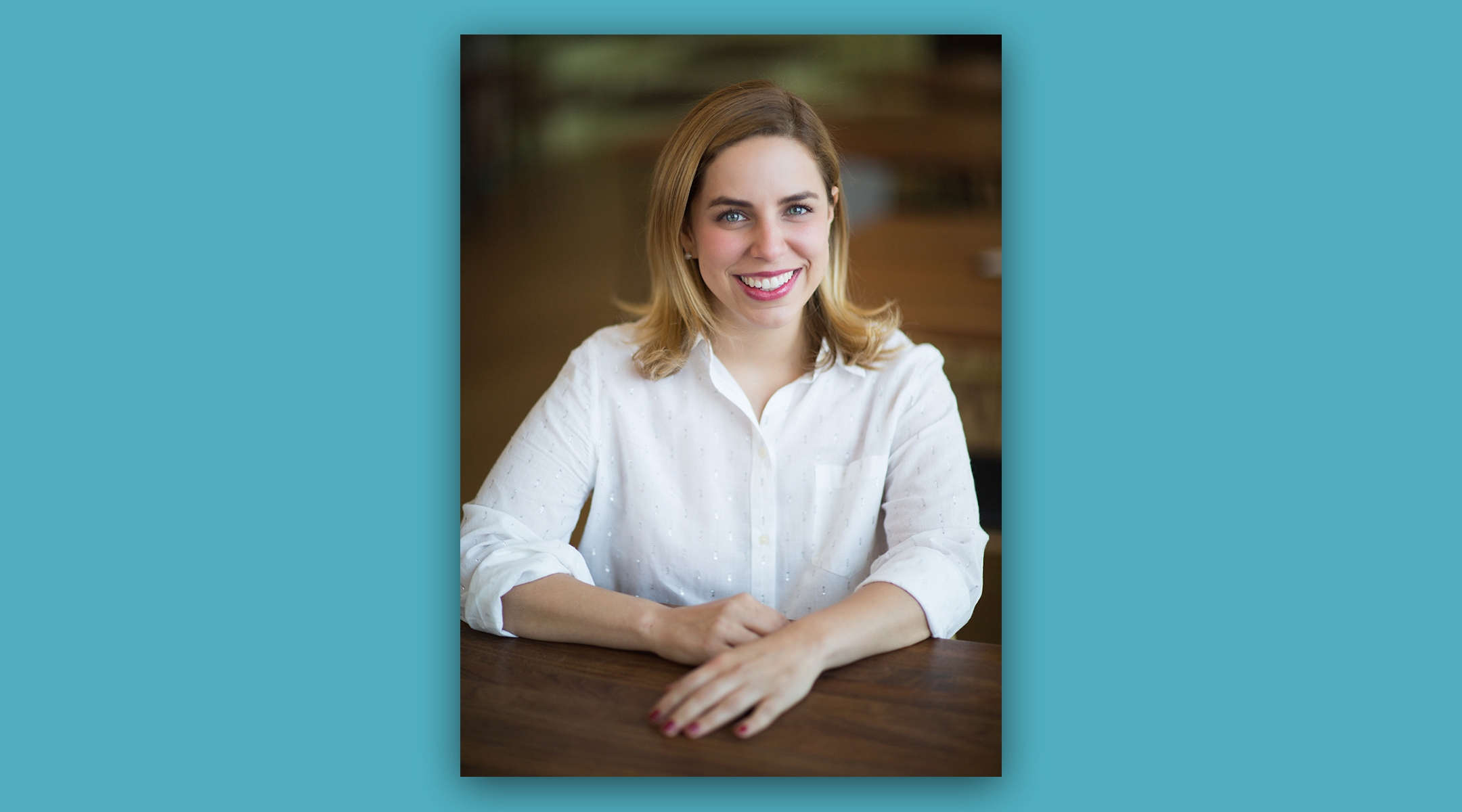 Taylhardat is part of a Facebook group called “Shtisel”-Let’s Talk About It that has over 23,000 members — many of them non-Jewish — and serves as a dynamic information exchange for questions and answers about the show’s plot and characters, as well as about Jewish life and customs. Although the third season won’t migrate to Netflix until the early spring, according to Yes producers, the Facebook group has been buzzing with activity ever since the third season was announced and further intensified after Thursday’s global premiere event of the first new episode.

Several non-Jews in the group, from a former “Seinfeld” actor who grew up Catholic to a Muslim in Libya, told the Jewish Telegraphic Agency by email why they adore the show, which is light on action but heavy on Jewish customs.

Weddigen is a practicing Anglican and a self-described “’Shtisel’-obsessed non-Jew.”

“I’ve found kinship in ‘Shtisel,’ as religious tradition is such a large part of my own life,” she said. “I try to live my devotion to God and [God’s] teachings all day long, and when I watch ‘Shtisel’ I feel that, like [for] me, religion or religious practice is ever present but not kooky.”

Because she lives in Canada — a “pretty nonreligious country,” in her words — she wrote, “perhaps I relate better to those who are devoted to their religion even if a different tradition, more than I relate than those who are atheist or agnostic, or who ‘on paper’ are more similar to me.” 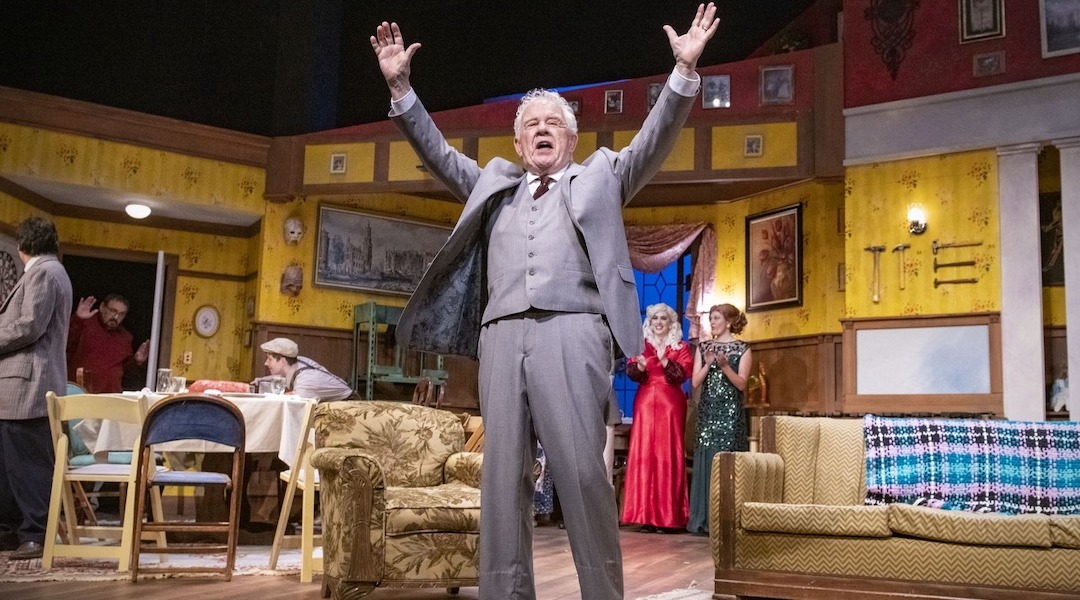 You may recognize Cronin from playing Sid Farkus on “Seinfeld” or dozens of other TV appearances.

Cronin, who was a “very devout Catholic” when he was young, said he related to Kive’s struggle as an artist.

“My mother wanted me to be a priest and didn’t know why I was doing this ‘acting thing.’ Even though I made a good living as an actor, she always felt I was doing nothing and certainly not doing God’s work,” he said. 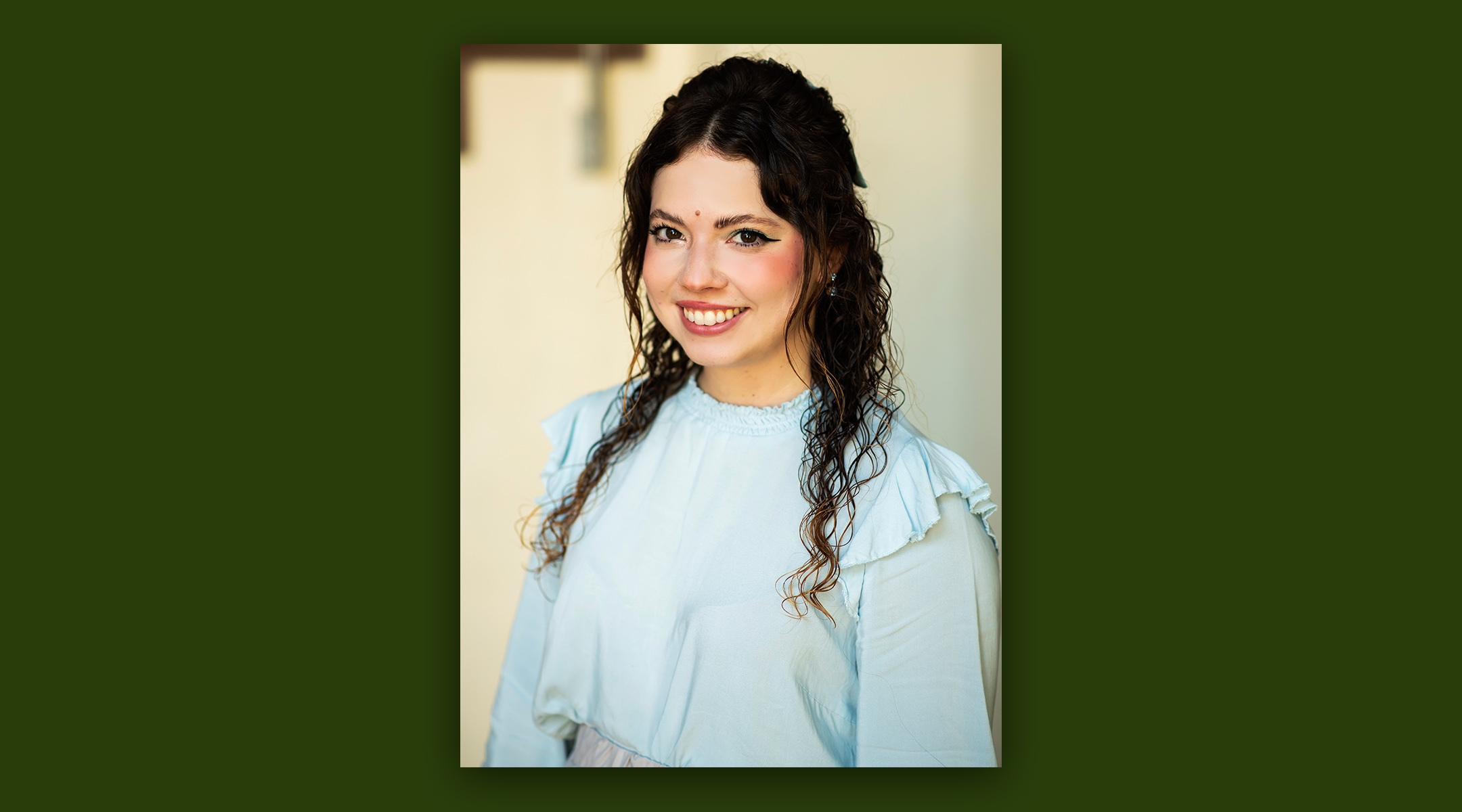 “I’ve always been hungry for any kind of religious diversity,” said Smith, 28, who grew up in a small North Carolina town but is now based in Lithuania and identifies as secular. “After a painful breakup, I was looking for some television viewing that was comforting and without drama. ‘Shtisel’ fit the bill perfectly.”

As a postdoctoral sociolinguistics researcher and lecturer, she was fascinated by the show’s “code-switching” — how different characters alternated between Yiddish and Hebrew depending on the context. Although she grew up in a Protestant home “with no exposure to Judaism,” Smith said, she has family members who she described as “Litvaks.”

“The show has helped give me a glimpse at what snippets of life may have been like for my ancestors,” Smith said. “It’s very emotional. There’s also a wonderful simplicity in a show such as this, in a world that is currently so overwhelming.”

Foong, a 35-year-old Christian and communications executive in Singapore, was looking for “international TV dramas and films” on Netflix when she chanced upon “Shtisel.”

“‘Shtisel’ provided a detailed insight into the lives of ultra-Orthodox Jews, which are probably nonexistent in Singapore,” Foong said. “I realized that there’s a spectrum in Judaism, just like Christianity. After watching ‘Shtisel,’ I understand Jewish people more.”

“Shtisel” served as a gateway for Foong to “Unorthodox,” the other popular Netflix show about haredi Jews. 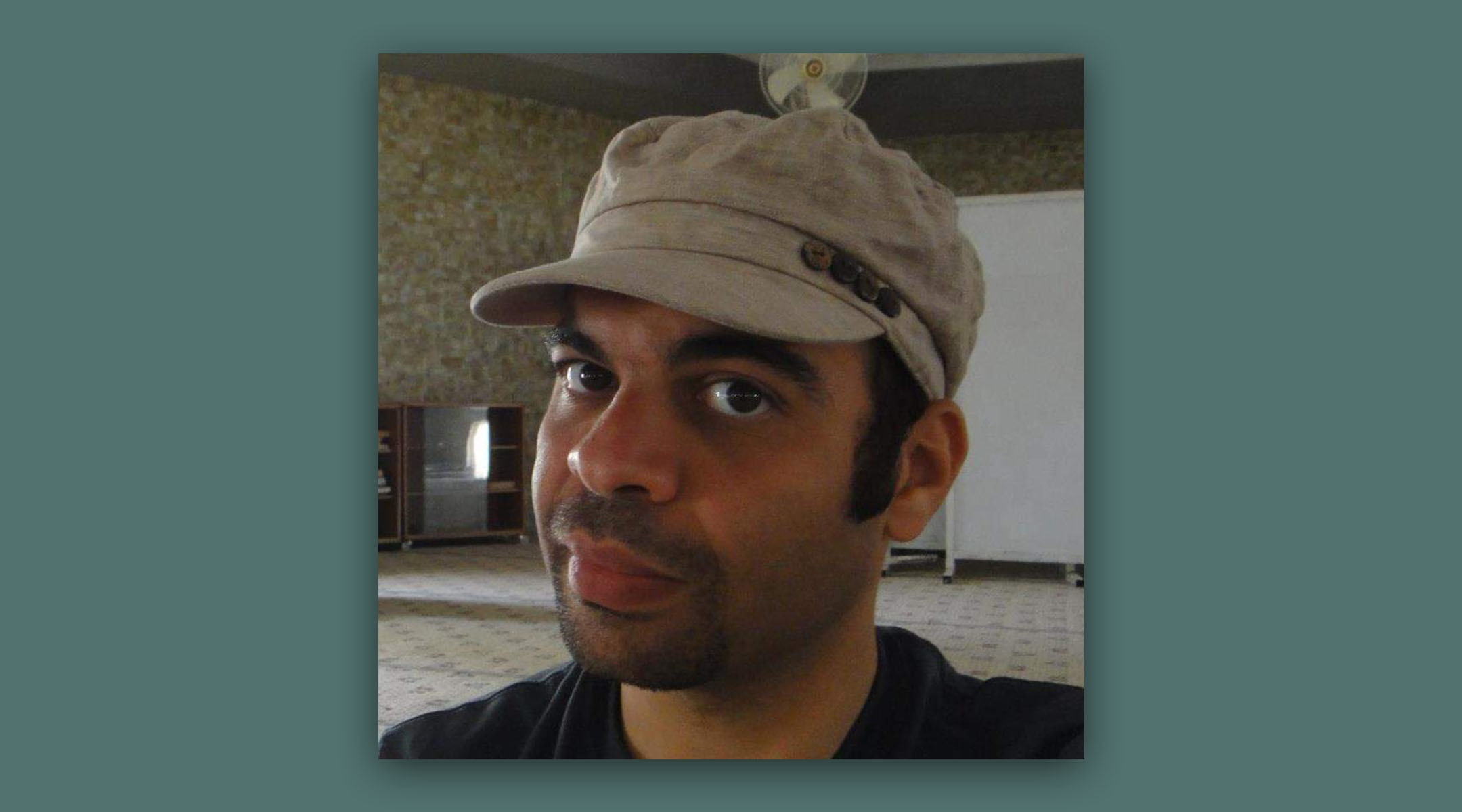 Azzouz, 37, said he was “interested in Jewish culture in general for many reasons,” including the existence of general “similarities between both Arab people and Israeli people in terms of culture,” being “fed up with the division created by politics” and his belief that he “might be carrying some Jewish blood.”

“‘Shtisel’ was a great opportunity to learn more about people who are usually far away from the media. And unlike ‘Unorthodox,’ it didn’t show them in a totally negative way,” he said.

Vivien, 27, who identifies as Catholic, has also seen “Unorthodox” — but she’s not as big a fan of that show.

“I don’t want to see a movie ‘complaint’ … I just want to imagine an ordinary life of Jewish Orthodox people,” she said. “The characters are absolutely real! They are not ‘black’ or ‘white,’ but they’re continually changing, they evolve … like ordinary people!“

Commenting from Rome, Vivien said she’s always been interested in Jewish and other traditional cultures but had not made the time to learn about them.

“‘Shtisel’ has given me more knowledge about this fascinating world,” she said. 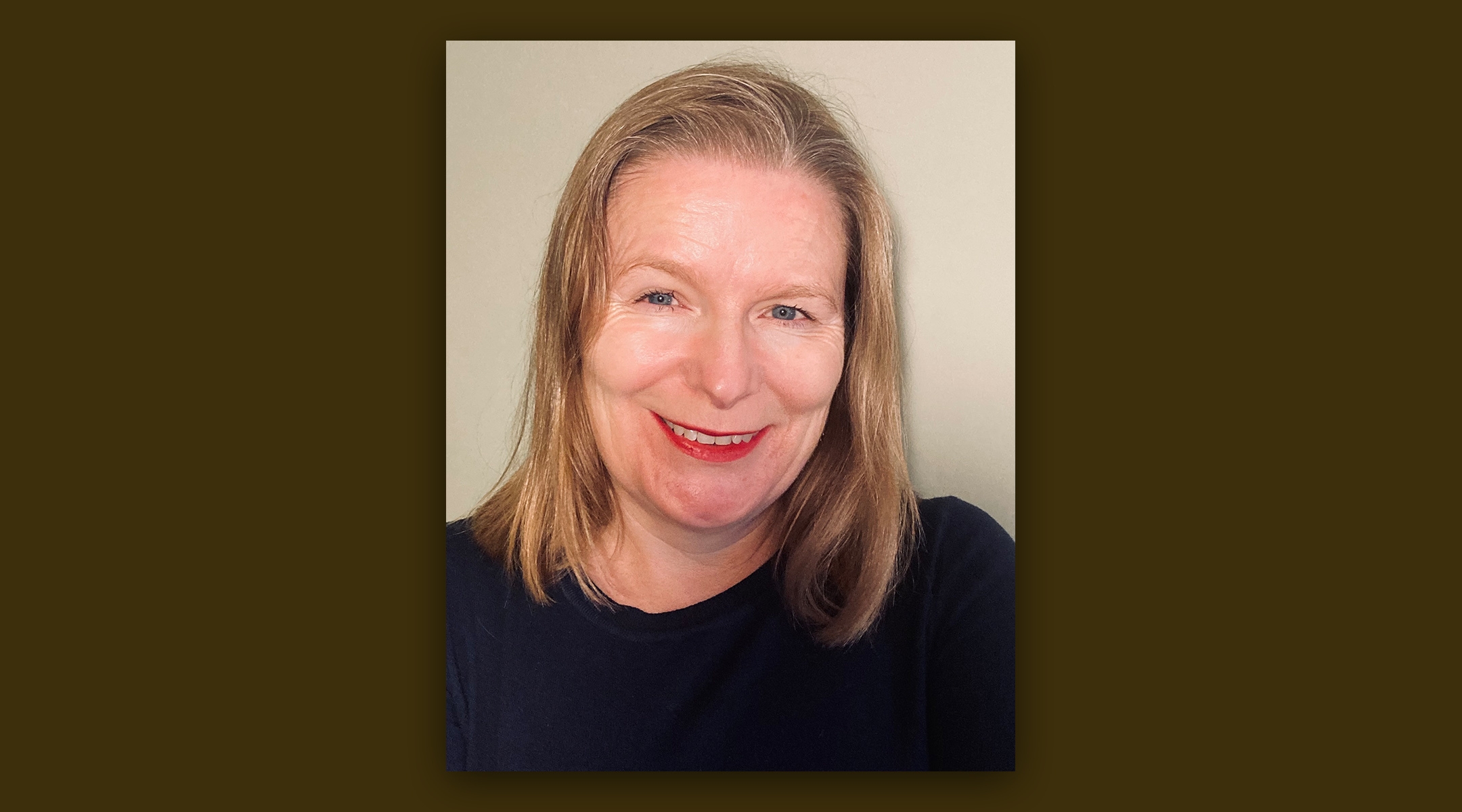 For Bailey, 50, who hails from Chichester, West Sussex, and identifies as a humanist, calls it a “very, very superior soap opera.” She also appreciated the show’s lack of politics.

“The most interesting thing was the minutiae and rhythm of everyday life and frankly, being able to watch something based in Israel which isn’t political and/or forcing a point of view. I felt like I was learning about people that I would never normally have any access to or be able to make friends with,” she said. “I love the quiet intensity of it. Ultimately, cliche as it is, it’s reinforced for me that we are all very similar.”

Fischer, 53, is a Denmark-based CEO who was Christian-born but is no longer practicing.

“The pace is very intense because the actors are so skilled and fill out the silence without saying anything,” said Fischer, whose paternal grandmother was Jewish. “I love the way it shows we are all the same with hopes, dreams and family conflicts.”

“We all love and get angry, are shameful and try to hide it … they are so human,” she added. 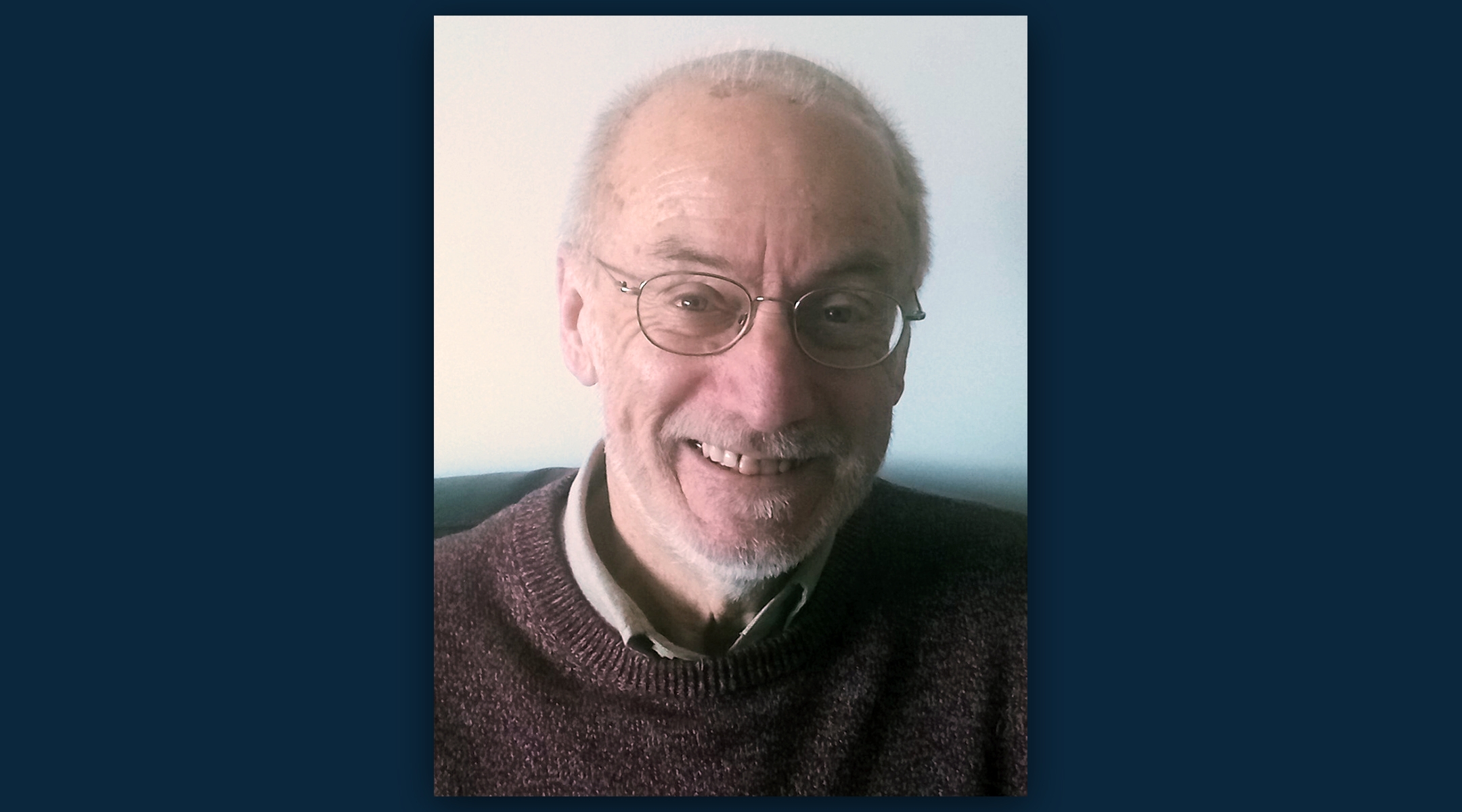 Johnson, 69, from the small English village of Roade, said he has no religious beliefs. But he has a strong connection to Israel, having been a 1999 lung-lobe donor for a 10-year-old Israeli, Lisa Ostrovsky. Lisa died in January 2000, but Johnson remains close to and has visited her secular Israeli family. Programs like “Shtisel” have made him feel more knowledgeable, he said.

“I especially respect the way families stay together intergenerationally,” Johnson said. “I was fascinated to see more of the way the community lives, the rules they live by and their customs.

“The subtleties and contradictions within the characters are so fine, as are the comedic sections. A laugh, a weep, a lesson – what more could we ask from a TV show?”