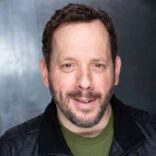 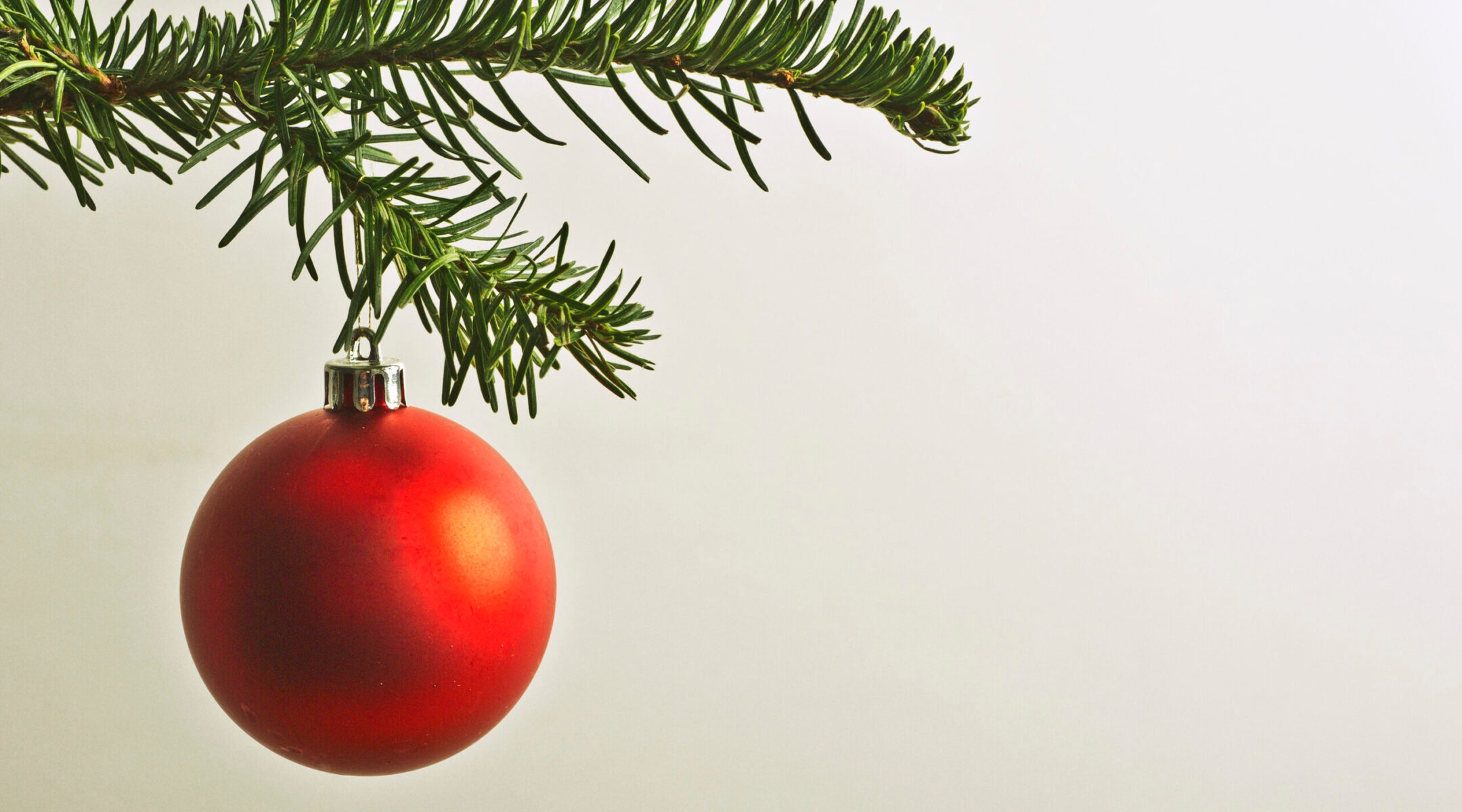 A Christmas tree with a red ornament (Getty Images)
Advertisement

(JTA) — Let’s cut right to the chase: I’m a proud middle-aged Jewish man and there’s a Christmas tree in my living room. This is the seventh year I’ve had one there. And boy, let me tell you, involving myself in this holiday practice has felt like a profound revelation. And a bit like a crime.

Growing up in Van Nuys, California, in the 1980s, I was surrounded by the festive nature of the season each year. Bing Crosby dreamt of white Christmases on the radio while a delightful peppermint hue befell the world around me. I’d watch saccharine-sweet movies that found Santa Claus bringing happy endings to heartwarming family tales. And I’d hear my friends at school get giddy about leaving out milk and cookies for the big guy as they wondered what gifts were waiting to be opened on Christmas morning.

Knowing that I was drawn in by Christmas worried my grandmother, who made a mean matzah ball soup for our family’s Hanukkah celebrations. Anything that even resembled a tree (Hanukkah bushes included) was banned in our home. To ease my disappointment, my mother tried putting a 2-foot-tall wooden Star of David in our living room for a number of years and told me I could decorate it with a few strings of blue and silver tinsel.

While I appreciated the effort, that felt like a consolation prize. And besides, when I hit my teens, I stopped envying Christmas and started disdaining it. The holiday had been out of my reach for so long that like Kyle from “South Park,” I leaned heavily into a “Lonely Jew On Christmas” mentality. By the time I was an adult, I had grown accustomed to the Jewish tradition of ordering Chinese food and watching a movie on Christmas.

That worldview was thrown completely off its axis when I met my wife, who is not Jewish and was raised with a rich diet of Christmas observance. I began spending Christmas with her family, which required two full days of travel, big family socializing, reciting unfamiliar prayers, gorging myself on huge meals, getting little sleep and learning a whole assortment of new traditions. It was exhausting, physically and emotionally.

But it was also exhilarating. It was as if my wife and her family took some jumper cables and gave my soul a little boost. And I realized that by spending so much energy resenting being told that Christmas was off-limits to me, I had never imagined how it could feel to have a menorah and Christmas tree coexist under my roof. But getting married solidified this newfangled idea that I could really recognize both without coming out as a bad Jew in the process.

Telling yourself you’re not going against your religion or culture is one thing, but putting those thoughts into action is a whole other adventure altogether. And when my wife and I took our first trip to pick out a tree for our home, I’d be lying if I didn’t say I freaked out. I experienced a manic emotion explosion — a weird mixture of excitement, confusion, worry and flat-out guilt. It had been decades since my grandmother passed away, but it seemed as if her judgment was still living on in my head.

We did it, though. We got that Christmas tree. And then the next year, we did it again.

I started to understand the appeal of stringing lights and garlands around it. Slowly, but steadily, we’ve collected keepsake ornaments that have come to represent special memories we have created together. And after my daughter was born, I found that I empathized with my own parents’ struggles with my Christmas curiosity — and also knew that I wanted to do things differently in my family. I wanted our values of inclusiveness and diversity to extend through the holiday season, and the traditions we both brought to the table.

When our daughter was just 3 months old, my wife sent me on a nerve-wracking errand to buy a Christmas tree all by myself. For a fleeting moment, I felt like a covert Hanukkah spy infiltrating Santa’s home base. How do you pick the perfect tree? What if it falls off the car on the ride home? What if I decorate the wrong way?

Those worries were for naught. While I still can’t seem to get a tree that stands up straight, I’ve found the mere act of having one in our home to be quite an empowering form of expression.

My grandmother was definitely set in her ways. She was part of the greatest generation and was the product of immense challenges and traumas. An impenetrable pride developed from her own formative years that taught me the value in maintaining traditions and practices that are inherently Jewish.

But certain traditions are best left in the past. They’re like valuable lessons that can lead us toward a better understanding of ourselves and the way we interact with our ever-changing world. And as corny as it sounds, I see that lesson play out every day I answer my daughter’s questions about lighting the menorah and watch her gaze in wonder at the tree in our home, now decorated partly with “Daddy’s special ornaments” in Hanukkah blue and white.

These are the smaller moments that are laying the foundation for the traditions and memories we’ll share in the years and decades to come. For the longest time, I never really knew what it meant to be in the holiday spirit. But I’ve come to the realization that what I was craving when I envied my friends’ Christmas trees as a child was just more gratitude, togetherness and love. I’ll never feel bad about building a family tradition that symbolizes all of that.

Aaron Pruner
is an actor and writer living in Los Angeles, California. Fun fact: He once played Charlize Theron's nerdy boyfriend in a Japanese car commercial.
The views and opinions expressed in this article are those of the author and do not necessarily reflect the views of JTA or its parent company, 70 Faces Media.