Prominent rabbi said he didn’t know his ParCare vaccination was illicit: ‘We would not have done that’ 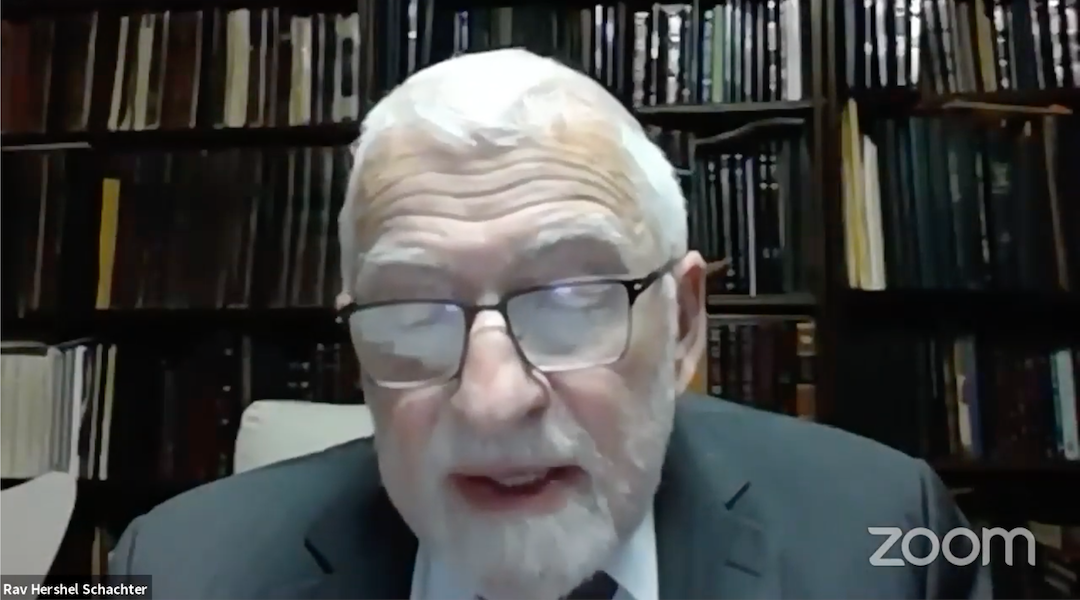 Rabbi Hershel Schachter, who received the coronavirus vaccine Thursday at ParCare, a clinic that is now being criminally investigated for administering vaccines to members of the public, said he would not have gotten the vaccine if he had known it was illegal. (Screenshot from YouTube)
Advertisement

(JTA) — Rabbi Hershel Schachter, a leading Modern Orthodox rabbi who received a COVID-19 vaccine Thursday at a clinic now under investigation for improperly administering the vaccine, said he was led to believe that the vaccination was above board.

Schachter and Rabbi Mordechai Willig, both head teachers at Yeshiva University and major authorities on Jewish law, were photographed getting the vaccine through ParCare Community Health Network, a network of clinics serving Orthodox communities in and around New York City. State health officials say ParCare gave the vaccine to members of the public before that was allowed and may have obtained the vaccines “fraudulently.”

The fact that health care workers and nursing home residents and staff are the first to receive the vaccines has been widely publicized. Before an online Torah lesson Sunday night, Schachter said he and Willig had both asked whether the vaccines they had been offered were legal and legitimate and that they hoped to encourage others to be vaccinated by publicizing their own vaccinations.

“We were led to believe that it was,” he said. He added, “If either of us would have been told that this was inappropriate, that it wasn’t legitimate, we would not have done that.”

Schachter, already a sought-after authority on matters of Jewish law for decades, became an outspoken leader urging compliance with pandemic guidelines early on in the crisis. He issued dozens of written Jewish legal opinions throughout the spring and summer, addressing a range of questions involving Jewish ritual and social distancing and has frequently encouraged mask wearing. Earlier this month, he said on a podcast that jumping the queue to obtain a vaccine was not permitted under Jewish law.

He and Willig were photographed getting the vaccine, Schachter said, to inspire confidence in the vaccine.

“You all realize that I feel it is very important we should all take this vaccine,” he said Sunday.

BoroPark24, a Yiddish news service, reported on Dec. 21 that ParCare had obtained 3,500 doses of the vaccine produced by Moderna and would vaccinate 500 people that day. ParCare’s CEO, a Hasidic businessman named Gary Schlesinger, told BoroPark24 that ParCare had gotten permission to vaccinate patients and that only people over 60 or with underlying conditions would be eligible at first. The next day, Schlesinger retweeted a picture of himself receiving the vaccine.

On Saturday, New York State Health Commissioner Howard Zucker said on Saturday that state police would investigate ParCare and people associated with it. Schlesinger deleted the photograph of his own vaccination sometime after that.