How the pandemic has scrambled the rabbi hiring process 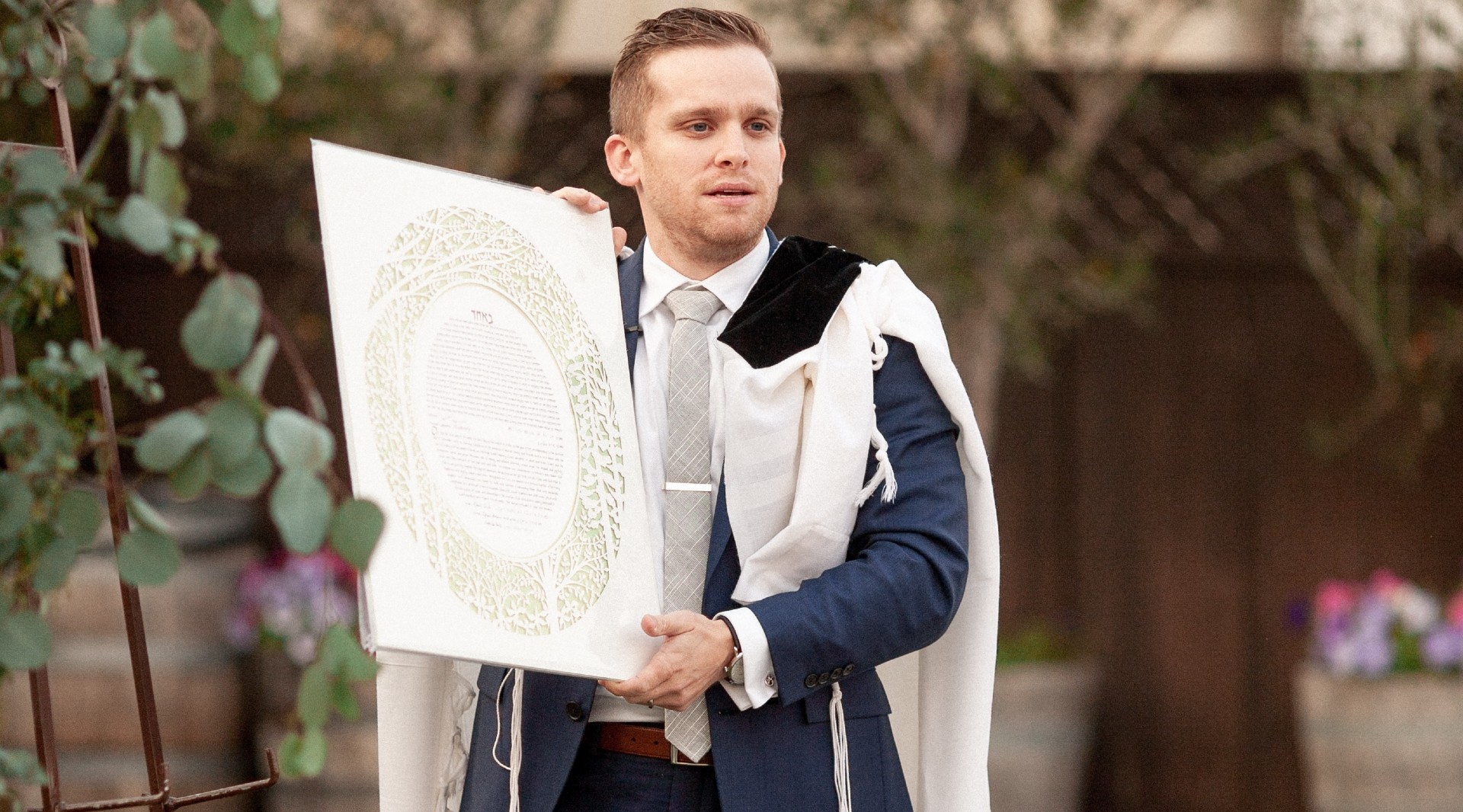 Rabbi Adir Yolkut, who is doing a yearlong rabbi-in-residence program at Temple Israel Center in White Plains, N.Y., says it's been hard to assess the intangibles of prospective jobs given the impossibility of in-person visits. (Emil Cohen/Marry Me A Little Photography)
Advertisement

(JTA) — When Andrew Pepperstone drove to Kansas in late July to start his new job as rabbi at the Hebrew Congregation of Wichita, it was the first time he’d ever been to the city.

“My entire search for a new pulpit job was conducted during COVID-19,” he explained, so all his interactions with the Conservative congregation had been virtual.

What had proved most challenging was securing a new position in the midst of a public health and financial crisis that has caused several synagogues to suspend hiring.

“Congregations said they would get by for another year without hiring a rabbi, or their own rabbi agreed to stay on for another year,” said Pepperstone, 48. “In another case, I was being considered to be the associate rabbi at a congregation and we had had great conversations. But then they said that because of the impact of COVID on their finances, they couldn’t guarantee my salary and so couldn’t commit themselves. As a result, they shut down their search.”

The pandemic, said Rabbi Aaron Brusso, co-chair of the placement committee for the Conservative movement’s Rabbinical Assembly, has “impacted everything, and the placement process is no different.”

Synagogues are the linchpin of American Jewish life, a place where Jews gather not just for prayer but to celebrate weddings and brises, hold funerals and even send their children to preschool.

The rabbi — or, at large synagogues, multiple rabbis — is the central figure in American synagogues. He or she not only delivers sermons and teaches classes, but presides over simchas, counsels troubled congregants and, in some cases, supervises staff that can number in the dozens. More often than not, rabbis occupy their pulpits for decades; their salary is paid for by the congregation’s members.

So when synagogues seek to hire a rabbi, they embark on a long, high-stakes process not unlike a business in search of a CEO or a person in search of a life partner.

“The relationship between a congregation and a rabbi is a sacred partnership,” said Rabbi Dvora Weisberg, director of the Reform rabbinical school at Hebrew Union College-Jewish Institute of Religion in Los Angeles. “Finding the right match is crucial for both parties.”

COVID-19 has scrambled that fraught process – as well as the job itself. 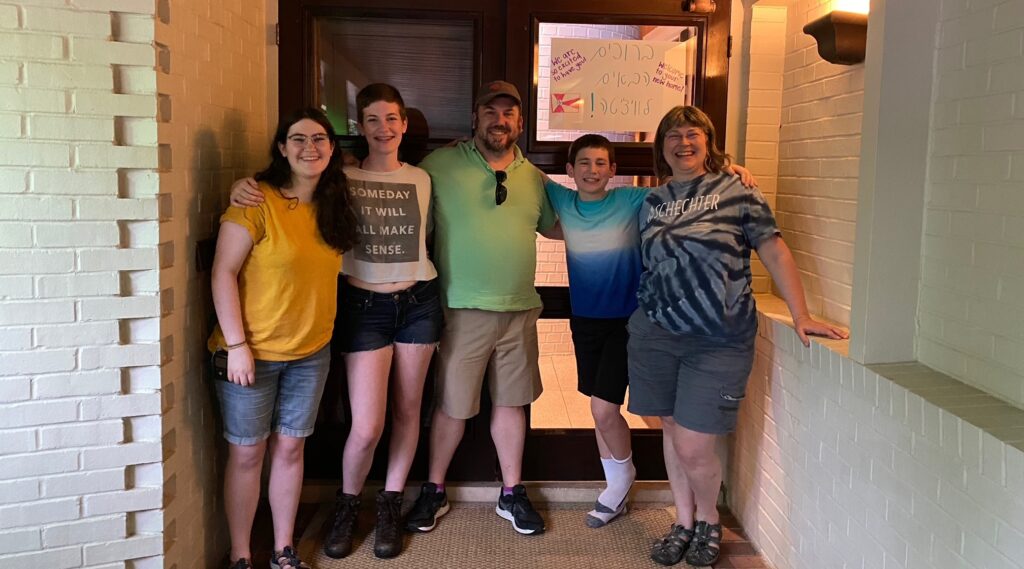 Rabbi Andrew Pepperstone, center, with his children, from left, Hadar, Aviyah and Matan, and his wife, Cantor Paula Pepperstone, on July 5, 2020, the day the family arrived at their new home in Kansas for the rabbi’s new job at the Hebrew Congregation of Wichita. (Courtesy of Andrew Pepperstone)

“The role of the rabbi is to serve as teacher, offer pastoral care and comfort, create community and help people in need,” said Jennifer Stofman, director of synagogue consulting at the United Synagogue of Conservative Judaism, the movement’s umbrella organization.

“Obviously the word ‘need’ has been broadened during the pandemic,” she said. “Many rabbis are now spending a lot of their time reaching out to congregants to calm their anxiety, offer support, and connect them with programs and services that can help them get through this very challenging time.”

Before the coronavirus pandemic, congregational search committees would begin the interview process by phone but eventually move to in-person interviews culminating in a Shabbat visit. During that weekend, job candidates would lead a service, deliver a sermon, meet with the preschoolers, teach a class, maybe have lunch with staff and schmooze with congregants during kiddush on Shabbat.

But with U.S. COVID-19 infection rates sky high and most non-Orthodox synagogues holding services online rather than in person, synagogues haven’t been able to hold those critical weekend trials.

In March, Rabbi Michael Werbow managed to squeeze in an in-person weekend tryout at Tifereth Israel in Washington, D.C., right before the pandemic shut down everything. He got the job, but by the time he started the building was shuttered.

“Most of our services have been on Zoom,” Werbow said. “I did 31 meet-and-greet sessions online with approximately 12 people in each session as a way to try to get to know people. Through that I met about two-thirds of the congregation.”

As a matter of policy, all job interviews for rabbis in the non-Orthodox religious denominations – including Conservative, Reconstructionist and Reform – are now done virtually.

Rabbi Jillian Cameron began looking for a pulpit position in the fall of 2019 after deciding to leave her position in Boston as director of an organization that supports interfaith families. But it wasn’t until the pandemic began that Cameron, who is gay, found the right fit: Beth Chayim Chadashim, a Los Angeles congregation that bills itself as the world’s first synagogue for LGBTQ Jews.

She did online interviews with the search committee, synagogue officials and leaders of the transgender havurah, and sent sermons in writing. She was hired in mid-May.

“I had never before seen it, so there was a bit of faith on both sides,” Cameron said of her new job. Several months after moving to California, she said “it is absolutely the right place for me.” 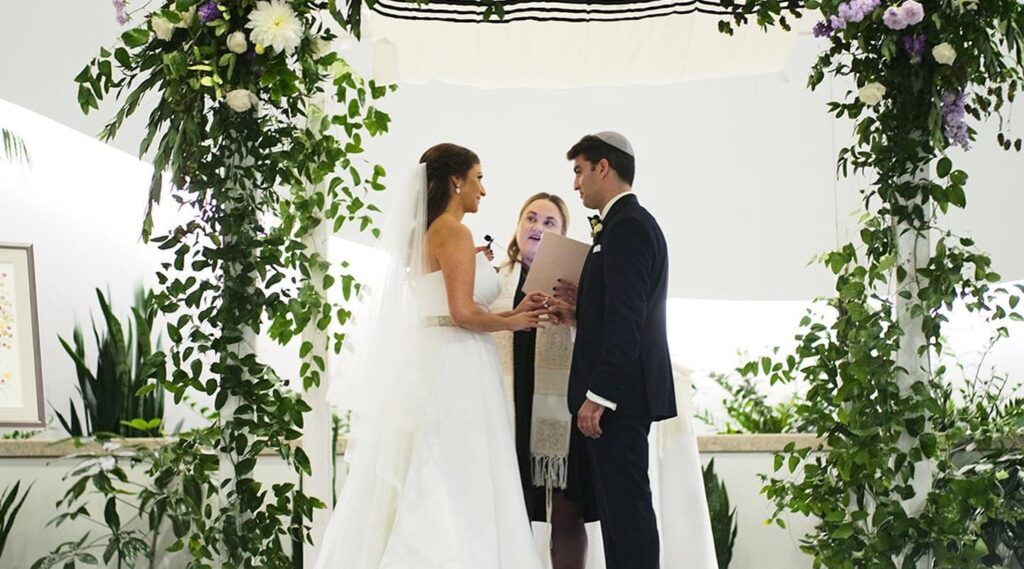 In the Orthodox world, where most synagogues are open but with strict capacity limitations for worshippers, hiring has slowed down significantly, according to Rabbi Adir Posy, director of the Orthodox Union’s Department of Community and Synagogue Services.

“Shuls are trying to keep the status quo and not engage in massive searches for new staff during a time when people have generally not been able to travel,” Posy said.

Joel Schreiber, chairman of the rabbinic search committee at an Orthodox shul in suburban New York, said his committee at the Lido Beach Synagogue on Long Island is planning to invite three leading candidates for weekday visits to give congregants a chance to meet them.

Despite the new challenges in the hiring process, some say the job market actually has improved because longtime rabbis are expediting retirement. About 50 Conservative congregations in North America are actively looking to hire a rabbi, according to Stofman. There are also jobs for rabbis at schools, hospital chaplaincies, summer camps and Jewish organizations.

“I was surprised at the number of pulpit openings that keep popping up,” said Rabbi Adir Yolkut, who is in the middle of a yearlong rabbi-in-residence program at Temple Israel Center in White Plains, New York, a Conservative shul. Yolkut already has done some virtual interviews with synagogue search committees.

On the plus side, Yolkut said, he can use Zoom to show how he leads davening, teaches a class and delivers sermons.

“The disadvantage,” he said, “is that so much of the things I do are one-to-one, personality-driven intangibles. I feel that is lost when I can’t look people in the face and have in-person interaction with them.”

The Reform movement, which boasts 850 synagogues across North America and more than 1 million Reform-identified Jews, has rabbinical seminaries in New York, Cincinnati and Los Angeles, and ordained 22 students this spring. All but one of them have secured full-time jobs, 15 at congregations, according to Weisberg.

Each student normally is required to do some fieldwork in a synagogue or hospital, as well as have some experience in a pastoral setting such as a nursing home. But the pandemic has forced it all online.

Rabbi Joel Alpert, director of rabbinic placement for the Reconstructionist movement, which reimagines “Jewish living, learning and leadership for a changing world” and has 97 congregations, said the pandemic hasn’t frozen rabbinic turnover.

“Even in a COVID world, it is still pretty normal” to have job openings, Alpert said. “If a rabbi wants to move or if the congregation doesn’t want its rabbi, changes will still happen. If a rabbi is retiring or moving, a replacement is needed.

“The only thing that has radically changed is the interview process: They are spending a lot more time talking to each other on Zoom.”