TEL AVIV — Emma Caplan, 23, was seven months into her job teaching English at an elementary school in Rishon Lezion in March when the coronavirus pandemic compelled her to cut short her yearlong Israel experience and fly home to Westport, Connecticut.

Three weeks earlier, her entire family in the United States had been infected with COVID-19, though by the time she returned to Connecticut her parents and siblings were no longer contagious.

“I felt I needed to be home with my family, but when I got to the boarding gate for Newark at Ben Gurion Airport, I broke down crying,” she said. “That was the moment I realized I wanted to make aliyah.”

Caplan fulfilled her wish on Dec. 30, when she and 47 other Americans landed in Israel on the final aliyah, or immigration, flight of 2020 — a year dominated by frightening headlines, quarantines, lockdowns and the race for a vaccine.

Even so, 3,168 Americans and Canadians braved the obstacles and immigrated to Israel last year, only a 10% drop from the 3,575 who came in 2019. Over the same period, applications for aliyah jumped by 126%, to 6,854 from 3,035, according to Nefesh B’Nefesh, the nonprofit agency that coordinates the aliyah process for U.S. and Canadian citizens.

“Numbers are slightly down, but the drop in 2020 was more of a logistical problem than a desire problem,” said Marc Rosenberg, vice president of Diaspora partnerships at Nefesh B’Nefesh, which works in partnership with Israel’s Ministry of Aliyah and Integration, the Jewish Agency, Keren Kayemeth LeIsrael and the Jewish National Fund-USA.

All told, slightly more than 20,000 Jews immigrated to Israel last year. The United States ranked as the fourth-largest source of aliyah, following Russia, Ukraine and France.

Among North American arrivals in 2020, the plurality were young couples or families, including 794 children. However, there were also 1,032 unmarried adults, 332 retirees, 390 lone soldiers and 32 women registered to do national service (an alternative to army service for Orthodox women). The immigrants themselves, who included educators, physicians, nurses, social workers and lawyers, ranged in age from 3 to 97, with an average of 30.

Making aliyah during the pandemic has its unique elements.

Michael Vivier, 25, immigrated on Sept. 2 from Plano, Texas. After he arrived at Israel’s Ben Gurion Airport and was processed for aliyah, he was escorted by half a dozen soldiers to a taxi and taken to a Jerusalem hotel for a mandatory 14-day quarantine period.

Five years ago, Vivier went on an Israel-based gap-year program, Kivunim, that took him to 10 countries over an eight-month period. He came back to Israel to work for the program in early 2020, but lost his job soon after due to the pandemic.

“I kept finding ways back into Israel,” Vivier said. “Over time, I gradually realized that so much of my life, my friends, my relationships and my job interests were also based in Israel, and that I was very comfortable here.”

A 2019 Indiana University graduate with a degree in Middle East studies and Arabic, Vivier now lives in Jerusalem’s German Colony with his Israeli girlfriend and is finishing up an internship at Israel Story. 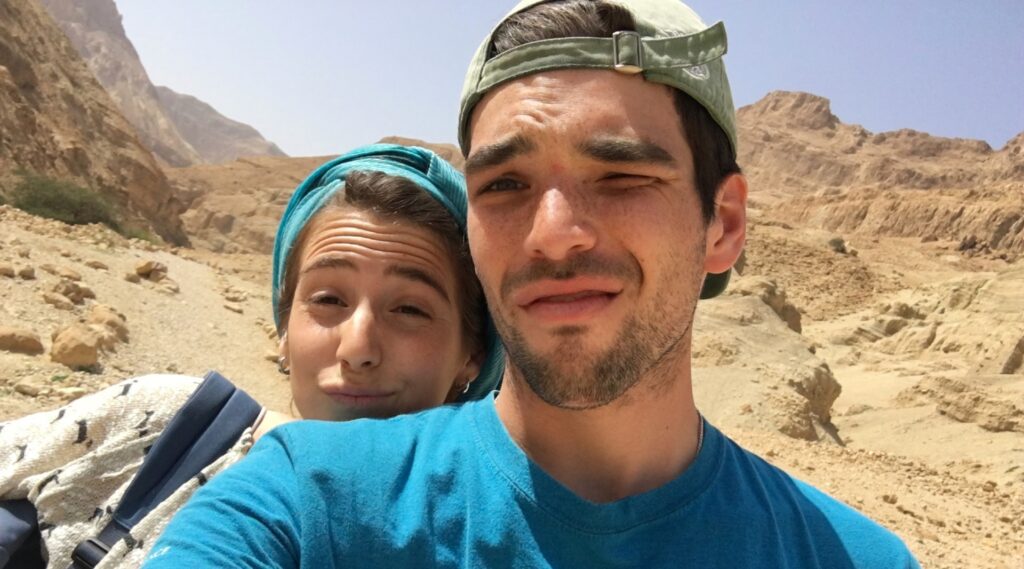 Texas-born Michael Vivier and his girlfriend, Michal Lefkowitz, hike in the Negev shortly after Vivier’s immigration to Israel. (Courtesy of Vivier)

Over the decades, the number of North American immigrants to Israel who return to their native countries has fallen, and today is under 10%, according to Rosenberg.

“Israel has matured, inflation is under control and the world has become smaller,” Rosenberg said, explaining some of the reasons for the higher staying rate. “American Jews have choices, and theirs is an aliyah of choice.”

While moving to Israel during the coronavirus era has its challenges, certain elements of the pandemic have made a move easier — namely, the ability to work remotely.

“Suddenly, people realized they could have their dream of living in Tel Aviv and keep their American jobs,” Rosenberg said. “In a way, the world got smaller when it froze. Career options became simplified.”

Another catalyst, he said, was that American Jews who wanted to spend significant time in Israel without officially immigrating — such as retirees with second homes or family in the country — found that impossible in 2020. Since March, foreign tourists have been denied entry to Israel, with few exceptions. 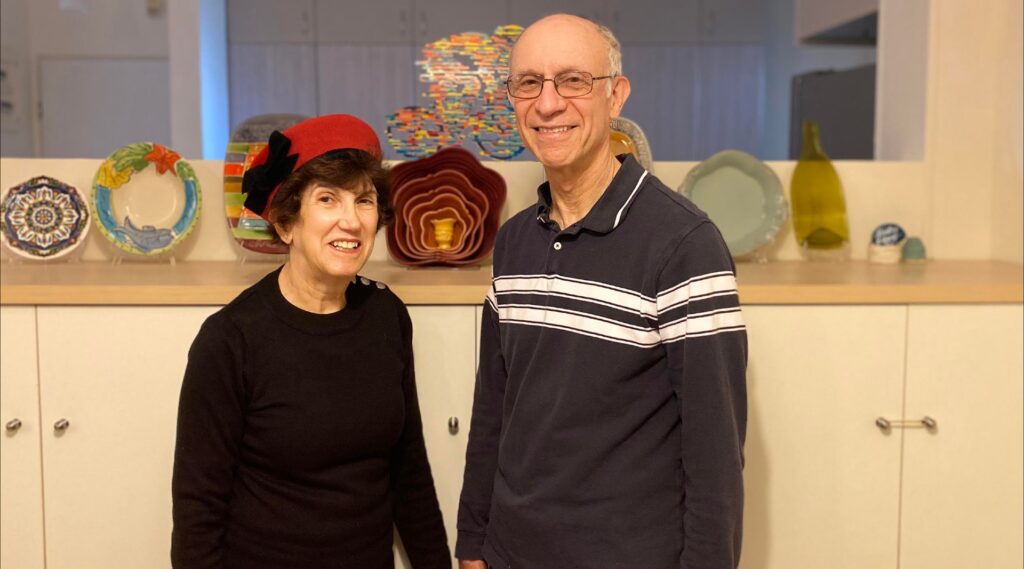 That’s what pushed Stanley and Naomi Goldis, a Modern Orthodox couple from Bala Cynwyd, Pennsylvania, to take the aliyah plunge this year.

“When you get older, you realize that the most important thing is to be with family,” said Naomi, 73. “I told Stanley we had to make aliyah so we could be Israeli citizens and visit the children whenever we feel like it. We’ll be here at least half the time.”

The couple arrived as new immigrants on Oct. 21, though they’re keeping their condo in Pennsylvania. A longtime accountant, Stanley, 75, said he and his wife had been coming to Israel for 17 years to visit their four children and numerous grandchildren in Ramat Beit Shemesh, an Orthodox suburb near Jerusalem.

“This year we couldn’t come, and I was miserable in America. I told Naomi, ‘That’s it, I don’t care what the cost is, I’m making aliyah,’” recalled Stanley, who now advises accounting clients in California, Texas and Florida remotely from Israel instead of from Pennsylvania. “So at least something good came out of the pandemic.”