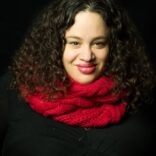 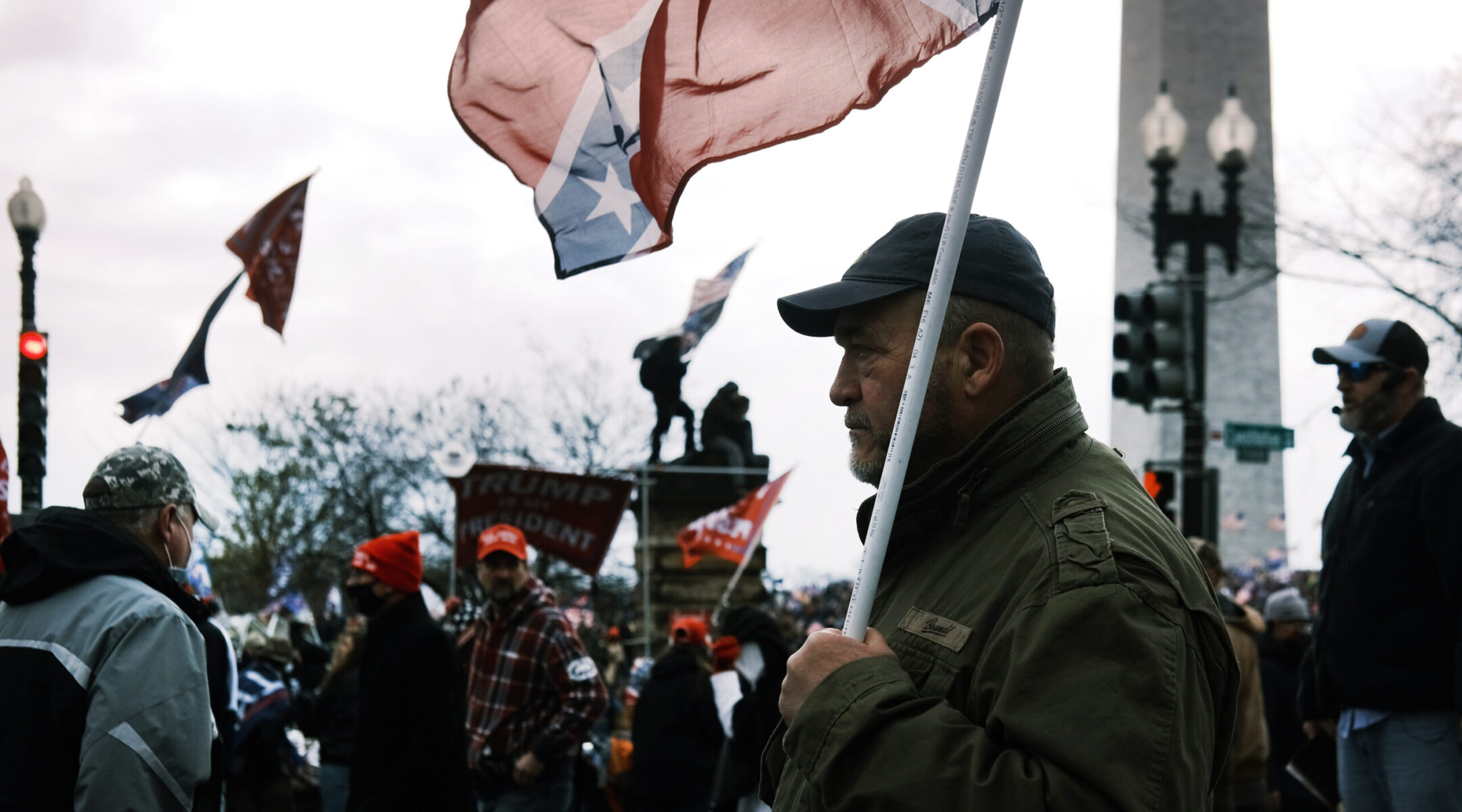 Crowds arrive for the Stop the Steal rally in Washington, Jan. 6, 2021. Trump supporters gathered in the nation's capital to protest the ratification of President-elect Joe Biden's Electoral College victory over President Trump in the 2020 election. (Spencer Platt/Getty Images)
Advertisement

I just lied to my 4-year-old little girl, right to her pretty little curly-haired face, about why her school was closed today. I told her it was because of a traffic problem, and we danced to the “Traffic Jam Song” from “Peppa Pig.” She accepted this — she was happy that it wasn’t because of COVID-19 and that school would open again on Thursday.

The truth, however, was much uglier.

The real reason her school was shuttered was because it wasn’t safe to go to school. It was the second time this term her Jewish preschool had to close because Nazi hate groups and far-right extremists were marching in support of President Trump.

We live in Washington, D.C., and her school is downtown. The Stop the Steal March is today, with its parade of fanatics, conspiracy theorists and white supremacists who are furious that Trump lost the election, and they were coming to demand Congress overthrow the will of the American people.

While violent white supremacy has always existed, for most of my life public displays of it were not a regular occurrence. But Trump’s presidency has taken extremism out of the shadows and encouraged it into the mainstream. My daughter’s school was closed on Wednesday because fascists are marching against democracy. They are marching to take away your vote — our votes —  the vote I fought to mobilize and win while I served as director of grassroots organizing for the Jewish Democratic Council of America. The vote Americans died for, both in the American Revolution and during the civil rights movement. The vote for which we are still fighting.

At 4, my daughter is just beginning to learn about voting, and about how wonderful democracy is. She hasn’t learned yet that it is also fragile.

Mayor Muriel Bowser advised Washingtonians to avoid downtown and warned that this is not a normal protest — the ones we expect and respect as D.C. residents — but an event filled with those who are seeking violent confrontation. As of Tuesday evening, six protesters had already been arrested for assault or gun charges. While downtown D.C. is dangerous for everyone today, it is particularly dangerous for my family: We represent everything these people hate. We are Jewish, we are interracial, and my daughter and husband are Black. We are everything they want to burn down and destroy.

Just how can I tell my daughter this awful fact? And when, exactly, is the appropriate moment to tell her how much some people hate our family because of who we are proud to be? They hate our Blackness, our Jewishness and our proudly multicultural family.

She remembers the joyful day the election was called; she calls it “Joe Biden Day.” She saw her entire city block explode in joy: honking horns, banging pots and pans, chanting and dancing in the street. She learned about happy tears. She thought it was pretty fun and frequently asks when the next Joe Biden Day is. She knows the old president was a “mean man,” and that people are happy he is leaving. She knows that you are supposed to be kind and welcoming and that our old president was not. She can’t remember his name; Biden is the first president she will remember.

She has requested hamburgers and fries for Inauguration Day. She knows that is the day when Biden moves into the White House and when we will celebrate the Biden-Harris victory again. She occasionally asks if she can meet Biden’s grandkids and pet his dogs. Given all this excitement, how can I tell her that white supremacists are still marching to take the vote away? When should I tell her that people died to be able to vote, and that we still need to fight to protect the ballot, especially for Black people?

As for why school is closed today, my husband and I struggled with what to tell her. In general, we prefer age-appropriate truths to flat-out lies. But this year has been a very scary time for us all, and we didn’t want to scare her further. What could we say that was truthful, but not terrifying when we ourselves are frightened? So we made the decision that childhood is precious — especially  Black girlhood, which tends to end far too soon.

So we decided that we won’t let these marchers take that from her. As a Black Jewish woman, unfortunately there will be plenty of opportunities for her to experience hatred. So I want her to learn to love herself first: her Jewishness, her Blackness, herself. We fill her life with books, music and media that tell her Jewishness is wonderful, Blackness is beautiful, and how good it is to have many different types of friends and family. At home, we dance to Beyonce and Debbie Friedman. We talk about love, and loving ourselves, and how proud we are of who we are.

This is a part of how we resist: We celebrate who we are and live lives full of joy. The day we must talk to her about hatred is coming, probably sooner than we’d like. But first we are instilling love, confidence and pride. When it is time, we hope to tell her a story of a world where hate still lives but good people are fighting for equity and justice every day.

While I beg all Americans not to let this become our new normal, I am working my hardest to give my daughter a normal day today. Like all of us, he has had precious little “normal” since the pandemic started, and we are so grateful to be able to have her physically in school at all.

So instead of spending today in fear, I’ve declared Wednesday to be Special Mother-Daughter Fun Day. We will stay in our neighborhood, which is farther away from downtown. We will get bagels delivered from our favorite place, and we’ll go to the playground for a masked and socially distant playdate. I’ll let her eat extra treats so she thinks the world is sweet just a little while longer, and she won’t question why I am being a little indulgent today. Precious girl, I love you so much, how could anyone hate you? To your mother, you are perfect.

Carly Pildis
has dedicated her career to fighting for justice and equality on a global and national scale. She was named one of the 2019 Forward 50, Forward’s annual list of influential American Jews. She works for Tikkun Olam, healing a broken world, through advocacy, organizing, and writing. She is an outspoken advocate against rising antisemitism. She recently completed work on the 2020 election, serving as Director of Grassroots Organizing for the Jewish Democratic Council of America. She currently serves as a columnist for Forward. Past work includes Contributing Editor at Tablet Magazine, RESULTS, Obama for America 2012, Jubilee USA Network, and American Jewish World Service. In addition, she serves as a board member for the JCRC of Greater Washington and the Inter Jewish Muslim Alliance (IJMA).
The views and opinions expressed in this article are those of the author and do not necessarily reflect the views of JTA or its parent company, 70 Faces Media.