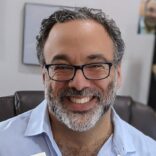 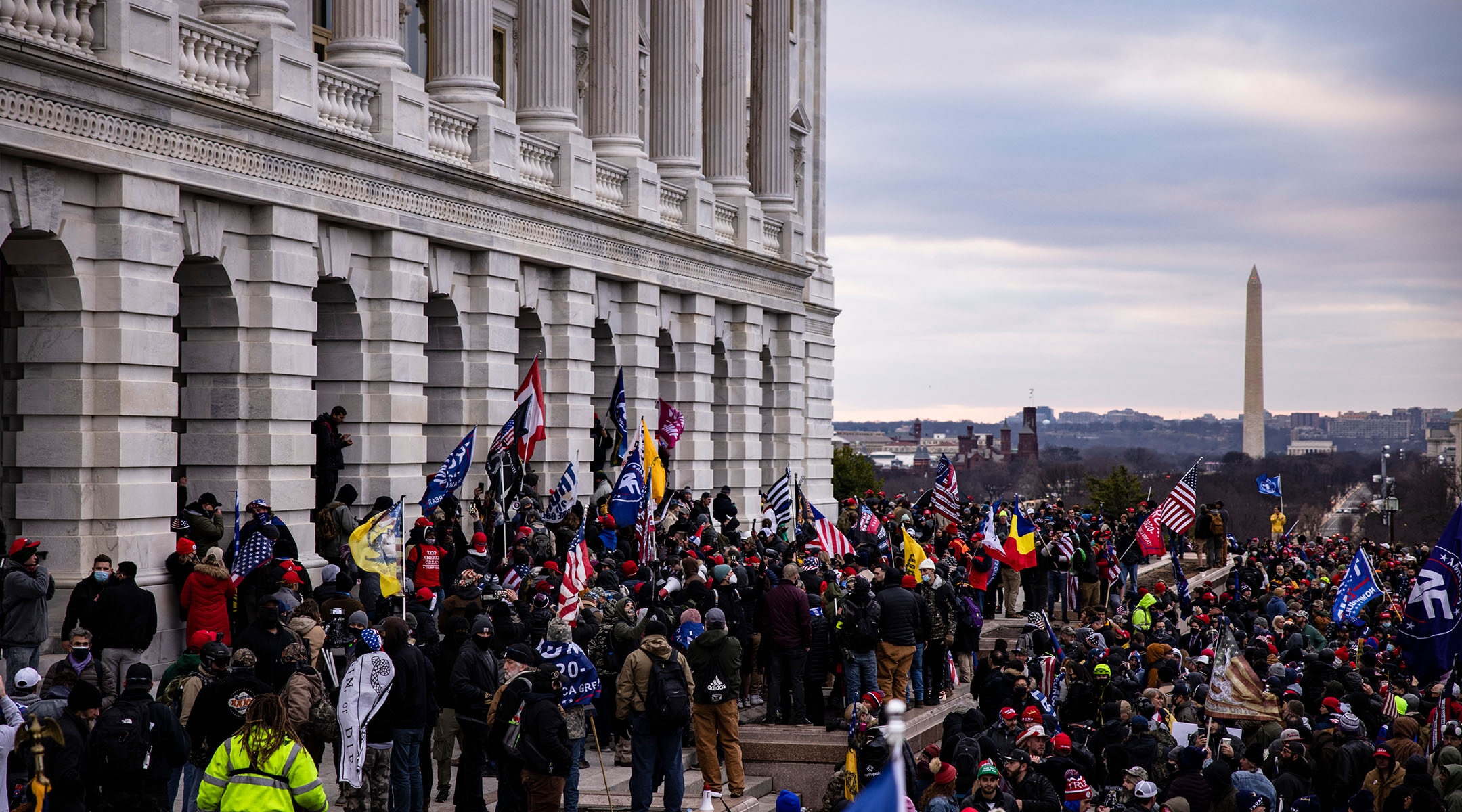 (JTA) — I remember many years ago feeling ambivalent about the prayer for the government recited in synagogues every Shabbat morning. Were we sanctifying the policies of an administration? What of political leaders who would use religious language in pursuit of their particular agendas? I wondered: Isn’t God bigger than that?

My feelings have changed as I’ve grown older, but never have I prayed as deeply for the government of the United States as I did today, upon witnessing a violent mob attack our nation’s capital. Professional journalists and smartphone-wielding citizens have made clear that we are in dire need of heaven’s help.

As I type, my heart is trembling. My children have asked me to explain the inexplicable, and my response has been a worried, stumbling prayer: Please God, protect our government’s leaders, who have been whisked away from the very heart of America because of the threat of physical harm.

Regardless of a citizen’s political commitments regarding small government or universal healthcare, fiscal conservatism or foreign policy, the ancient sage Rabbi Chanina, the deputy high priest of his day, defined what it means to pray for the government when he said: “One should pray for the welfare of the government, as were it not for the fear of the government, every person would swallow their neighbor alive.” Today’s despicable violence in Washington, D.C., proved him right.

The common good is a fragile thing, and its preservation depends upon the collective stewardship of our leaders. Jewish history is replete with examples of how easy it can be for a leader to incite societal fissures. Just this week we read in the Torah of Pharaoh’s successful method of incremental dehumanization of our ancestors, fomenting a division between us (Israelites) and them (“real” Egyptians). Jews have learned to trust the psalmist who warned not to place eternal “trust in princes or kings.” But we have also learned to ask heaven’s help in appointing leaders who will act in good trust. In other words, we pray that our government will succeed at keeping faith with the people it is called to serve.

The desecration of America’s national symbols today, the wielding of weapons on the Congress floor, the assault on law enforcement and the leaders they are sworn to protect is not only the action of a riotous mob; it was nothing less than an assault on the health of our country, an act of American blasphemy.

A faithful person, according to the great American civil rights leader Rabbi Abraham Joshua Heschel, “holds God and man in one thought at one time, at all times, who suffers harm done to others, whose greatest passion is compassion, whose greatest strength is love and defiance of despair.”

When a Jew beseeches God to protect the government, it isn’t a partisan prayer or the expectation that God will explicitly intervene in a historical moment. A prayer for the government is a kind of citizen’s Hippocratic Oath. We pledge to protect each other from harm.

This prayer is a traditional commitment to society’s welfare, a ritualized way of ingraining in the collective Jewish conscience the biggest command of all: loving our neighbors as ourselves.

So let us pray.

Rabbi Menachem Creditor
is the scholar in residence of UJA-Federation New York and the founder of Rabbis Against Gun Violence.
The views and opinions expressed in this article are those of the author and do not necessarily reflect the views of JTA or its parent company, 70 Faces Media.