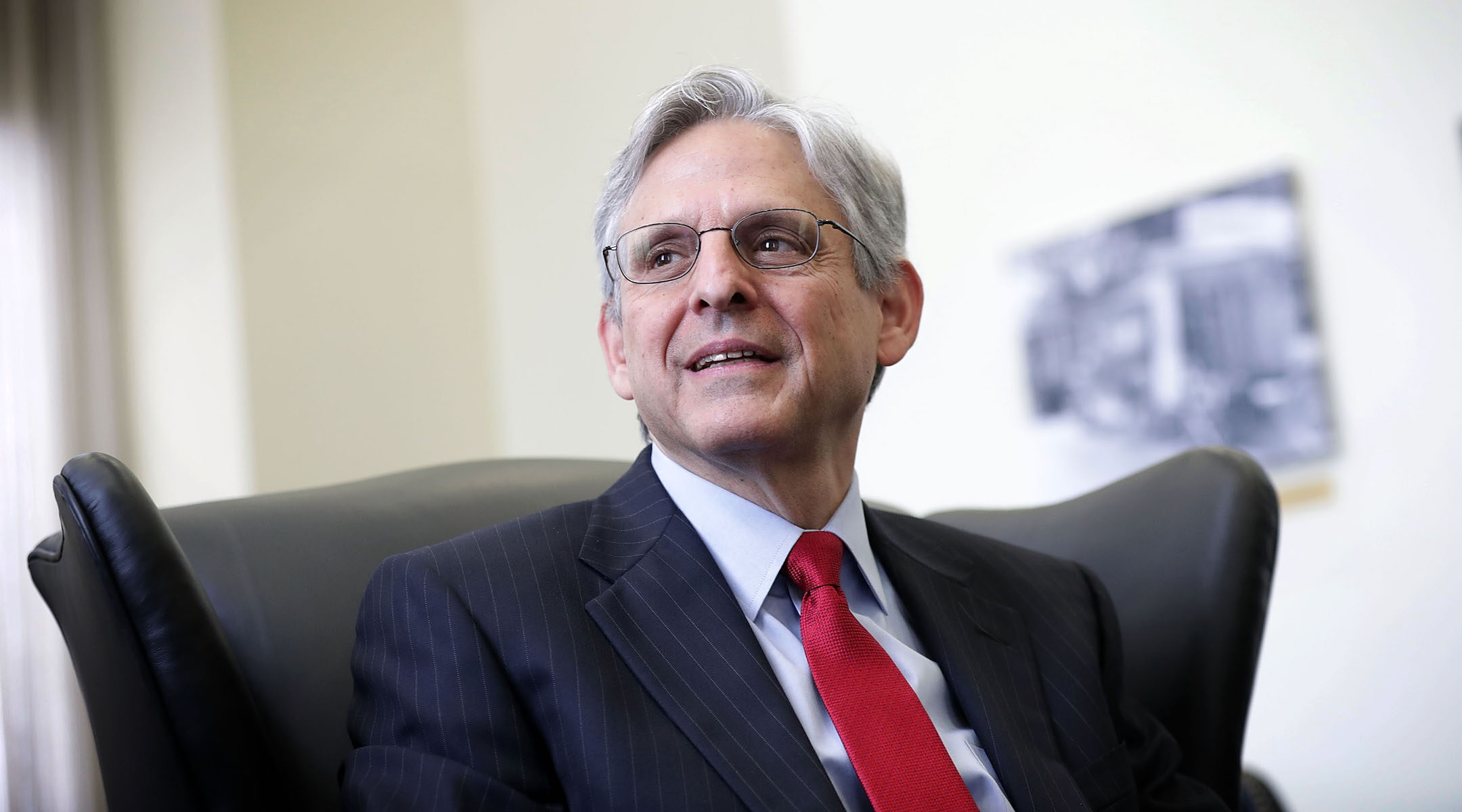 Merrick Garland shown in 2016, when he was nominated to be a U.S. Supreme Court justice. Senate Republicans prevented a vote on the nomination. (Alex Wong/Getty Images)
Advertisement

(JTA) — President-elect Joe Biden has nominated Merrick Garland to be his attorney general more than four years after Senate Republicans blocked the judge from serving on the U.S. Supreme Court.

Garland, 68, who is Jewish, currently serves on the U.S. Court of Appeals for the District of Columbia Circuit. He is seen as politically moderate, which Biden saw as a positive following an era when President Donald Trump sought to use the Justice Department to further his own political ends, according to The New York Times.

Garland has a respected record within the judiciary but is not always liberal in his rulings. He is more likely to side with police than those accused of crimes, and has sided with the government in cases involving Guantanamo Bay, according to The Times.

Garland’s March 2016 nomination was blocked by Senate Republicans, who refused to hold hearings while Obama was in office. The episode embittered Senate Democrats against the majority leader, Sen. Mitch McConnell, leading to years of politicized fights over court nominations.

McConnell had claimed that he opposed the Garland nomination because it came during an election year. But last year he approved Trump’s Supreme Court nominee, Amy Coney Barrett, while votes for the 2020 election were already being cast.

In a speech after being nominated, Garland referenced how his ancestors fled hatred to seek a better life in the United States.

“My family deserves much of the credit for the path that led me here. My grandparents left the Pale of Settlement at the border of western Russia and Eastern Europe in the early 1900s, fleeing anti-Semitism and hoping to make a better life for their children in America,” he said, choking up.