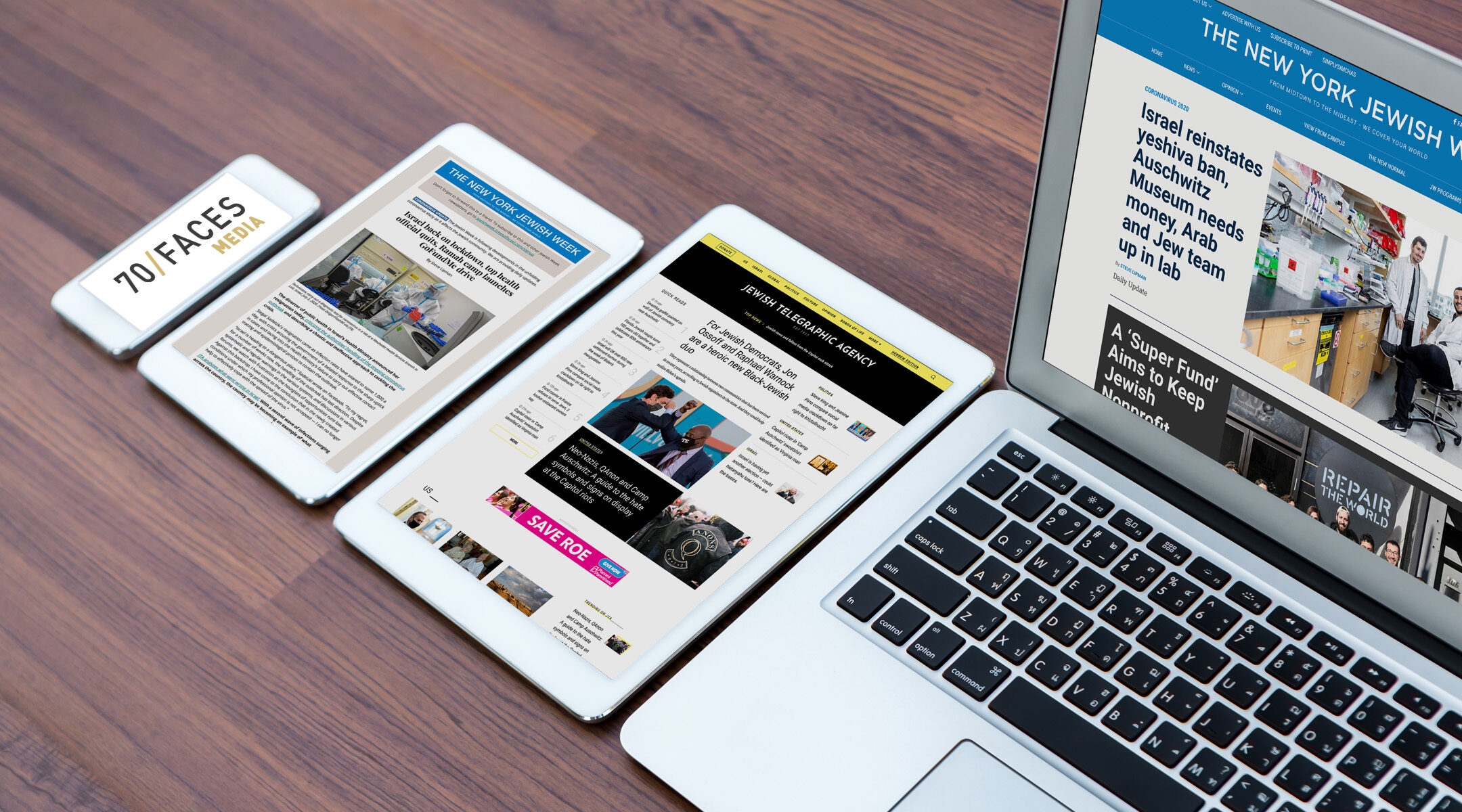 In a deal completed late last month, the 45-year-old Jewish Week will join the growing stable of brands at 70 Faces Media, which also publishes Alma, Kveller, My Jewish Learning and JTA Hebrew. The Jewish Week will retain a focus on Jewish New York, while drawing on 70 Faces Media’s experience and resources as North America’s largest and most diverse Jewish media organization.

“We look forward to building on the esteemed history of the New York Jewish Week and developing a lasting and compelling digital identity that reaches new audiences and strengthens the lives of all Jewish New Yorkers.” said Ami Eden, CEO & Executive Editor of 70 Faces Media.

The acquisition of the New York Jewish Week is part of the unified news strategy being developed by Philissa Cramer, JTA’s editor in chief, to better serve local and national readers across the country. “We are creating a news model that will support on-the-ground journalism at a time of crisis for local news,” Cramer said. “Jewish news audiences want to know and understand what’s happening in their local communities, and how that fits into the bigger picture.”

The Jewish Week, which won numerous awards for its coverage – including investigations of sexual abuse and disability inclusion in the Jewish community – was forced to suspend print operations in the midst of the Covid-19 pandemic.

As part of the transaction, 70 Faces Media has also acquired the New York Jewish Week’s annual series of public forums and several of its other programs, including two student writing programs (Fresh Ink for Teens and Write on For Israel) and The Conversation, an annual retreat for top and emerging thought-leaders in Jewish life.

The acquisition and operation of the New York Jewish Week is being supported in part by grants from the UJA-Federation of New York, Lucius N. Littauer Foundation, and three additional foundations (the Jim Joseph Foundation, the Maimonides Fund and the Lynn and Charles Schusterman  Family Foundation) through their participation in the Jewish Community Relief and Impact Fund. The fund was established to support Jewish communal institutions in the wake of Covid-19.

“The plan to create a digital future for the Jewish Week brand — that leverages 70 Faces Media’s digital prowess and its other compelling brands — represents an important and exciting opportunity to stabilize and expand the range of news, information, ideas and culture for the New York Jewish Community in the years ahead,” said Eric Goldstein, the CEO of UJA-Federation of New York.