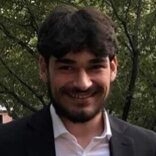 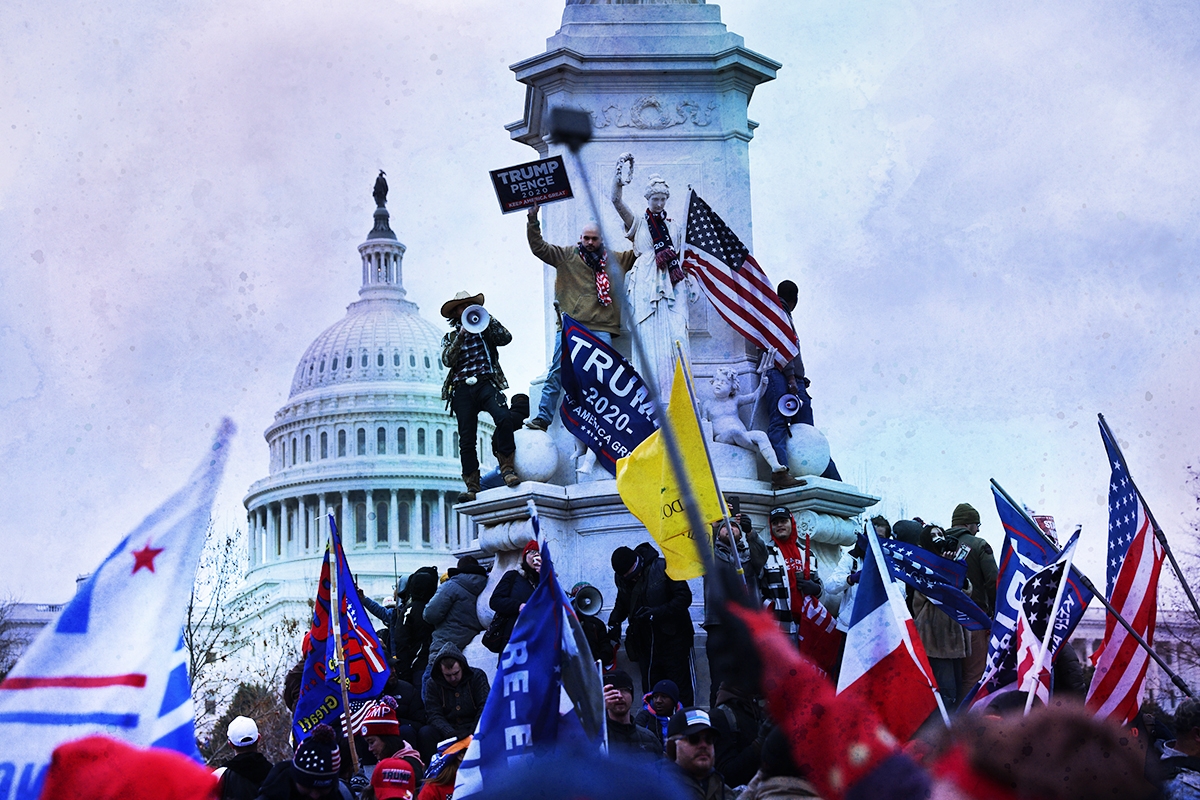 This story originally appeared on Alma. The author is a member of Alma’s college writing fellows, a diverse cohort of Jewish students from around the world. Learn more here.

Not only was I in D.C. on Jan. 6, I was across the street from a hotel filled, nearly entirely from what I could tell, with Trump supporters who had come to our nation’s capital for this week’s rally turned riot.

Three days earlier I had moved to a new apartment in Washington. I unpacked my clothes, electronics, posters and my finishing touches: Judaica (what else?). A menorah on the windowsill, a small flag of Israel above my bed, a larger Ashkenazi flag on my wall and finally a gorgeous mezuzah on my door frame. My roommate, also Jewish, took no issue with my choices in decorations. It all proclaimed, not unintentionally, “here lives a Jew.”

Over the days leading up to riot at the Capitol, I watched a steady trickle of Trump supporters come into the city. Cars around my neighborhood were covered in flags, bumper stickers and icons declaring the visitors’ loyalties. Already addicted to people watching, I saw folks in MAGA hats coming and going from the hotel across the street from my building. Their windows were covered in Trump flags. 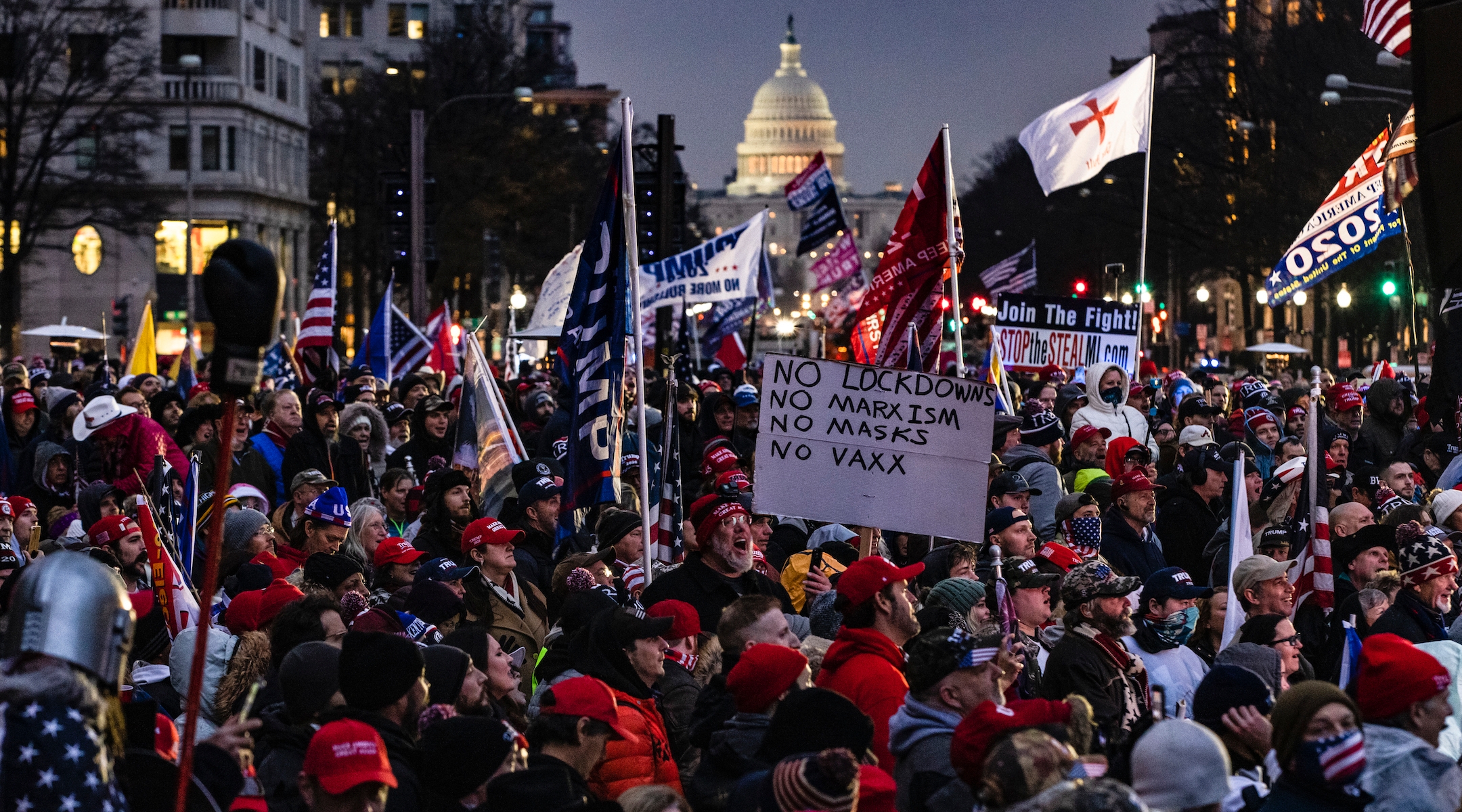 I live near the National Mall, and when I visited the Vietnam War Memorial on Tuesday, I found myself surrounded by maskless men and women in MAGA hats with Trump flags in hand. A rally of some sort had just let out, and a few hundred protesters remained scattered across the mall.

Coming from New York and living in D.C., I understand that I’m not often exposed to realities that exist outside of liberal cosmopolitan areas, but the experience was nevertheless dizzying. I had never been surrounded by people decked out in what basically are far-right political uniforms. As I told my grandfather later over the phone, that short trip brought out my inner “Mexican Jew,” and I felt the need to leave the area as soon as possible. (That, plus it was cold.)

Walking back from my trip to the mall, I thought about my Judaica at home. Living on the first floor, I realized that my Ashkenazi and Israeli flags would be plainly visible through the windows. I wondered about the reactions of my new neighbors across the street. Far-right politics is riddled with philo-Semitism and anti-Semitism. Despite the fact that I hadn’t seen threats of anything intentionally intimidating, I still wondered about any possible risks.

Nevertheless, I didn’t let it occupy my mind too much. It was certainly troubling to overhear conversations about how “China definitely sent the virus on purpose,” but I had no idea that mass lawlessness would soon follow. I assumed the protest would fizzle for a weekend, as previous demonstrations had.

On the day that the Capitol building was overrun, there were certainly a few signs that real trouble was brewing. Trump’s own words was one. Seeing upward of 50 men in Party City-level military garb, some with Confederate flags, marching down the sidewalk outside my building was certainly another. But I didn’t take things quite seriously until walking back to our building, when I saw a group of about 10 protesters. One asked another for directions to the Capitol.

“We’re going to storm it,” he proclaimed, as if that wasn’t treason.

That declaration was disquieting enough, but what really made me nervous was seeing a sheathed knife on his bel — the kind of knife that’s probably not good for much other than stabbing people. That brought home for me that something much worse than a protest was happening. My roommate and I rushed inside, where NPR already was reporting that the Capitol building was under siege. 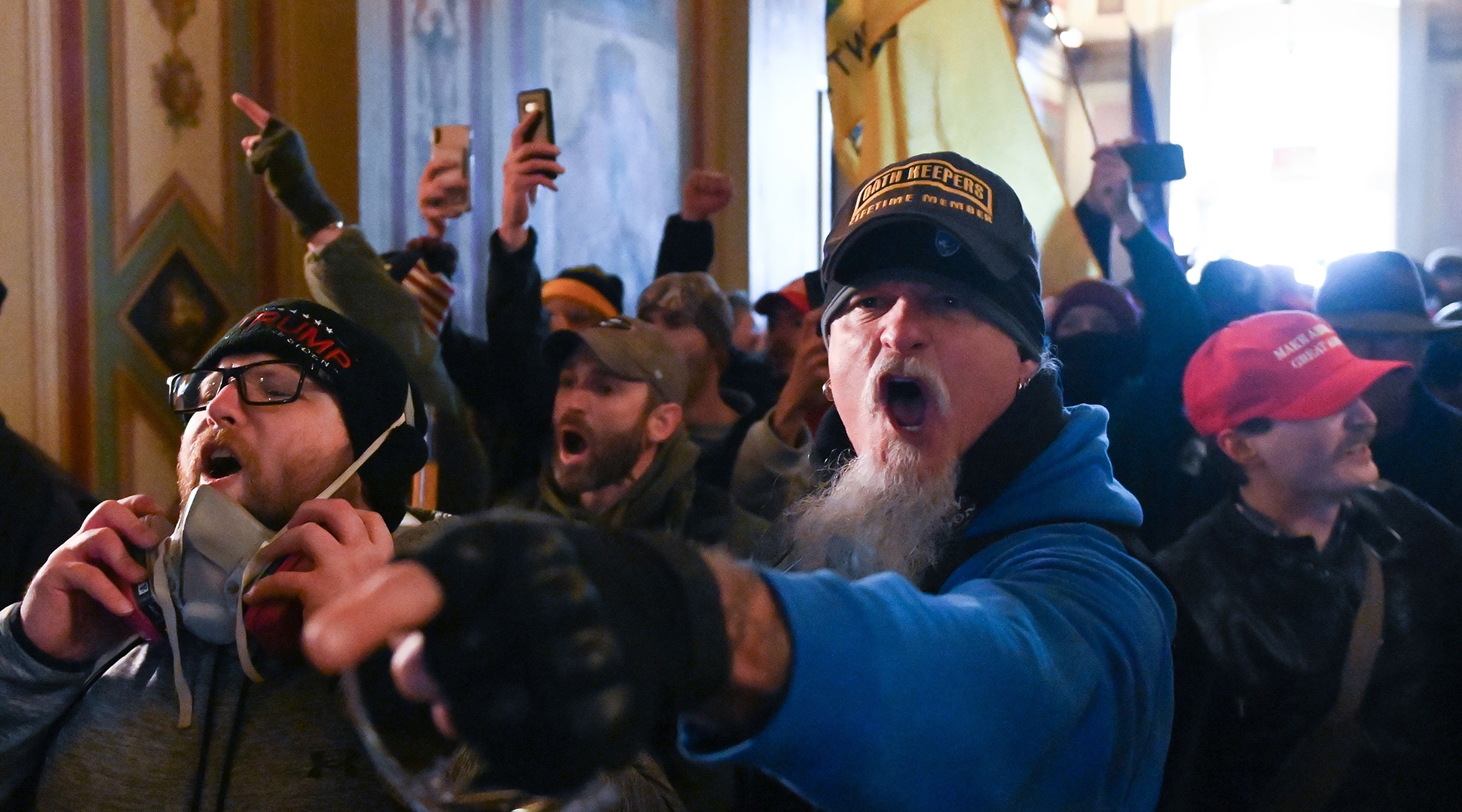 Fury followed. That turned to nervousness, especially when I realized that many of those storming the halls of democracy were likely staying across the street from me. I received a handful of frantic phone calls from my mother commanding me not to sit near the windows facing the hotel for the rest of the evening. I dropped the blinds, blocking any Judaica from view. There was no room left in my mind for quandaries on philo-Semitism. I was no longer interested in publicly proclaiming a “Jew lives here.” Viewing the fascist and neo-Nazi imagery sported by some rioters that has surfaced since the attack on the Capitol, I think it was a wise decision.

As the news came in, my roommate joked that now would be an opportune time to fill out a Canadian asylum application. It wasn’t more than a typical left-wing musing, but it elicited in me a strange knee-jerk reaction not befitting a throwaway comment.

It was a deeply Jewish response and one I felt thoroughly. There is a large constituency in this country under the delusion that they are some kind of supermajority incapable of losing a national election. And while it may be tempting to intellectually or emotionally opt out of American belonging, to do so would play into the hands of these fanatics hell bent on transforming the definition of Americanness into one along racial, religious and ideological lines. They have weaponized the national title, perverting it to the point where mobs can carry an American flag in one hand, a Confederate flag in the other, storm a federal building and continue to think of themselves as patriots. I was enraged not only at Trump but at his supporters, who buy into a selfish, twisted notion of national belonging.

It was in part the anger at those who assume themselves to be the majority that led to my conclusion that there will be “no more running.” While this view is certainly informed by years of extremist mobilization in this country — Charlottesville, Pittsburgh, D.C. — it is really the outcrop of a larger Jewish history. We have been driven from nearly every country we have ever resided in. The once multipolar Jewish world is now bipolar, mainly existing in the U.S. and Israel. But aliyah, moving to Israel, has never really been on the table for anyone in my family. For us, the Atlantic and Pacific coasts are the shores of no return. We have not found unparalleled freedom in this often bizarre experiment only to abandon it in its hour of need.

As disgusted as so many of us felt going to sleep on the night of Jan. 6, it must be remembered that in the long term, a lot of good happened on that day. It was the day the Democrats took the Senate for the first time in a decade. It was the day that Georgia — a state that generations of Black and Jewish people have been taught to fear — sent Jon Ossoff and Raphael Warnock to the Senate. It was the day that finally brought some kind of cosmic punishment to the Republican Party for its years of facilitating Trumpism. Better still, it may be the day that the GOP finally recognized the monster they had been feeding the past four years.

Good things can happen in the next few years. I woke up on Thursday realizing that we can get this country back on track, and to ignore or deny that would be to forget the hard work that went into making a Democratic majority in the Senate possible.

The day that right-wing militants stormed the U.S. Capitol left me bewildered and angry, even frightened. But it also left me defiant and optimistic. The last four years, through their ups and downs, have not convinced me that there is no Jewish future in America. They have likewise not convinced me that there is no future for democracy in America. I won’t let them take that away from us. 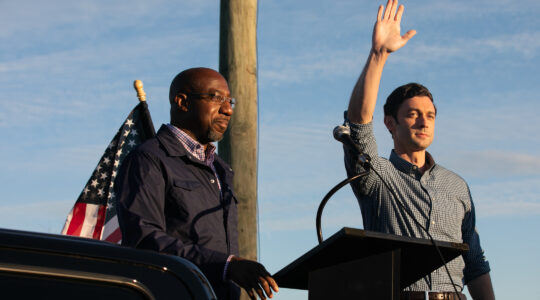 Warnock wins and Ossoff leads in Georgia Senate races, making Black and Jewish history at a pivotal moment for America