52 years ago, 9 Jews were hanged in Baghdad. Today, their descendants risk losing everything they left behind. 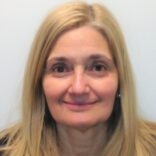 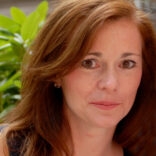 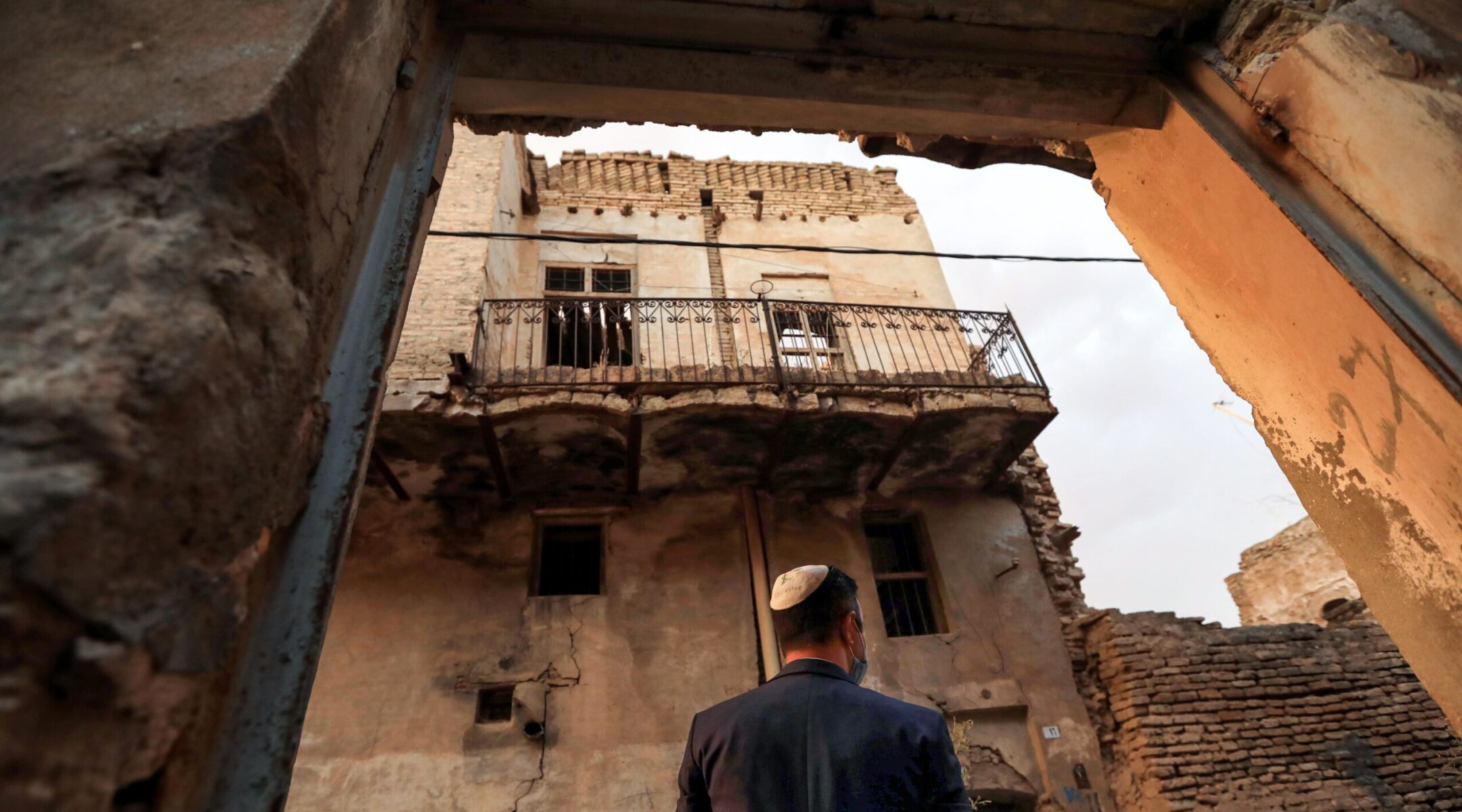 Ranj Abderrahman Cohen, an Iraqi Kurdish Jewish man, stands at a ruined Jewish synagogue in Arbil, the capital of the autonomous Kurdish region of northern Iraq, on July 5, 2020. Jews were historically Iraq's second-largest religious sect, comprising 40 percent of Baghdad's population according to a 1917 census, before their exhile in 1969. (Safin Hamed/ AFP via Getty Images)
Advertisement

(JTA) — On Jan. 27, 1969, nine Jews were hanged in Tahrir Square in the center of Baghdad as half a million people looked on.

It was the climax of a campaign of persecution that followed the establishment of Israel, which in turn hastened an exodus of what had been a strong and flourishing community. Of the 160,000 Jews who had lived in what is today Iraq since the destruction of the First Temple, only a handful of Jews remain.

When the Jews fled, they were not allowed to take anything more than three sets of clothing and 50 dinars — a pittance. Their communal and personal property was confiscated by the Iraqi regime.

For decades, the survivors and descendants of that community thought all records of their lives in that ancient land were lost.

For the Basri family, leaving Iraq meant leaving behind not only our own personal belongings but a vast collection of material belonging to the Frank Iny School, the last Jewish school to operate in Iraq. Frank Iny was my grandfather, and his school was an island of security for Jews as the fires of anti-Semitism raged around them. School records, photos and more were lost, we thought forever. 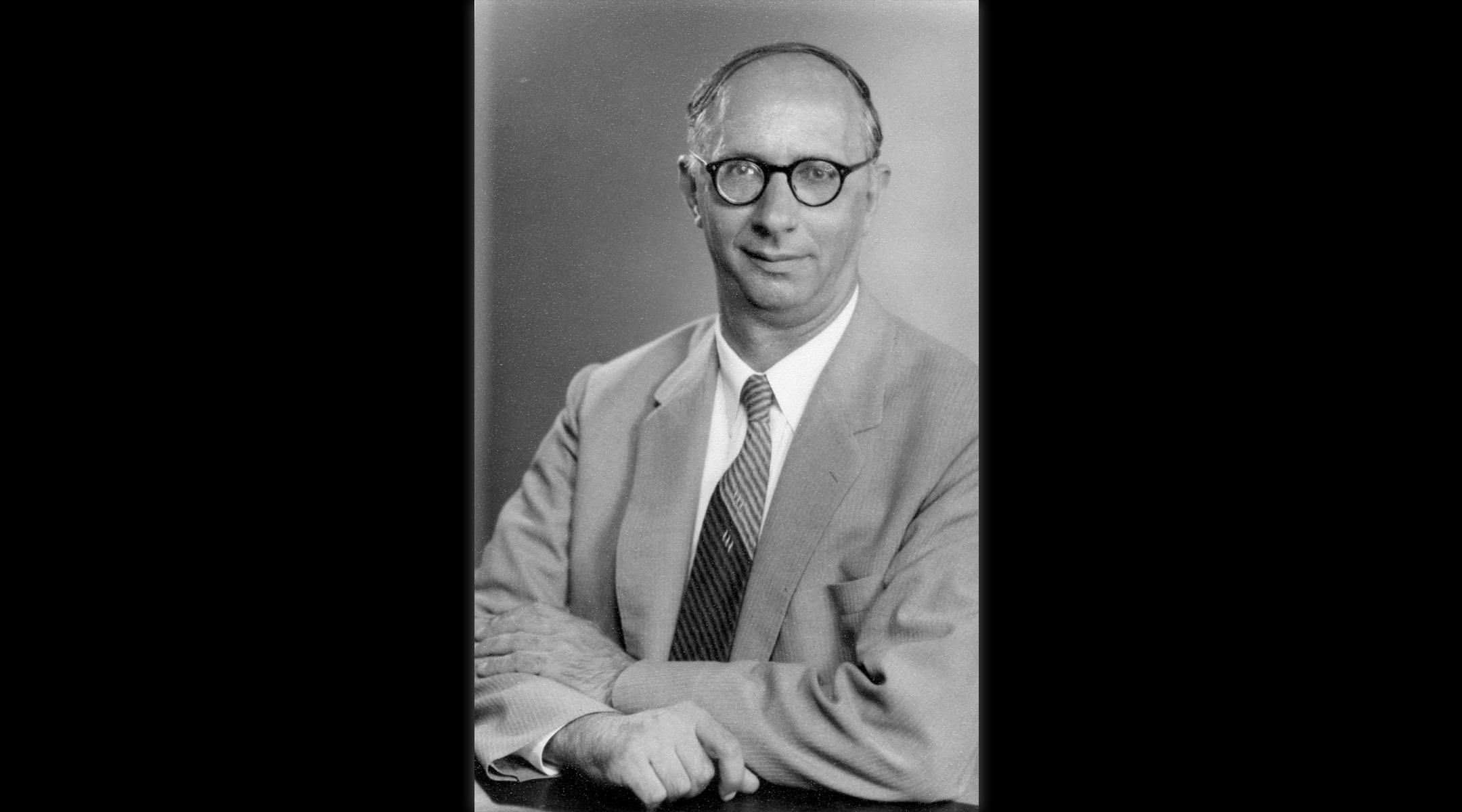 Meir Basri in the 1960s (Courtesy of the Basri family)

However, by a series of miraculous events, in 2003, the communal and personal property that had been stolen by the Baath regime was discovered in a flooded basement of the headquarters of Saddam Hussein’s secret police by US troops. The United States undertook to salvage and restore the collection. Presently, the collection is in the custody of the U.S. National Archives, where they were restored and displayed at various locations.

But now, this priceless collection is once more in danger of being lost forever.

The Iraqi Jewish Archives chronicles the 2,700-year history of the Jews of Iraq — a history that ended when the Iraqi Jewish community was forced to flee. The collection contains tens of thousands of items, including a 400-year-old Hebrew Bible, a 200-year-old Talmud, Torah scrolls, Torah cases and other sacred books including manuscripts by the Ben Ish Hai, the late 19th-century Baghdadi scholar, as well personal and communal records.

Until Saddam Hussein was deposed, many Iraqi Jews were afraid to speak publicly about their heritage. Today, when we interviewed members of the community for our latest film, “Saving the Iraqi Jewish Archives,” one woman we spoke to told us how the discovery of the archives strengthened her desire to protect the remnants of their past for future generations. We filmed other Iraqi Jews touring the archives and, for the first time in 50 years, seeing images of themselves and their records as young students at the Frank Iny School.

Now, the historical record of this once flourishing community is in danger. The State Department plans to return it to Iraq in 2021. We are now in danger of losing the tangible proof of our very existence in Iraq. Only the Administration or U.S. State Department can prevent this from happening. 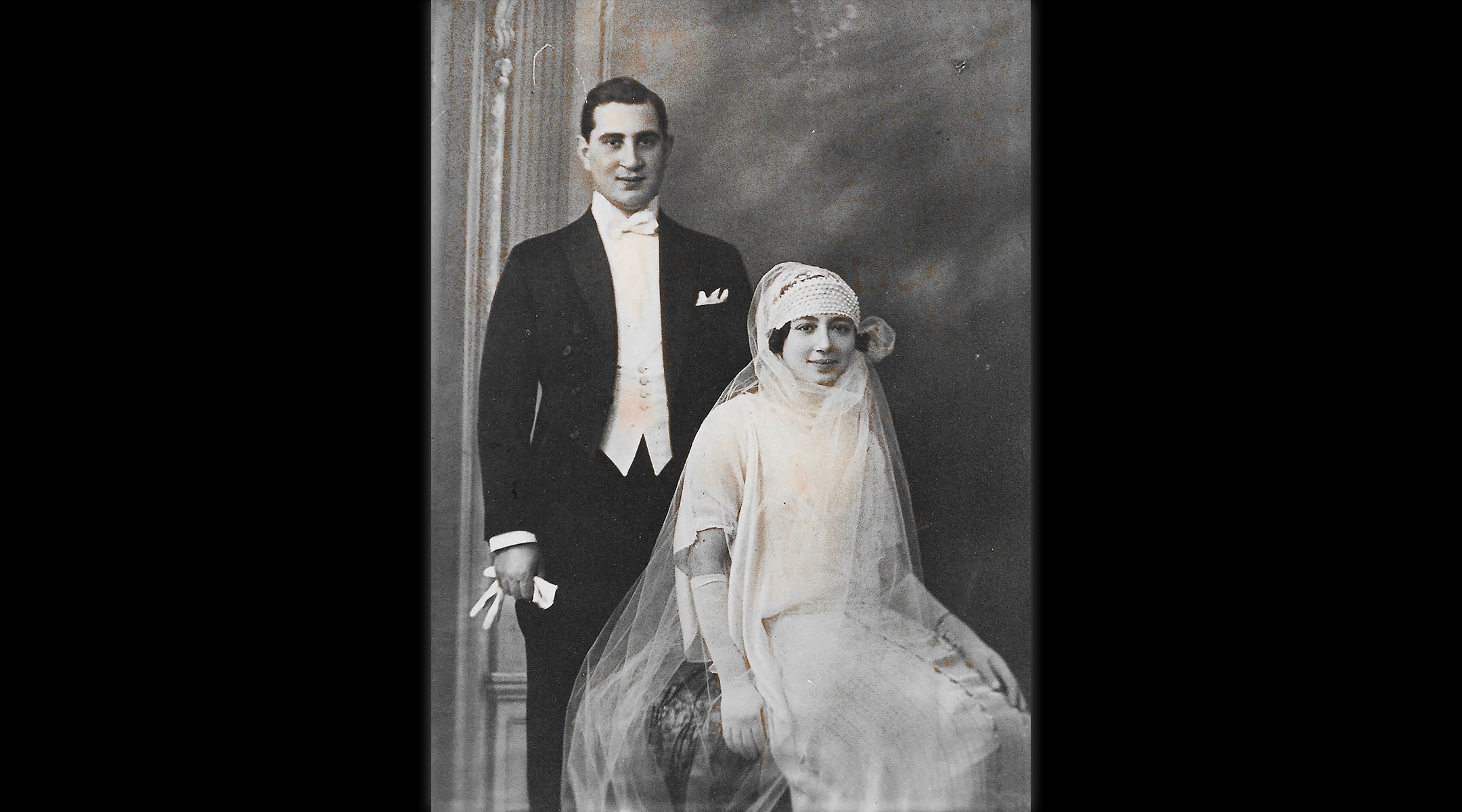 Frank and Muzli Iny on their wedding day (Courtesy)

The US State Department has signed agreements with various Middle Eastern states, including Iraq, Libya, Algeria and Syria, about sending Jewish cultural and religious artifacts back — material that had been stolen from the Jewish communities when they were dispossessed of all their property (and sometimes of their lives). The Iraqi Jewish Diaspora is fighting against such a miscarriage of justice.

If the Iraqi Jewish Archives are sent back to Iraq, it will be another step in the ethnic cleansing of Iraqi Jews. These agreements could have far-reaching consequences for all Judaica that had been saved from these countries and are now in use in synagogues or in museums and cultural centers in the United States.

We commend the United States for saving the Iraqi Jewish Archives.  But now, all that effort could be for naught. Due to the circumstances of the community’s flight from Iraq, there is very little documenting their history and the role they played for over two millennia in this part of the world. This archive is one of the only concrete links to that past and the reality of Jewish life in the land between the rivers.

I remember that day in 1969 when nine Jews were murdered. My family had already come to the United States, but even here we were too concerned about the potential consequences for our family still in Iraq to raise our voices in protest. Instead, we drove by the protest at the U.N. silently.

My uncle Meir Basri, the head of the Jewish community in Iraq at that time, was then being tortured, for three months, at the Terminal Palace, Qasar al Nehiya, by Saddam Hussein. During this same time, and at the same location, the Chief Rabbi’s son, Shaul Hakham Sassoon, was held and tortured for over a year. He was falsely accused of collusion with a spy ring. His elderly father was forced to publicly proclaim, through an interpreter, that the Jewish community was being treated well and had full freedoms even while his son was being tortured.

We can’t erase their pain, but we can preserve their memory.

The Iraqi Jewish Archives are Jewish property stolen by the Government of Iraq.  Returning the collection to Iraq is the very definition of the biblical rebuke by the Prophet Elijah in Kings 1: “Have you murdered and also inherited?” — that is, seized another’s property. The United States must not be a party to this travesty.

Carole Basri
Carole Basri is the daughter of Iraqi Jewish Refugees; The Frank Iny School, the last Jewish school to operate in Baghdad, was built by her grandfather. Carole and Adriana Davis have made four films about the Jews of Iraq. Their latest, “Saving the Iraqi Jewish Archives: A Journey of Identity” explores the significance of the archives and the struggle to keep it safe and accessible.

Adriana Davis
Adriana Davis is a filmmaker. Together with Carole Basri, she has made four films about the Jews of Iraq. Their latest, “Saving the Iraqi Jewish Archives: A Journey of Identity” explores the significance of the archives and the struggle to keep it safe and accessible.
The views and opinions expressed in this article are those of the author and do not necessarily reflect the views of JTA or its parent company, 70 Faces Media. 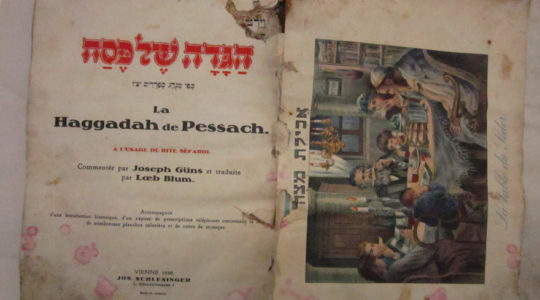 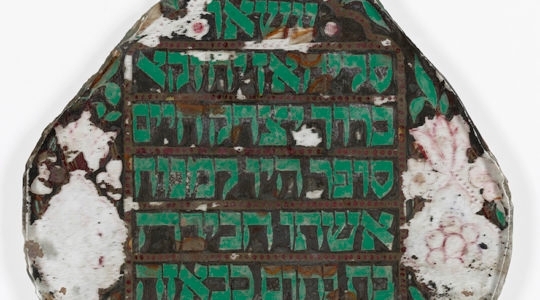 Despite protests, State Department says it will return trove of Jewish artifacts to Iraq