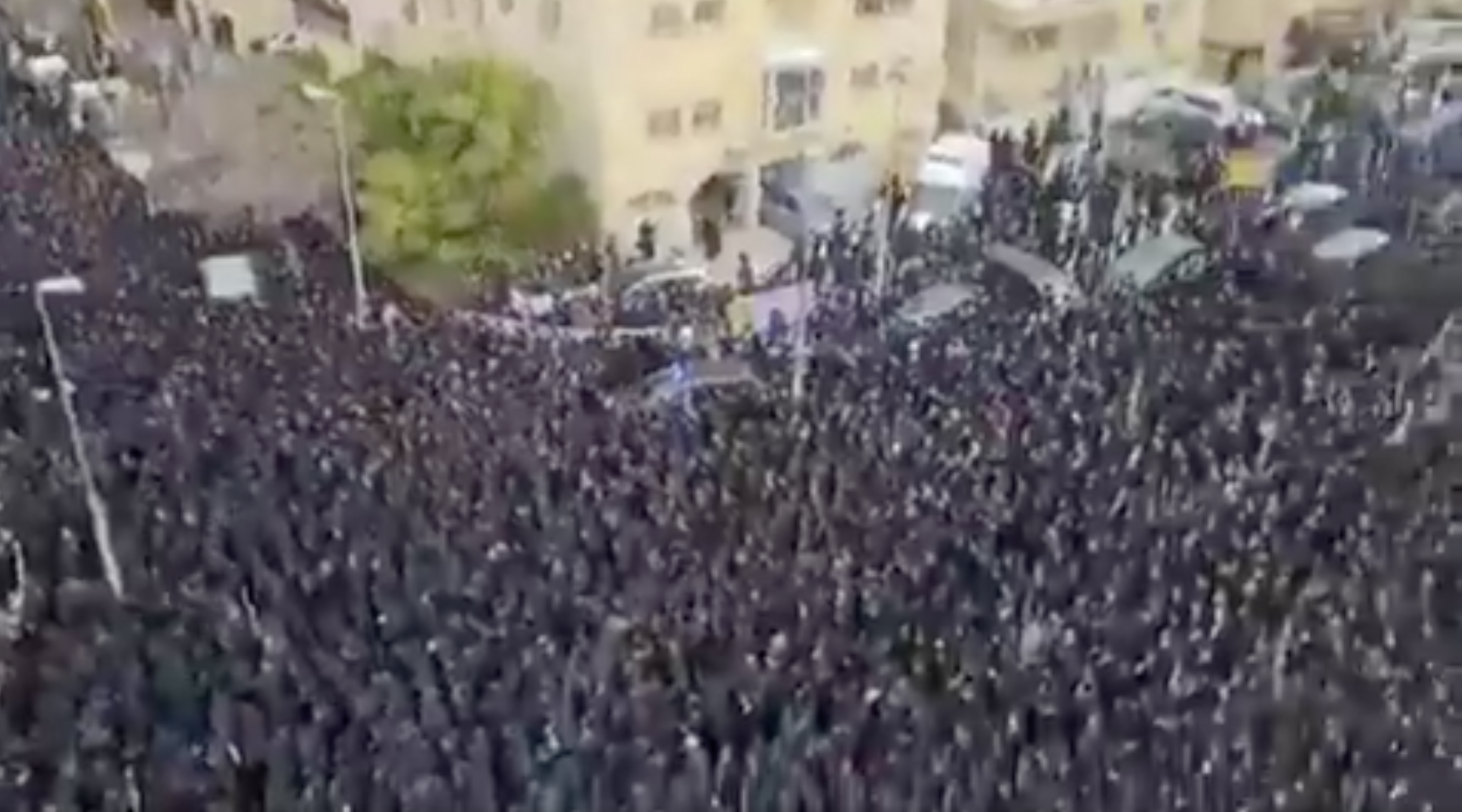 In the afternoon, a funeral procession for another leading rabbi, Yitzhok Scheiner, again drew thousands of mourners.

The mass funerals come amid simmering tensions over the haredi sector’s handling of the COVID-19 pandemic. Both Soloveitchik, the leader of the Brisk yeshiva, who was 99 and Scheiner, the head of the Kamenitz yeshiva, who was 98, died of COVID-19.

Israel is currently under lockdown in an effort to bring a high infection rate under control. Yet in a community where protests against the rules have sometimes turned violent and a leading rabbi has openly advised schools to operate illicitly, thousands of people streamed into the streets to pay their respects. Photos and videos from the funerals showed many attendees without masks.

A top Jerusalem police official said authorities were powerless to stop the gatherings, telling Channel 12, “There would certainly have been bloodshed” had police intervened.

Critics of the government said the crowds were evidence that Prime Minister Benjamin Netanyahu did not have control of the country’s outbreak. Netanyahu has closed the airport and distributed vaccines at a world-record pace but has not aggressively stepped in in the haredi sector.

In one representative example, Tel Aviv mayor Ron Huldai tweeted a photo of the crowds with the opposition party slogan, “Only Likud can,” emblazoned over it. “Bibi’s closure, as you can see, is a complete failure. It needs to be stopped and re-planned,” he wrote.

Soloveitchik and Scheiner were the latest in a string of major rabbinic leaders in the haredi Orthodox communities in Israel and the United States to die after becoming infected with the coronavirus.

Soloveitchik was born in Poland to a non-Hasidic, or Lithuanian, Orthodox family already famed for its many scholars of Torah. His grandfather had headed the Volozhin Yeshiva, the most prestigious non-Hasidic yeshiva in Europe in the 19th century and his father, Rabbi Yitzchak Zev Soloveitchik, led the yeshiva in the Polish town of Brisk. Yitzchak Zev’s father, Chaim, had founded the Brisk yeshiva and established the Brisker method of Talmud study known for its intellectual rigor.