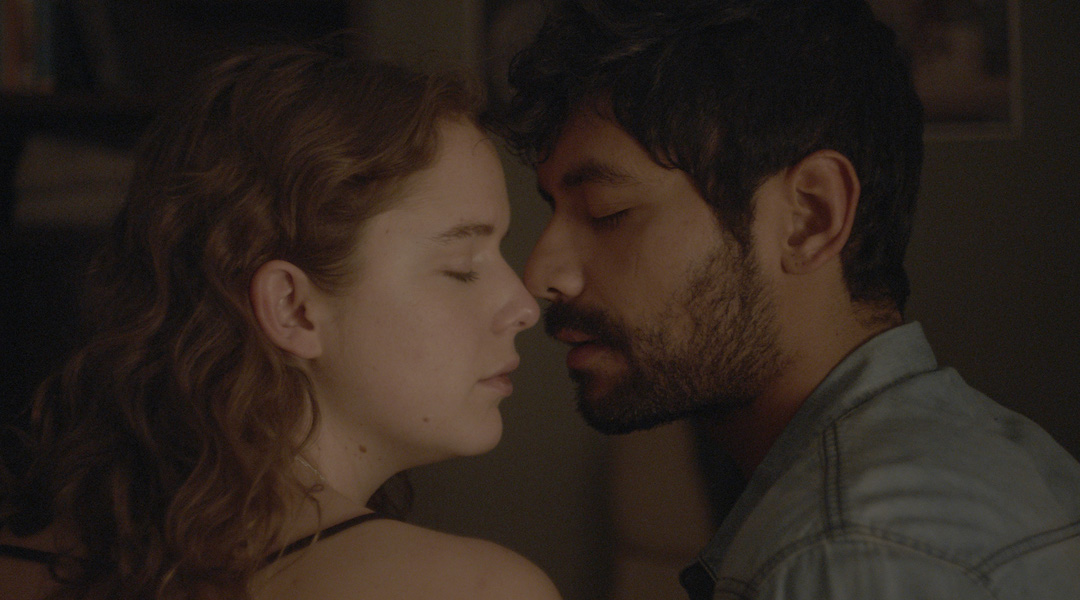 (JTA) — At the start of the film “Leona,” an indie drama set in Mexico City, protagonist Ariela watches her close friend immerse in a mikvah, or ritual bath, with a group of other family and friends. It’s an awkward but festive occasion, as the friend’s wedding is fast approaching.

After leaving, as soon as she enters her car, Ariela quickly changes clothes, out of a formal dress and into jeans, a white tee and sneakers. She then hurries to do a freelance painting job, creating a large mural on the facade of a local building.

It’s a big swing between two vastly different worlds — that of her tight-knit Orthodox community and a life of greater personal and artistic freedom. During the painting session, a non-Jewish young man her age passes by and flirts with her. The two eventually start a deep romantic relationship that infuriates her family and forces her to make a fateful choice between the two ways of life.

The age-old story has been told in many iterations, but this version — which debuted in Mexico in 2018 and played in American Jewish film festivals in 2019, but is available to watch through virtual cinemas across the U.S. starting on Friday — paints an intimate and nuanced portrait of a Jewish community not as well-documented as those in the U.S. and Israel: the large Syrian Orthodox population of Mexico City.

The film shows that population through the very critical lens of its director, 28-year-old Isaac Cherem, who grew up in the community and said he felt intensely “oppressed” by it. It was not until he moved out of his parents’ house at 23 — rare for someone in the community who isn’t married — that he realized how vast Mexico City is. His family never left the few neighborhoods that comprised their community.

“For me to move out and to come near downtown, somewhere completely different, it was crazy. And that allowed me kind of another perspective of my family, the community, the way I grew up,” he told the Jewish Telegraphic Agency. “That’s when I started writing the screenplay. When I said, ‘This is not okay, hold on.’ And I was very angry… I felt like I [wanted] to scream.”

The story follows Ariela, the 25-year-old daughter of divorced parents, as she tries to decide between staying close with her clan or staying with her lover Ivan — whose name alone, which announces his non-Jewish Latino heritage, provokes disgust amongst her family members. The film portrays the city’s main Orthodox Jewish community as wealthy, insular and ruthlessly protective of its traditions. When Ariela refuses to break up with Ivan at first, her mother kicks her out of her house. Later, a communal leader and rabbi separately visit with her, attempting to convince her to stay part of the fold.

Some of the film’s content is objectively true. The city’s large Orthodox community, made up of two factions, one descended from Damascus, the other from Aleppo, has become wealthy over its century and a half in Mexico, where they arrived as poor immigrants and over time established themselves financially. In his stump speech to Ariela, the rabbi recounts this narrative, recalling how their ancestors had to struggle without anything to their names, and how working together helped them prosper.

“Unity is our trademark,” the rabbi says. 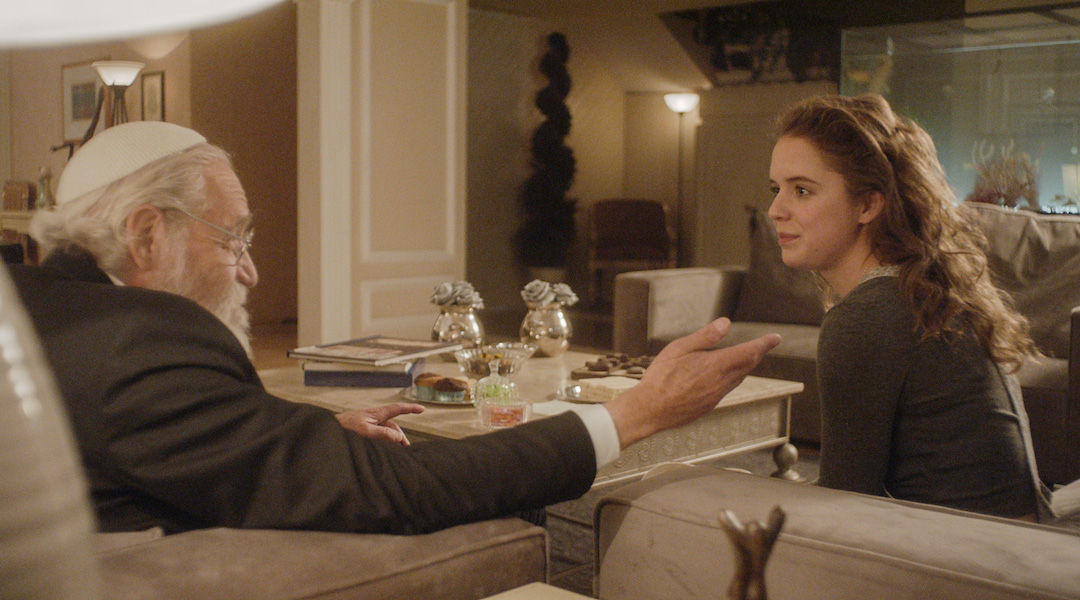 The lead character Ariela gets visited by multiple community members aiming to sway her decisions, including a rabbi, played by Jacobo Rudman. (Diana Garay/Courtesy of Fosforescente/Menemsha Films)

The community is also notoriously sectarian. In the early years after the first big waves of Jewish immigration from Syria, in the late 19th century, members would not even mingle much with those from the other city, whether it was Damascus or Aleppo. That has eased up over the decades — for instance, Cherem’s father is from the Aleppo community, while his mother is from the Damascus one. (But Cherem said his father’s mother-in-law used to try to make him feel inferior as an Aleppo descendant.)

Over time, especially after the Russian Revolution in 1917, Ashkenazi immigrants added to the city’s Jewish population. However, they were never as enclosed or as unified of a community.

Cherem never lived through the exact situation of dating a non-Jew while he was still a part of the Orthodox community, but in creating the story he imagined what that would be like for one of his two older sisters.

“For women [in the community], it is way harder, because there are more expectations on them. You need to find a husband, and you need to take care of your kids in the house, and the cooking and the cleaning. It’s like we’re in 1900,” he said. “For the guys, they are more free in a way… And that’s why I thought the protagonist has to be a woman because what they are going through is more difficult.”

After spending a year at the Los Angeles Film School to learn the technical tricks of the trade, Cherem showed his idea to up-and-coming Mexican actress Naian Gonzalez Norwind, whose mother is a telenovela star. Norwind loved it and agreed to star in the film, and the two struck up a friendship, rewriting the script to incorporate more from her life. As the daughter of a famous actress, she felt the same sense of restrictions and weight of expectation in her life, Cherem said 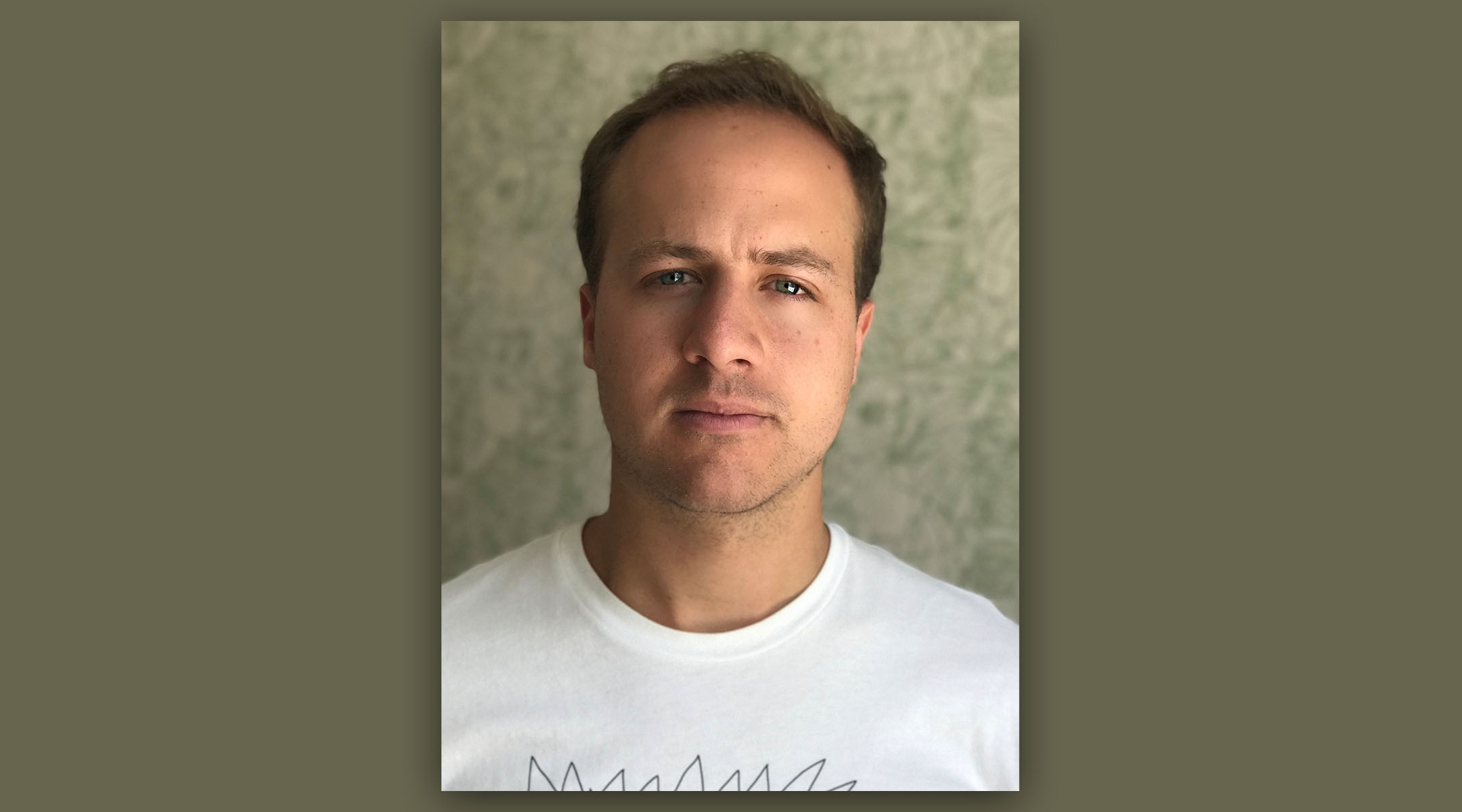 Isaac Cherem grew up in the Orthodox Mexican community that his film depicts. (Diana Garay/Courtesy of Fosforescente/Menemsha Films)

Cherem borrows from global influences, not just the Mexican masters who have taken Hollywood by storm in recent decades, such as Oscar winners Guillermo Del Toro (“Pan’s Labyrinth,” “The Shape of Water”), Alfonso Cuaron (“Roma,” “Gravity”) and Alejandro Gonzalez Inarritu (“Birdman,” “Babel,” “The Revenant”). He grew up watching Korean movies (mostly horror) and French New Wave classics from his local movie rental store — but at the end of the day, his biggest influence was Jewish New Yorker Woody Allen.

“When I discovered Woody Allen, it was like, ‘This is exactly how I feel!’” he said.

After its Mexican debut, “Leona,” which means “lioness” in Spanish (the name Ariela means “lion of god”), caused a stir in the local community it had depicted, and the local Jewish film festival raised eyebrows by refusing to show it. Cherem said he received a lot of hate from older men in the community.

But he already wasn’t in contact with many of his old friends from it anyway.

“They’re married. They have three kids,” he said. “They have a different life. It’s hard, [but] I don’t care about them.”