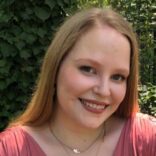 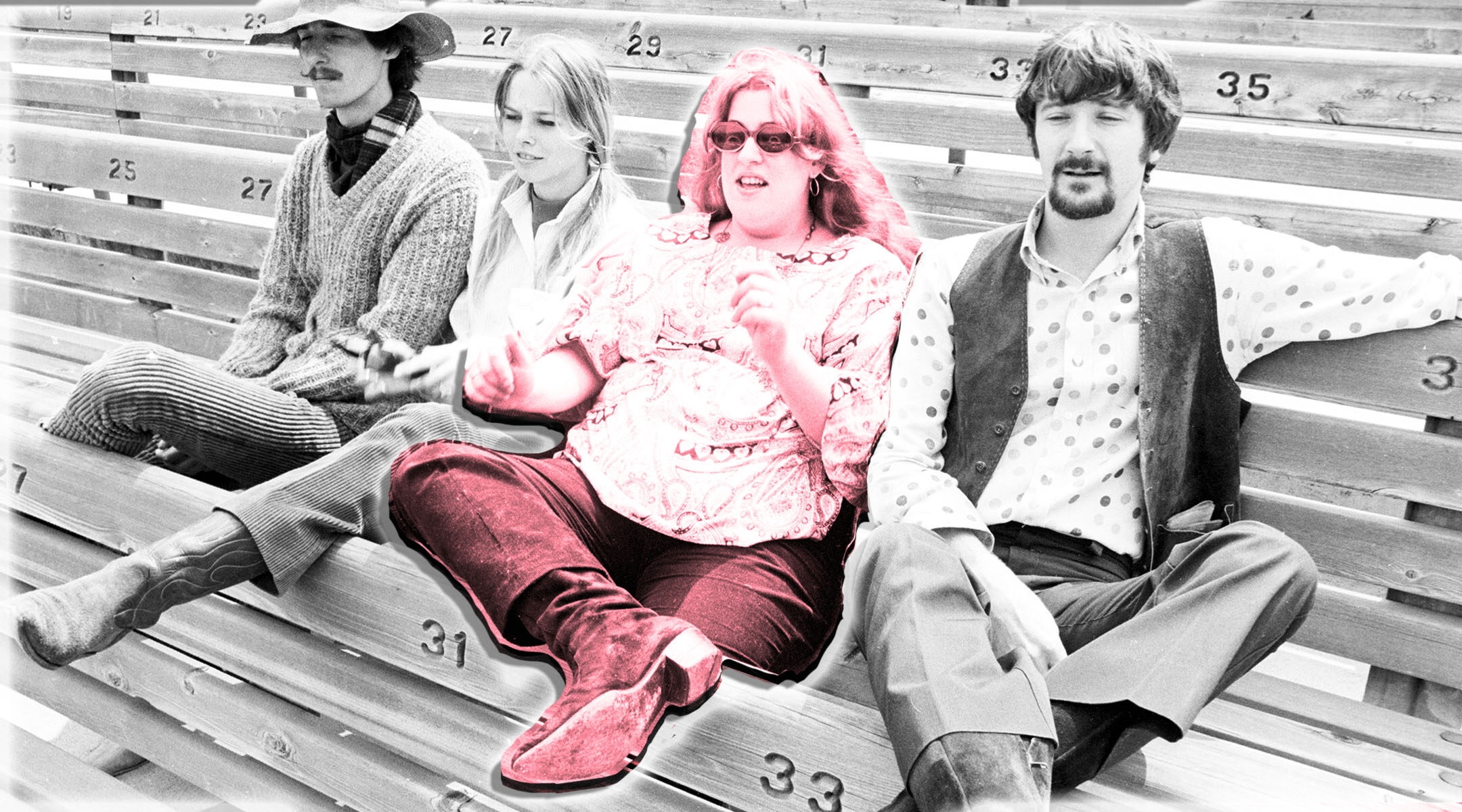 The Mamas And The Papas, with Cass Elliott second from right, circa the early 1970s. (Michael Ochs Archives/Getty Images/JTA Montage)
Advertisement

I never knew what an impact an eighth-grade field trip to the local water park would have on me. I still remember the sinking feeling in my stomach once I saw all my classmates were wearing bikinis while I hid my belly rolls and cellulite underneath a one-piece, which suddenly seemed grandmotherly. The same shame still heats up my cheeks when I remember how my thick thighs stuck to the plastic inner tube.

This field trip marked the beginning of several years of disordered eating, marked by obsessively restricting my calorie intake and monitoring everything I put into my mouth. I once lost 10 pounds in a week by only allowing myself to eat an apple and half a can of Progresso soup each day. I still find miscellaneous journals in which I meticulously tracked my daily meals littered throughout my childhood bedroom.

I eventually was able to move beyond my most destructive habits, though my anxiety surrounding food and my body image still remain. With coping strategies taught to me by my therapist, I thought I was prepared to manage any insecurities that crept up.

Then the COVID-19 pandemic hit.

Quarantine brought not only isolation but a renewed preoccupation with my weight. While social distancing at home and away from bustling university life, I had nothing to distract myself from my perceived imperfections. I couldn’t even eat “junk” food without feeling a crushing sense of guilt and shame — even though I tried to remind myself I was, and still am, living through a global pandemic.

Like many other Americans, I spent a lot of my quarantine binge watching anything that would pop up in my Netflix queue. This eventually led to a re-watch of my favorite show ever, “Mad Men.” I first watched in high school, but now as an upperclassman in college, I was able to truly appreciate the genius of the show, especially the glamour of 1960s culture. While that decade in America was no paradise — filled with rampant misogyny and racism (not to mention anti-Semitism) — I was enthralled by shift dresses, miniskirts and of course, rock and roll.

As a classic Type A personality, I plunged into my newfound interest with the 1960s headfirst, spending hours down nostalgia-laced rabbit holes researching anything and everything I could about the decade. A big fan of rock music, I quickly latched onto one of the defining bands of ’60s folk rock: The Mamas and the Papas.

Founded in 1965, The Mamas and the Papas are famous for classic songs like “California Dreamin’” and “Monday, Monday.” Watching their performances now is enough to take anyone back to the laidback rebellion of the free love era. Despite the group’s legacy, I was drawn to one member in particular: Cass Elliot, also known as Mama Cass. The Mamas and the Papas were among the defining rock bands of the 1960s. (Michael Ochs Archives/Getty Images)

Still, Cass Elliot carved a place for herself in pop culture in a society still obsessed with maintaining an acceptable (read: skinny) figure. When you think of The Mamas and the Papas, you think of Mama Cass. Her sweeping vocal range made the band what it is today, and she remains one of the most iconic figures of the counterculture era.

When watching old television performances or looking at old pictures of Cass, I’m struck by how beautiful and powerful she was. With each performance I watched, I noticed the beauty that was not only present in her voice, but her body as well. She was a force to be reckoned with, someone who not only took up space with voice but her body, too.

I soon realized that I was being hypocritical. If Cass was beautiful because of the space she takes up, why was I so reluctant to think of myself in the same way? I am curvy, Jewish and powerful, just like Mama Cass — I deserve the same love for myself that I give her.

Even though I have grown to appreciate and love my body, with Mama Cass’ help, there are still days where I struggle immensely. Sometimes after eating a larger meal, I am overcome with pangs of guilt and shame, despite the fact that food is nourishment that my body needs. Again, I find comfort in the life of Mama Cass, who died in 1974. Though famous, talented and extremely successful, she still struggled with the same waves of insecurity as I do. Like me, Cass experimented with crash diets throughout her life, even giving herself stomach and throat problems in the process.

I may never rid myself of my insecurities surrounding my weight. There is no overnight cure for a strained relationship with our bodies, especially in a society that tells us that bigger, curvier bodies are a moral failure, the byproduct of not caring enough. And that’s OK. No matter how badly I feel about my body one day, I still deserve to be in love with it the next.

Like Mama Cass, I take up space with my curves, my talents and my Jewishness. I am beautiful because of the space that I take up, not in spite of it. Some days I may feel the opposite of the sentence I’ve just written, but I’ll always have the legendary Mama Cass to turn to.

Delaney Davis
is a senior studying government and Spanish at the University of Texas at Austin. For the last year, she has served as the Editor-in-Chief of Afterglow, UT’s premier music publication — ask for her thoughts on everything pop music if you have a day or two. Beyond writing and music, she is passionate about progressive public policy, a good kosher hot dog, and the Oxford comma. (Sorry Ezra Koenig!) Delaney is a 2020-2021 Alma College Writing Fellow.
The views and opinions expressed in this article are those of the author and do not necessarily reflect the views of JTA or its parent company, 70 Faces Media.