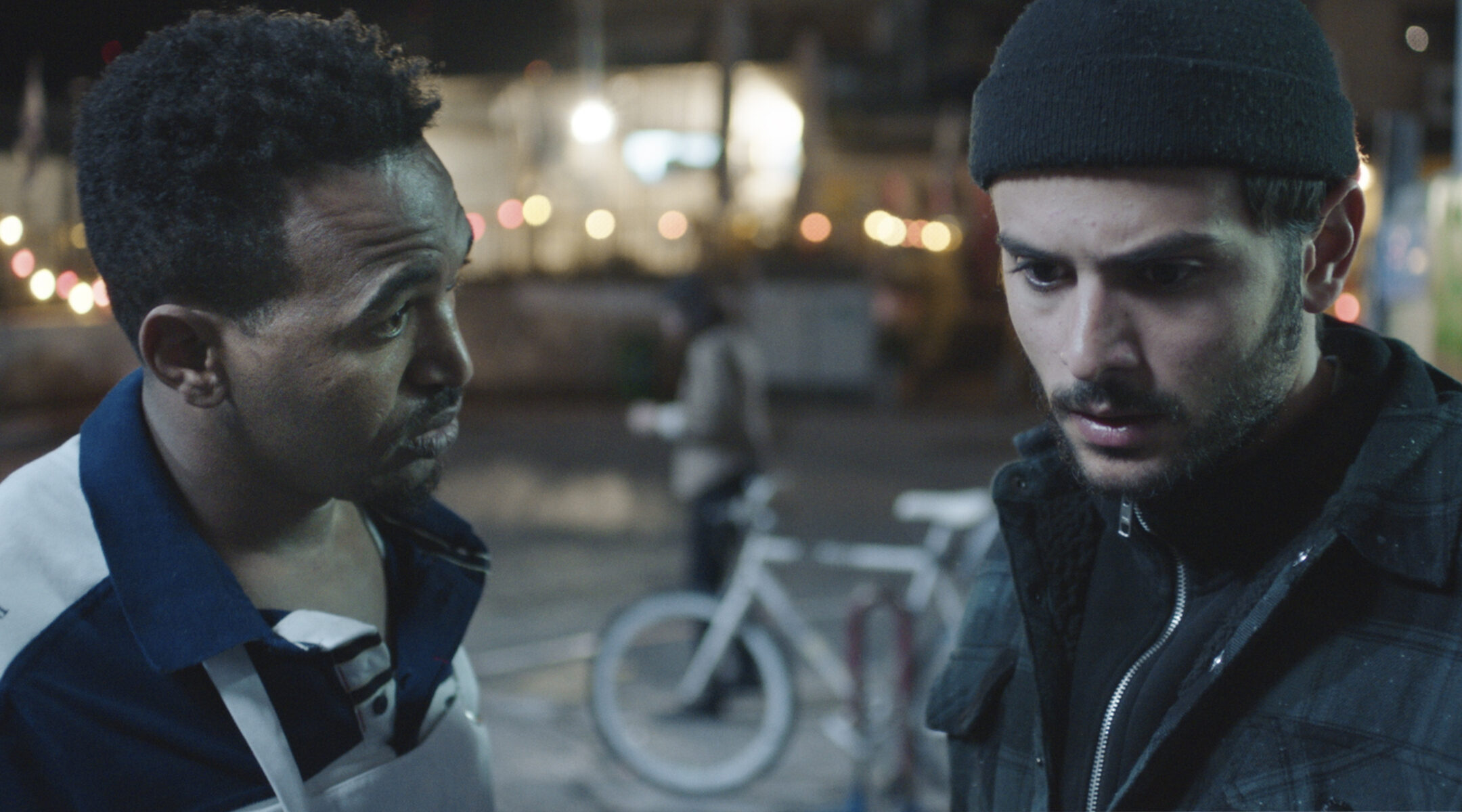 (JTA) — For those who follow the fortunes of Israeli films in the run-up to the Academy Awards, the prospects are looking up after an initial disappointment.

In the category of foreign language films (renamed international features), Israel’s entry “Asia” — an intimate mother-daughter film about Russian immigrants in Israel starring Shira Haas — failed to make the initial cut to 15 semifinalists among the entries from 93 countries.

However, even professional observers of Israeli movies initially overlooked a short film titled “White Eye,” which has reached the shortlist of 10 finalists among 174 entries for best international short.

(For full-length foreign language movies, each country’s film academy enters its “best” choice. However, in the short film category — maximum length 40 minutes — producers and directors can submit their own works.)

“White Eye,” from 33-year-old director Tomer Shushan, tackles an Israeli problem familiar to Americans: open or subliminal prejudice by much of the population and police against nonwhite inhabitants, especially immigrants.

Shot in one take — after numerous rehearsals — during one night in a squalid quarter of Tel Aviv, the protagonist of the 20-minute film is Omer, a light-skinned middle-class native Israeli. In the opening, he spots his bicycle recently stolen during a beach outing. While he tries to repossess the bike by sawing off its lock, Yunes, a black Eritrean immigrant taking a break from his job in a nearby meat packaging plant, spots Omer and claims that he owns the bicycle and had bought it for 250 shekels, roughly $75.

Omer, played by actor Daniel Gad, calls the police and two officers — one wearing a kippah — discover that Yunes (Dawit Tekelaeb) has overstayed his visa. That means that he, his wife and child are likely to be deported to their strife-torn native land.

Suffering twinges of conscience, Omar walks over to a nearby ATM and withdraws 250 shekels, then hands the cash to Yunes.

The final scene — a shocker — is based on Shushan’s personal experience.

In a phone interview, the director said he chose the film’s title as an allusion to “white eye” as an affliction of blind people and implies that many of his fellow Israelis are blind to the racial bias in their country.

“Though less intensive than in the United States,” he observed, there is considerable prejudice in Israel, notably among the police, against dark-skinned inhabitants and immigrants.

There are some 70,000 to 80,000 Eritreans and Sudanese in Israel, according to Shushan and government statistics. Half live in the Tel Aviv area.

Shushan, a descendant of Moroccan Jews, said he had experienced prejudice, though less in liberal Tel Aviv than in Jerusalem.

Harking back to his own experience paralleling the film, Shushan recalled that he felt sorry for the alleged thief, asked the police to go away, gave 250 shekels to the immigrant and took back the bicycle. However, the immigrant continued to cry, saying he was afraid the police would return and that everybody was against him.

By that time, Shushan said, he “didn’t like the bicycle anymore” and consigned it to the fate illustrated in the finale of the film.

The total cost of the film came to $34,000 — loose change by Hollywood standards — of which 90% was covered by the government-backed Makor Foundation. Shushan is now trying to raise funds for a feature film on a similar theme to be titled “Between Sand Grains.”

In other Academy Award news, a group of Israelis from Tel Aviv University and the startup industry Aminom have already been named as the recipients of a special Oscar in the sciences and engineering category. The group developed a wireless video technology now used throughout the global film industry.