From ‘Mank’ to an Israeli short film, 5 notable Jewish nominees for 2021 Oscars 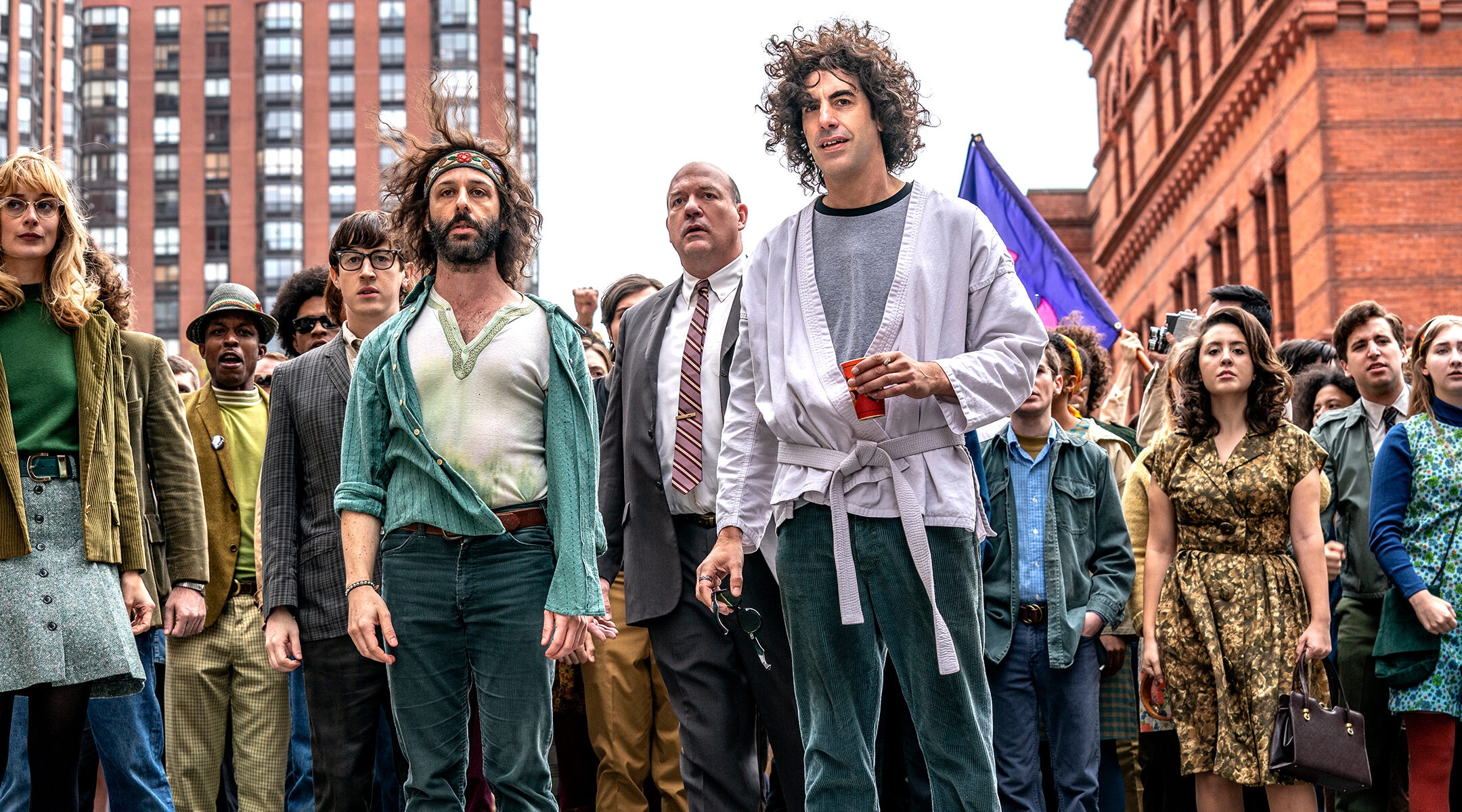 Sacha Baron Cohen earned an Emmy nomination for playing Abbie Hoffman in "The Trial of the Chicago 7." (Nico Tavernise/Netflix)
Advertisement

(JTA) — “Mank,” the black-and-white Netflix film about Jewish screenwriter Herman Mankiewicz, leads the slate of Academy Award nominations in a year when most Americans viewed movies via streaming services.

“Mank” earned 10 Oscar nods, including for best picture, making up nearly half of Netflix’s total nominations. The company also drew six nominations for “The Trial of the Chicago 7.” Meanwhile, Amazon’s nominations were bolstered by Regina King’s film “One Night in Miami” and “Borat Subsequent Moviefilm” — one of two movies that earned creator Sacha Baron Cohen an Oscar nomination.

Here’s what you need to know about the notable Jewish nominees. The awards will be presented in a ceremony April 25. 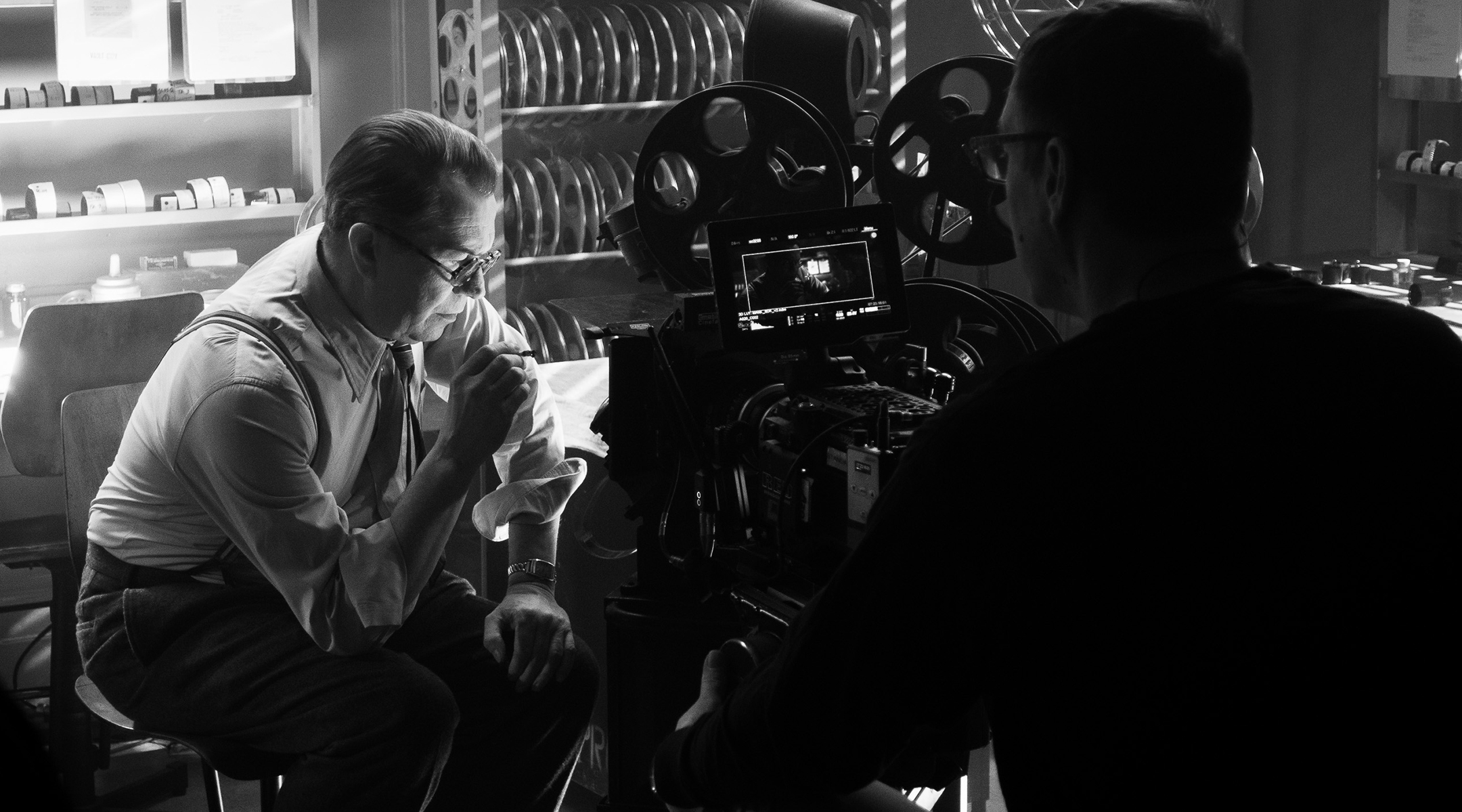 Gary Oldman on the set of Mank (Nikolai Loveikis/Netflix)

Starring Gary Oldman as Herman Mankiewicz, “Mank” was tapped for best picture among its nominations. Oldman and co-star Amanda Seyfried, as well as director David Fincher, are in the running. There are also nominations for original score, cinematography, costume design and more.

“Mank” focuses on the story behind Mankiewicz writing the classic film “Citizen Kane,” and trying to get credit for his work following its success. 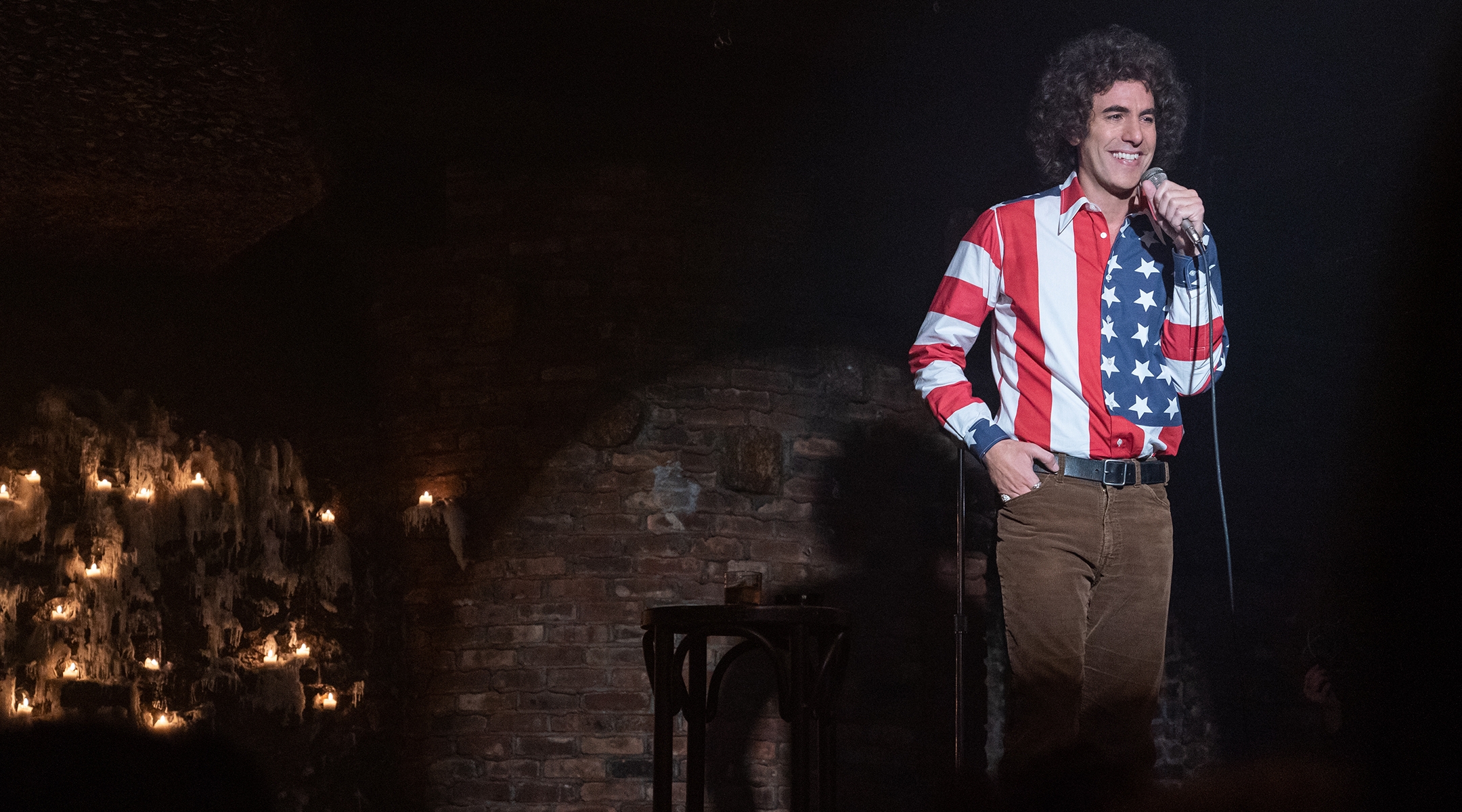 Sacha Baron Cohen as Abbie Hoffman in “The Trial of the Chicago 7.” (Niko Tavernise/Netflix)

Cohen was nominated for his portrayal of the Jewish activist Abbie Hoffman in “The Trial of the Chicago 7” and for best adapted screenplay for the Borat sequel, “Borat Subsequent Moviefilm.” Maria Bakalova, the Bulgarian actress who plays Borat’s daughter in the latter, scored a nod for best supporting actress.

“Trial of the Chicago 7” garnered six nominations, including for best original screenplay by the Jewish writer-director Aaron Sorkin.

The Netflix documentary, nominated for best documentary feature, is the story of teenagers with disabilities who attend Camp Jened in upstate New York during the summer of 1971. The film, executive produced by President Barack Obama and Michelle Obama, follows a group of campers and counselors who become activists for the disability rights movement, including the Jewish activist Judy Heumann.

Following the nominations Heumann tweeted, “Make this year the first of MANY where the Oscars is accessible to all disabled people.”

The Israeli short film “White Eye” is up for best live-action short film. It’s the story of Omer (Daniel Gad), a Mizrahi man whose bicycle is stolen. He spots his bike outside a factory and calls the police on an African migrant worker, Yunes (Dawit Tekelaeb), setting off a chain of events out of Omer’s control.

“The story actually happened to me,” Tomer Shushan, the film’s writer and director, told Jewish Insider. “I found myself fighting to get my bike back, and I almost made a man go to jail, to be deported from Israel. I just sat down like one hour after the situation and I wrote the script in 40 minutes.”

Competing against “White Eye” in the same category is the Palestinian short film “The Present,” which is directed by the Palestinian British filmmaker Farah Nabulsi. It tells the tale of Yusuf (Saleh Bakri) and his daughter, Yasmine (Mariam Kanj), who set out to buy his wife a gift. They navigate Israeli soldiers and military checkpoints in their frustrating attempt.

“You can portray checkpoints with all the facts and figures – a woman can give birth at a checkpoint; people can’t get to work or whatever. But you go stand at a checkpoint, it’s a very different perception to what the facts and figures provide. It was this life-changing trip, it had such an impact on me and I came back and battled with it for two years,” Nabulsi explained of her inspiration to make the film.

The first scene in “The Present” is filmed at a Bethlehem checkpoint.

The Jewish songwriter Diane Warren was nominated for “Io sì (Seen)” for the Sophia Loren Holocaust film “The Life Ahead.” She shares the nomination with singer Laura Pausini; it was the film’s only nomination.

Warren has been nominated a dozen times over three decades but failed to take home a statuette. This could be the year: She won a Golden Globe in February.