The latest ‘Lucky Jew’ figurines in Poland: Scented candles that are ‘good for financial success’ 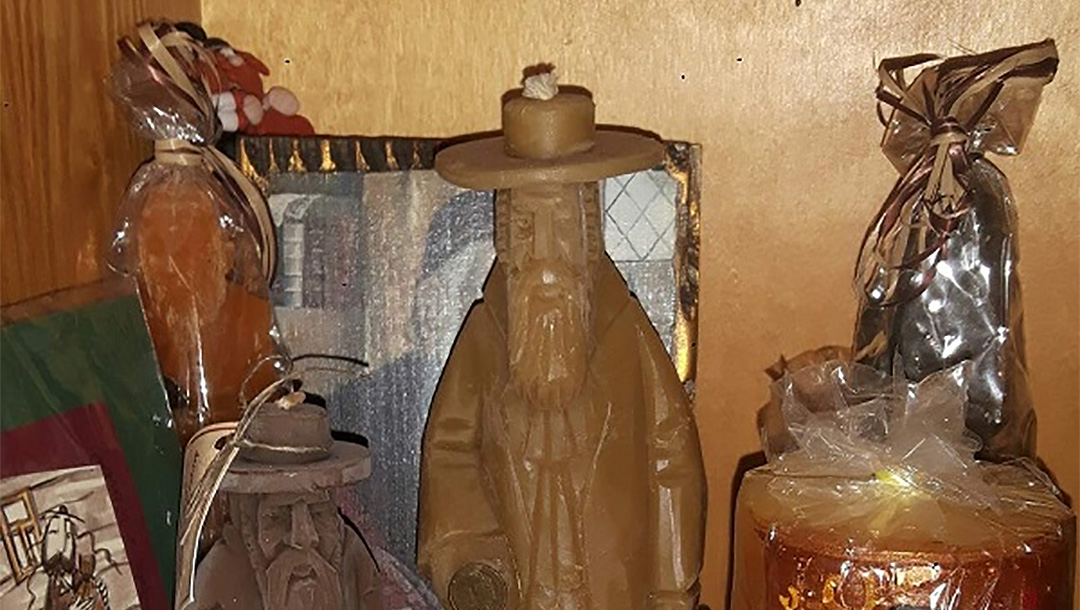 (JTA) — Even among Jews in Poland, few are shocked at this point by the popular figurines of haredi Orthodox Jews counting money that are sold there as good luck charms.

Yet even locals are pausing to take stock of the latest development on that controversial theme: scented candles that one retailer advertised as “giving a pleasant warm light during combustion.” Also, “The figure of the Jew is believed to be good for financial success.”

At least two firms, Beekeeping Łukasiewicz Center and the Łysoń Beekeeping Company, have offered the products online, according to Elżbieta Magenheim, the manager of Życie Żydowskie.

Multiple members of the Facebook group have expressed outrage because the product reminded them of how the Nazis had bodies of Jews burned in crematoria during the Holocaust in occupied Poland.

Both firms removed the products from their online catalog after Jewish.pl, a Polish Jewish news site, published an article Sunday about Magenheim’s discovery. Neither replied to a request for comment by the Jewish Telegraphic Agency.

Łukasiewicz offered two sizes, called “Little Jew” and “big Jews,” measuring 4 and 7 inches, respectively. “A hand-cast beeswax candle. The figure of the Jew is believed to be good for financial success. Impressive, large, it gives a pleasant warm light during combustion and a pleasant aroma of honey and propolis,” the product description read.

The sale of stereotypical images of Jews as good luck charms started in Poland in the 1960s. It closely followed the last large wave of Jewish emigration from the country, where 3.3 million Jews lived before the Holocaust. Only 20,000 Jews live there now.

Critics believe it is an expression of centuries of anti-Semitic bias in a country whose society and government are famously struggling with the tragic history of Poland’s once-great Jewish community.

Others dismiss it as an insensitive but ultimately harmless expression of nostalgia, as defined by Jonny Daniels, founder of the From the Depths group that promotes dialogue between Jews and Poles. Daniels said it was similar to how some view cigar store Indians in the United States.

The candles are “disgusting,” one Jewish.pl contributor, Jan Gebert, told the website. But he added there was no attempt to allude to the Holocaust through the candles.

“I believe that was not what the authors meant,” he said of the descriptions. “I think there was just no reflection.”