Israel’s Arab citizens are at a crossroads 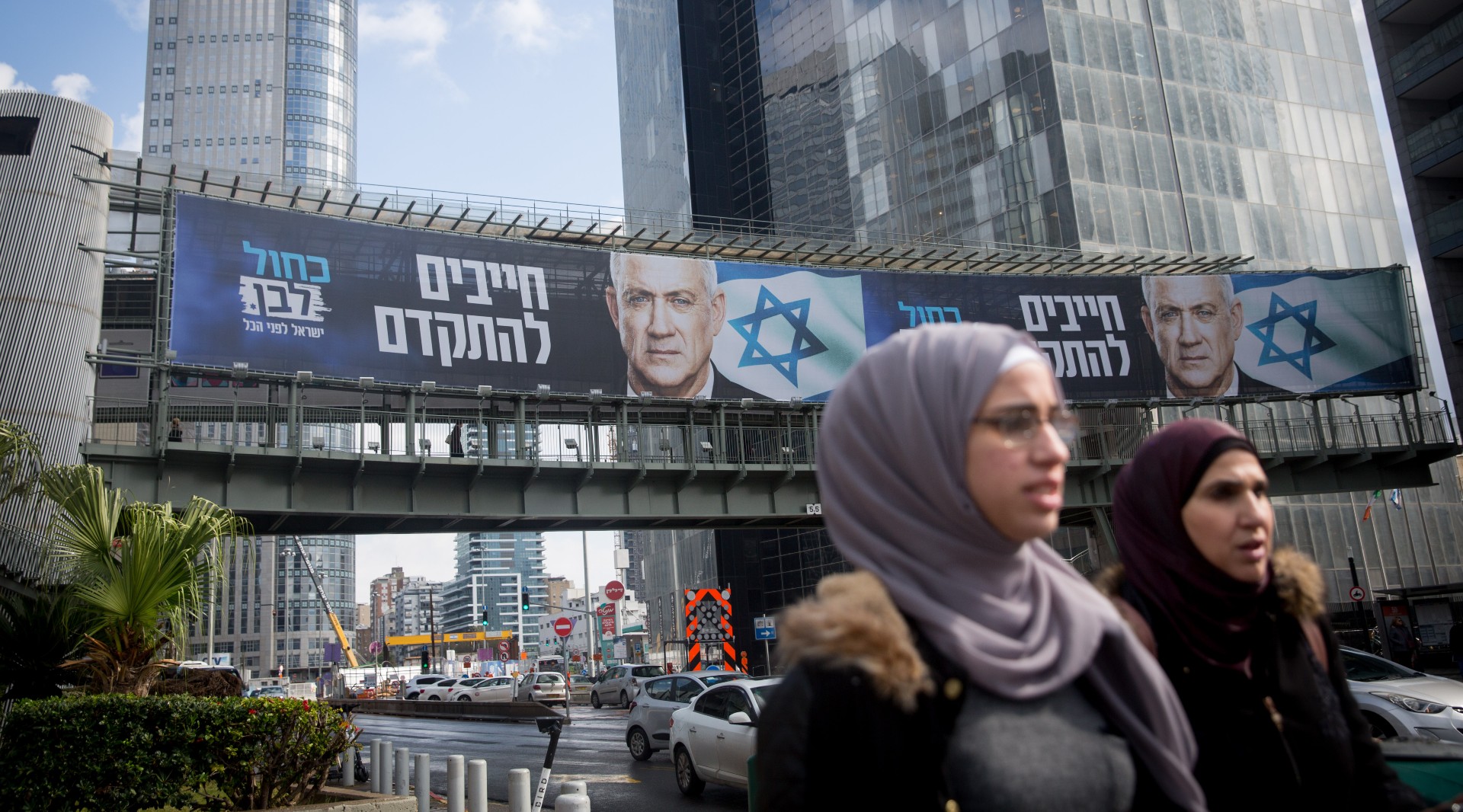 The political clout of Israel's Arab citizens, who comprise roughly 20% of the country's population, is growing. Israel will hold its next election on March 23, 2021. (Miriam Alster/Flash90)
Advertisement

This Q&A is adapted from one of four public conversations about the future of Israel held recently in a collaboration between JTA and the Israel Democracy Institute in the lead-up to Israel’s March 23 elections. The program was funded by the Marcus Foundation.

Israel’s Arab citizens, who comprise approximately 20% of Israel’s population, captured an unprecedented 15 seats in the 2020 elections — a sign both of their growing political clout and increasing integration into Israeli society. At the same time, significant economic gaps between Israeli Arabs and Jews persist, and Israeli Arab communities have been disproportionately affected by COVID-19. How is Israel trying to close these social and economic gaps?

The Q&A below, which has been condensed and lightly edited, was adapted from a recent public Zoom conversation featuring Nasreen Haddad Haj-Yahya, director of the Arab-Jewish Relations Program at the Israel Democracy Institute, and JTA reporter Ben Sales.

JTA: Who are we talking about when we talk about Israel’s Arab community?

Haj-Yahya: Arabs make up almost 20% of Israel’s citizens and include various groups that differ in several ways. The vast majority are Muslims, but 7% are Christians and 7% are Druse. About 90% of Arabs live in Arab-only towns and villages. We also live in different regions than Jews: Most Arabs live in Israel’s periphery, away from the heavily populated center of the country. Israel has seven mixed Arab-Jewish cities — like Ramle, where I grew up. But our cities are not really mixed: Arabs and Jews live in different neighborhoods, our kids go to separate schools run by different education systems, and there is very little mixing. In fact, I didn’t meet my first Jew until I was 18.

What are some of the distinctions and commonalities between Israeli Arabs and Palestinians who live in the West Bank and Gaza?

The main difference between Arabs living in the State of Israel and Palestinians living in the West Bank and Gaza is that the latter live under a military regime and don’t have the same legal rights as we. Despite the borders – which Israel doesn’t really have, they’re more imaginary than real – we Arabs in Israel and Palestinians in the West Bank are the same people. For example, I have very close family in Hebron, cousins living in Gaza. I haven’t seen them for 20 years because we’re not permitted to see each other. I don’t know any Arabs in Israel who don’t have relatives in the West Bank and Gaza.

What comes first for you when you think about your layers of identity?

People often want us to choose between our Arab and Israeli identities. But we don’t need to choose. The more I became aware of my national identity, the more I was able to connect to my Israeli citizenship. I don’t believe there has to be a clash. The more I understood the wrongs toward my minority, I also was able to feel empathy for other Israeli minorities and even to take a role in their struggles: to go and demonstrate with the ultra-Orthodox minority when the State of Israel doesn’t treat them right, or with Ethiopian Israelis, who also suffer from discrimination and neglect. I feel privileged to have dual identities. And besides those two identities, I’m also a mother, a researcher, a feminist. I have lots of identities.


What does the Arab-Israeli relationship with the Jewish majority look like right now and how has it changed in recent years?

Relationships are always complicated. On the state level, it’s not good. Arabs mistrust the government, which has neglected and discriminated against its Arab citizens. When it comes to the Jewish population, 75% believe that national security decisions should be made only by Jews, and a majority believes Arabs shouldn’t be partners in the decision-making process even on economic issues. In other words, Arab voices are not as important as Jewish voices. Seventy-three years after Israel’s establishment, you might expect the Jewish majority to feel confident that 20% of Israel’s citizens should have an equal voice in its democracy, but unfortunately this is not the situation.

The good news is when we talk about people-to-people connections. Studies we do at the Israel Democracy Institute show that when Arabs and Jews share workplaces, real friendships form between colleagues. During the pandemic, there was a touching story about an Arab male nurse saying Kaddish for a dying Jewish man whose family couldn’t be with him in the hospital.

One of our missions at IDI is to try to create places in academia and the workplace where people can meet each other. This is the only way we can break the barriers between us. Most Arabs, however, still work in low-level jobs. Even when Jews work with Arabs, they more often work as supervisors or directors. They’re not on equal footing.

Where is there Arab-Jewish equality?

There’s no area where we have equal rights — not in housing, nor in the education system, nor in the workforce. But we still have seen very positive progress. We’re not where we were a decade ago, even in those fields. In the higher education system, you see a growing number of Arabs studying in Israeli universities. There are more Arab doctors working in Israeli hospitals.

How has the Israeli government discriminated against Arab Israelis in recent years?

The nation-state law passed in 2018 [which defined Israel as the nation-state of the Jewish people] was particularly humiliating. I didn’t need a law to tell me that Shabbat is the holy day, that Hebrew is the dominant language of Israel. We understood the practice; this was our life. But when the State of Israel said in this law that we will forever be second-class citizens, this is something the Arab minority will never accept. This is my only homeland; I don’t have any other home. I fight here to feel and to make my daughters feel as first-class citizens.

It was really touching when we protested this law to see patriotic Jews protesting alongside us, telling us we were equal. If we want to make Israel a better place for all its citizens, we as minorities can’t do it alone. We need partners. And I believe there are enough people in Israel who still believe in equal rights for Palestinian people. 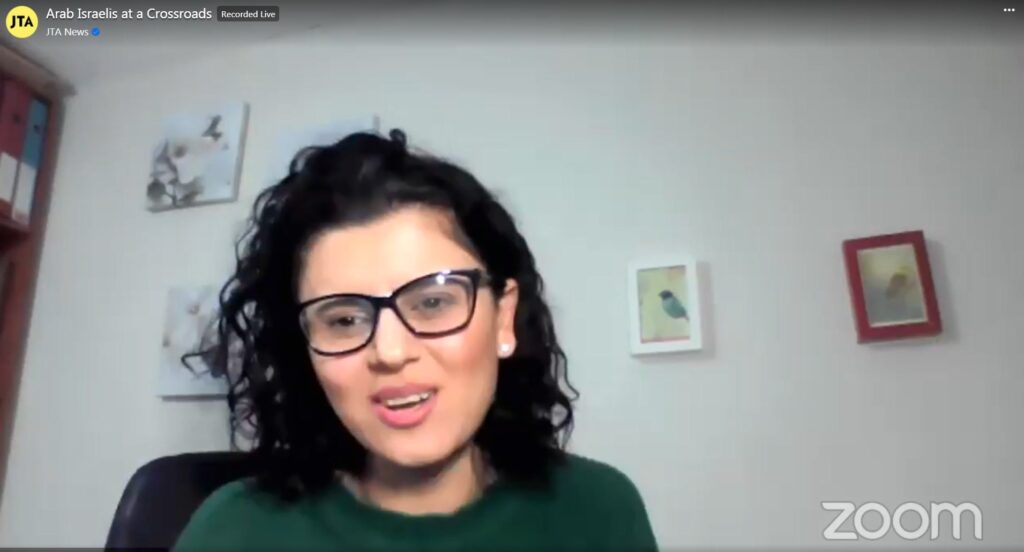 How has COVID-19 affected the Arab-Israeli community?

COVID has been devastating for us all around the world, but even more so for minorities, whether we’re talking about African-Americans or Arabs living in Israel. Among Arabs in Israel, unemployment and poverty rates are up. Many kids have dropped out of schools. Family violence and street violence have become more common. We have lower vaccination rates because of the deep mistrust among Arabs of anything to do with the State of Israel. Many of these negative developments will be with us for a long, long time.

The socioeconomic gaps between Israel’s Jewish and Arab citizens were large even before this crisis. Now they’re likely to get larger. At IDI, much of our work is focused on helping the government close these gaps because leaving the Arabs behind isn’t just bad for the Arab minority, but also for the Jews and for Israel’s economy. It’s a lose-lose situation.

In Israel’s last elections, a record number of Israeli Arab representatives made it into Israel’s Knesset on the Arab Joint List. What should we expect for next week’s elections, and should we believe a recent poll that found that one in three Israeli Arab respondents wouldn’t mind if Benjamin Netanyahu stayed on as prime minister?

Most Arabs don’t support Netanyahu. We can’t forget Netanyahu’s dominant role in promoting undemocratic laws over the last decade and political reforms that hurt the Arab minority. Even when Israel shut down the state in the early weeks of the COVID-19 pandemic, the government didn’t stop demolishing Bedouin Arab villages in the Negev.

So it’s not that 30% of the Arab minority are going to vote for Netanyahu, it’s that 30% don’t care that Netanyahu will be the next prime minister. This is because when the Arab minority succeeded in the last election to raise the voter participation level of Arabs to 65% of the Arab adult population and win 15 seats, we failed to translate that into real political power. [Blue and White party leader] Benny Gantz couldn’t accept us as political partners [and build a governing coalition with us].

Today, we are looking for Jewish leadership that will say, ‘If we want to make a real difference in Israel, we need Arab support.’ Netanyahu recent changed his tune and began trying to reach out to Arab voters during this campaign — not because it’s the right thing to do, but to save himself from going to court and possibly prison. Nevertheless, his outreach made it OK to do business with the Arab minority. He made it kosher.

So is it possible that an Arab-Israeli party could be part of a governing coalition?

The math is very simple: If you want to have political change in Israel [to replace Netanyahu], you can’t do it without the Arab minority. So I believe it’s possible in the near future. A majority of voters from the left and center accept the idea of political partnership with the Arab minority. This is very positive change.

What makes you hopeful about the future?

I’m very optimistic because I have amazing Jewish and Arab partners who are promoting values the State of Israel should be promoting itself. We have amazing NGOs that work very hard to promote equality between Jews and Arabs. Young women are going to university and leading a quiet revolution. I believe the path won’t be as hard for my three daughters. When my daughter says she wants to be the minister of education not just to serve Arab children, but all children in Israel, I’m very optimistic. And I see the Jewish minority living in North America as my partners because we share a lot of values. You as a minority suffered from discrimination and anti-Semitism. I believe we can work together to push the State of Israel to be a real democracy for all its citizens.