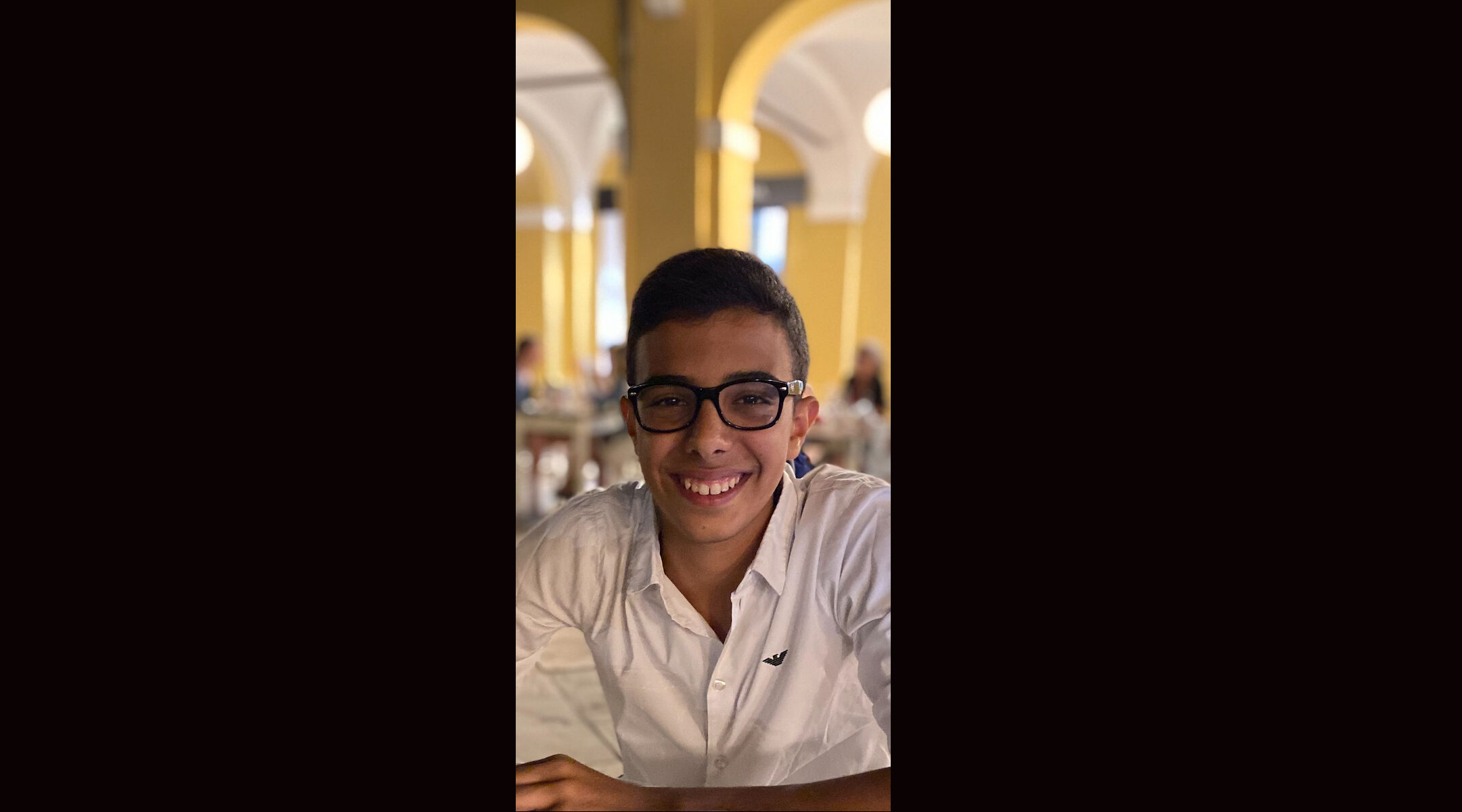 A recent photo of Ruben Golran, whose bar mitzvah in February 2020 was canceled due to early COVID restrictions in Italy. He celebrated in synagogue almost exactly a year later. (Courtesy of Elia Golran)
Advertisement

(JTA) — In mid-February, 200 Jews gathered in a large synagogue in Milan, wearing masks and standing 1 meter apart, to hear Ruben Golran, a local teenager, chant his bar mitzvah portion. After the service, they celebrated with a round of shots.

For Golran, the celebration was a milestone — and it came almost exactly a year late. Golran’s original 600-person bar mitzvah ceremony, scheduled for Feb. 29, 2020, was canceled by local authorities just days in advance due to rising COVID-19 cases in Italy, which became an early epicenter of the pandemic.

The canceled bar mitzvah became a symbol of the ways the pandemic’s social distancing measures would disrupt Jewish life around the world.

For Elia Golran, Ruben’s father, the story of the year following the cancelation is one of his family, and community, slowly returning to something resembling normalcy. During the last week of February 2020, he was in shock. Now, he’s trying to stay upbeat.

“We had a very tough COVID period from when we talked until the middle of May,” Elia said, referring to his interview with the Jewish Telegraphic Agency in February 2020. “Schools were closed and everything went on Zoom — and the shul and our community. But slowly, slowly, from May until after the [High] Holidays, the situation in Italy was pretty good.”

Since late last spring, Golran’s synagogue has been holding indoor, socially distanced services. Once a month, the synagogue invites members to the building to get tested for COVID-19 — something Golran says is less readily available in Italy than in the U.S.

But overall, life has gone on. He’s able to work and his kids have gone to school regularly, minus the occasional two-week quarantine. Milan’s Jews were traumatized by the deaths of community leaders early last year, but bounced back by the summer, when case numbers were low and Elia Golran said a large group of them vacationed together away from the city.

For most of the pandemic, Elia Golran’s immediate family was healthy, although an 80-year-old uncle living in the United States died of COVID-19. But by February, he said he was concerned about new variants of the disease, and by the slow rollout of the vaccine in Europe.

Then, in early March, soon after the makeup bar mitzvah, Elia Golran’s father — Ruben’s grandfather — was hospitalized with COVID-19.

Now, the family is praying for the best. And despite the recent celebration, Elia Golran still gets emotional when he’s reminded of last February.

“I don’t deny that many times, when I look at my phone, I look at the pictures and I start crying,” he said. “It’s not easy. One year has passed, yes, but it’s still hurting. But we say, everything is for the good. We have faith.”