It is hard to connect to the Torah as a trans Jew. Here’s why I’m trying anyway. 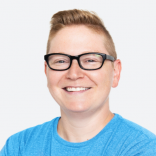 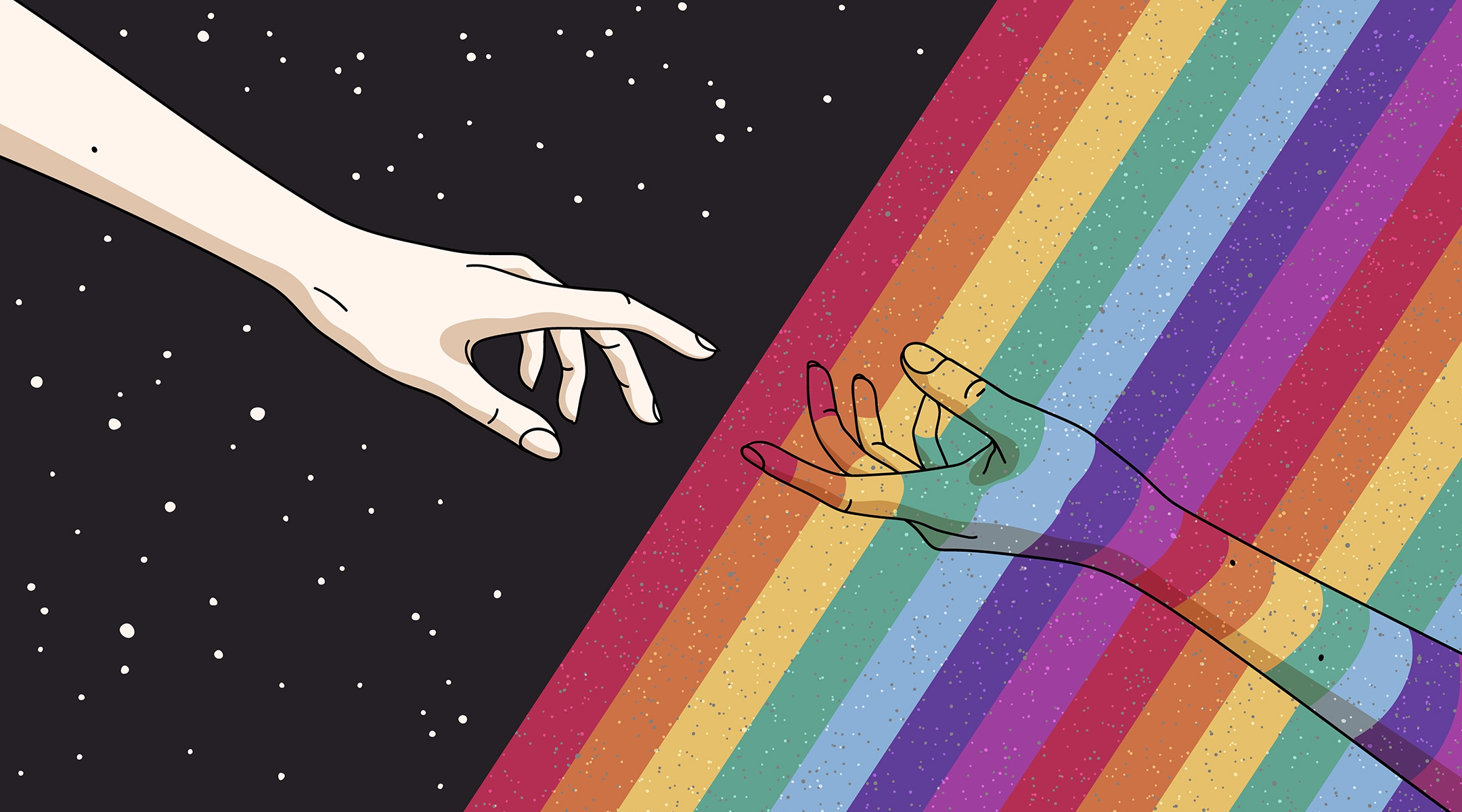 God reaching out to an LGBTQ person in the style of Michelangelo's "The Creation of Adam." (Getty Images)
Advertisement

Had you asked me 20 years ago, 10 years ago, even last year (truthfully, last month) if I’d ever quote the Torah in a piece I was writing, I probably would have (respectfully and nervously) laughed in your face.

The Torah makes me anxious because I know that it holds the potential to oppress me as a genderqueer trans Jew. And I know it informs so many Jews of their strongly held beliefs, and those beliefs directly oppress me and others. They use the Torah to justify hate and bigotry and embolden some to actively and directly harm people. As Jewish as questioning and challenging everything is, I was never taught to actually do it. So when these particular Jews would weaponize different Torah verses and decide that their one interpretation was the Word of God, that was it for me. Fin. I never questioned it. I just took it at face value. Add the fact that I’d never really seen myself reflected in any of the stories I’d heard, and I never even saw the purpose of trying to connect to the Torah.

Still, I struggled. As I work at Keshet, a national nonprofit that works for the full equality for LGBTQ Jews and our families in Jewish life, I am constantly faced with the question of how relevant the Torah can be as I run workshops and teach about inclusion as a Jewish value. I point to our poster of Seven Jewish Values for an Inclusive Community and recite my spiel. I have to admit that when I first started teaching this four years ago, I don’t know that I truly believed what I was teaching; I hadn’t quite internalized it yet. I was in the beginning of my healing journey with Judaism. I’d felt so deeply rejected so much of my life that I didn’t even know it was possible to connect again to Judaism in an authentic way as a queer and trans person.

One of the values from our poster that continuously stuck out to me and replayed over and over in my head was “b’tzelem Elohim,” the notion that we are made in the image of God (or the divine) pulled directly from Genesis. As the poster explains, if we see each person as created in the image of God, we can see the humanity and dignity in all people. True inclusion is built upon this foundation.

This made sense to me, yet I still had a difficult time applying it to myself.

The questions kept coming: Do I even believe in God? If I was made in the image of God, then why do I need to change my body to relieve my dysphoria and see/be/feel myself? Why do I even feel dysphoria? Was I a mistake? Am I broken? If God is real, why do humans suffer? And why do humans suffer at the hands of other Jews?

Over the last few years, I’ve been training myself to think outside the binary in more ways than just gender. I’ve been rewiring my brain to think in a both/and instead of an either/or kind of way. Either/or stops a conversation, while both/and invites expansion and possibility. If this is true, what else can be true? Is this the only truth? There must be more to the story. Can two things be true at once? It’s a lot to hold, and it’s not always easy.

I’ve never been interested in text studies. I didn’t want to dig into Torah. It felt like I’d be giving too much power and attention to this thing that I kept thinking was my oppressor. Then one day I decided I needed — and wanted — to push myself on this. I wanted to face the thing that scared me as I’d done with so many other aspects of my life.

So with my colleague Rabbi Micah Buck-Yael, a trans person who became a rabbi in part to challenge the patriarchy and help carve space for queer Jews, we started chatting Torah. And I pushed back on every single word they said. I asked them a million questions. Even questions like: What is the Talmud really? What is midrash really? Then we started talking about the moment we are in now: on the precipice of rereading, reimagining and reinterpreting Torah and doing it through a queer lens. There are many queer and trans folks who have been queering the Torah for years, individually and through programs like Svara, while actively working to make queer Jews more visible.

Then it dawned on me: I’d been approaching Torah all wrong. It’s not an either/or. It’s a both/and. It’s not “either this verse is the law of the land or nothing”; instead I get to decide what Torah means to me. I get to choose which meanings resonate with me. And if none do, I get to create my own. If the sages and rabbis get to, why can’t I?

Maybe the concept of b’tzelem Elohim needs an update for those of us who aren’t sure we believe in God. Because whether or not we believe doesn’t change the fact that transness is holiness. I am divine. I find my strength from within and don’t need any outside sources, God included, to be my own constant, my own divinity. I was made the way I am because it’s who I am meant to be. Every move or mistake I’ve made, every lesson I’ve learned, has made me who I am, and I wouldn’t trade any of my experiences to be born any other way.

When I’m in Jewish spaces where I’m feeling on the fringes, or have moments when I’m questioning if I really belong or if anyone really, truly sees me, I can dig within and remember that I exist, therefore I am visible — even if only to myself and, ultimately, that’s what matters most. I am b’tzelem Elohim, divine and holy. And the Torah gave me that.

Dubbs Weinblatt
is the Founder and Executive producer of Thank You For Coming Out, a podcast and improv show showcasing the stories of LGBTQ folks. They're also the Associate Director of Education and Training for Metro New York for Keshet, a national organization that works for the full equality of all LGBTQ Jews in Jewish life.
The views and opinions expressed in this article are those of the author and do not necessarily reflect the views of JTA or its parent company, 70 Faces Media.