My father’s lesson: Jews must value labor even when they become management 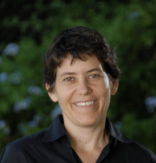 Eli Timoner stands with his family, including future rabbi Rachel Timoner, on a plane from the airline he founded. (Courtesy of Rachel Timoner)
Advertisement

(JTA) — Earlier this year, when my father was in the last weeks of his life, he told us a story that none of us knew or remembered. In the 1960s, when he was running a regional roofing company in Florida that became a multistate, multimillion-dollar conglomerate, he saw that his unions were weaker because they were racially segregated.

“It didn’t make any sense,” he told us. “These guys would have been stronger if they worked together.”

Some unions were integrated in the late 19th century, so I have no idea if my dad’s story was really a first in his industry. But what I do know is that as a business leader in Miami 60 years ago, my Jewish father was a staunch supporter of labor unions — even though he was management, not labor. Throughout his business career, which included founding an airline in the 1970s, he championed the rights of workers to organize. It was evident to him that the success of his companies was dependent on the success and satisfaction of his workers. This position strengthened his bottom line by creating a loyalty and devotion among his workforce that is rare today. Air Florida employees — from flight attendants to pilots to receptionists — continue to hold reunions where they speak of him with love, and many lit candles and came to his memorial service when he died.

I’m now a rabbi, and I can quote the Mishnah about our obligation to workers, but the truth is that my father was my primary teacher here. My dad taught me that businesses thrive when the dignity of every human being is honored — workers, customers and shareholders alike. He taught me that there is no contradiction between being pro-business and pro-union. He taught me that our economy and society can be both prosperous and caring. He taught me that standing for the rights of workers is what it means to be a proud Jew.

I thought about my father’s lessons several times this month, especially after labor leader Randi Weingarten in a JTA interview used language to suggest that the modern Jewish community was less likely to support unions than it had in generations past. In response to criticism, Weingarten conceded that she could have expressed her point more artfully, but her essential point stands: that “historically, there was much less equivocation about whether to be pro-union in the Jewish community.”

As we’ve just watched Amazon spend huge sums to defeat a union-organizing effort in Alabama, and as we debate the Jewish community’s changing relationship with labor organizing, let’s remember the entire generation of Jewish business leaders, like my father, for whom unions were essential. We often tell the stories of the immigrant generation who were the labor leaders. Their children, many of whom went on to sit on the other side of the negotiating table while valuing labor rights, are also part of the Jewish people’s legacy and identity. Not just mine, but ours.

As I mourn my father, Eli Timoner, “zichrono livracha,” one way to honor his memory is to champion labor organizing efforts as he did, and especially to stand with all front line workers — everyone from teachers to nurses to delivery workers — all those who keep the world moving even in a pandemic. Another is to hold up his example and the promise it contains — of businesses that care for people, an economy that values workers, and a society that works for all.

Rabbi Rachel Timoner
is senior rabbi at Congregation Beth Elohim, a Reform congregation in Park Slope, Brooklyn.
The views and opinions expressed in this article are those of the author and do not necessarily reflect the views of JTA or its parent company, 70 Faces Media.