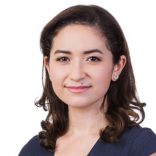 Color guards and color bearers of the Japanese-American 442d Combat Team stand at attention while their citations are read at a ceremony in the Bruyeres area of France, where many of their comrades fell, Nov. 12, 1944. (U.S. Army Signal Corps)
Advertisement

(JTA) — April 29 marks the 76th anniversary of the liberation of Dachau, the longest-operating Nazi concentration camp. A lesser-known part of that day is that Japanese-American troops played a key role in the liberation of Dachau and its satellite camps. Japanese-American soldiers also rescued thousands of survivors of a Nazi death march nearby, caring for them until medical personnel could arrive.

These troops were from the 522nd Field Artillery Battalion, a detachment of the 442nd Regimental Combat Team, which consisted of second-generation Japanese Americans. Many of these soldiers enlisted directly from U.S. internment camps, where Japanese Americans were shamefully incarcerated. Ironically, the Japanese-American troops rescued and cared for Jewish victims of the Nazi death camps, even as their own families were still detained in U.S. internment camps.

The creation of the 442nd followed Japan’s attack on Pearl Harbor, when more than 110,000 Japanese Americans, two-thirds of them born in the United States, were detained and relocated in the continental U.S. Over the course of the war, an estimated 18,000 Japanese Americans were enlisted and deployed to Europe.

Despite these circumstances, the Japanese-American soldiers were valorous. The 442nd became the most decorated regiment in U.S. military history, earning 21 Medals of Honor, over 9,000 Purple Hearts, eight Presidential Unit Citations and more – totaling more than 18,000 awards – for its actions during World War II. The 100th Battalion, a component of the 442nd, had such a high casualty rate that it was nicknamed the “Purple Heart Battalion.”

On April 29, 1945, several scouts from the 522nd came upon some barracks encircled by barbed wire. Technician Fourth Grade Ichiro Imamura described what was likely the Dachau subcamp of Kaufering IV in his diary:

I watched as one of the scouts used his carbine to shoot off the chain that held the prison gates shut. He said he just had to open the gates when he saw a couple of the 50 or so prisoners, sprawled on the ground, moving weakly. They weren’t dead, as he had thought. When the gates swung open, we got our first good look at the prisoners. Many of them were Jews. They were wearing black and white striped prison suits and round caps. A few had blanket rags draped over their shoulders. It was cold and the snow was two feet deep in some places. There were no German guards. They had taken off before we reached the camp.

The prisoners struggled to their feet after the gates were opened. They shuffled weakly out of the compound. They were like skeletons — all skin and bones.

In addition to its role in the liberation of Dachau, the 442nd is famous for its heroic rescue of the “Lost Battalion,” a group of more than 200 American soldiers encircled by Nazi forces. The unit’s motto “Go for Broke” — gambler’s slang meaning to put it all on the line — reflected the intense patriotism and bravery of its soldiers.

Members of the 442nd included Daniel Inouye, who lost an arm in combat and went on to serve in Congress, first as Hawaii’s sole representative and then as U.S. senator from 1963 until his death in 2012, as well as president pro tempore of the U.S. Senate (third in the presidential line of succession).

Another member of the 442nd was Sus Ito, who later became a renowned biologist at Harvard Medical School.

“He risked his life in defense of freedom and the country that had turned against his family,” Daniel Lubetzky, founder and CEO of Kind Snacks, wrote last year about Ito’s role in saving his father, uncle and grandfather. In 2015, Ito recounted his experience in the liberation of Dachau in an American Jewish Committee program jointly organized with the U.S.-Japan Council.

“You fought not only the enemy, but you fought prejudice — and you won,” President Harry Truman told members of the 442nd after the war.

In reality, however, Japanese-American troops and those returning from internment camps continued to face prejudice in the form of exclusion laws, housing discrimination and even violence.

Indiscriminate fear and senseless hatred toward Asian Americans have never fully waned and have spiked in the past year. Since the start of the COVID-19 pandemic, the monitoring group Stop AAPI Hate has reported approximately 3,800 hate incidents against Asian Americans, including physical assault and verbal harassment.

At this time it is important to acknowledge the shared history of the Jewish-American and Asian-American communities. Our communities have been inextricably linked throughout U.S. history. For example, following the deadly shooting at Pittsburgh’s Tree of Life synagogue in 2018, the United Chinese Americans delivered a letter of support from more than 100 Asian-American organizations voicing solidarity with the Jewish community.

The month of May is both Jewish American Heritage Month and Asian American and Pacific Islander Heritage Month. This concurrent recognition of both peoples is an opportunity to celebrate not only the rich history and contributions of these two communities to the American experience, but also to note the deep history and friendship they share.

As we commemorate the liberation of Dachau on April 29, 1945, we should also remember the kindness and heroism of Japanese Americans in the 442nd Regimental Combat Team.

Hana Rudolph
is Assistant Director of the American Jewish Committee’s Asia Pacific Institute.
The views and opinions expressed in this article are those of the author and do not necessarily reflect the views of JTA or its parent company, 70 Faces Media.