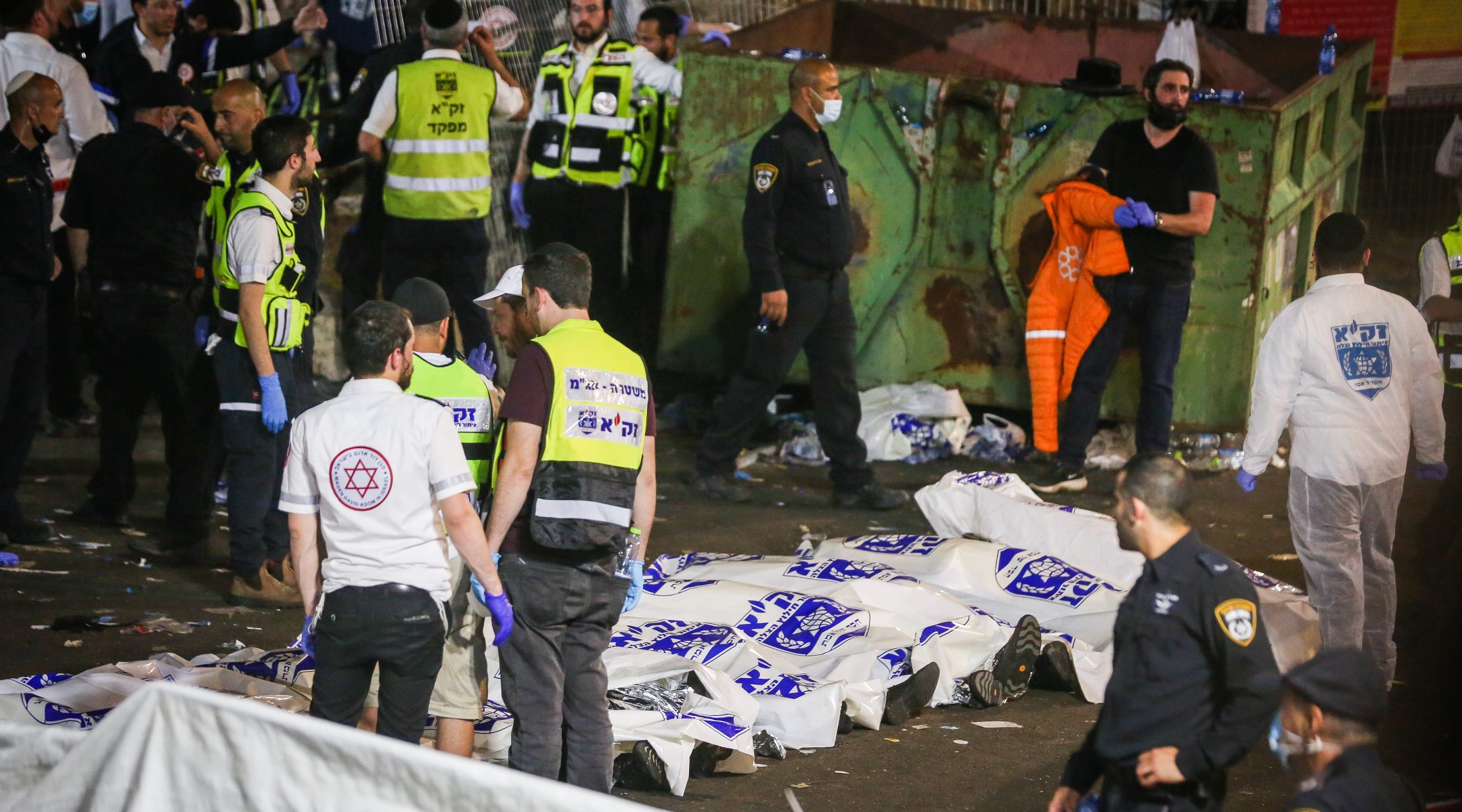 Israeli rescue forces and police at the scene after a mass fatality scene during the celebrations of the Jewish holiday of Lag B'Omer on Mt. Meron, in northern Israel on April 30, 2021. (David Cohen/Flash90)
Advertisement

(JTA) — At least 45 people were crushed to death and at least 150 wounded Thursday night in a stampede during a celebration that drew tens of thousands of haredi Orthodox Jews to the northern Israeli mountain village of Meron.

Meron is home to the grave of Rabbi Shimon bar Yochai, an ancient sage associated with the Jewish holiday of Lag B’Omer, which began Thursday night. More than 100,000 people had reportedly traveled to the town, in the largest gathering in Israel since the onset of the COVID-19 pandemic.

The stampede appears to be the worst civil disaster in Israel’s history, with a death toll topping that of the devastating 2010 Mount Carmel forest fire. Many of the wounded are in critical condition and children are among the victims, according to Israeli media reports.

Among the victims identified by authorities on Friday was Shragee Gestetner, a popular Hasidic singer. Social media posts identified yeshiva students from Israel and the United States as among the missing. They included Daniel Morris, a 19-year-old who recently made aliyah to Israel from Teaneck, New Jersey.

Israeli Prime Minister Benjamin Netanyahu, speaking in a video taken in Meron, announced a national day of mourning on Sunday. He said a “thorough, serious and in-depth investigation” would take place.

Concerns about safety in Meron have circulated for years as the popularity of the pilgrimage site swelled. “It was in our hands to prevent such a thing,” a former chief rabbi, Yisrael Meir Lau, told the Israeli news organization YNet on Friday.

Overnight, video emerged showing the disaster unfold. One video shows men tightly packed into a narrow ramp, then begin to press against each other from the top. Another shows people tearing down a barrier, apparently to relieve crowding, followed by frenzied running. 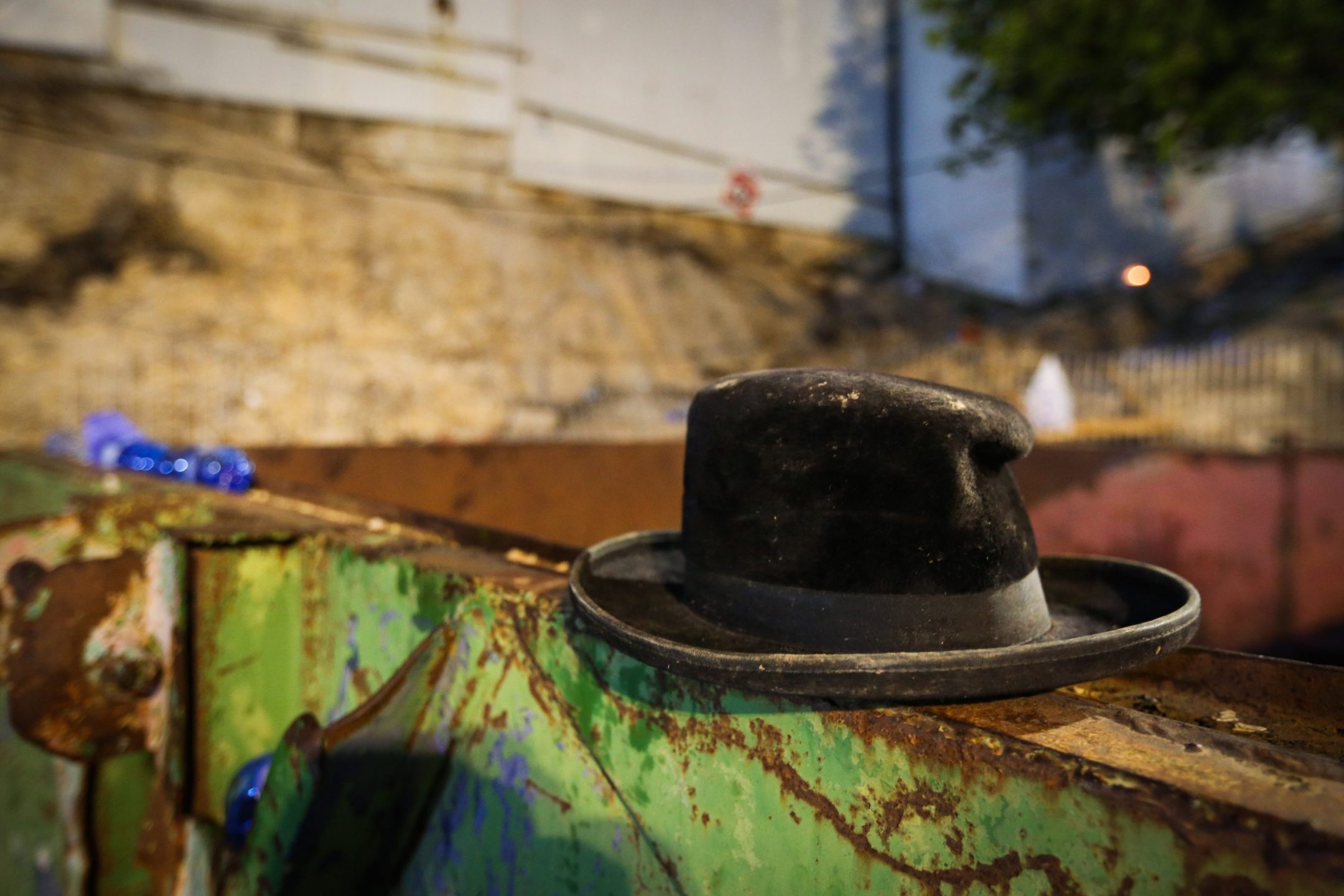 A lone hat at the scene after a mass fatality scene during the celebrations of the Jewish holiday of Lag Baomer on Mt. Meron, in northern Israel on April 30, 2021. (David Cohen/Flash90)

Israeli ambulances and rescue helicopters flocked to the site, in addition to a rescue unit of the Israel Defense Forces. Victims were taken to multiple hospitals in the region.

The annual gathering involves music and bonfires, which are traditionally lit on Lag b’Omer, a festive holiday popular throughout the country. In a typical year, haredi Jews fly in from around the world to join the festivities, but pandemic restrictions limited attendance this year largely to Israelis. Few restrictions remain in place in Israel, where authorities said they were powerless to limit celebrations in Meron.