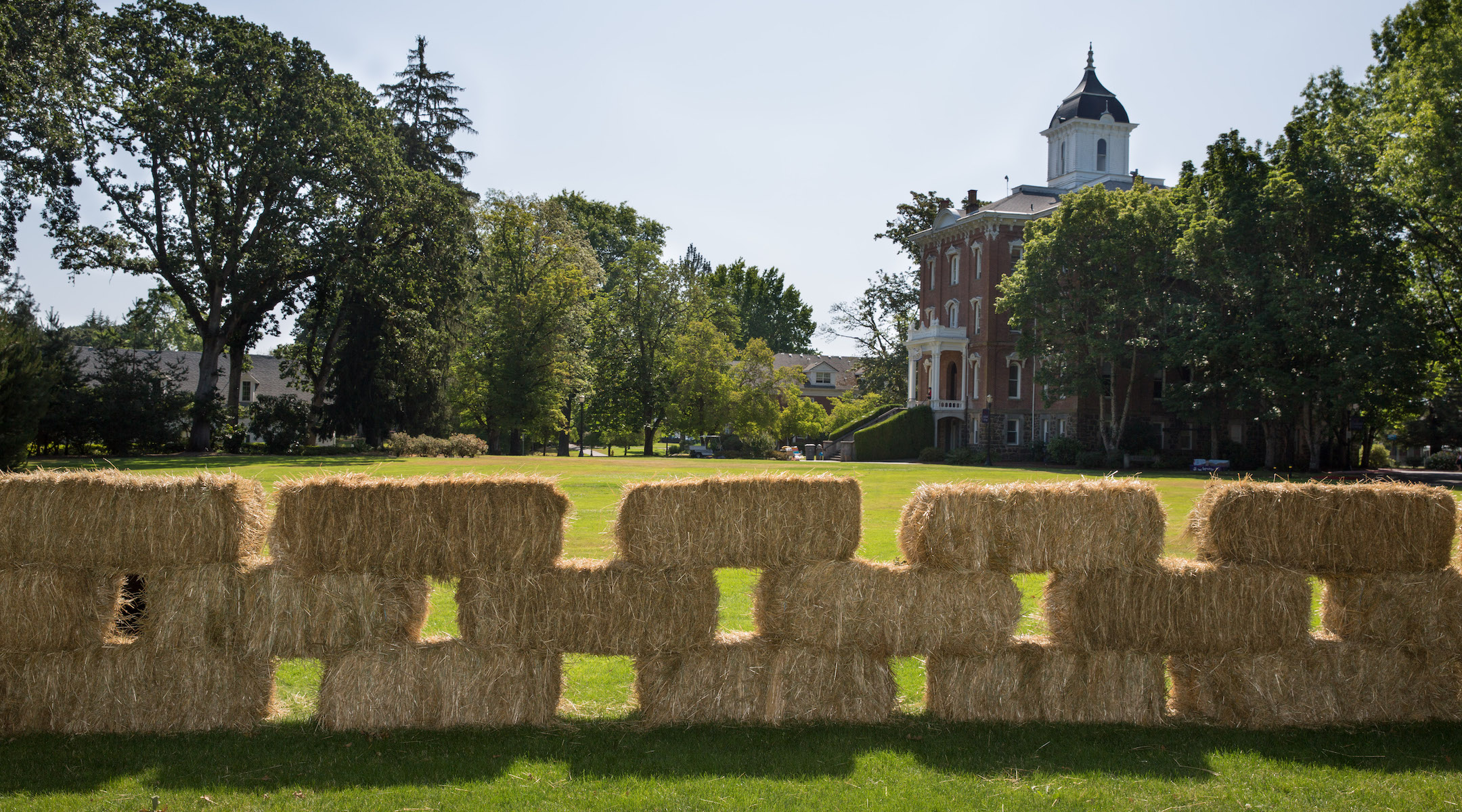 (JTA) — Criticism is mounting over the firing of a Jewish professor who accused his Oregon university’s leadership of making antisemitic comments, with the local branch of the Anti-Defamation League joining calls for the president of the school to resign.

Students as well as fellow academics are also protesting the decision by Linfield University, a Baptist-affiliated school with some 2,000 students, to fire Daniel Pollack-Pelzner. According to The Oregonian, the university has hosed down sidewalk-chalk messages supporting Pelzner, threatening the students who wrote them with fines, and has torn down flyers criticizing his termination.

Pollack-Pelzner, an English literature professor who had tenure, was fired Tuesday after he and others publicly accused Linfield President Miles K. Davis of making multiple antisemitic comments, including about Jewish noses as well as the Holocaust. Pollack-Pelzner said he believed the antisemitism was partly in response to his asking the school to do more to address allegations of sexual assault.

The local chapter of the ADL sent a letter Wednesday calling on Davis to resign to “allow the community to heal.” The Oregon Board of Rabbis had previously called on Davis to step down.

“I think it’s incredulous that so many hurtful and disturbing and inappropriate comments have been made,” Miri Cypers, the ADL’s Pacific Northwest regional director, told the Jewish Telegraphic Agency. “And there’s been a total lack of accountability on the part of the school to take responsibility for what’s happened and to engage in an honest conversation.”

Davis has denied the allegations, and the university has supported him, even in the face of a vote by the faculty of the College of Arts and Sciences calling on him to resign. In a letter responding to the ADL, Davis invited the group to meet following the academic year but rebuffed the call to resign.

“We believe we have taken the necessary and appropriate steps and are committed to do the work to engage in a process of healing,” he wrote. “While we have strong disagreements with much of the media (and social media) speculation, we do not believe further argument in the press are an appropriate avenue for community healing.”

On Thursday, Pollack-Pelzner told JTA that he learned he was fired only when he discovered he was locked out of his work email. When he sent an email to the account from his personal email, he received an automatic response saying he no longer worked at the school.

Linfield’s faculty handbook requires a lengthy process, including two formal hearings, before a professor with tenure can be fired — procedures that have not been followed in this case. Pollack-Pelzner said he doesn’t know what his next steps will be, and that he isn’t sure how he could persuade the administration to follow the guidelines in the handbook.

“It’s been such a blow and it’s so overwhelming,” he said. “I’m trying to figure out what my options are. All I’ve been trying to do for the last two years is to get Linfield leadership to follow its own policies. I haven’t seen any indication that people in positions of power at Linfield want to hold themselves accountable.”

Other organizations have also come out in Pollack-Pelzner’s defense. The Foundation for Individual Rights in Education, which aims to defend student and faculty freedom of speech on campus, sent a letter to Davis on Thursday night demanding that he reverse Pollack-Pelzner’s termination, condemning what it called “reckless conduct.”

The Shakespeare Association of America also backed Pollack-Pelzner, who teaches about Shakespeare, writing, “Whistleblowers should not be punished and anti-semitism and other forms of racism should be condemned.”