In Oregon, a small Christian university with few Jews grapples with accusations of antisemitism (JTA) — When the new president of his small Oregon university made a remark about Jewish noses, Daniel Pollack-Pelzner was unnerved. But Pollack-Pelzner, a professor at the school, was willing to assume that the president had merely made a tactless mistake.

“At the time, I thought this is messed up,” he said of the 2018 encounter with Miles Davis, president of Linfield University. “I thought people stopped talking about measuring the size of Jewish noses sometime around 1945.”

Pollack-Pelzner added that he didn’t know Davis and “figured I could give him the benefit of the doubt.”

Two years later, Pollack-Pelzner said he is no longer able to keep an open mind about Davis’ attitude toward Jews. He said he was subjected to antisemitic attacks after demanding that Linfield do more to address sexual harassment allegations against men on its board of trustees, of which he is also a member. The professor also said he was banned from certain board meetings after raising concerns.

The internal conflict at Linfield, which is affiliated with the American Baptist Churches, spilled into public view in March when Pollack-Pelzner wrote a viral Twitter thread about his experience. Local Jewish groups have registered concern, and last week the school’s Arts and Sciences faculty overwhelmingly called on Davis and the board chair, David Baca, to resign.

The faculty resolution cited “behaviors that degrade members of our community, including expressions of intolerance and discrimination, actions that intimidate or humiliate others, and retaliation against those who seek to promote justice and accountability.”

Davis has repeatedly denied making antisemitic comments, and an independent investigation of Pollack-Pelzner’s charges could not substantiate most of the allegations, mainly because of Davis’ denial. Meanwhile, the board has responded by expressing its “strong, ongoing support” for Davis and Baca.

“As a Black man, President Davis understands viscerally how words matter and how words can hurt,” Linfield spokesman Scott Nelson told the Jewish Telegraphic Agency. “He is not antisemitic and does not believe he said anything that was antisemitic.”

Linfield has not held discussions with the Jewish groups. Davis did ask the local chapter of the NAACP to conduct an investigation of racial animus against him, which is currently taking place.

Email and phone interviews with faculty members, administrators and local activists reflect an ongoing dispute in which both sides feel aggrieved. The allegations, and the official response that critics are calling insufficient or even misguided, illustrate the challenges of identifying, calling out and remedying allegations of antisemitism in an environment with a tiny Jewish population and relatively little familiarity with the mores surrounding discourse about Jews.

“It feels like they’re trying to sweep them under the rug,” Rabbi Eve Posen, chair of the Oregon Board of Rabbis, which has called on Davis and Baca to resign, said regarding the allegations. “It seems as though there is a culture on campus that doesn’t deal head-on with these kinds of issues, and that’s a problem.” 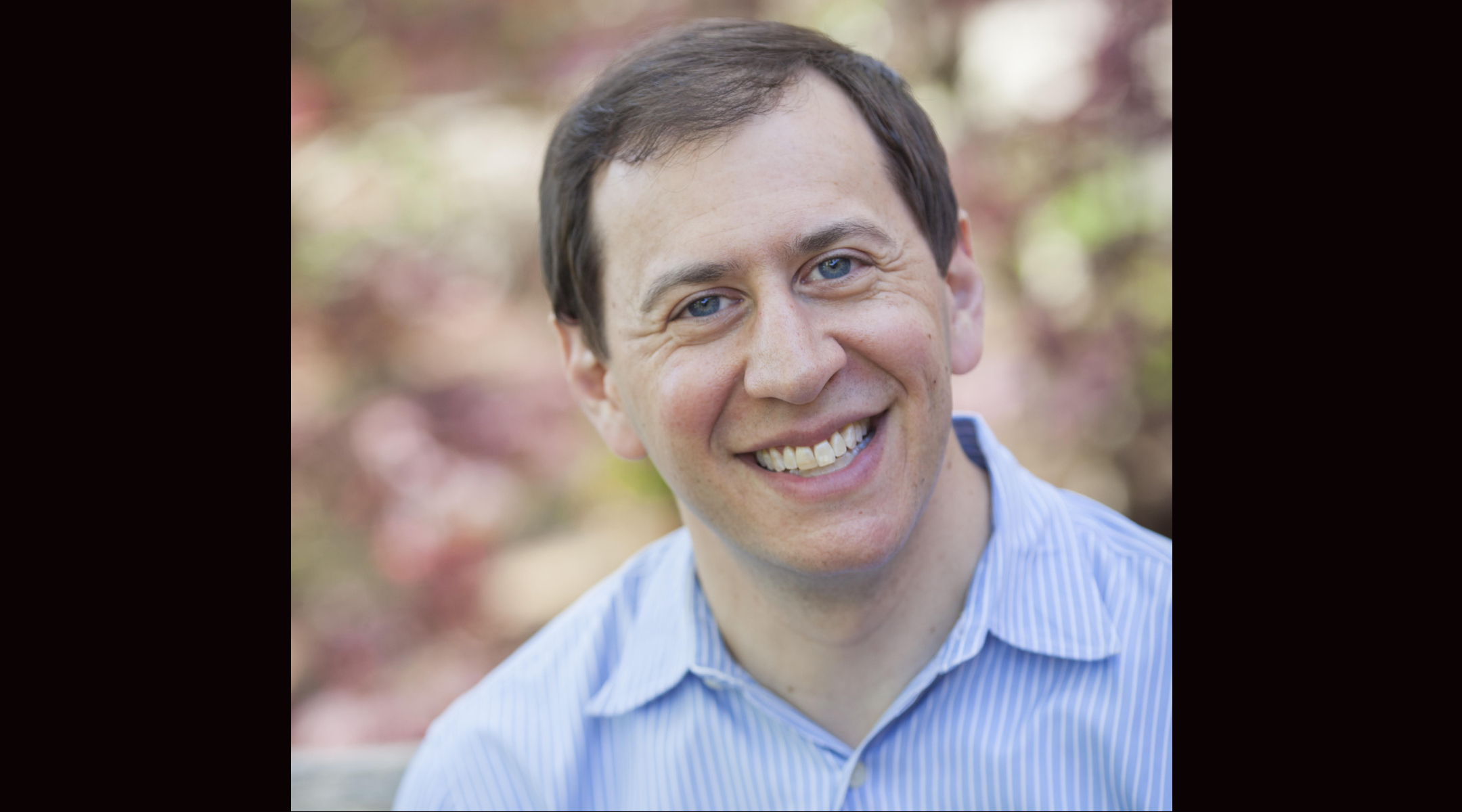 Daniel Pollack-Pelzner, an English literature professor at Linfield, says he has been targeted with antisemitic attacks after calling out sexual harassment at the school. (Courtesy of Pollack-Pelzner)

Unlike at many campuses where allegations of antisemitism break into public view, Linfield has almost no organized Jewish presence. There’s no Hillel, Chabad or full-time Jewish professional on campus. Only a handful of students and faculty members — perhaps as few as a dozen total, according to an informal recent count — are Jewish.

Pollack-Pelzner has taught English literature at Linfield for more than a decade and has tenure. In 2018, during that first meeting with Davis, they discussed teaching Shakespeare’s “The Merchant of Venice,” and Davis remarked that he knew there was no difference in size between the average Jewish nose and average Arab nose.

Even though the comment stuck in his memory, Pollack-Pelzner said that when he joined the board the next year as a faculty trustee, fighting antisemitism wasn’t his primary goal.

Instead, soon after he joined the board, fellow professors told him that a professor and a student had been sexually harassed or inappropriately touched by trustees — including, in one case, Davis — at school events. The previous year, a trustee had resigned in the face of sexual assault allegations. (He was later indicted.)

Pollack-Pelzner said he was rebuffed when he asked the trustees to implement sexual harassment training and guidelines to prevent future misconduct. In January 2020, he objected to a plan to have faculty host trustees in their homes on Valentine’s Day.

Around that time, Pollack-Pelzner said, he began to feel like his religion was being used against him.

In a private meeting with Baca, Pollack-Pelzner said, the board president accused him of trying to grab power on the board. And at the next board meeting, according to Pollack-Pelzner, Davis gave a speech warning of internal disloyalty at Linfield — telling trustees to follow the teachings of Jesus at the Sermon on the Mount.

Davis has said he is not Christian, and Pollack-Pelzner told JTA that quoting the New Testament was a regular feature of board meetings at the Baptist-affiliated school. Still, Davis’ exhortation to follow Jesus felt troubling to Pollack-Pelzner given that the board chair had so recently accused him, the board’s only Jewish member, of being power hungry.

“I was cast as a villain in my own community,” he said. “So when I heard the president talking about disloyal elements destroying Linfield from within, and offering Jesus’ teachings as the solution, he was doing what a lot of people do when they’re stressed and defensive, which is closing ranks with a community and scapegoating people who seem to be outside it.”

Pollack-Pelzner believed that Davis had poorly handled previous evidence of antisemitism on campus. After swastikas and anti-Black hate speech graffiti were discovered on whiteboards in dorms in December 2019, Pollack-Pelzner recalled Davis ignoring the antisemitic aspects of the graffiti in a meeting with faculty. Instead, according to Pollack-Pelzner and another Jewish professor who spoke with JTA, Davis talked only about how he personally related to the graffiti as a Black man.

“He said he had seen a lot worse himself,” Pollack-Pelzner said. “And I don’t doubt the depth of his own experiences as an African-American man, but I was disappointed that he wouldn’t perceive that there was anybody besides him who would be affected by the presence of swastikas on campus.”

As with the others, Davis denied this allegation to the independent investigator.

Over the ensuing months, Pollack-Pelzner took his complaints to a human resources representative, and the board initiated the independent investigation of his claims. He has also been barred from the board’s executive committee meetings.

The summary of the investigation’s report said it could not substantiate several of Pollack-Pelzner’s complaints against Davis, calling one instance a “he said, he said” situation.

“The investigation found that [Pollack-Pelzner] subjectively believed antisemitism to be behind comments made to him by leadership, but also found it possible that he perceived anti-religious sentiment where none was intended,” the summary said. “No witness corroborated Complainant’s allegations that President Davis made anti-Semitic remarks in public.”

Neither Davis nor Baca agreed to be interviewed. A university spokesperson told JTA that Davis denies saying anything antisemitic. 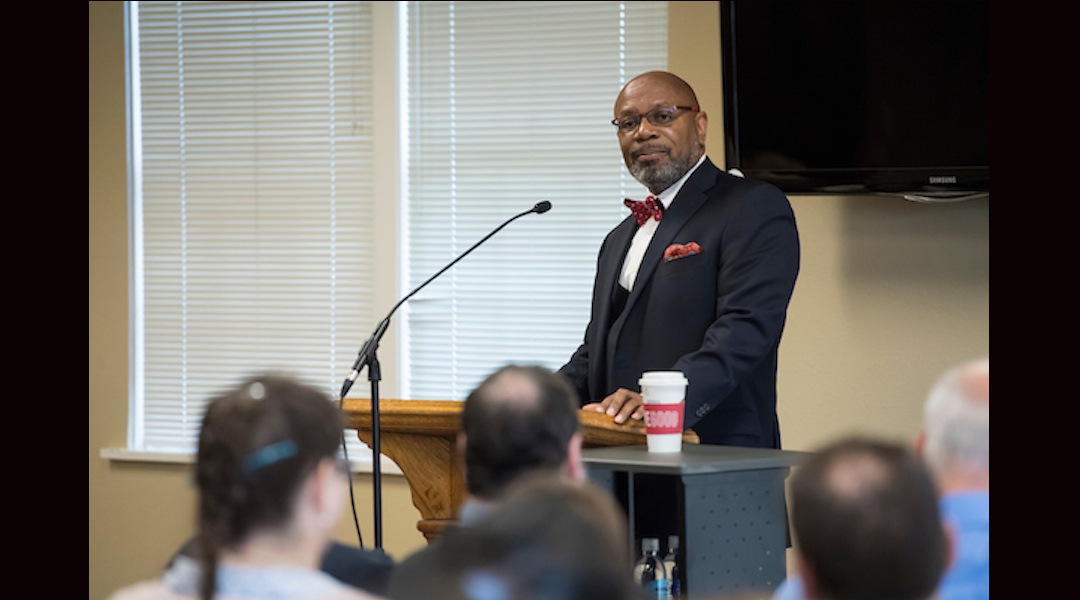 But Pollack-Pelzner is not the only faculty member to accuse Davis of making insensitive comments about Jews. When discussing transparency around possible staff cuts in 2018, according to the Oregonian, two psychology professors, Jennifer Linder and Tanya Tompkins, both recalled Davis saying something like, “You don’t give Jews soap when you send them to the showers.”

Both professors declined to speak with JTA but confirmed that they had heard the comment.

“I don’t remember sharing that quotation,” Davis told the Oregonian, “but if I did I would certainly have attributed it to Professor Harvey and explained that he used the startling imagery to drive home the moral dimension of organizational work.” Davis was referring to a former teacher.

This month, the Anti-Defamation League and Oregon Board of Rabbis wrote letters of protest to the school. The latter called on the president and board chair to step down, accusing Davis of choosing “to levy antisemitic innuendos and disapprobations against a distinguished Jewish faculty member.”

Over the past year, the sexual harassment and antisemitism scandals have sparked calls for Davis and Baca to resign. Those culminated in a 59-11 vote in the College of Arts and Sciences faculty this week calling on both to step down, according to Oregon Public Broadcasting. The faculty’s no-confidence resolution said Davis and Baca “have created an intimidating and hostile work environment, harmed members of the Linfield community, and damaged Linfield’s reputation.”

The university has continued to defend its leaders. It told JTA that antisemitism is covered in its anti-discrimination trainings and encouraged employees to attend trainings hosted by the local Jewish federation.

Linfield also told JTA that the university would welcome the opportunity for the Oregon Board of Rabbis and ADL to come speak with campus leaders. But Posen, the rabbinical board’s president, said the school has not reached out to her.

Davis did send a letter responding to the ADL in which he denied the allegations and accused Pollack-Pelzner of waging a “smear campaign” against him and the university. The president said he welcomed “continued dialogue” with the ADL and would like to hear its recommendations for “additional programming.”

Miri Cypers, the ADL’s Pacific Northwest Regional director, told JTA that she has not responded to Davis because “we have not seen any accountability from the school in acknowledging anything related to the current situation.”

Meanwhile, the local chapter of the NAACP is investigating whether the allegations against Davis, the school’s first Black president, are racially motivated. The president of the local NAACP chapter, Reginald Richardson, told JTA that he cannot comment on an ongoing investigation.

As part of the probe, Richardson asked to speak with Pollack-Pelzner and five other professors who had spoken out about harassment at the university. The six professors responded in a joint email that while they respected the work of the NAACP, they viewed being asked to take part in this investigation as “an act of retaliation” to their criticism.

Multiple Jewish faculty members at Linfield told JTA that they had previously not worried as much about antisemitism at the school, and said its affiliation with the Baptist Church felt nominal. But one of the Jewish faculty members, who asked to remain anonymous for fear of retaliation, said the school feels less comfortable now than it once did.

“Now Daniel’s being called out,” the Jewish professor said. “It feels like a case is being built against him. It feels nerve-racking to not have these allegations taken more seriously.”