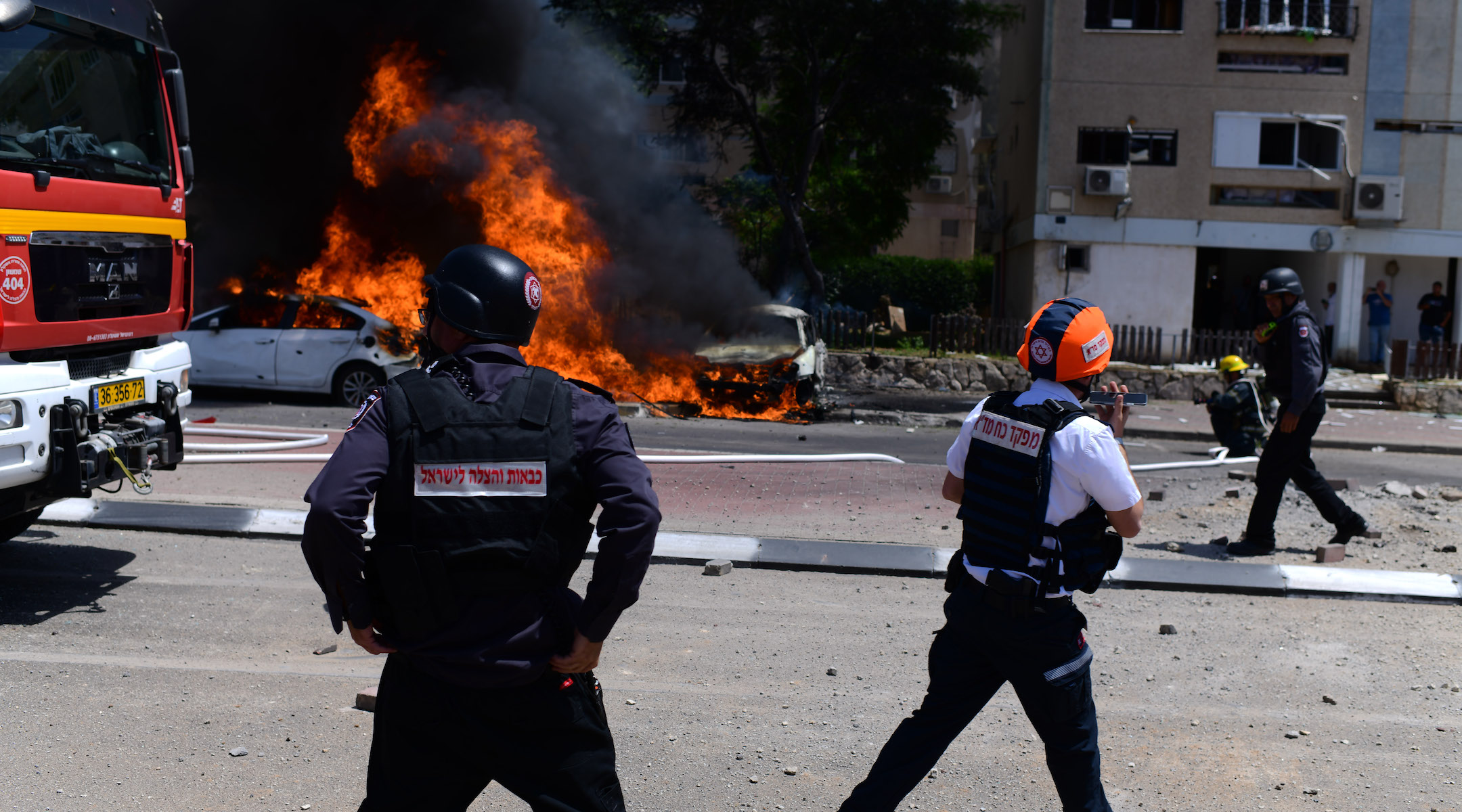 An Israeli firefighter extinguishes a burning car after a rocket fired from the Gaza Strip landed in the city of Ashkelon, May 11, 2021. (Tomer Neuberg/Flash90)
Advertisement

(JTA) – Two Israelis and at least 20 Palestinians have died from the ongoing rocket exchanges between the Gaza Strip and Israel, according to multiple reports.

The tensions that spilled over into protests in Jerusalem have escalated into a minor war of rocket fire between Hamas terrorists in Gaza and the Israeli military.

Here’s what happened on Monday:

Some background: Since Sunday, Palestinian militants have launched hundreds of rockets at Israeli cities, prompting the Israel Defense Forces to fire retaliatory strikes into Gaza. At least 20 people have died from the return fire, including a Hamas official on Monday and a ballistic specialist of the Islamic Jihad, Israeli and Palestinian media reported.

Read more about the start of the violence in our explainer.