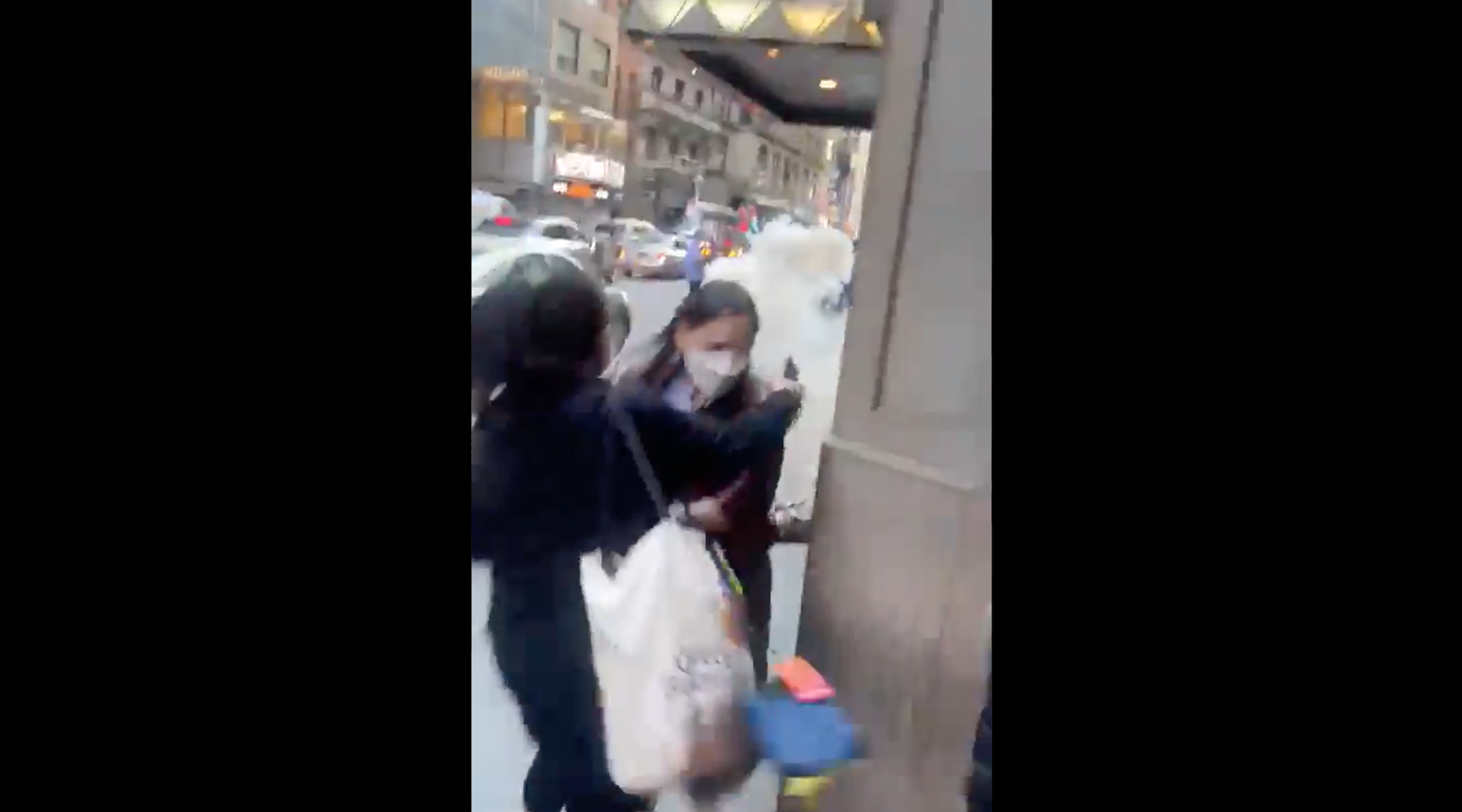 People dodge the smoke coming from two fireworks thrown from a car in Midtown Manhattan amid an altercation involving pro-Palestinian protesters in New York City, May 20, 2021. (Screenshot)
Advertisement

NEW YORK (JTA) — One person was burned when two fireworks were thrown from a car amid an altercation with anti-Zionist protesters in a heavily Jewish New York City business district, according to police.

The fight on Thursday evening came on what appeared to be the final day of the conflict between Hamas and Israel prior to a ceasefire that took effect overnight. Additional videos circulating on social media appeared to show other physical altercations between pro-Israel and pro-Palestinian demonstrators in New York City earlier in the day.

According to the Anti-Defamation League, there has been an increase in antisemitism in the United States both online and on the ground during the conflict, which has seen large pro-Israel and pro-Palestinian demonstrations across the country. As of Thursday, the ADL tallied 193 antisemitic incidents in the week since the conflict began, compared to 131 the previous week.

The New York City altercation occurred at about the same time as a pro-Israel demonstration in the city that also attracted pro-Palestinian counterprotesters. It took place in the Diamond District, a Midtown Manhattan street with many Jewish-owned businesses.

In two videos posted Thursday to Twitter, a group of men wearing the colors of the Palestinian flag can be seen yelling “f***ing Zionist” and similar expletives while holding a Palestinian flag. At the beginning of one of the videos, someone appears to be lying on the ground.

In another brief video from 47th Street, a bang can be heard along with a flash of light and smoke as people scramble. The chronology of the two videos is unclear.

The New York Police Department told the Jewish Telegraphic Agency that two commercial fireworks were thrown from a car, and one person sustained a minor burn. The department’s Arson Investigation Squad and a detective squad are investigating the incident.