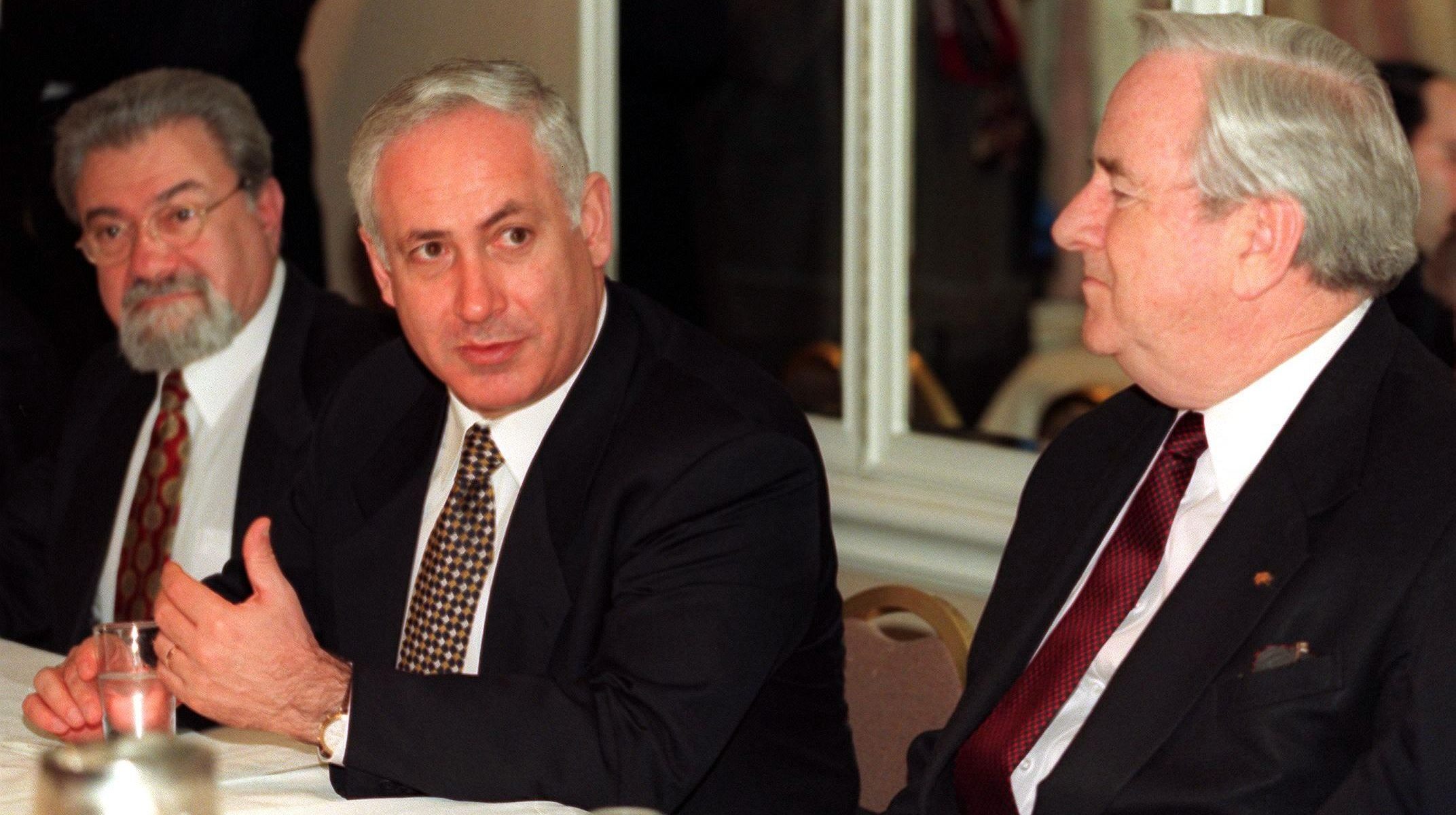 WASHINGTON (JTA) — After a decades-long embrace that began when he first served as Israel’s prime minister in the 1990s, Benjamin Netanyahu’s evangelical allies are worried about a future without him.

Jews who value the Christian alliance are worried, too, about a possible erosion of support among a critical pro-Israel sector should Netanyahu be forced from office, which now seems a strong possibility.

“I hope the wisdom that Bibi had when it comes to respecting and honoring that community, I hope that other leaders will have that wisdom,” said David Brog, the founding director of Christians United for Israel, or CUFI, who now heads a pro-Israel campus group, Maccabee Task Force. “I would not expect to see real diminished support, but it would be a failure not to maximize the support and inspire it to its full extent.”

Joel Rosenberg, an Israel-based evangelical convert from Judaism to Christianity, said in a post on All Israel News, a website he directs, that he was hearing expressions of anxiety from evangelicals.

“In recent days, I have received many concerned emails and text messages from Evangelical leaders asking me what is happening, why, and what the implications of this political earthquake are likely to be,” Rosenberg wrote this week as it became clear that Naftali Bennett, a right-winger, and Yair Lapid, a centrist, succeeded in cobbling together a coalition that would replace Netanyahu following the fourth split-decision election in two years.

No one expressed that angst in harsher terms than Michael Evans, an author and founder of the Friends of Zion Museum in Jerusalem. In a profanity-laced letter, Evans told Bennett, “You care more about your own damn ego and your bitterness than you do the State of Israel.”

In a separate screed posted on The Times of Israel blogging site, Evans accused Netanyahu’s opponents of trying to “crucify a man they hate and they’re willing to destroy the nation to do it.”

His tirades spurred rebukes from others in the evangelical pro-Israel community, who said Evans was an outlier even though he served on former President Donald Trump’s Evangelical Advisory Board.

“I think Mike’s approach is unfortunate in that we as American supporters of Israel ultimately have to respect and defer to any decision made by Israel’s democratic process,” Brog said.

One Orthodox rabbi who cultivates Christian support for Israel was so put off  by Evans’ comments and his attack on Bennett that he suggested “a radically new path forward” that was less political and more personal.

“We need a new way of doing things and we need to start building healthy relationships directly between rabbis and pastors and between pro-Israel Christians and pro-Israel Jews,” wrote Rabbi Tuly Weisz, who runs the website Israel365.

Pro-Israel and Israeli officials who deal with evangelical Christians said they were not concerned that Netanyahu’s departure would undercut the relationship.

“We appreciate the support of evangelical Christians for Israel,” an Israeli government official told the Jewish Telegraphic Agency, speaking on the condition of anonymity so he could speak freely while the government is in transition. “This support started decades ago and we are confident that it will continue, regardless of who is the prime minister of Israel.”

“Christian Zionists have had a relationship with every prime minister since Ben-Gurion. That will not change,” he told JTA. “Christian support for Israel is based on the Bible and Judeo-Christian values. Christian Zionists have supported the Jewish state since before her modern creation and will continue to do so regardless of internal Israeli political developments.”

The relationship has been mutually beneficial: Israel has gotten a base of support from a growing and influential American demographic and doesn’t depend on a large Jewish constituency. For evangelicals, support for Jews in Israel — and the settlement of all of biblical Israel, including the West Bank — fulfills a prophecy for the return of Jesus Christ, as well as a literal reading of Genesis 12:3: God will bless those who bless Israel, and curse those who don’t.

Still, no prime minister drew closer to evangelicals than Netanyahu, whose last 11 years in office coincided with a resurgence of evangelical politic influence and a consolidation of pro-Israel sentiment as a cornerstone of evangelical theology and policy.

Trump himself said he moved the capital of Israel to Jerusalem in 2017 “for the evangelicals,” and complained that “the evangelicals are more excited about that than Jewish people.”

Last month Ron Dermer, Israel’s former ambassador to Washington and one of Netanyahu’s closest advisers, said that he and his boss also saw the evangelical Christian community as more reliable than American Jews.

“People have to understand that the backbone of Israel’s support in the United States is the evangelical Christians,” Dermer said at a conference, adding that Jews — at least the liberal majority — were “disproportionately” critical of Israel.

Netanyahu also said as much at a Voices United for Israel conference of evangelical Christians in 1997.

“We have no greater friends and allies than the people sitting in this room,” he told the forum just hours before his scheduled speech to AIPAC, the pro-Israel powerhouse.

That year’s speech was one of three critical stops in Washington, including a visit to the Clinton White House. And it was not without controversy.

Speaking to a conference of evangelicals was unusual for an Israeli prime minister — if not unprecedented — and not exactly politic. U.S. Jewish groups were wary that some of the event’s sponsoring groups refused to eschew proselytizing Jews. President Clinton loathed one of the conveners, Jerry Falwell, for peddling a baseless accusation that the Clintons were murderers.

Netanyahu’s dalliance with Falwell poisoned his relationship with Clinton, but his embrace of evangelical Christians would pay off long term: The constituency would have his back over subsequent decades for his hawkish policies on settlements and Iran, and would deliver hundreds of millions of dollars to Israeli charities, many aligned with his worldview.

Other prime ministers have welcomed Christian Zionist support while treading carefully with a community that includes proselytizers. (Pastor John Hagee, the CUFI founder and probably the most influential Christian Zionist currently, has advocated within the evangelical community for an end to proselytizing Jews, although it is not clear how successful his campaign has been.)

Evangelicals have repaid Netanyahu’s favoritism in spades. John Hagee Ministries, which is separate from CUFI, has directed $100 million to Israeli charities over the years, including to right-wing and settlement groups.

Christian Zionist groups have eagerly pressed Netanyahu’s agenda, including his opposition to the Iran nuclear deal reached by former President Barack Obama. On some issues, including state laws targeting Israel boycotters and laws passed by Congress conditioning funding of the Palestinian Authority on ending its payments to terrorists, Christian Zionists have taken the lead.

Sarah Posner, a journalist who has written extensively on evangelicals, said that Netanyahu’s departure would not diminish Christian Zionist fervor. In fact, she said, evangelicals might be energized to stop the Biden administration from pressuring the Israeli government, especially one less inclined to confront the United States than Netanyahu was.

“If they view the current Israeli government as insufficiently protective of its biblical mandate, that might cause them to become more intense in support of Israel’s right wing,” she said.

Brog, who closely tracks politics in Israel, said he is concerned that some leftists in that country tend to mock evangelicals. He noted the release in Israel of “Til Kingdom Come,” a documentary made there that “emphasized the apocalyptic beliefs that drive some of the evangelical support. A pro-Israel watchdog also alleged that the film purposely distorted a speech by Trump.

“I’ve heard some pretty crude critiques in Israel of evangelical supporters of Israel,” Brog said. “I hope that whoever leads Israel is decent enough and open-minded enough to say I want to get to know them, and I will distinguish the larger group from any bad apples among them.”

Rabbi Jonathan Greenberg, whose master’s thesis at Hebrew Union College-Jewish Institute of Religion was about evangelical support for Israel, said Bennett and Lapid were likely savvy enough to continue to cultivate the evangelical community, although perhaps not with Netanyahu’s intensity.

Greenberg, a Reform spiritual leader, noted the American Jewish community’s continued discomfiture with a community with which it barely intersects, and whose domestic politics are diametrically opposed to the liberal Jewish majority’s. He said that could someday erode Christian support for Israel.

“The hand extended in friendship all these years being rejected by the Jewish community will get old,” he said. “At some point they will tire of having their hand out.”