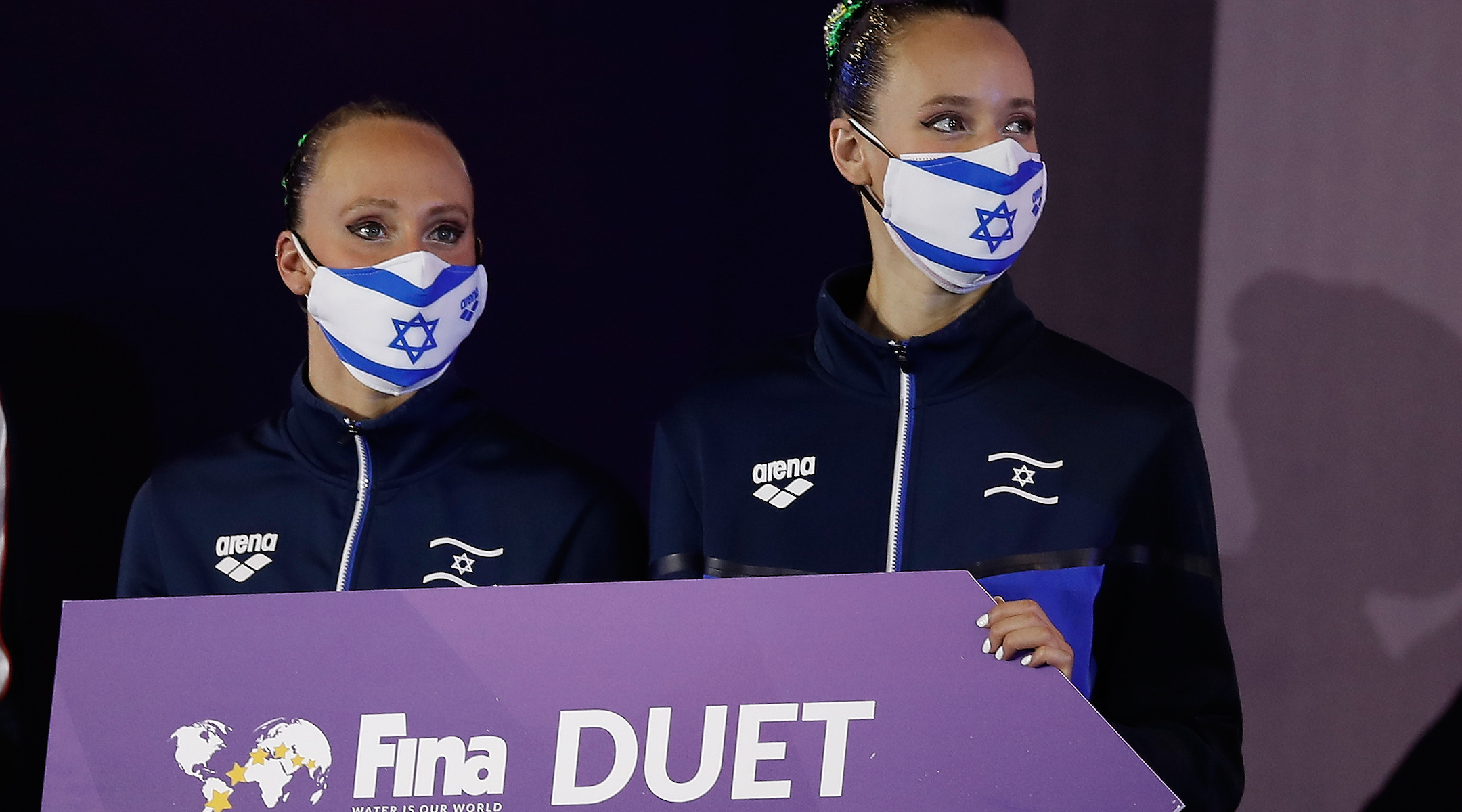 (JTA) — Standing poolside in Barcelona, Eden Blecher and Shelly Bobritsky beamed with pride and satisfaction as they struggled to catch their breath.

The two athletes from Israel on Sunday had just clinched the fourth slot in the Women Duet category of the Artistic Swimming Qualification Tournament in that city in Spain, assuring their participation in the 2021 Olympics in Tokyo.

But the commentator who narrated the tournament for TV3, the state broadcaster of Catalonia, the separatist Spanish region whose capital is Barcelona, didn’t focus on their technique or performance.

“Beyond the technical commentary, I’d like to draw attention to the fact that Israel’s international presence is another strategy for whitewash the genocide and violations of human rights that they’re committing against the Palestinian people,” the commentator, swimmer Clara Basiana, said during the live transmission.

As Blecher and Bobritsky waited for the score, then flashed excited smiles and hugged happily when they saw it, Basiana went on.

TV3 did not immediately reply to a request by the Jewish Telegraphic Agency for comment about Basiana’s commentary. Another commentator, veteran sports reporter Imma Pedemonte, avoided the subject. “Well, they certainly seem happy with the result,” she said.

“We’ve seen it repeatedly in Eurovision, and it’s as though the war crimes of the State of Israel are erased and we’d like to point this out to the viewers so as not to normalize it,” she said.

On social media and in some left-wing publications, Basiana’s commentary was celebrated as a rare case of demanding accountability from Israel. The news site Contrainformacion praised it as “truths that hit like fists.”

ACOM, a pro-Israel organization in Spain, accused TV3 of singling out Israel due to antisemitism. The event’s second-place winners were from Belarus, often referred to as Europe’s last dictatorship and where mass arrests and violence against pro-democracy protesters took place earlier this year.

“It is unsurprising that TV3, a mouthpiece for supremacist and hostile feelings toward Spanish people, again disseminates antisemitic libels,” ACOM wrote on Twitter. It was a reference to the perceived support of TV3 for the Catalonian separatist cause, which in 2017 led to a failed attempt by the government to break away from Spain.

Daniel Sirera, a former politician for the center-right Popular Party and a journalist in Catalonia, tweeted that Basiana had engaged in “unethical behavior by dragging politics into sports.”

And Marc Villanueva, a writer for the El Nacional paper, said that linking the athletes to the politics of their country “is as unfair as linking Basiana, who competed in the Spanish national team, to the taking of political prisoners by Spanish authorities” in Catalonia, he wrote.