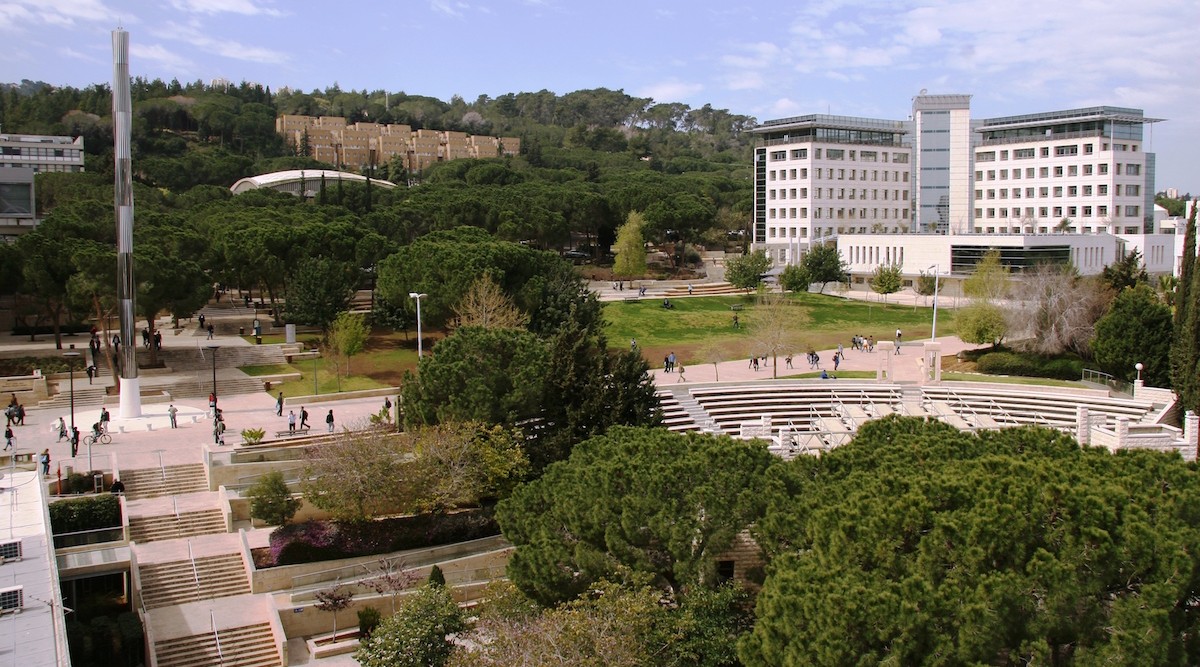 The Technion-Israel Institute of Technology, whose main campus is in Haifa, is Israel's oldest university. (Technion)
Advertisement

In the century or so since its founding as Israel’s first university, the Technion-Israel Institute of Technology has acquired a reputation as a driving force of Israeli innovation.

Four Nobel Prize winners and several recipients of the prestigious Israel Prize are among its more than 100,000 graduates and faculty — not to mention creators of billion-dollar companies, life-saving medical technologies, and too many startups and innovative technologies to count.

So what’s the school’s secret sauce?

That’s the question that longtime Technion professor Shlomo Maital, senior research fellow at the Samuel Neaman Institute for National Policy Research, recently set out to discover. For his project, he teamed with Israeli high-tech pioneer Rafi Nave, a Technion graduate who spent 21 years at Intel Israel leading development of the company’s math co-processors, managing its Haifa Design Center and working on the second-generation Pentium processor.

Together they spent much of the COVID year conducting interviews via Zoom with more than 100 notable Technion graduates asking them about their life journeys, innovations and how it all came about.

The result is a new book, “Aspiration, Inspiration, Perspiration: How Technion Faculty and Graduates Fuse Creativity and Technology to Change the World.” It may serve as a useful guide for anyone trying to figure out how to achieve success through a combination of out-of-the-box thinking and exceptional hard work and discipline.

“There are bookshelves full of learned tomes on innovators, innovation and creativity. I wrote several myself,” said Maital, who has worked with some 200 companies and over 1,000 managers and entrepreneurs, and is the former academic director of TIM-Technion Institute of Management. “But there are rather few that tell the innovators’ stories in their own words in response to standard, specific, focused questions.”

At noon ET Thursday, Maital will host a public webinar with Nave and David Perlmutter, former chief product officer and executive vice president of Intel, to talk about what they learned and to offer practical insights for those seeking to implement creative ideas.

Maital spoke to us recently about his project and some of his main takeaways. The following interview has been lightly edited for brevity and clarity.

You refer to the 100 innovators as having their “head in the clouds, feet on the ground.” What exactly does that mean, and how did these people find the intersection between science and industry?

“Head in the clouds” means zoom out. Actively seek wild ideas, far out of the box. Harvest them and cultivate them. “Feet on the ground” means zoom in. Sort the ideas, analyze them and find the ones that are feasible, capable of being implemented, even if that task is immensely difficult.

Technion provides students with state-of-the-art, enabling science and technology — this is part of “feet on the ground.” Our students, imbued with Israeli culture, then generate the wild ideas — “head in the clouds” — and fuse the two.

So many of your interviewees speak of the importance of following one’s passion and finding joy in work despite obstacles. Why is this an important message for today, especially at a time when many young people face economic uncertainties?

Resources fuel startups, but the underlying driving force is passion: the near-obsessive goal of entrepreneurs to make meaning — not money — to create real value and change the world. This is why so many Technion graduates leave high-paying jobs to launch startups, despite formidable odds and 24/7 work hours. 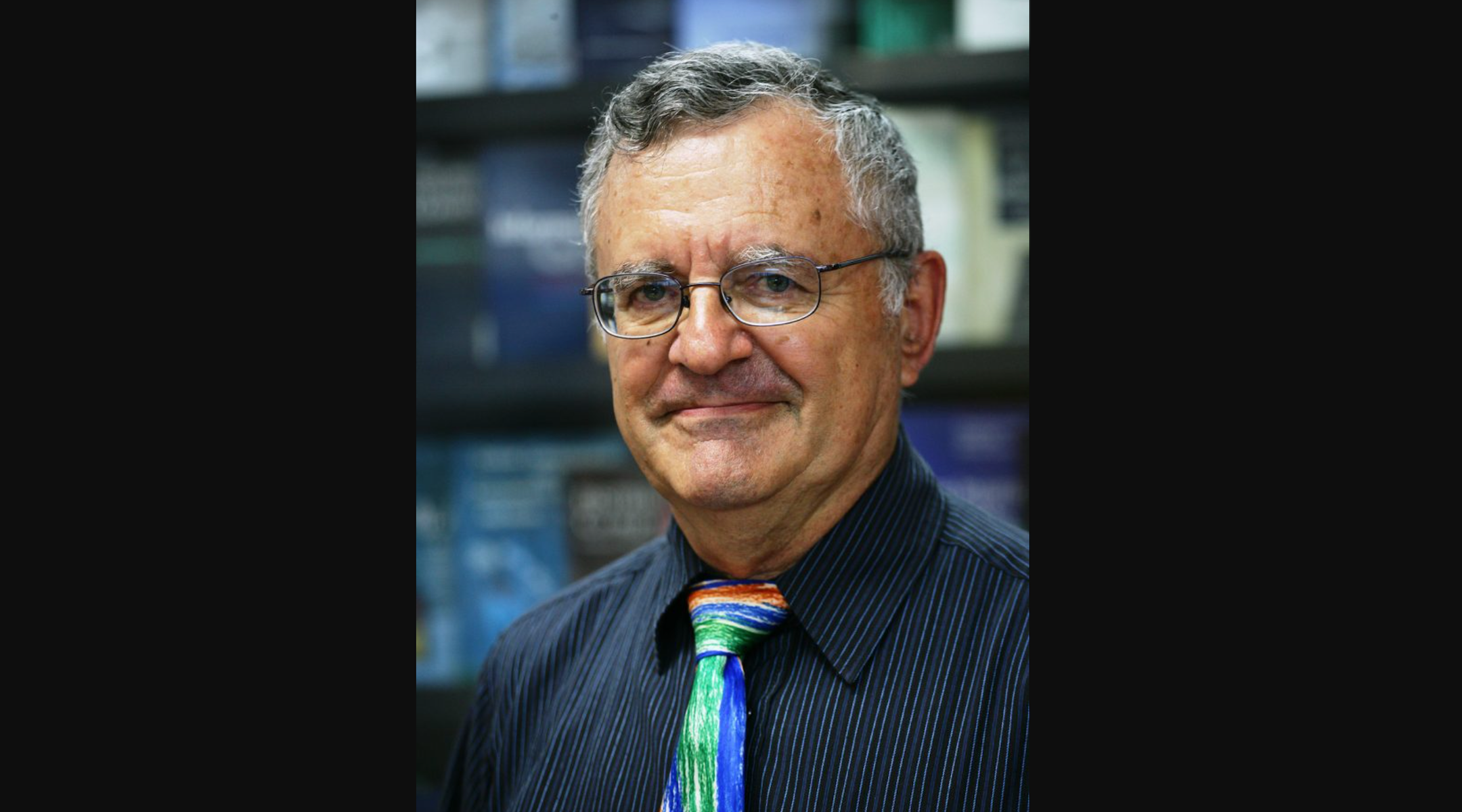 The Israeli culture of risk taking, resilience and lots of chutzpah is a recurring theme in your book.

We Israelis are perceived as rude, arrogant and impulsive. Maybe. But Israel has endured and prevailed because of the innate ability to improvise creatively and stubbornly. Israel has low “power distance” — the perceived gap between those with authority and those without. Our students tire of being told what to do by those they think are less smart than they are and go off to launch their own ideas.

Startup entrepreneurship is driven by national culture, and the cultures of nations differ widely. I believe that even when Technion graduates seek to build startups abroad, they still retain the cultural DNA they acquired as Israelis.

How can a university prepare student scientists and engineers to lead and manage companies and organizations after graduation?

I actually researched this question. In a web survey, we asked Technion graduates who had launched startups what they had learned at Technion that proved helpful in starting a business. About half mentioned experiential events — hackathons, three-day startups, Biz-Tech competitions. But half said they weren’t prepared. I wish Technion would offer a compulsory one-semester course on basic business tools: economics, accounting, marketing.

These are skills students need to become the leaders of tomorrow, and I think the Technion is realizing how important these skills are. Now, rather than competing with global industries, the Technion is bringing leading companies like software giant PTC to campus, so students and researchers alike can benefit from firsthand access to technology and information from some of the world’s most cutting-edge companies.

Some of your interviewees emphasized the importance of diving deep into one’s own discipline, while others encouraged a multidisciplinary or interdisciplinary approach. Which is better?

The future lies with interdisciplinary thinking. It is one of the 10 key future skills that employers mention. For example, Nobel laureate Arieh Warshel (a Technion graduate) combined chemistry, biology, computer science, and classical and quantum mechanics.

Technion is moving away from traditional disciplinary silos with joint degree programs. One of Technion’s hotbeds of interdisciplinary innovation is biomedical engineering, a faculty that integrates science and engineering for the advancement of medicine.

It’s important always to be mindful of the ethical and social responsibilities of their work, many interviewees said. Some also recommended studying the humanities even while focusing on science and technology.

This is a sore point, alas. Studying physics, computer science, electrical engineering, mechanical engineering, chemistry and physics at a world-class level in three or four years is really hard. And we do put our students’ feet to the fire. Historically this has left little time to study literature, history, philosophy or even ethics. But this is changing. The Technion is now working on ways to provide students with the necessary tools so that they can crystallize for themselves a broad perspective of society, ethics, environment and so forth. It would be a unique aspect of liberal arts, and an interface with science and engineering.

On the other hand, Technion graduates’ startups do focus on the major dilemmas facing Israel and the world and seek to resolve them. So there is heightened awareness of things like the climate crisis, hunger, poverty and inequality. And after army service and the customary tour-the-world trip afterward, our students enter their studies older and more mature and aware of global challenges.