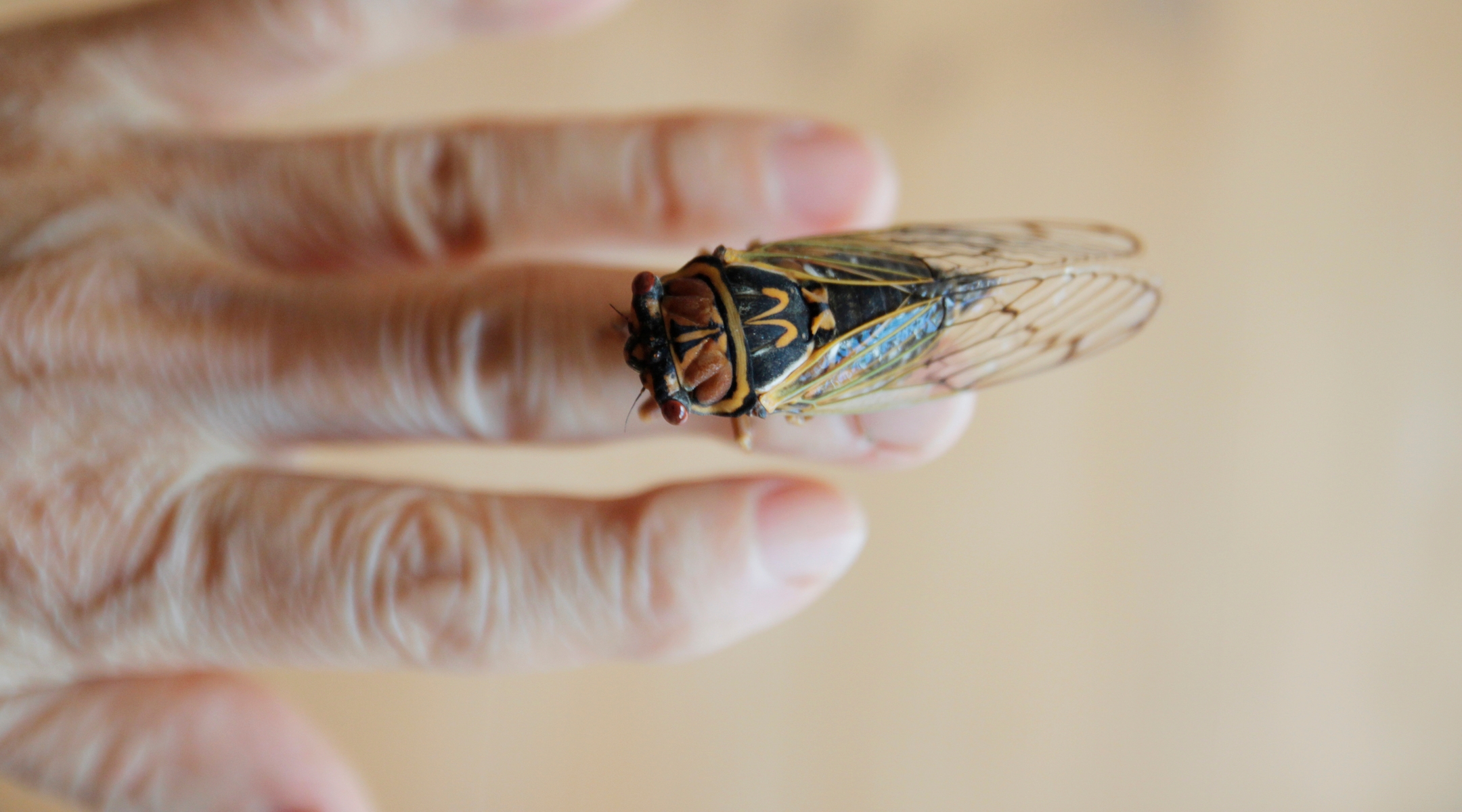 (Washington Jewish Week via JTA) — Brood X, the once-every-17-years emergence of cicada swarms across much of the Midwest and Eastern U.S., has again left its mark, with trillions of the insects clogging many major metropolitan areas (and serving as unlikely parenting models). As of late June, according to reports, the (smelly) dead have begun to outnumber the living, leaving some to ask: What’s to be done with all these insect corpses?

Foodies have suggested popping cicadas in your mouth.

“Why not embrace Brood X as the free-range, sustainable source of protein that it truly is?” Wired magazine asked.

Others have seconded the suggestion.

“They have a buttery texture, a delicious, nutty flavor, probably from the tannins, from the roots of the trees on which they fed,” University of Maryland entomologist Mike Raupp told The Associated Press. “And they’re going to be really good with a Merlot.” Raupp provided his own recipe for chocolate-cicada cookies.

“No Jew should be eating cicadas,” said Rabbi Shmuel Herzfeld of Ohev Sholom-the National Synagogue in Washington, D.C. “If you put it in your cholent pot, your cholent pot is treif.”

According to Rabbi Ari Zivotofsky, a neuroscience professor at Bar-Ilan University in Israel who explores exotic kosher food on the side, locusts are kosher (despite their starring role in the Ten Plagues), but cicadas are not.

“You’re not going to find anybody who says that cicadas are kosher,” he said. “There are kosher insects, but they’re all species of grasshoppers and locusts. There are no kosher cicadas.”

Zivotofsky said that before World War II, the tradition of eating locusts was confined to Jews in Yemen, where the insect was more prevalent. The custom has since expanded, including to the Zivotovsky home.

“I find it gross, but I let my kids eat locusts,” he said.

For an animal to be kosher in Judaism, it needs to fit the rules set out in the Torah, and there needs to be an established community tradition of eating the animal. Herzfeld said cicadas are never kosher, but there is also no tradition among Ashkenazim of eating locusts. Therefore, locusts are not kosher for Ashkenazim, either.

“But if somebody was invited to a Yemenite Jew’s home for Shabbos dinner and they served locusts, then they could eat them,” Herzfeld said. “But an Ashkenazi Jew is not allowed to cook them up and serve them on their own,”

As for cicadas, they’re off the menu.

This article originally appeared in the Washington Jewish Week.