A Jew, a Christian, a Muslim and a Baha’i: Welcome to Abrahamic House, an interfaith living community 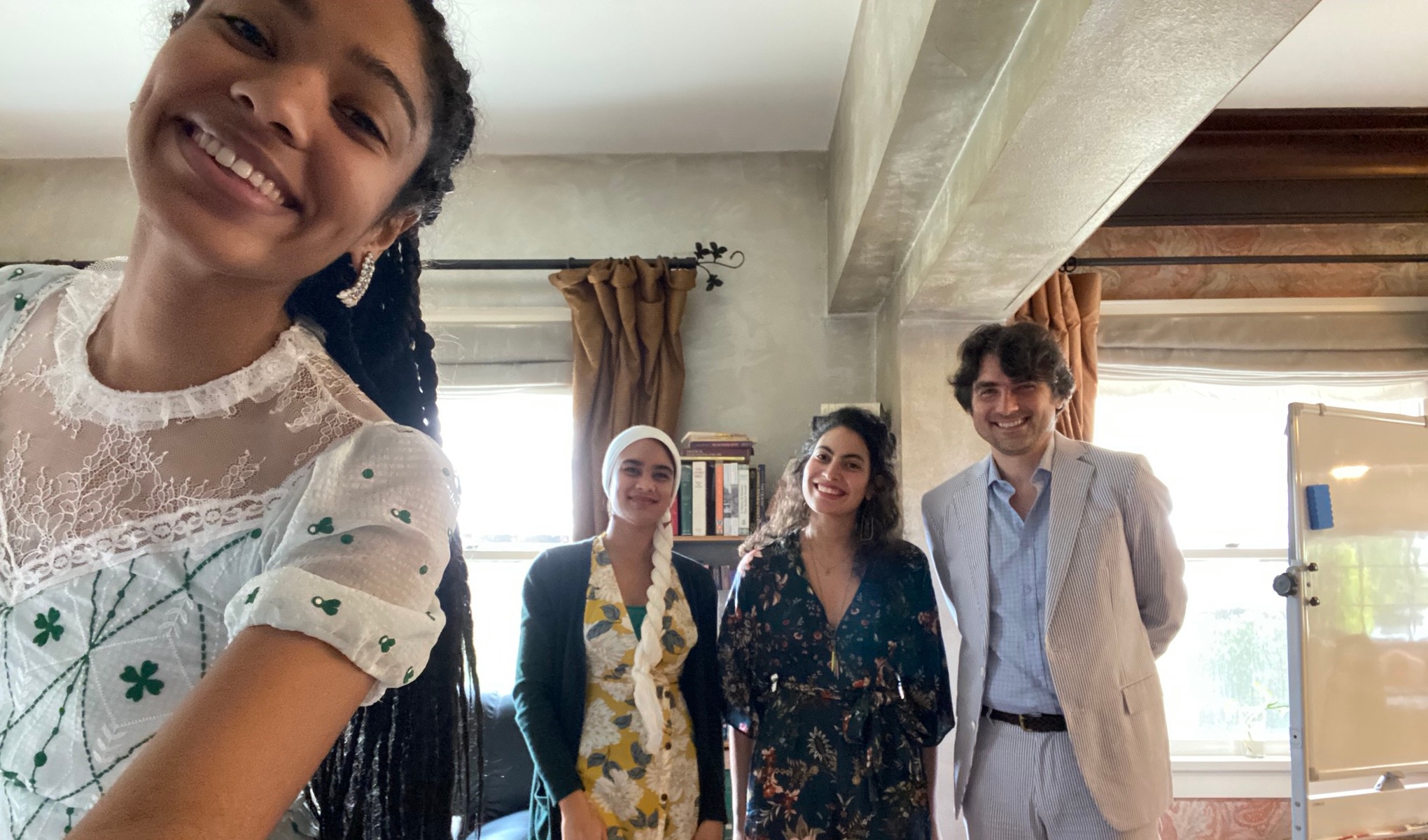 Abrahamic House is an interfaith fellowship program in which four people ages 21 to 35 share a home for one to two years. In exchange for subsidized rent, the residents organize programs and community events.

It’s a concept inspired by the Moishe House group-living program, but instead of involving only Jews, Abrahamic House is home to a Jew, a Christian, a Muslim and a Baha’i.

At the moment, there’s only one Abrahamic House — in Los Angeles. And the inaugural class of residents moved in just before COVID-19 hit. But a second house will open Sept. 1 in Washington, D.C. Now all it needs is a (physical) house and people to live in it.

Applications for the D.C. Abrahamic House are open. Once the four fellows have been selected, they will be offered three possible sites for their house, Al Samawi said.

With Abrahamic House, Al Samawi wants to promote collaboration among adults from often hostile religions, and to challenge their stereotypes of each other. With any luck, such success will spread to the broader community.

Born in Yemen to a Muslim family, Al Samawi said he was raised to think Christians and Jews were his enemies. At 23, a teacher gave him a copy of the Bible. He began questioning what he had learned and started connecting with Jews and Christians on social media to learn more about them. He became an interfaith activist. That’s when he started receiving death threats from extremists, he said.

When Yemen’s civil war broke out in 2015, Al Samawi was stuck in his small apartment in the city of Aden. He tried to lay low as he ran out of food, water and money.

With all flights out of the country canceled due to the fighting, Al Samawi reached out on social media for help escaping. Four Americans — three Jews and one Christian — came to his aid. They were practically strangers. Al Samawi only knew them from conferences, but they helped him leave the country on a fishing boat heading across the Red Sea to Djibouti.

His escape, which he has since recounted in his 2018 memoir “The Fox Hunt,” only strengthened his belief that what he was raised to think was wrong. People of different religions are not necessarily enemies, and interfaith work can lead to good.

“Without interfaith, I wouldn’t be speaking with you today,” Al Samawi said in a phone interview. “I would probably be dying in Yemen of suffering from the war.”

Al Samawi came to the United States and in 2015 received political asylum. He thought his fate was to become a barista. Instead he was hired to coordinate Middle East efforts for the International Center for Religion and Diplomacy, a faith-based diplomatic nonprofit.

And he began telling his story at speaking engagements. One was hosted by Moishe House, which is where Al Samawi learned about the organization that plants houses and fills them with young Jews who draw a community around them.

“I loved the idea of just having a house for four or five Jews doing Shabbat dinners together,” Al Samawi said. “And because I’m always thinking about interfaith, I wanted one day do something similar to that, but instead of being only for Jews, it would be for everyone.”

For guidance, Al Samawi reached out to David Cygielman, Moishe House’s founder and CEO. Cygielman now serves on Abrahamic House’s board. Two other Jews, Jenna Weinberg and Daniel Pincus, also sit on the board.

Al Samawi launched the first Abrahamic House last year in Los Angeles, where he lives. He said he chose Washington for the second house because he is familiar with the city, having lived there for his first two years in the U.S. And as the capital, Washington is a symbol of coexistence.

“You can find everyone from around the world in Washington. It’s an international city,” Al Samawi said. “You have all these young people trying to be part of NGOs, be part of political life, be part of charity. And I love that. I feel like Washington, D.C., can be and it should be the center of Abrahamic House.”

The Jewish resident of the inaugural Abrahamic House in Los Angeles, which wrapped in January with a virtual graduation ceremony, was Hadar Cohen, a Jerusalem-born Mizrahi artist and spiritual healer. She shared the house with Jonathan Simcosky, a Christian book editor; Maya Mansour, a writer, photographer and model of the Baha’i faith; and Ala’ Khan, a Muslim filmmaker.

“I think it was valuable and educational,” Cohen told the Jewish Journal of Greater Los Angeles about her time at Abrahamic House. She further explained to Religion News Service that being at the house made her aware of how much she had kept her own “Jewishness hidden,” because “there’s a lot of fear, the hatred that comes with it.” (Cohen did not respond to a JTA request for an interview.)

Al Samawi’s goal is to have an Abrahamic House in all 50 states, plus in Morocco.

“In order to achieve this dream, we need to move step by step,” he said.

Each step will require fundraising.

“We are consistently fundraising to be able to open houses and do the programs,” Al Samawi said.

A version of this story originally ran in the Washington Jewish Week via Mid-Atlantic Media.