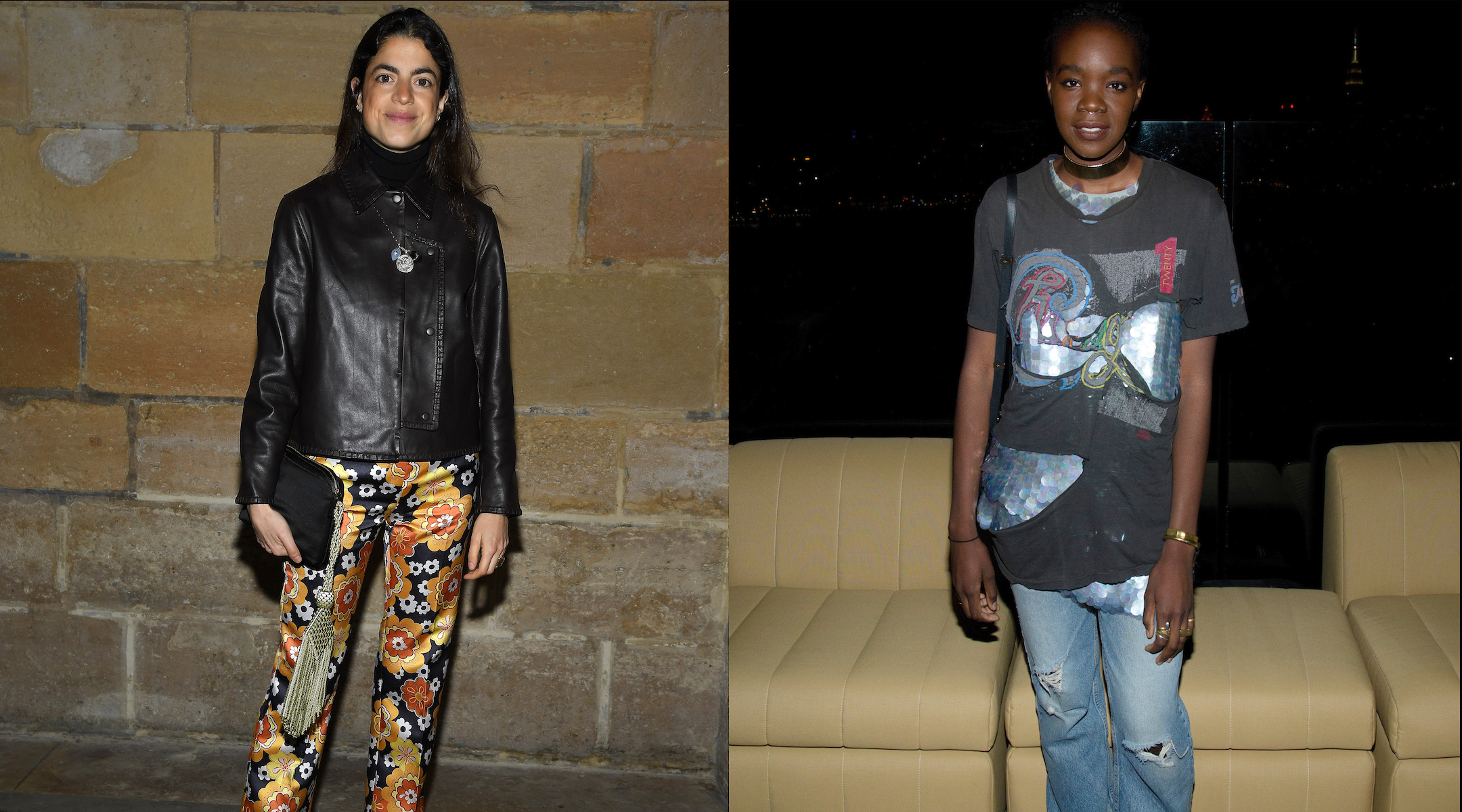 (JTA) — Recho Omondi, a fashion podcaster who was accused of antisemitism for comments in a recent interview she conducted with a Jewish writer, has posted a lengthy apology to her listeners.

“I owe the Jewish community and anyone else who’s offended by my words an apology,” Omondi said in a six-minute segment uploaded Tuesday morning to her podcast channel, The Cutting Room Floor. “I said some really crass and reductive things about Jewish people, painting them with one big, broad stroke, and it really stereotyped and insulted a lot of my friends, and fans of the show, and strangers.”

Omondi has faced accusations of antisemitism following the interview with fashion blogger Leandra Medine Cohen nearly two weeks ago. Medine Cohen had stepped down last year from the publication she founded, Man Repeller, after facing blowback for firing one of her few Black employees a few months before the summer’s racial justice protests.

In the introduction to her interview with Medine Cohen, Omondi, who is Black, claimed that “many” of the country’s racist white founders, including slave owners, were Jews. That false claim echoes a  a stereotype promoted by some prominent American antisemites.

At the end of the podcast, Omondi referred to Medine Cohen as a “Jewish American Princess” and added, “At the end of the day you guys are going to get your nose jobs and your keratin treatments and change your last name from Ralph Lifshitz to Ralph Lauren and you will be fine.”

Medine Cohen’s comments in the interview with Omondi were widely panned as not self-aware. But in the days after the podcast was uploaded, listeners wrote that they were offended by Omondi’s words. Those listeners included several donors of small contributions to support the podcast on a crowdfunding site.

The Anti-Defamation League called on Omondi to apologize. A widely read article about the podcast in The Cut, a style and culture publication, appended a note about the antisemitism accusations.

The day after the podcast was uploaded, Omondi posted on Instagram, “I want to recognize that I understand Leandra does not represent ALL Jewish people or the vast culture whatsoever.” A few days later, she erased the comments about Jewish slave owners and the “Jewish American Princess” segment from the podcast.

In her apology Tuesday, Omondi, also a designer with an eponymous fashion brand, said she had not understood the nuances and diversity of Jewish life.

“It’s taken a second, because I was having to really come to terms with my own thoughts, biases, where those biases came from,” she said. “So I’m really sorry for all the people that I disrespected and alienated from my own lack of understanding for, really, the depth of Jewish culture. I knew it was vast, but I didn’t understand how nuanced it was. And now I’m aware of the difference between, like, Ashkenazi and Sephardic and varying Jews of color and Black Jews, and the difference between it being an ethnicity, or the religion or a nation state.”

Omondi added that she hadn’t understood that “Jewish American Princess” was a slur, saying that she thought it was “a b***y thing to say” but didn’t know about the “whole history behind it that’s still very alive and well for Jewish people.” She also said her comments about keratin treatments and nose jobs were “dark.”

Within the fashion industry, she said, “most of my experiences with Jewish people usually included a lot of racist, anti-Black energy, and it led me to judge the community as a whole unfairly, to be honest, but I realized there’s a lot more black and Jewish solidarity and organizations and initiatives towards racial injustice than I ever knew about.”

Omondi said that she didn’t want “to let this become my villain origin story” and that she was grateful to those who called out her comments. She said “all of my grievances about Leandra truly have nothing to do with her Judaism.”

Medine Cohen does not appear to have addressed Omondi’s apology on Instagram or her personal newsletter. The Jewish Telegraphic Agency has emailed Medine Cohen for comment.