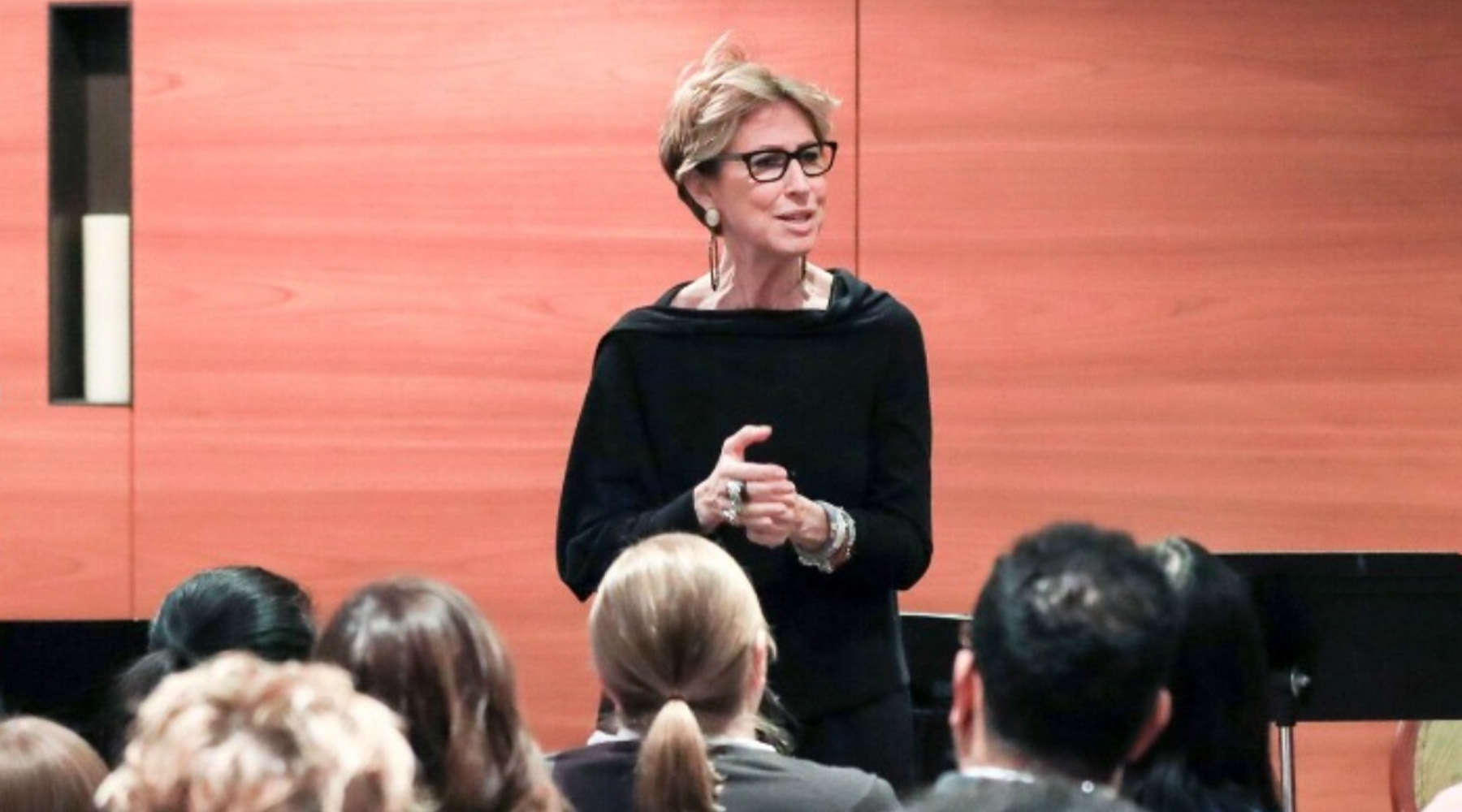 Funerals are notoriously expensive and often loaded with unexpected fees. They come at a time when people are at their most vulnerable, intimidated and perhaps unable to make judicious decisions amid their grief.

Consequently, many bereaved family members make costly mistakes and find themselves at the mercy of funeral homes whose driving motive is profit.

At the time, New York’s funeral home market was largely controlled by Service Corp. International, or SCI, a Houston-based behemoth that owned four of the five Jewish funeral homes in Manhattan and seven of 18 in Brooklyn. An anti-trust complaint by New York’s attorney general resulted in an out-of-court settlement in 1999, and SCI was forced to sell some of its funeral homes, including Plaza Memorial Chapel in Manhattan.

In stepped a group of Jewish philanthropists and community leaders – along with UJA-Federation of New York and the Jewish Communal Fund – who in 2001 came up with a $2.25 million loan to buy the facility and create Plaza Jewish Community Chapel, a nonprofit Jewish community funeral home.

Two decades on, Plaza not only has helped reduce the costs of Jewish funerals and bring unprecedented transparency to the process — Plaza’s fees are about 35% less than comparable funeral homes, and Plaza was the first area chapel to post pricing on its website — but it has become a leader in educating and supporting the Jewish community in end-of-life issues.

“Our mission is to ensure that every member of the Jewish community receive a dignified Jewish burial, to take the profit motive out of funerals, and to provide education and bereavement support around the end-of-life conversation,” said Stephanie Garry, Plaza’s executive vice president of communal partnerships.

The funeral chapel serves all Jewish denominations, from haredi Orthodox to the most progressive. It helps train clergy, educators and Jewish community professionals. It runs programs in synagogues and Jewish community centers on Jewish rituals surrounding death, including a curriculum for b’nai mitzvah students designed to take the mystery out of death.

When Mount Sinai hospital was establishing its now nationally renowned palliative care program, it was given a significant boost from Plaza Jewish Community Chapel in the form of a sizable grant.

“Palliative care was a relatively new medical specialty focused on improving the quality of life for people living with serious illness, their caregivers and an entire clinical team,” recalled Dr. Diane Meier, a professor in the hospital’s Department of Geriatrics and Palliative Medicine.

The movement to provide palliative care in hospitals was so new at the time, and Plaza’s grant “was very helpful and really important in gaining support and endorsement from the community,” Meier said.

Over the past 20 years, Plaza has spent more than $1 million on grants for end-of-life education and support, as well as sponsored or co-sponsored some 20 conferences dealing with loss and bereavement. It also runs about 50 educational programs annually, including in cities throughout the country. A 57-member board of directors comprised of clergy, social service executives and community lay leaders runs Plaza.

“We built a whole model based upon helping people rather than trying to make a profit,” said Alfred Engelberg, Plaza’s founding board chair. “We support programs around end-of-life issues. Our funeral directors don’t work on a commission; they get paid a salary. More than half of our funerals use a plain pine box.” 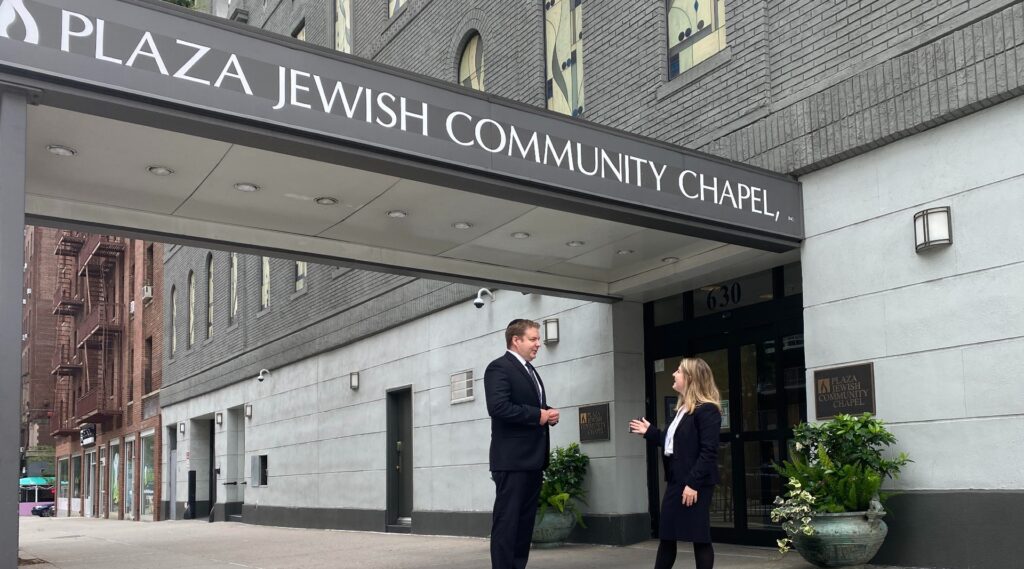 Much of the community education Plaza does, Engelberg said, reflects the fact that many Jews today aren’t as familiar as previous generations with Jewish rituals surrounding death and therefore often need more guidance to provide the end-of-life options their parents want.

Among Plaza’s major initiatives is helping establish and sustain What Matters: Caring Conversations about End of Life, which focuses on advanced care planning to ensure that a person’s health care wishes are known and honored. The program is a collaboration between the Marlene Meyerson JCC in Manhattan, the New Jewish Home (a long-term care facility in Manhattan) and the Center for Pastoral Education at the Jewish Theological Seminary.

“What Matters focuses on an individual’s values, goals and preferences,” said Sally Kaplan, the group’s program director. “It asks what health care choices you would want made for you if you were ever in a position in which you could not speak for yourself. One of our goals is to help people complete the health care proxy and appoint an agent who can speak for them.”

Plaza also has provided major grant funding to the Westchester End of Life Coalition for a program at Westchester synagogues called “Can We Talk?”

“We go to synagogues that request us to raise their awareness regarding end-of-life issues,” said Heidi Weiss, a volunteer with the coalition who is a health care social worker at Westchester Jewish Community Services in White Plains. “The grant enabled us to produce videos and buy a card game called Go Wish that helps people discuss end-of-life care. It helps them verbalize their wishes and priorities.”

“We pull the curtain back,” Garry said. “We show where it all takes place. We never lose sense of the fact that people are uncomfortable in a funeral chapel.

One of the issues Plaza is working on with clergy and community lay leaders is how to deal with end-of-life issues surrounding trans Jews. The Jewish ritual of tahara, washing the dead, is performed typically by volunteers of the same gender as the deceased. How should a tahara be performed for a trans Jew?

“We need to ensure that everyone has a respectful burial whoever they are, and that those in marginalized communities know there is a voice that will be advocating for them as well,” she said. “Our communal conversations are on the side of inclusion, and Plaza sees one of its roles in the community as advancing that notion within end-of-life spaces.”

Now entering its third decade, Plaza has captured a growing segment of the Jewish funeral business in New York, New Jersey and Connecticut.

“People reach out to us when they hear we are nonprofit,” Garry said. “Since we opened our doors our business has more than tripled, and we are now one of the leading Jewish chapels in the metropolitan New York area. I believe we are the gold standard in terms of providing service to our families, and in being a thought leader and forward thinker for what we do to support the community.”