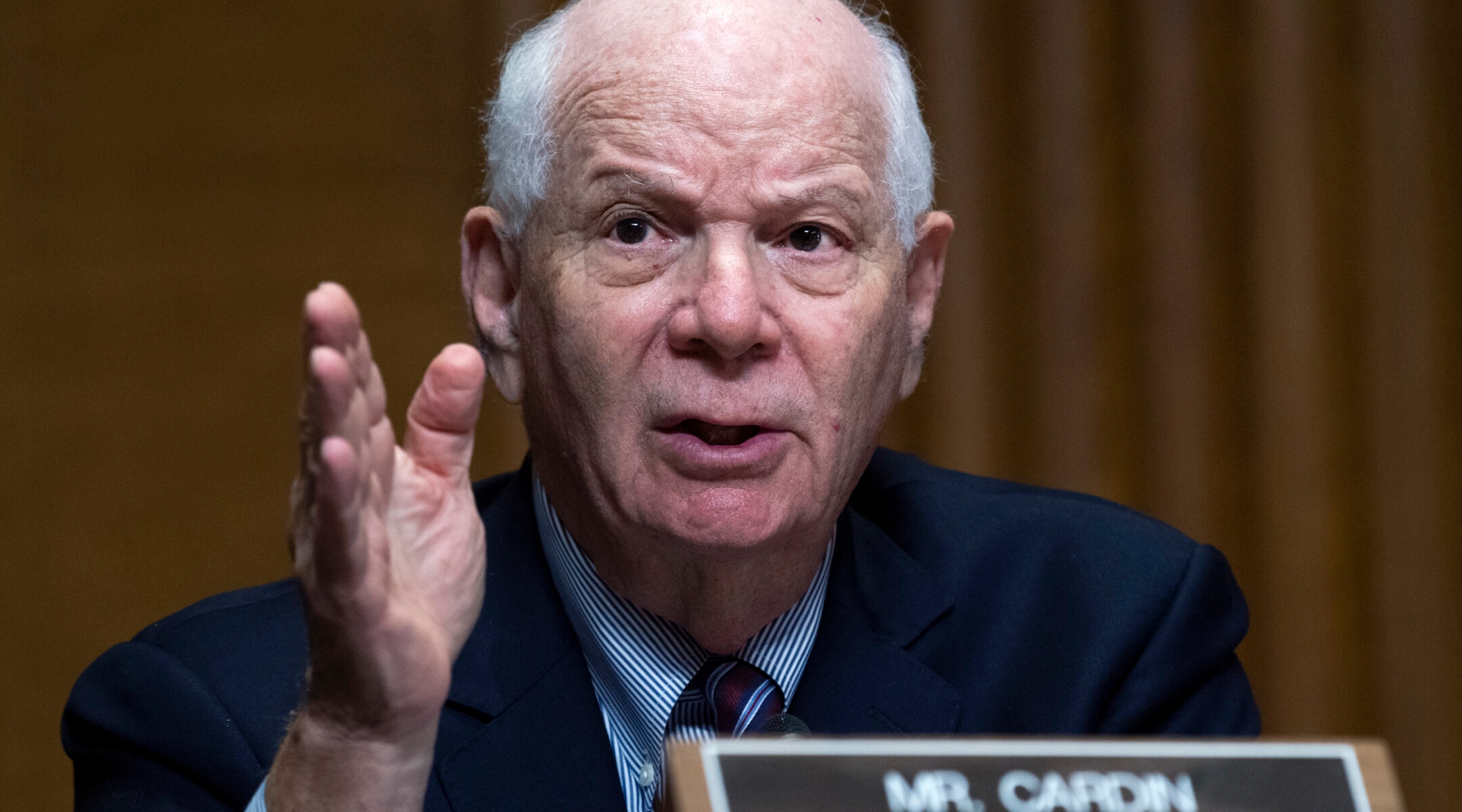 WASHINGTON (JTA) — Sen. Ben Cardin, a Maryland Democrat, is one of Israel’s staunchest defenders in Congress — and he thinks Republican attacks on one of President Joe Biden’s nominees as anti-Israel is “ridiculous.”

Dilawar Syed, a longtime business leader, would be the most senior Muslim official in U.S. history if Congress confirms him to be the No. 2 person at the Small Business Administration. GOP attacks aimed at blocking his nomination as deputy director reportedly cite his membership on the board of a Muslim advocacy group that is harshly critical of Israel, alleging without evidence that he backs Israel boycotts, and his Pakistani origins.

Cardin chairs the Senate’s Small Business Committee and is trying to advance the Syed candidacy.

“I have not heard any legitimate opposition to Mr. Syed himself,” Cardin told Politico.

Cardin’s support is notable because he is Jewish and one of the strongest allies of the mainstream pro-Israel community among Democrats. In 2015, the veteran lawmaker broke with his party and opposed the Iran nuclear deal also opposed by Israel.

In denouncing the attacks on Syed, Cardin is hardly alone: Other Jewish groups and figures have weighed in, too.

The American Jewish Committee, a centrist group on Israel issues, said last month that the attacks on Syed were “so base and unamerican” that it decided to speak out despite not normally commenting on nominations.

The AJC did not endorse Syed — outside groups rarely endorse nominees — but said: “His national origin or his involvement in a Muslim American advocacy organization are not and should not be disqualifying factors.” It noted that Syed worked with the San Francisco Jewish community, traveling to Israel on one of its programs, and participated in Muslim-Jewish dialogue, including with the Muslim-Jewish Advisory Council, which the AJC co-convenes.

Meanwhile, Bend the Arc: Jewish Action and the Jewish Democratic Council of America organized a letter from a number of faith groups that was sent Wednesday to Cardin and the top Republican on the Small Business Committee, Rand Paul of Kentucky. The letter, likewise not an endorsement, cites an internal email circulated among Republicans on the committee saying that “Mr. Syed’s heritage and faith were explicitly highlighted to imply allegations that are patently false and irrelevant.”

Politico confirmed the email, authored by an aide to Sen. James Risch, a Republican from Idaho, noting Syed’s Pakistani heritage and his membership on the board of Emgage Action, a Muslim advocacy group that has condemned Israel.

“This first-ever boycott in the history of the committee — representing a blatant attack on Mr. Syed’s background and faith — is deeply troubling and offensive,” said the letter, which was signed by among others a number of Jewish leaders, including Rabbi Jonah Pesner, who directs the Religious Action Committee of Reform Judaism.

The letter from Republicans alleges that Emgage Action backs the Boycott, Divestment and Sanctions movement against Israel and that having Syed in the role of deputy director of the Small Business Administration could “jeopardize” small businesses with ties to Israel or owned by Jewish Americans. It does not explain how Syed could do that — such action is illegal and unconstitutional.

The AJC statement quotes Syed as saying that he adamantly opposes the BDS movement.

“Let me unequivocally state that I do not support BDS,” the AJC quoted Syed as saying. “Throughout my career, I have supported engagement with Israeli business. I have personally conducted business with Israeli companies and have mentored entrepreneurs based in Israel.”

The Republicans’ letter does not directly attribute any offending statements to Syed himself, focusing only on Emgage Action, which embraces a large number of advocacy positions, including religious freedoms and defending Muslims under attack in China, Burma and elsewhere, along with its criticism of Israel.

One Jewish group backing the Republican senators is the Zionist Organization of America, which posted a lengthy attack last month on Syed’s nomination. Like the Republicans’ letter, it cites Emgage Action statements and actions and does not directly attribute any statement or objectionable position to Syed himself.