Amid debates over vaccines and masks, Jewish day schools buckle down for a third year of COVID 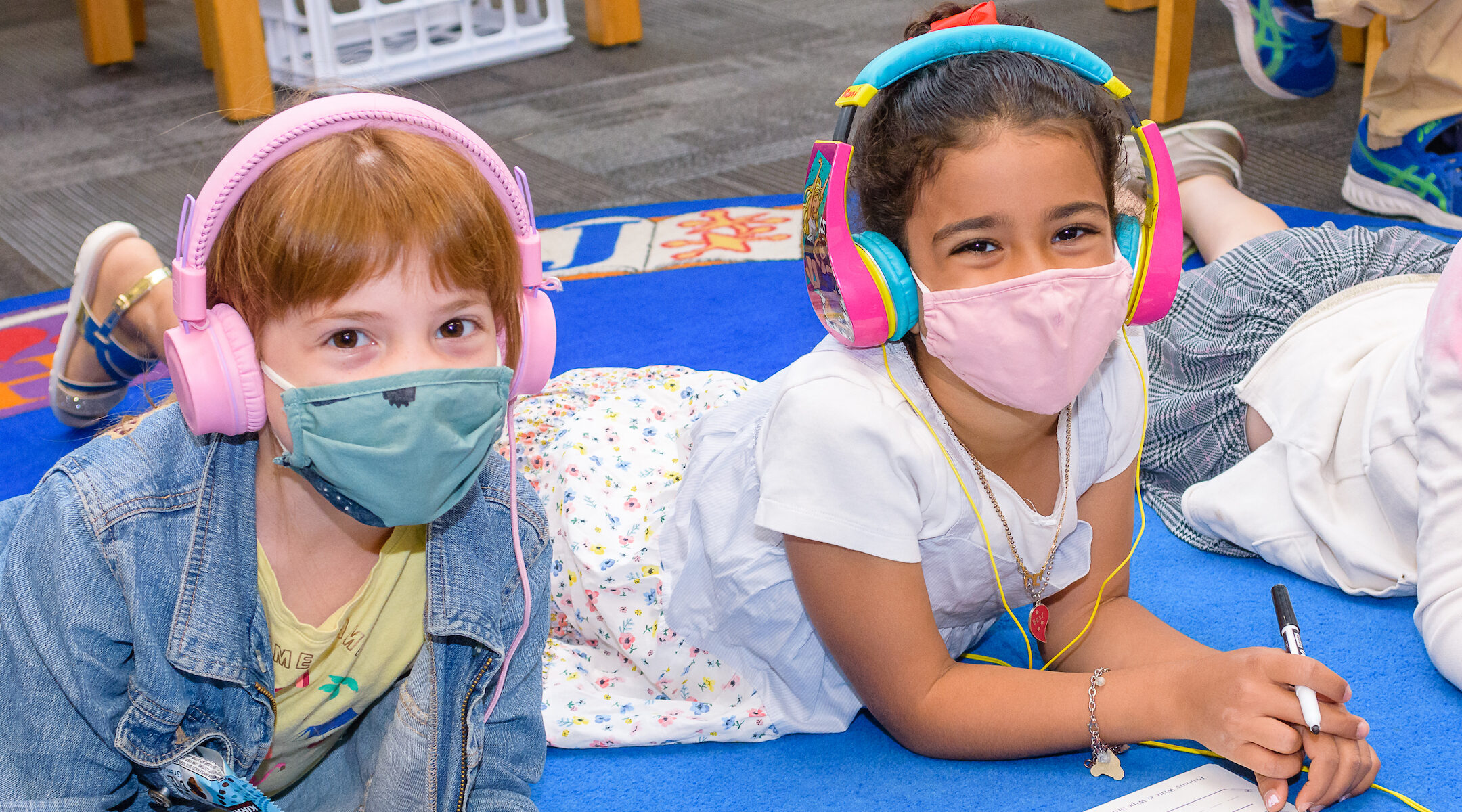 Students at SAR Academy during the 2020-21 school year. (Courtesy of SAR)
Advertisement

NEW YORK (JTA) — When the school year ended two months ago, Rabbi Bini Krauss allowed himself to breathe a sigh of relief.

His Modern Orthodox day school, SAR Academy, had been perhaps the first Jewish school in the country to close due to COVID when the virus hit its New York City neighborhood in early March 2020. The school rapidly pivoted to remote learning, and last year, with students masked, distanced and doing as much as possible outside, it stayed open in-person all year.

Right before the summer began, Krauss began to feel like the school just may have weathered the pandemic successfully. Older students and teachers were being vaccinated and positivity rates were cratering.

“We felt like, wow, we’re seeing the light at the end of the tunnel,” he said. “We knew that it wasn’t quite fully mission accomplished, but we certainly felt good and knew we were going into a positive summer and to a better place.”

As schools across the country welcome back students, the spread of the Delta variant and rising case numbers have meant that instead of celebrating a return to normal, Jewish schools along with others have returned to debates about masks and vaccines that feel like they’ve only escalated a year and a half into the pandemic.

“We feel like it’s hard to believe that we’re convening our medical committees again and that we’re making decisions again about masking, very difficult decisions about vaccine mandates,” said Krauss, SAR’s principal. “It’s certainly, on one hand, a little deflating. On the other hand, I think we all feel like we’re a lot better equipped than we were a year ago. We know a lot about what we potentially need to do if we need to do it.”

Schools are reopening against the backdrop of state and national debates over whether students need to mask and whether teachers should be forced to vaccinate, as well as concerns about the Delta variant’s increased transmissibility. Public school districts in Texas and Florida are imposing mask mandates on their students, defying bans on mask requirements issued by the governors of those two states. In Texas, the ban on mask requirements has also faced legal setbacks.

Other states have yet to issue statewide mask mandates for schools, leading to these fights taking place on the school district level. In a district outside Pittsburgh this week, a parent who opposed masking flashed a Nazi hand signal after the board voted to require masks.

In Oregon and most of California, public school students will be required to mask. And on Wednesday, California required that its teachers either vaccinate or be tested for COVID regularly. This week, the two largest teachers’ unions in the country both signaled openness to such requirements.

“Vaccines are the single most important way of dealing with COVID,” Randi Weingarten, president of the American Federation of Teachers, said Sunday on NBC’s “Meet the Press.” “It’s not a new thing to have immunizations in schools. I think we need to be working with our employers, not opposing them, on vaccine mandates.”

Because Jewish day schools are private, they aren’t subject to public school district policies or declarations from governors aimed at public institutions. And schools nationwide have said that their top priority is keeping kids healthy and in school. Schools in both left- and right-leaning states will be imposing mask mandates on students, doing activities outside and either requiring or urging teachers and eligible children to vaccinate.

“I’ve spoken to a lot of parents, and no one [said] that, oh, it’s so terrible that we have to mask,” said Rabbi Mitchel Malkus, head of school at the pluralistic Charles E. Smith Jewish Day School in Maryland. “I think everyone understands the situation that we’re in and they’re supportive as long as we can keep school open and the kids will be safe.”

Schools in Florida and Texas are taking a slightly different approach.

The Torah Day School of Dallas, an Orthodox institution, is encouraging but not requiring students or teachers to vaccinate, though its head of school, Rabbi Avi Pekier, said all but two teachers are vaccinated.

Unlike many other Jewish schools, Pekier said his is still deciding whether to require its students to wear masks when school begins in two weeks. Last year it required students in grades 4 and above to wear masks. This year, he said, other local Orthodox schools and synagogues have not required masks, and given how much students interact with the broader community, he believes masking only at his one school will have a limited effect.

“As of right now, shuls are not mandating masks, and as far as I know it’s not even being talked about,” Pekier said Wednesday, as the status of mask mandates in and around Dallas appeared fluid. “It seems like a bit of a joke that our day school masks when everyone else in town is not.”

At the Scheck Hillel Community School in North Miami Beach, Florida, students from kindergarten through high school will eat lunch in an outdoor dining area, just as they did last year, and the school will still stress hygiene and sanitization. Masks will continue to be mandated, as the governor’s stance does not apply to private schools. But the school will not be mandating that teachers or students vaccinate at this time.

“It’s the best protection we have other than the vaccination, and I would think it’s even more so than the vaccinations because masking is that physical barrier,” said Craig Carpentieri, Scheck Hillel’s interim head of school. He said most parents support the mask requirement, adding, “I don’t think any school is ever going to make everybody happy, but our primary focus is to keep everyone safe.”

While the school encourages vaccination, Carpentieri said that given differences of opinion within the school community about vaccines, and recent changes in public health recommendations, the school administration is stopping short of a mandate.

“I think where the challenge has come for the entire U.S. is that we’re doing great with vaccination rates and everybody said you can remove your mask, and then the Delta variant came, so there’s this yo-yo effect,” he said. “We’ve had some questions from parents but not many. It is private medical information, a person’s vaccination status. So it’s not as simple a question as where are you going for dinner tonight?”

With contributed reporting by Shira Hanau.